This feels like an illegal rave. Not surprising given the location: at the centre of Copenhagen free town Christiania – a hippie commune since the 1970s when squatters made their homes in abandoned military barracks – is Den Grå Hal. Translating as ‘The Grey Hall’, the graffiti-fronted empty shell of a building has an extremely DIY ethos. With a bare concrete floor, wooden beams, towering speakers, church-like windows and dark red strobes, it’s the perfect environment for immersive, boundary-pushing performers like avant-garde provocateur Yves Tumor, who psyches himself up in the makeshift backstage area by singing Backstreet Boys classics.

“Turn that shit way up!” Yves demands of the sound engineer moments after hitting the stage. In a fluorescent yellow jacket, purple trousers, white boots and sporting blood-red hair, after kicking out the photographers the Tennessee-raised artist uses the photo pit as a runway and hangs his body over the barrier, while a guy in shorts head-bangs to the genre-fluid performance. 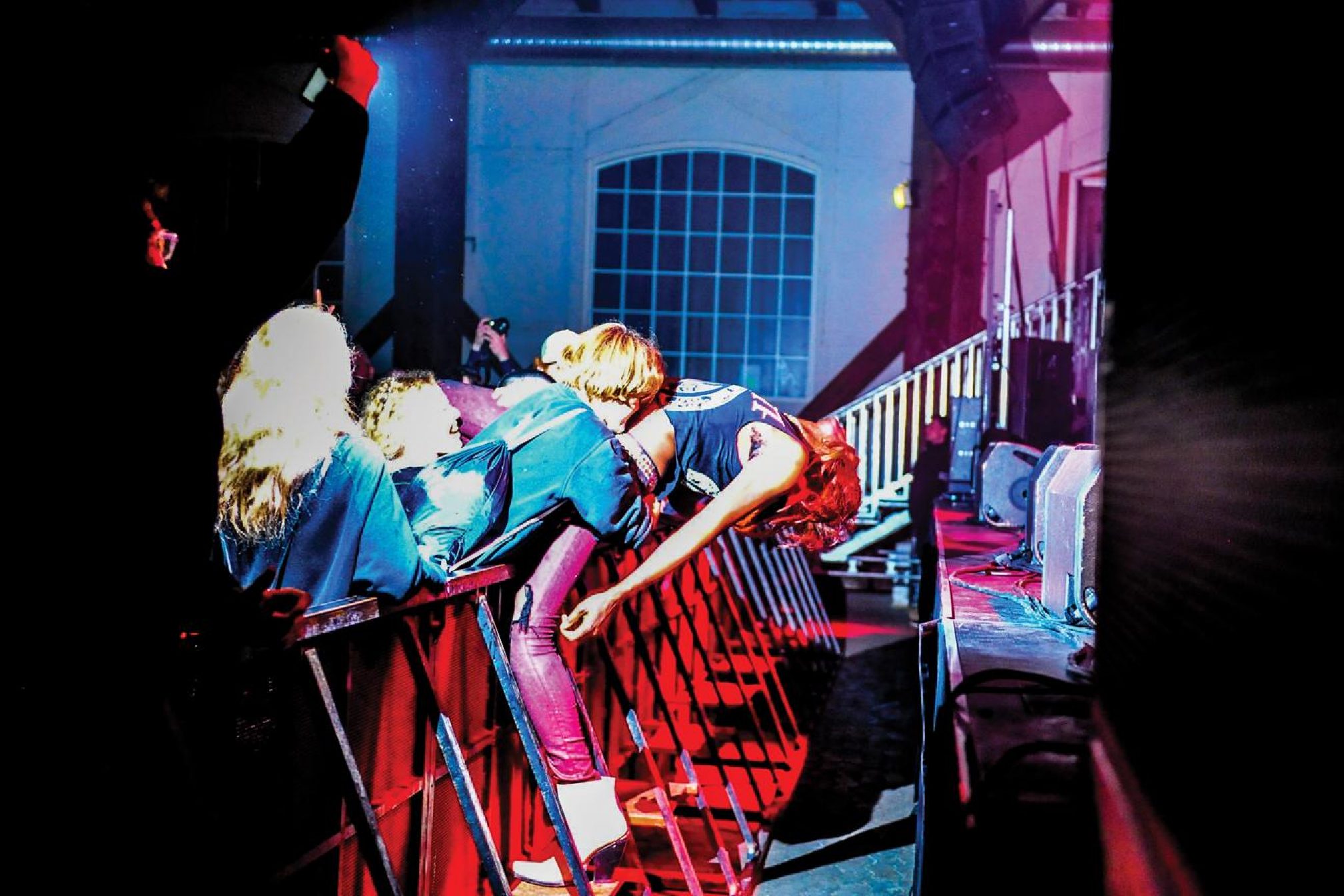 “Character is the most important thing for us: who are the artists, and what do they represent?” says Kasper Bisgaard, music promoter at smash!bang!pow!. Formed a decade ago as a way of bringing their favourite bands to Copenhagen, the 10-person team have hosted concerts by Jon Hopkins, Blood Orange and The Internet already this year. With Journey festival, though, they set out to offer something different for the city, which they felt was missing. “We want to push people a little, and their curiosity,” Kaspar says. “The one thing I don’t want is to give people an experience that’s middle-of-the-road.” He needn’t have worried.

Instead, by putting together a daring and diverse line-up – including many ‘underground’ artists – Journey brings something new to Denmark’s picturesque capital. “The purpose is that people react to it,” Kaspar adds. “I feel there’s a shared DNA in what a lot of the artists do. I think a lot of tastemaker things are very boring these days…” he suggests – an ironic statement considering the next three performers who are about to jump on stage and into the audience.

The festival’s final few rap-focused hours are increasingly wild as three of the UK’s most promising artists bring carnage to Copenhagen. It seems moshpits start at midnight here; even the group of nerdy friends up-front give everything they’ve got, pushing each other around as SoundCloud rapper flexlikekev splits the crowd for chaotic renditions of bass-heavy trap anthems ‘Guap’ and ‘Stars’. 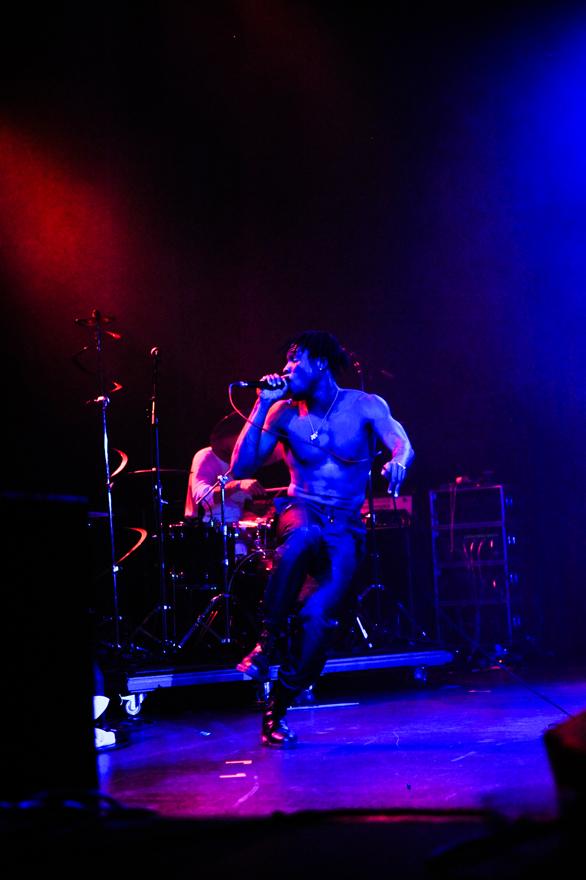 Also taking no prisoners is Slowthai; “And you, you’re not Moses,” he quips at one sheepish guy edging away from the centre of the massive circle pit. The Northampton rapper’s riotous energy hits hardest during ‘Doorman’ and ‘Drug Dealer’ before he leads chants of “Fuck Theresa May, fuck Donald Trump, fuck the government!” A man of the people, the bare-chested MC shakes hands with front-row fans, even making one of their dreams come true… by giving away his sweaty socks.

Closing the first edition of Journey is French London-based rapper, singer and dancer Octavian. As an artist, he embodies the festival’s aim of being ‘the sound of tomorrow’. His show, which veers from slower lighters-in-the-air moments (‘Lightning’ and ‘Revenge’) to moshpit-inducing madness; the Skepta-featuring ‘Bet’ providing a fittingly energetic end to the evening as hundreds sprawl outside at 2am in search of the afterparty.

At workers’ union-turned-1,500-capacity concert hall VEGA it’s a very different atmosphere to the previous night’s sold-out soul and pop-focused event, all devoted singalongs and head-nodding rather than moshpits. Acting as a springboard for some of Denmark’s fastest-rising talents, the genre-hopping line-up at VEGA is proof of the country’s evolving music scene. 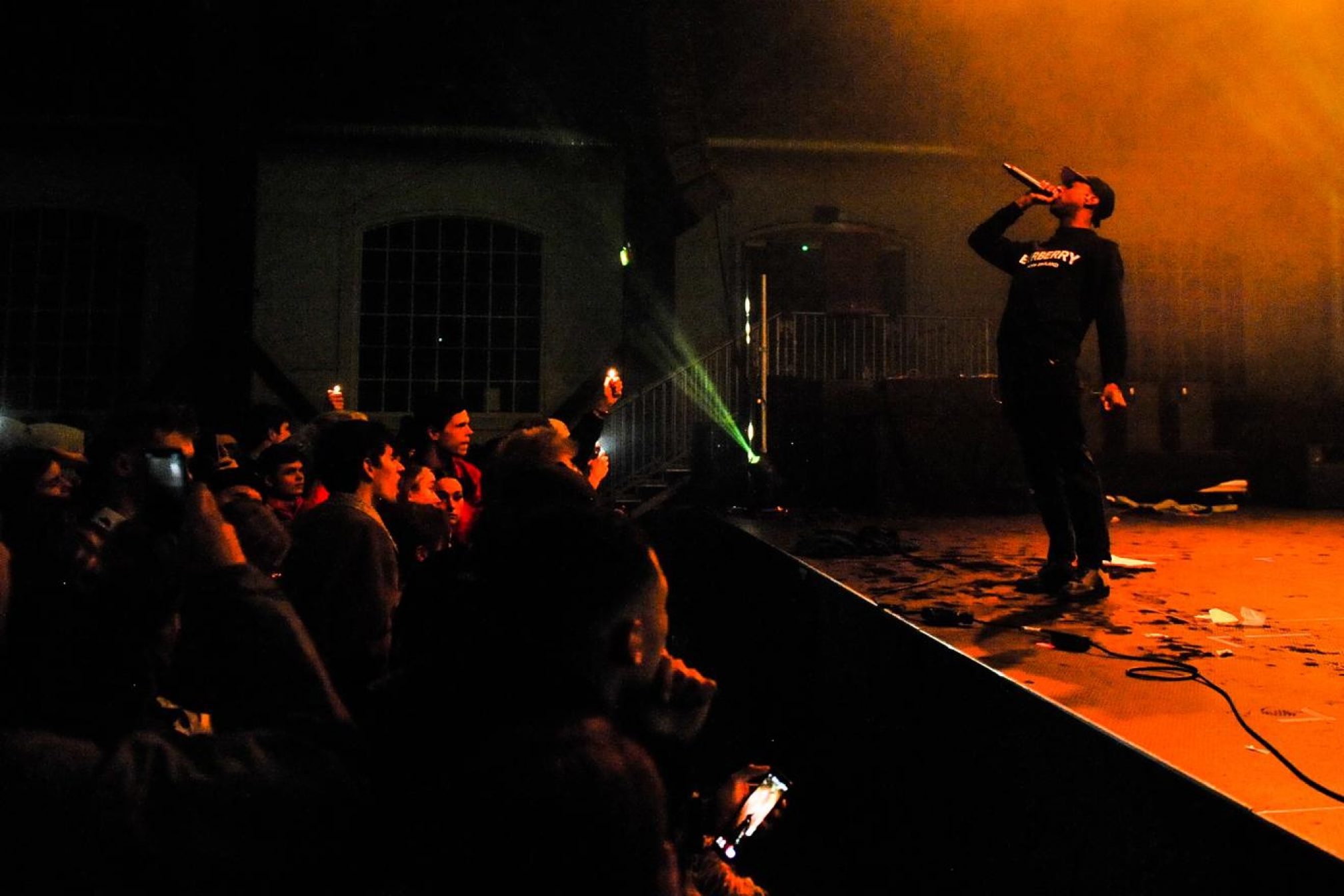 “I feel like there’s been a renaissance for Danish pop and electronic music,” says harpist and alt-popstar Selma Judith, after silencing the attentive audience with her hauntingly beautiful vocal on ‘Kind Of Lonely’. “Nostalgia and the nineties aren’t something that people are ashamed about any more,” she adds.

Vilhelm Strange, guitarist with Aarhus-based alt-pop ‘boy band’ Liss (who have teenagers singing back every lyric) agrees, suggesting that “the local music scene is now more open-minded because genres are getting closer.”

The Danish music scene, then, has never been in a more exciting place. “There’s more going on now than ever before,” says Christian Thomasen, Journey’s promotions manager. “When I grew up there was always a narrative in TV shows that artists and groups were just Danish versions of popular British and American bands.” Over the last decade, though, the landscape has developed. “Now, I see that it’s going completely another way: we actually have bands and artists that are doing their own thing. It’s not something that’s trying to sound like something else.”

Equally, Journey is filling a gap in the Copenhagen festival scene thanks to its varied and, arguably, challenging music programme. “You might not like everything you see,” Christian says, “but there’ll never be a gig that’s irrelevant… we want to keep mixing things up and for each show to make an impression.” Though it’s only the first year, there’s no shortage of ideas for the future: “We want to become a festival that’s worth travelling for – involving more venues, perhaps, or inviting specific artists to curate their own nights, or organising an event that’s constantly on the move.”

A trip to the now and the next that’s without borders or limits, Journey could quickly become one of Europe’s most interesting – and unpredictable – electronic music festivals.