When Jitwam was writing and recording his third album, aptly titled 'Third', he drew from the rich diversity of music and culture he experienced living in New York and London. Over ten celebratory tracks, Jitwam weaves a rich tapestry of disco-funk, bossa nova, psychedelic folk, dusty soul, house, jazz, and Bollywood, finding common ground between ostensibly disparate cultural signifiers. Featuring guest appearances from Melanie Charles and Akhtari, 'Third' is a joyful and uplifting statement of intent from an artist experiencing a profound creative rebirth.

Over his first two albums, 'ज़ितम सिहँ' (2017, Cosmic Compositions) and 'Honeycomb' (2019, Tartlet Records), he blended stumbling beat sculpture, electronic soul and smoked-out funk with broken microphone blues, catching the ears of tastemakers like Kutmah, Gilles Peterson and Henry Wu. Along the way, he’s transformed what was once a solitary bedroom producer project into a vibrant and expansive band show, where he plays the frontman role with effortless style.

Born in Northeast India’s Assam state, Jitwam started honing his skills as a producer, multi-instrumentalist, vocalist, and DJ while growing up in Australia. After graduating from university, he travelled through Asia, Africa, and South America, before relocating to London and, later on, New York. During his time in those two metropolises, Jitwam became embedded in the transatlantic beats, house, and modern jazz scenes, through regular DJ sets and band performances alongside jazz-funk and neo-soul luminaries Roy Ayers, Yussef Dayes, and Hiatus Kaiyote. He also continued to lead The Jazz Diaries (the cult label he co-founded in 2013, remixed for ambient legend Laraaji and featured on Moodymann’s DJ Kicks compilation.

When we spoke in late June, Jitwam was relaxing in the Australian outback after a run of shows across the country. A week later, he left Australia to tour India, with dates across Europe lined up this August. With 'Third' recently released on July 22, Jitwam has recorded an impact mix inspired by the rich music histories and legacy of 70s/80s New York and David Mancuso's legendary invitation-only parties at The Loft.

In our Q&A with him, Jitwam talks about his mindset, approach, and aspirations, while reflecting on a life spent in music. 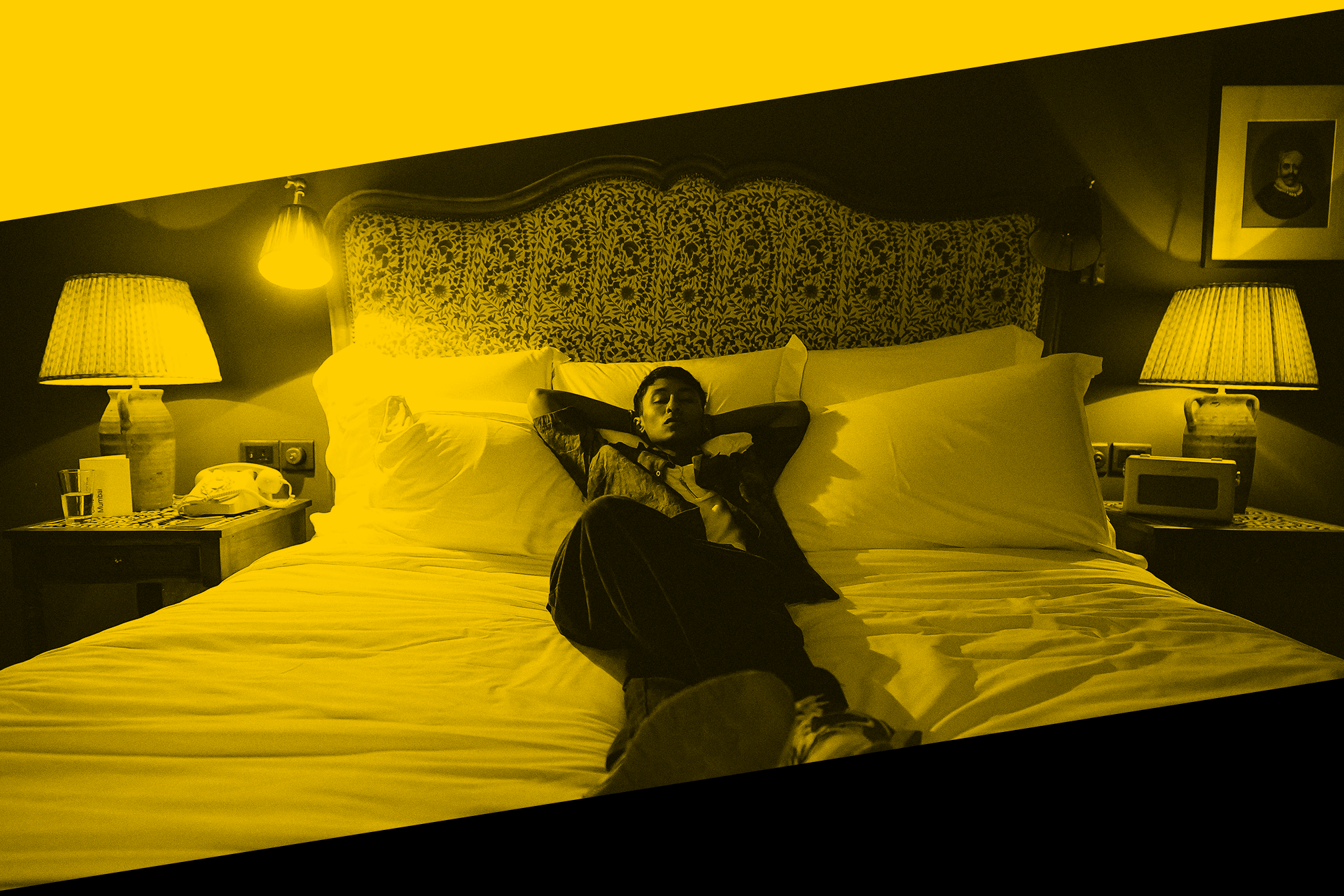 What has been on your mind lately?

I’ve been meditating lately on how to have a growth mindset around everything in my life. I’ve been really focusing on choosing my thoughts wisely, rather than just being stuck in crazy loops. I guess this might be a reflection of coming out of COVID lockdowns or whatever. But yeah, that’s the main thing that’s been kicking my gears lately.

I realised a couple of years ago that many people’s primary common ground these days is shared experiences of trauma and pain.

These are important issues, but what’s also equally important - or more important to focus on - are the things that bring you joy. The more you think about certain things, the more they appear in your life. That’s why I think it’s important to choose your thoughts wisely. I feel like your mind is the vessel through which you experience life. I want mine to be clean, efficient and healthy.

With that all said, can you talk through the context within which you’d like listeners to understand your new album?

'Third' is my third album. The third is so important and meaningful in so many ways - life, death and rebirth. I feel like this is a rebirth for me in terms of using all the knowledge I’ve acquired through DJing and production and taking that into the live realm. My questions to myself have been, what does that look, feel and sound like when I’m mixing that with collages and samples and really exploring the in-betweens.

Being a diaspora kid, 'Third', for me, also has a lot of references to third culture. I’m trying to blur the lines between what we think of as different cultures, rhythms and genres and show that despite how different these genres are - or how different we are as people - we’re all grounded in the same drumbeat really.

At the same time, there are some very specific and considered references across 'Third'.

This record was largely written in New York. I wanted it to feel as if you were travelling through the different boroughs and picking up on Latin music, disco, funk, rock, and soul while absorbing their different sounds, rhythms, and smells. I really feel that as varied as 'Third' is, it still feels whole.

That comes down to how similar these things really are.

One of the interesting things about New York music is how much it represents lifestyles, mindsets and looks that people all around the world view as aspirational.

Right. Well, I mean, New York is made up of people from all around the world. There’s one tune on the album, ‘Brooklyn Ballers’. Yes, it’s about Brooklyn, like hustling in the city of Brooklyn, but it’s also a metaphor for how we’re all a part of that collective hustle.

There’s also some very specific geographic detail in that song, like going back to Wei’s, a late-night restaurant in Brooklyn, to eat Chinese food.

Shout out to Wei’s. I miss that place. Something I’ve realised throughout my travels is that good food at three o'clock in the morning with the crew is one of the most celebratory experiences you could possibly have. 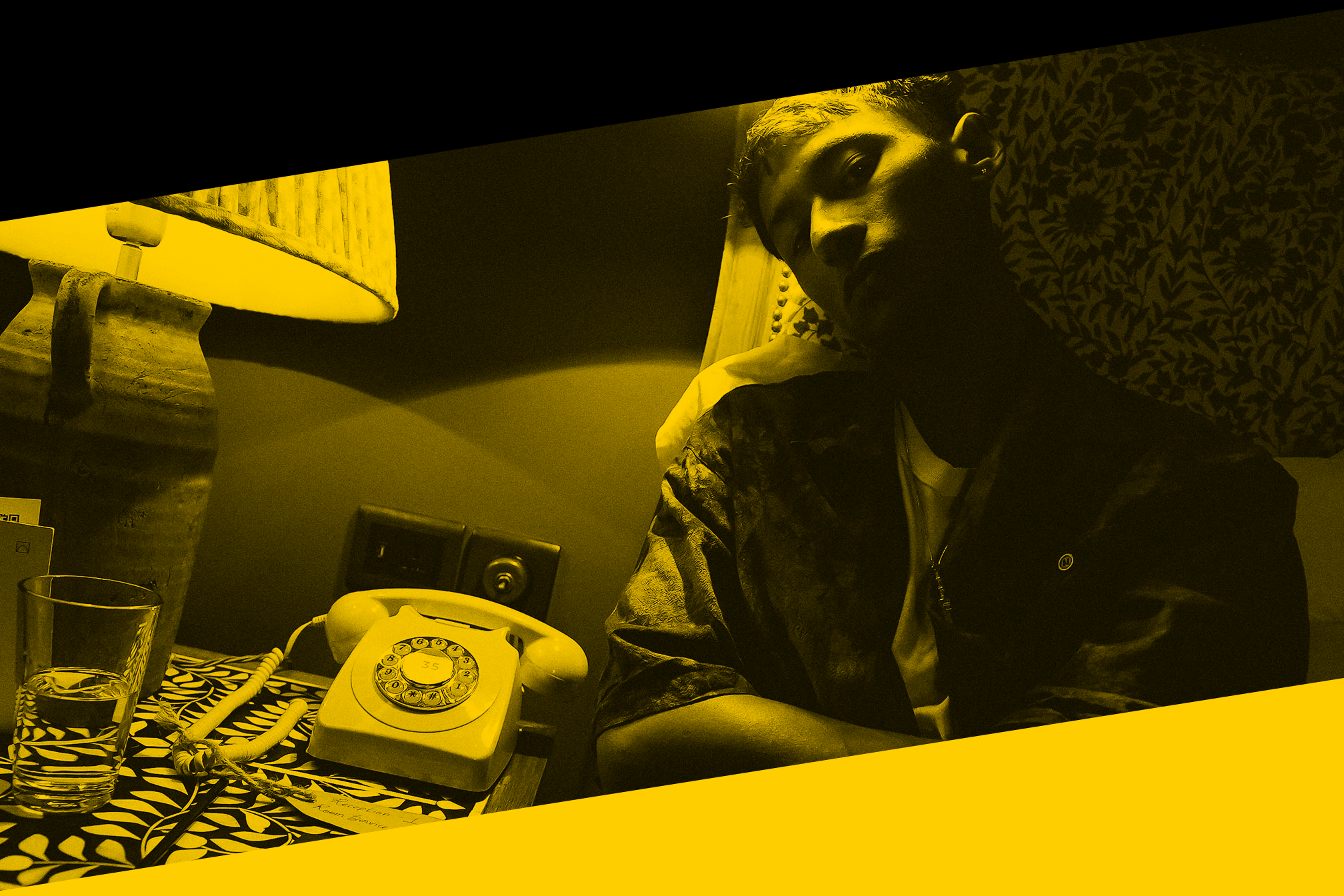 'Third' is your third album in five years. What do you think have been some of the more positive shifts in music over the last half-decade?

With the stuff that I’m inspired by and attracted to, I think we’ve been moving towards more authenticity. There’s been a resurgence in actual musicians working in electronic music who are dedicated to their craft, which has really opened up the landscape, not just for listeners but for producers as well. The other really positive thing has been how much the internet has connected scenes around the world, which has led to some crazy collaborations and fusions of styles and sounds that weren’t necessarily thought of or possible before.

Even with a lot of jazz and electronica, we’ve got so many more drummers, piano players, trumpet players, etc., collaborating on records. That’s made for a more vibrant sound that pushes past the loops and the software. It just cuts through the mix, and you can feel it so intensely.

Speaking of jazz and electronica, next year will mark ten years since the launch of The Jazz Diaries.

I just did a two-hour Jazz Diaries special for Balamii Radio, and I was so proud. We’ve put out so many fire records. It’s crazy how time flies. It’s also crazy how many cool human beings I’ve been able to interact with through this music thing. I remember talking to a friend of mine from Atlanta, Stefan Ringer. He was like, “Man, think about all your friends. Now, think about if you didn’t have music as part of your life.” Dude, it was a daunting thought. Music is so powerful, not only in terms of listening to records and having your whole mindset change but also in the friends that you keep and the shared experiences you have. It’s unbelievable, really.

At the end of July, we're releasing 'Home Location', the new album from [the Japanese violinist, producer, curator, DJ and multi-instrumentalist] Elle Shimada. Elle’s been music directing my live band shows. Actually, the first sound that you hear on 'Third' is her playing the strings on ‘India’. It’s been really great to be able to be a part of her album as well, because it’s such a moving piece of art. I think she’s going to go really far.

Read this next: A guide to Mixmag's South Asian Series

Over the last couple of years, there's been an overdue acknowledgment of South Asian artists' and scenes' contributions to the broader musical landscape. Where do you see yourself in all of this?

Once you’re able to embrace your own heritage and culture, you’re really able to become more of yourself. I think a lot of the South Asian communities from all over the world are realising how unique and important their art, voice and style are. It’s such a shame that the wider music scene doesn’t yet look at Indian composers from the '60s and '70s as being up there with the greats of the greats. [The Indian film music composer] R.D. Burman has a virtually unmatched legacy. You can put him up against pretty much anyone. Do you know that record 'Synthesizing: Ten Ragas To A Disco Beat' by Charanjit Singh?

Charanjit Singh was actually the sound designer for a lot of early R.D. Burman records. So all those synth noises you hear are Charanjit. They are the most forward-thinking, advanced sounds from the late '70s. It’s so techno. When '60s psychedelia was coming through, R.D. Burman was mixing that with the traditional music of the day and creating this new sound for Indian music. When disco came through, it was the same thing again. With 'Third', I’m really trying to continue the legacy that R.D. Burman laid down of being a musical melting pot of sounds from all over.

Can you tell us about your Impact mix?

This mix is a tribute, an ode to the forgotten loft parties that started what we now call house music. A place where the soundsystem and dancefloor were a refuge from the storm, a healing experience of unity and togetherness that made you feel connected to all living things, no matter class or creed. Long live love house music.

Jitwam's album 'Third' is out now via ROYA, get it here and get tickets for his upcoming tour dates here