The Waterfront Congress Centre in Stockholm, venue for Scandinavian offshoot of Barcelona's Sónar festival, is shiny and new and devoid of any of the low ceilings, dark corners and sticky floors of the UK club scene. A bit sterile, in fact. It's hard to see how Jamie xx's rave redux sound is going to translate, especially because it's the first set he's played in months – and he's anxious. There's an early misfire when he drops an old soul track which sounds flat in the cavernous space. He quickly readjusts towards a more peak-time vibe. Tracks from 'In Colour' feature prominently—'Girl', 'Sleep Sound' and 'Loud Places'. The feel-it-in-your-guts bass and warm atmospheric drones of 'Gosh' sound epic. A tough gig, then, but he pulls it off.

You have to know your business to turn a difficult situation like that into winning proposition. Jamie may not have followed the tried-and-tested dance music path, but he's put the hours in, he's earned his stripes. It's why, even though 'In Colour' is his debut, it doesn't feel like it.

He genuinely cares about the culture of dance music, too. In addition to his vinyl- and CD-only policy, one of the things he plans to do in the near future is put together a sound system – he mentions James Murphy and Soulwax's Espacio project as a reference – to take on tour with him. Because he plays a lot of vinyl, it's hard to achieve the same volume as digital, something he says is even more difficult in the US. It's not about making a grand statement; he just wants the music to sound as good as it can. There's something brilliantly old-school about that. 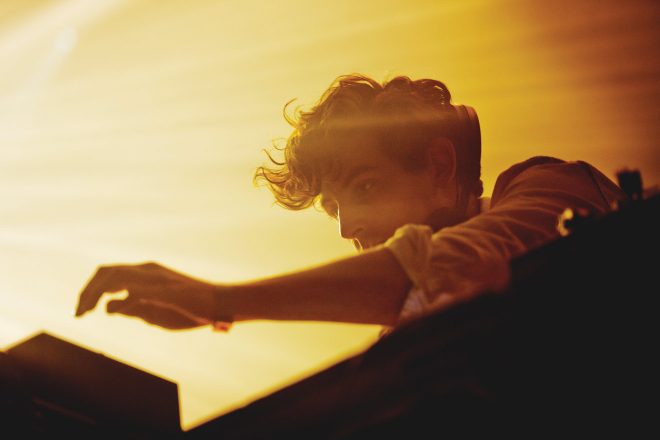 He's one of us, then, but, at the same time, it's hard to imagine any one else in dance music doing something like Tree Of Codes, a contemporary ballet based on the artwork of the same name by US writer Jonathan Safran Foer. A three-way collaboration between Jamie, top flight choreographer Wayne McGregor and visual artist Olafur Eliasson, it was commissioned by the Manchester International Festival, where The xx played in 2013. Jamie has become a ballet fan as a result.

It's that mix of UK dance history, a love of playing music to other people for its own sake, and the twists that come from his other life in The xx that make Jamie one of dance music's most compelling figures. He doesn't see it that way, saying that he feels part of electronic music but not the club scene.

He's wrong. In fact, Jamie xx stands for everything that's good about spending hours lost in the groove. He can't dodge that – even if he wants to.