“I don’t know how the fuck they’ve pulled this off, but I’m glad they did,” says a smoker as she wilts against a wall outside Wire. The sky above Leeds’ high rise city centre is turning from inky to ice blue, and there are just a couple of hours left of the first ever Inner City Electronic. Downstairs, beneath a vaulted brick ceiling, Helena Hauff is ravaging those who still have the energy after more than 15 hours of parties, talks, workshops and demonstrations.

The brainchild of Bluedot Festival’s Ben Thompson and Ben Robinson, and local hero and 2020 Vision label boss Ralph Lawson, ICE is a city-wide celebration of all Leeds has to offer. Known around the UK and beyond as a party town, the truth is the last few years have seen it mature into so much more. Long-term investment from commercial enterprises – chiefly a shiny new shopping centre and lavish John Lewis – has given smaller investors the confidence to put their money into more cultural ventures.

Formerly a city known chiefly for Back To Basics – possibly the longest-running weekly house party in the world – Leeds now offers everything from DIY party spaces to cooperative, members-only venues, multi-purpose and multi-storey live music spaces, converted warehouses, bus stations and even a church-turned-rave heaven. All and more are in action tonight, and there’s a palpable buzz as locals, Londoners and even a group from Lithuania explore the compact city, planning their next move. 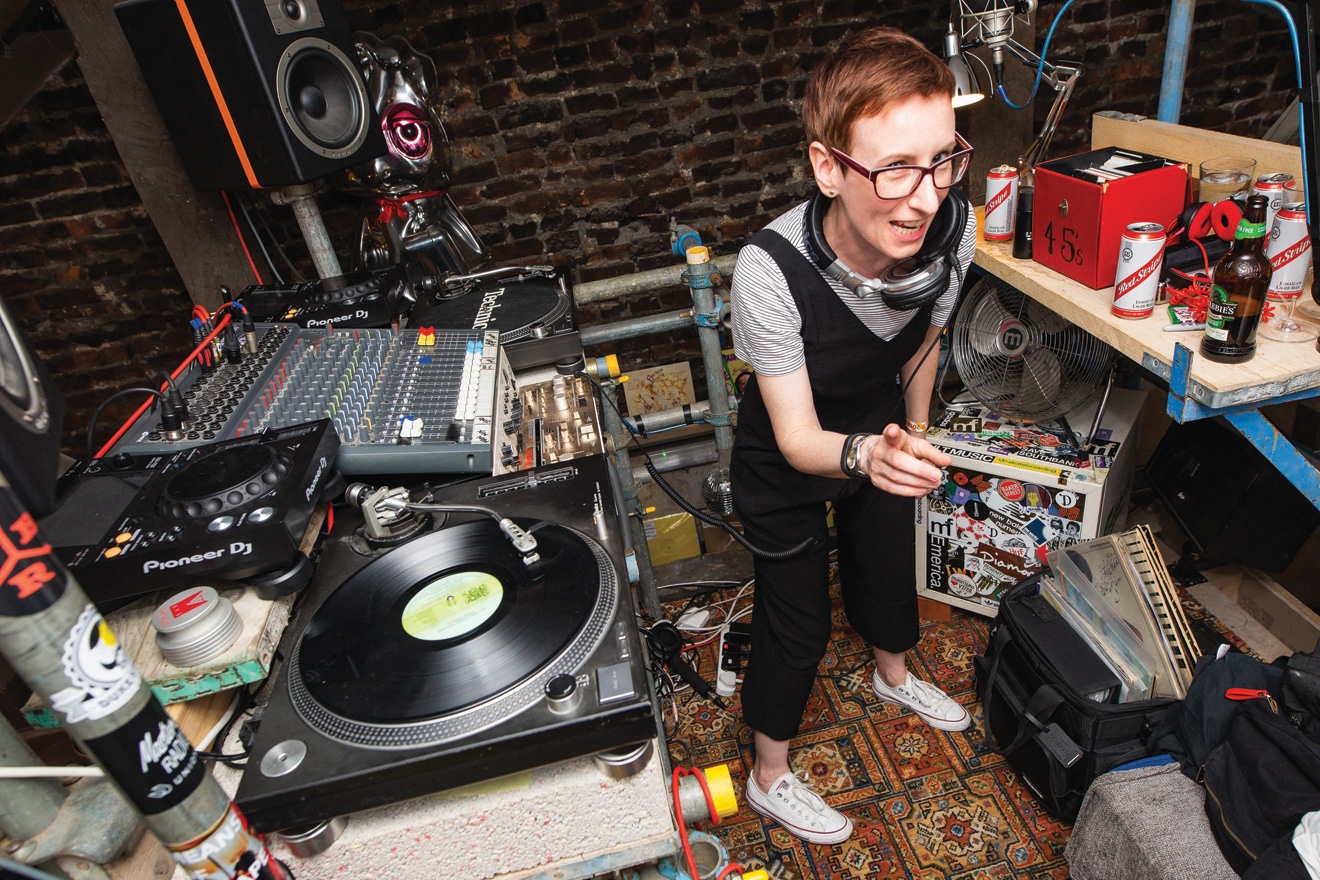 And this is a perfect opportunity for both locals and outsiders to check spaces they might not otherwise. Early in the afternoon there are talks on the musical history of the city, hosted by Bill Brewster, a dub masterclass where Prince Fatty welcomes people on stage to look at his legendary mixing desk, and a live tutorial from Bulgarian wizard KiNK, who invites people up to the DJ booth to smash away on his drum machine before turning it into a loop and incorporating it into his set.

”We do have a serious agenda and we do mean business,” says Lawson on one of the many occasions he pops up over the course of the day. “We are definitely aiming to find new talent and give them the tools they need to survive and then make it.” To that end, local crew Equalizer – a collective of female, transgender and non-binary people working towards diversity and equality – host one of their workshops at Hope House, the home of Cosmic Slop, a party run to fund a charity for young people at risk of exclusion from school. Next, local producers get to hear their beats on Slop’s internationally renowned soundsystem and get feedback from peers. 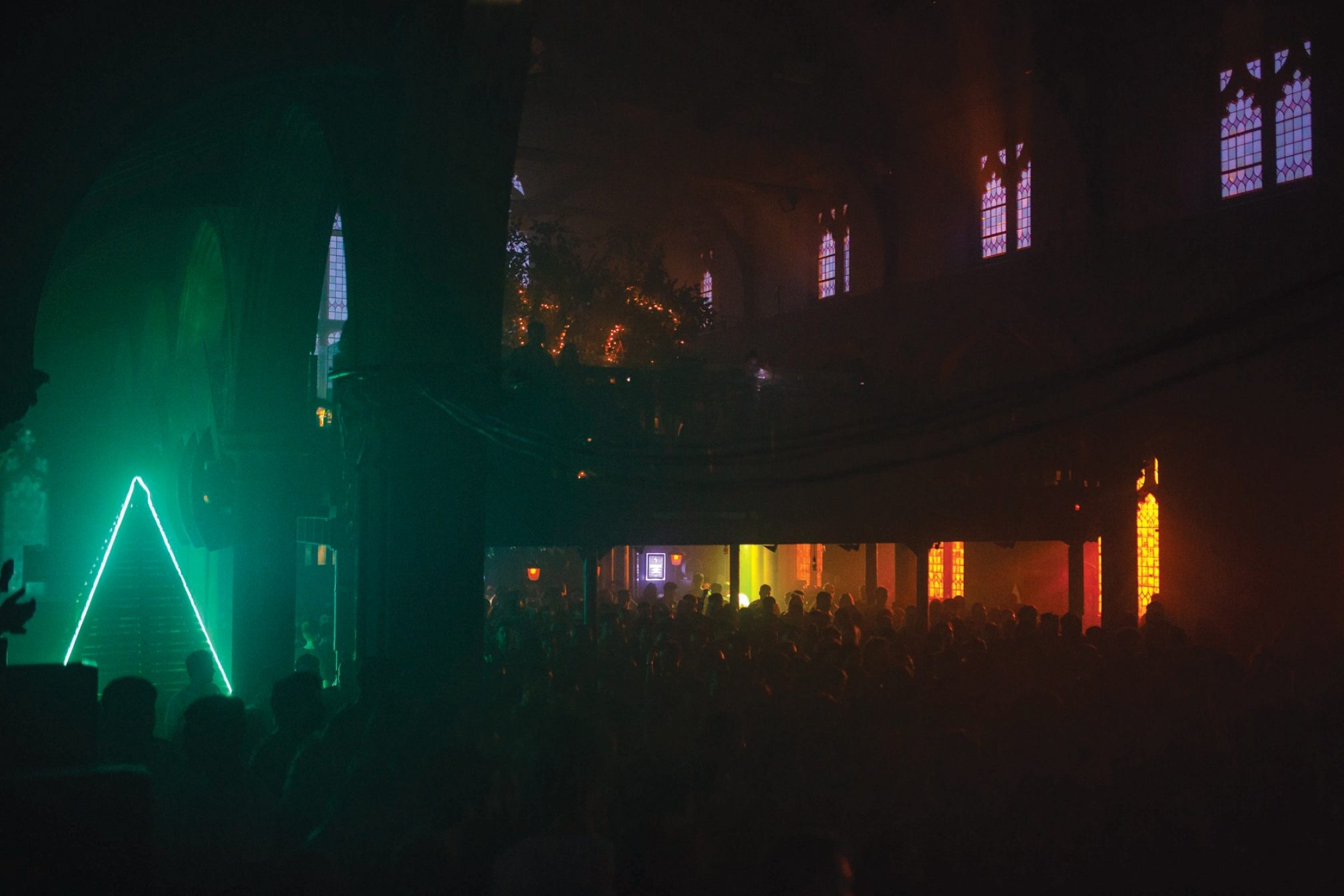 Later in the night, the same space is transformed into a party room for 200 people. Joy Orbison plays a surprise two-hour set of deep house jams (Kyle Hall’s ‘Down’ gets a rapturous reception) and soul-infused garage that ushers in the nighttime sessions.

Most of the 11 venues are within just a mile or so of each other. A short walk across town takes us to Distrikt, a cosy underground cavern where local DJs play every night, and anyone from Moodymann to Octave One come the weekends. Their newly opened terrace is already packed with a young crowd, sweating and smiling as if it were much later than it is to local party Butter Side Up’s slick and connoisseur house sounds.

Somehow, every venue is full enough for there to be a vibe, but we only have to queue once in the whole evening. As people wander about town, mingling with normies on their way to a karaoke club or one of umpteen aspirational cocktail bars, there’s an excitable, celebratory atmosphere in the air. And there should be, because there’s now a genuine wealth of interesting spaces and a smorgasbord of sounds to explore in Leeds on any given night: youthful party animals can get their thrills in warehouse spaces, while more mature music lovers can enjoy esoteric offerings in grown-up bars. 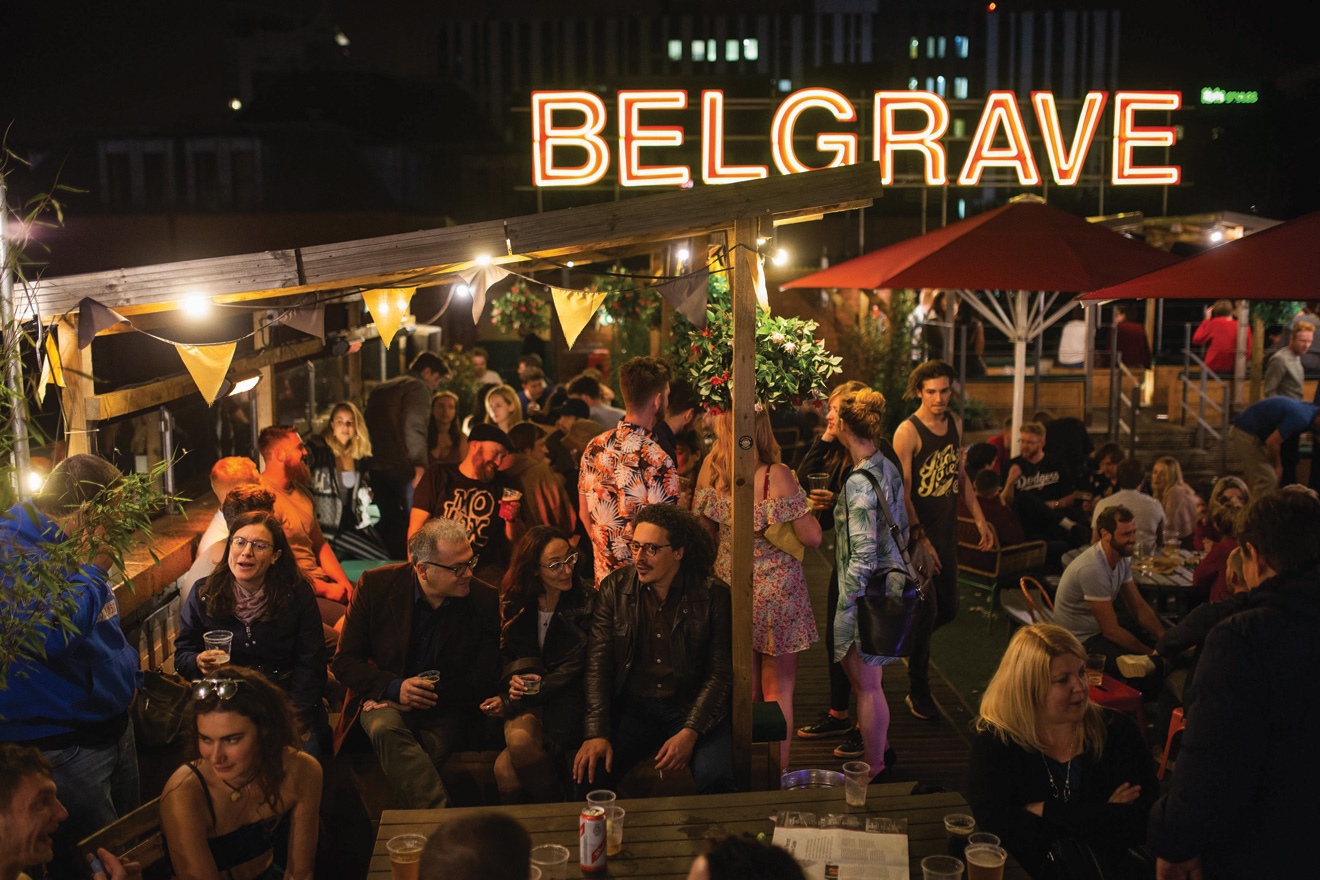 Belgrave Music Hall is one such space, offering niche live gigs and fast-rising DJ stars in a raw inside space or on a lush rooftop. Tonight, the middle floor has been kitted out with a super-spec soundsystem from the respected TPI, who have also collaborated with local company Mastersounds on a turntable vibration isolator being demonstrated for the first time tonight, after a talk packed full of knowledge on such matters earlier in the day. Ralph Lawson, Craig Richards, a live set from Radioactive Man and chugging dub disco don Andrew Waterfall all play on it, the latter turning an older crowd inside-out with hi-def cosmic melodies ’til gone 3am.

The line-up for ICE is ambitious. There are no safe bets, boring heritage acts or obvious big names: Avalon Emerson lays down a drum-heavy assault at Headrow House after Dopplereffekt mesmerise with a live set; Floating Points plays live in the cavernous and converted Church, the backlit stained glass windows behind him add celestial qualities to his immersive synths before Peggy Gou races through genres like a benediction.

At midnight, in the living room-like Doghouse Bar and record store, ex-pat Midland sits on a sofa recounting nervy days spent travelling to dodgy local estates so he could play d’n’b on pirate radio station Dream FM. Next to him, Leeds lifer Paul Woolford talks about the musical freedom he enjoys when DJing in the city. The whole conversation, along with the preceding day’s DJ sets, are streamed live on the city’s online station, KMAH Radio. Both DJs then head to Wire to play to adoring fans, teasing with reserved but rave-tinged tracks before really letting loose in the early hours. As people in shorts and vests and glitter-splattered girls spill out onto the streets, there are countless unofficial afterparties being planned. That’s what Leeds will always be known for, but as Inner City Electronic has proved, there’s also plenty of life outside the rave.