Gellaitry’s neck-snapping productions have found an audience on US turf, where legions of enthusiastic Americans have racked up millions of Soundcloud plays while the artist was still in his teens. “American fans are more vocal about my music whereas Scottish fans would just say ‘aye, it’s alright,’” he says of his transatlantic fanbase. Now 20 years old and signed to XL Recordings, this global acclaim has culminated in several headline US tours, a recent performance at Coachella and a DJ Shadow support slot in the bag. In light of his success Stirling has become a necessary equilibrium where “everything just feels normal” for Gellaitry, giving him some form of respite away from the surreal hysteria that becomes everyday life for a producer who has Will.I.Am in his contact list.

“Most people who grow up in Stirling don’t stay here, or those who do stay here don’t enjoy it because it’s so small, but I find the opposite. If I’m doing shows in Europe or America coming home to where everyone knows each other is great. The location, the scenery, the people, it’s all quite grounding for me.” 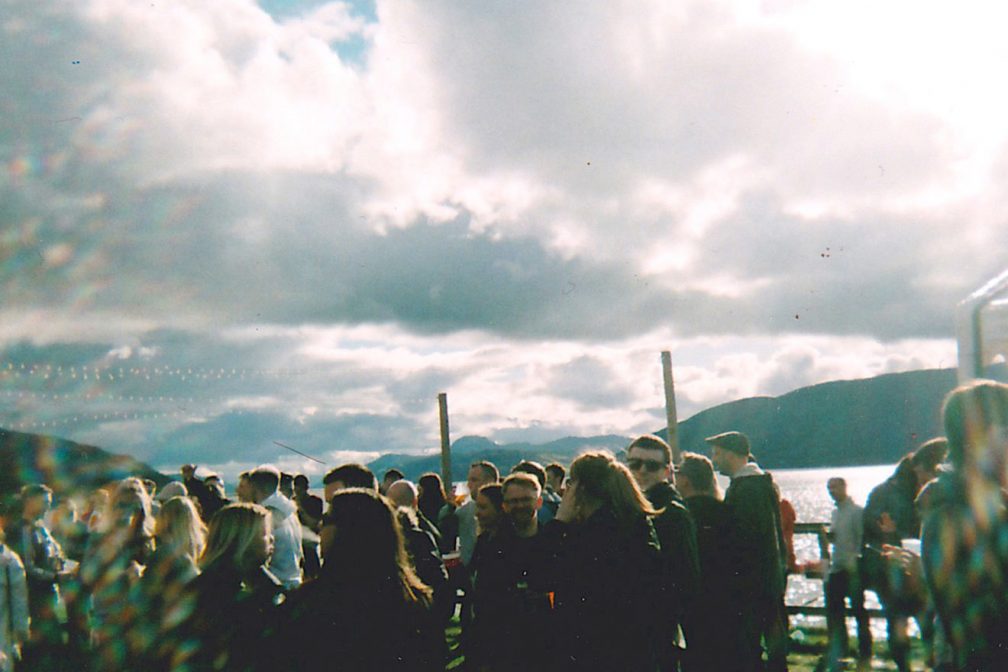 “Scotland has a grit to it in the industrial areas like Dundee or Aberdeen, but you’re also never too far from the sea and there’s an amazing contrast in that,” cites Neil McDonald, otherwise known as Firecracker Recordings artist Lord Of The Isles. Now based in Edinburgh, McDonald was born in the picturesque surroundings of Fife on the east coast before moving to Dundee as a youngster, and now regularly takes himself back to nature to find new inspiration.

“It’s got such a long coastline that you’re never too far from the sea, and if you go up to the highlands it almost feels like you’re on the end of an island,” he says, describing how the expansive, ever-changing landscapes of Scotland became embodied in his 2016 LP ‘In Waves’. “When it gets dark at 3pm in the winter you’re in the studio, and in summer when it’s light you’re making the most of your time outside. There’s a melancholy aspect to that, and I think being from the northern hemisphere has something to do with it. It’s where you’re from, it’s in your heart really. Well, it’s either that or the whiskey…”