On the north east coast of Scotland lies Aberdeen, the Granite City named so after the towering grey-stone that dominates the skyline of this tough area. Aberdeen is a city of contrast, one where expansive coastlines lie just beyond the city’s industrial heritage – it’s shipping port. Dance music here shares a similar juxtaposition. On one side there are the commercial nights that rule most cities but on the other, there are names like Ida aiming to change that. As a resident DJ at Tunnels – the Sub Club of Aberdeen, if you will – under the Let It Bleed banner, Ida set up her own bi-monthly ode to the TB-303 in Acid Flash in 2015. For the Finland-born Ida, Acid Flash looks towards classic Chicago house and Drexciya-era Detroit techno to offer an antithesis to the tech-house events that rule some parts of Aberdeen.

As one of the few female DJs in the city, Ida wants to change what is still a male-dominated pool of talent. “When I started there were no female DJs, and as far as I’m aware I’m still the only one,” she says. “I’ve been trying to get more women involved here in Aberdeen. That’s a big ethos behind Acid Flash, it’s about sticking together and building something new.” Emphasising under-the-radar talent and a cheap thrills party for Aberdeen’s skint Art School students, welcomed Acid Flash bookings such as Glasgow locals Elisha and Rebecca Vasmant have injected some much needed diversity into the port city. 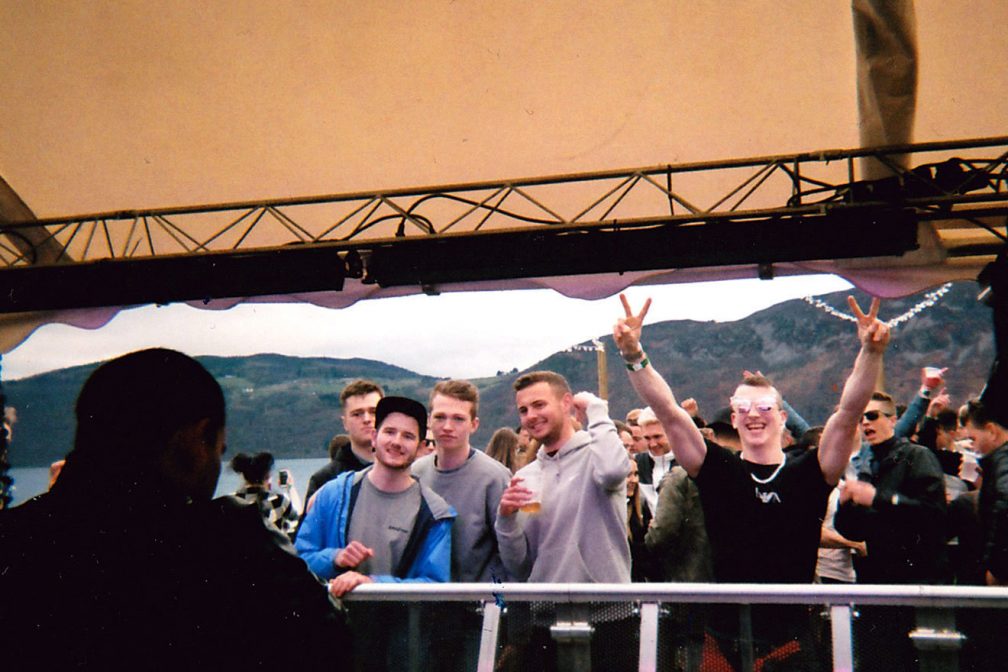 Travelling four hours up the road and through the Cairngorms, the largest national park in the UK and the type of blissful setting you will only discover after battling the elements in the middle of nowhere, I arrived in Inverness. Making my way to the outskirts I find myself overlooking the crashing tide of Loch Ness at The Dores Inn, a picture-perfect spot owned by an ex-raver that on April Fool’s Day caters to a more diverse crowd than usual. Tourists order their token haggis, neeps and tatties at the bar inside while out, couples snap new profile pictures amid the backdrop of the UK’s most revered monster-dwelling landmark. Aside from it being a day of rare sunshine in the Scottish highlands this would be just another ordinary Saturday if not for the 400 Innis & Gunn-fuelled Inverness locals flooding the otherwise silent opening of Loch Ness with chants of ‘HERE WAE, HERE WAE, HERE WAE FUCKING GO…’

The occasion, and the reason why faux pro cyclists and perplexed old dears alike are staring in our direction with bemusement, is OutDores, a homegrown all-dayer that's welcomed Feel My Bicep’s Hammer for its second year celebrations. “We haven’t got investors, we don’t have a dedicated club and you can see that we haven’t got big money,” says Mark MacKenzie, resident and promoter of OutDores alongside long-time drinking pals Ally Ridgers and Cisco Rodrigues. “But that’s what it’s all about. Even though it’s out of necessity rather than choice, it’s about building something... And hopefully getting some enjoyment out of it.”