It’s just 10.30pm, absurdly early by New York nightlife standards, but there’s already a queue half a block long outside a mid-sized warehouse in Bushwick, Brooklyn, with a huge, blazingly hued YES painted along its side. Above the thrum of the buzzing crowd, a lyric that’s deeply embedded in clubland’s collective consciousness can just about be heard: “Music’s hypnotising / Everybody’s temperature’s rising / So get down.” The song reaches its climax as Mixmag steps inside, Raw Silk’s gleeful, 37-year-old call to arms – “Do it to the music!”– reverberating through the venue’s high-ceilinged main room. And with upstretched arms, swinging hips and acres of bare skin, a polysexual throng is happily following the singer’s every command.

Tonight is the NYC Pride edition of Glitterbox, the Defected Records-affiliated party that’s made a speciality out of the kind of kaleidoscopic, disco-tinged spectacles that encourage, if not outright demand, a commitment to individuality and self-expression. Defected’s success has largely been built on the way it upholds house’s musical traditions; Glitterbox, which sprang to life as an event series in Ibiza in summer of 2014, follows the same template, but sprinkles it with a shimmering rainbow of mirrorball abandon. “It felt like dancefloors had become very serious, lacking personality,” Defected/Glitterbox head honcho Simon Dunmore tells Mixmag. “For me, the characters on the dancefloor are a big part of what made a great night. The basic idea was to put together a way to bring back a real sense of flamboyance while celebrating dance music from over the decades.”

Since making its New York debut in the summer of last year, Dunmore’s creation has been headquartered at House Of Yes, a venue that values flamboyance as much as Glitterbox does. Its founders, Anya Sapozhnikova and Kae Burke, conceived of House Of Yes, originally based in an erstwhile squat, as an alternative performance venue and creative event space; the current 475-capacity venue enables them to host larger scale events like Glitterbox. “People come to House Of Yes for the community, to make friends, to learn about themselves and grow, express themselves,” Sapozhnikova says. “And Glitterbox is all about expressing yourself as well.” 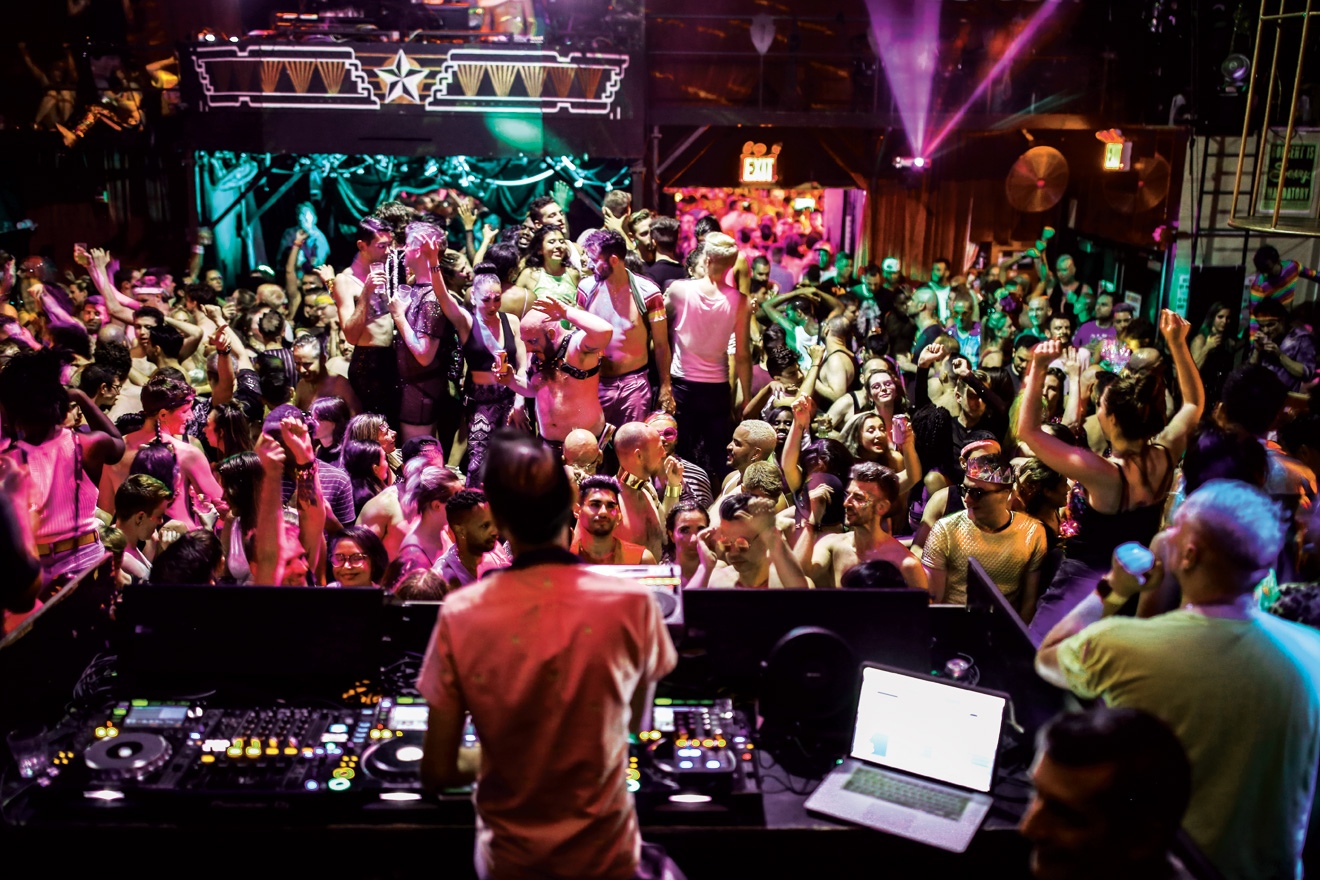 The unofficial dress code apparently calls for sequins, glitter and exposed flesh – but the DJs, spinning from a booth set up on the space’s stage, are clad a bit more modestly. For instance, Glitterbox resident Melvo Baptiste, the night’s opening spinner, is garbed in a stripy shirt and baseball cap. His selections, though, are considerably gaudier, his set composed largely of retro-leaning stompers like D-Train’s ‘You’re the One for Me’, Ultra Naté’s ‘New Kind of Medicine’ and Kashif’s ‘I Just Gotta Have You (Lover Turn Me On)’.

The congregation of revellers adore it –and really, it’s hard to not love this music, even if you’ve heard these songs a dozen or a million times before. But midway through Baptiste’s set, the real extravaganza kicks in. House Of Yes’s secret weapon, a preternaturally talented and diverse troupe of dancers, aerialists, drag queens and general mayhem-makers come out of nowhere to commandeer the room’s every corner, swinging from the ceiling, spinning in go-go cages and dusting the dancers with yet more glitter from a podium sitting squarely in the centre of the dancefloor. This is clubbing as sexed-up carnival spectacle.

It isn’t even midnight, and long before the night’s headliners, Dimitri from Paris and NYC’s own Eli Escobar, have their turns on the decks. Dimitri, sporting a bow tie and crisp blue shorts, takes control at 1:AM, cycling through such crowd-pleasing chestnuts as Clivillés & Cole’s ‘A Deeper Love’ and the Pride-appropriate Better Days mix Carl Bean’s ‘I Was Born This Way’. Escobar, incongruously garbed in a black Minor Threat T-shirt, kicks off with an edit of Madonna’s ‘Vogue’ before dropping a series of synth-pop gems like Erasure’s ‘A Little Respect’. The night’s grand finale is a hugely dramatic version, Escobar’s own, of Irene Cara’s ‘Flashdance’. “I was a little concerned I may have crossed the line into too-cheesy territory,” he confides afterwards, “even though I personally don’t think about music that way at all.” 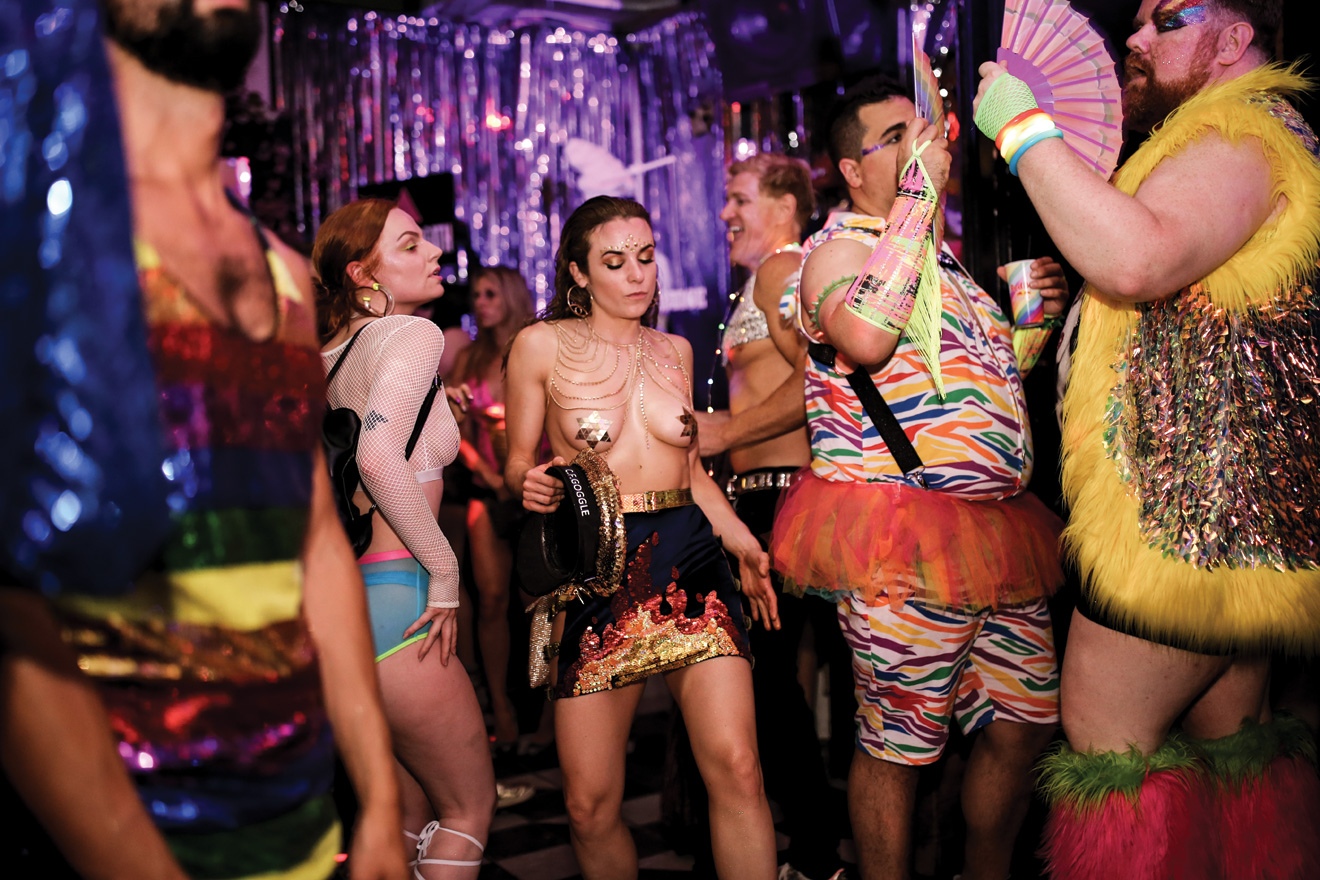 The party is punctuated by a short live set from another native New Yorker, Fiorious, whose massive ‘I’m Not Defeated’, released on the Glitterbox label, is seemingly everywhere this Pride season. Fiercely handsome in tight-waisted pinstripe ensemble and black gloves, he prowls the podium with the kind of moves that call out for a battalion of back-up dancers (a couple of House Of Yes performers oblige at one point). Belting out ‘I’m Not Defeated’ along with a pair of upcoming singles, ‘Future Romance’ and a swooning cover of the Aly-Us classic ‘Follow Me’, it’s a slinky and supremely confident set, as much an ode to freedom as an invitation to get down.

‘I’m Not Defeated’ was released just this past spring, but it’s the kind of archetypal dance music that wouldn’t have sounded all that out of place if Junior Vasquez had played it 20 years ago at Sound Factory, or if David Morales had given it a spin 30 years ago at The World. “It’s about recalling a golden age of house that’s rooted in the past, but not have it feel like, ‘Oh, I’ve heard this.’ It still needs to resonate today,” Fiorious explains.

But even with that resonance, the scene does run the risk of becoming an exercise in back-in-the-good-old-days nostalgia. The songs are rooted in, or at least reference, the past; the affair’s theatricality is straight out of Studio 54 and performance-oriented 70s discos like GG’s Barnum Room and Le Clique. 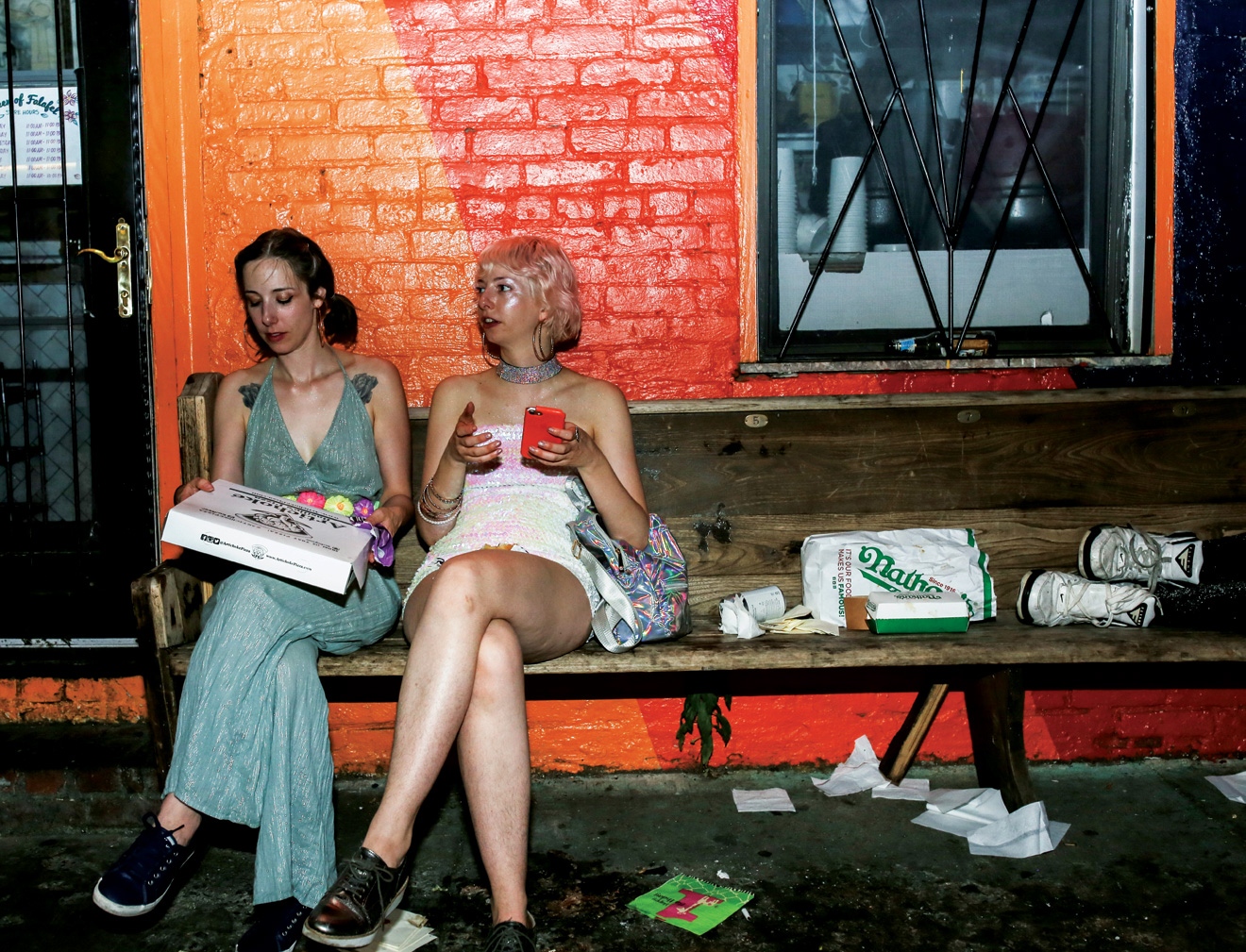 But for Dunmore it’s an homage, one based on the music and the clubs that have got us where we are today. “The history absolutely matters,” he explains. “The Garage, the Loft, the Funhouse…those are the clubs that paved the way. That music is so important in the lineage from disco to house, to what people are dancing to now.” His love for NYC’s music and clubbing culture is evidenced by the line-ups booked, which include such golden age Gothamites as Masters at Work, Roger Sanchez, Todd Terry and Jellybean Benitez. Escobar sees Dunmore as more of a fanboy than anything else: “I think he’s still thinking, ‘I can’t believe I’m able to book people like Jellybean or Todd to play at my party!’”

Besides, 95 per cent of the crowd at Glitterbox are far too young to have experienced this kind of music or this kind of nightlife the first time around, anyway. “It’s a whole different audience now,” Dimitri says, “and I’m not sure that they even think of what we play as New York–style music, or know anything about its history. But it’s music that has richness and flamboyance and life, and people can always relate to that.”

Outside House Of Yes, just before closing time, there are throngs of couples, fresh out of the club, engaged in hot and heavy make-out sessions. The music, it seems, has worked its magic, as it always does.

Label Focus: Defected
Hï expectations: Glitterbox is putting Ibiza's newcomer through its paces
New York Rising: How Brooklyn became one of the world's best clubbing destinations
Get the best of Mixmag direct to your Facebook DMs