Right now, it’s hard to write about Hï without first mentioning the club that stood on the site until last year. If you were lucky enough to be at last year’s Space Closing Fiesta you’ll know why. Quite simply, the party was unbelievably special. From the DJs, to the clubbers on the floor, along with the staff working the event – everyone raised their game to a level rarely seen these days in clubland. Indeed, the atmosphere evoked memories of a bygone dance music era, and more than a few tears.

The vibe that night was totally unique, beyond comparison, but it wasn’t the norm – that would be impossible. Like any iconic nightclub, Space had its off nights. Back in the mid-90s, it was the first club on the island to upgrade its soundsystem, yet over the course of the next 20 years the rest of the clubs on the island caught up. By the time the lease finally expired, Space was no longer the all-conquering force it used to be back in 1996 or even 2006. It wasn’t pushing boundaries and investment had started to wane. But that’s a fact that many ravers have already consigned to the memory hole, leaving the Ushuaïa Entertainment group, who rebuilt and rebadged the venue as Hï Ibiza this winter, with an almost impossible task. After all, nostalgia is not an easy foe to contend with. Legends grow stronger over time.

Rolling along the Playa d’En Bossa strip towards the Glitterbox Opening Party on a balmy Ibiza evening in early June, these are just some of the key points fuelling our conversation. And our excitement. 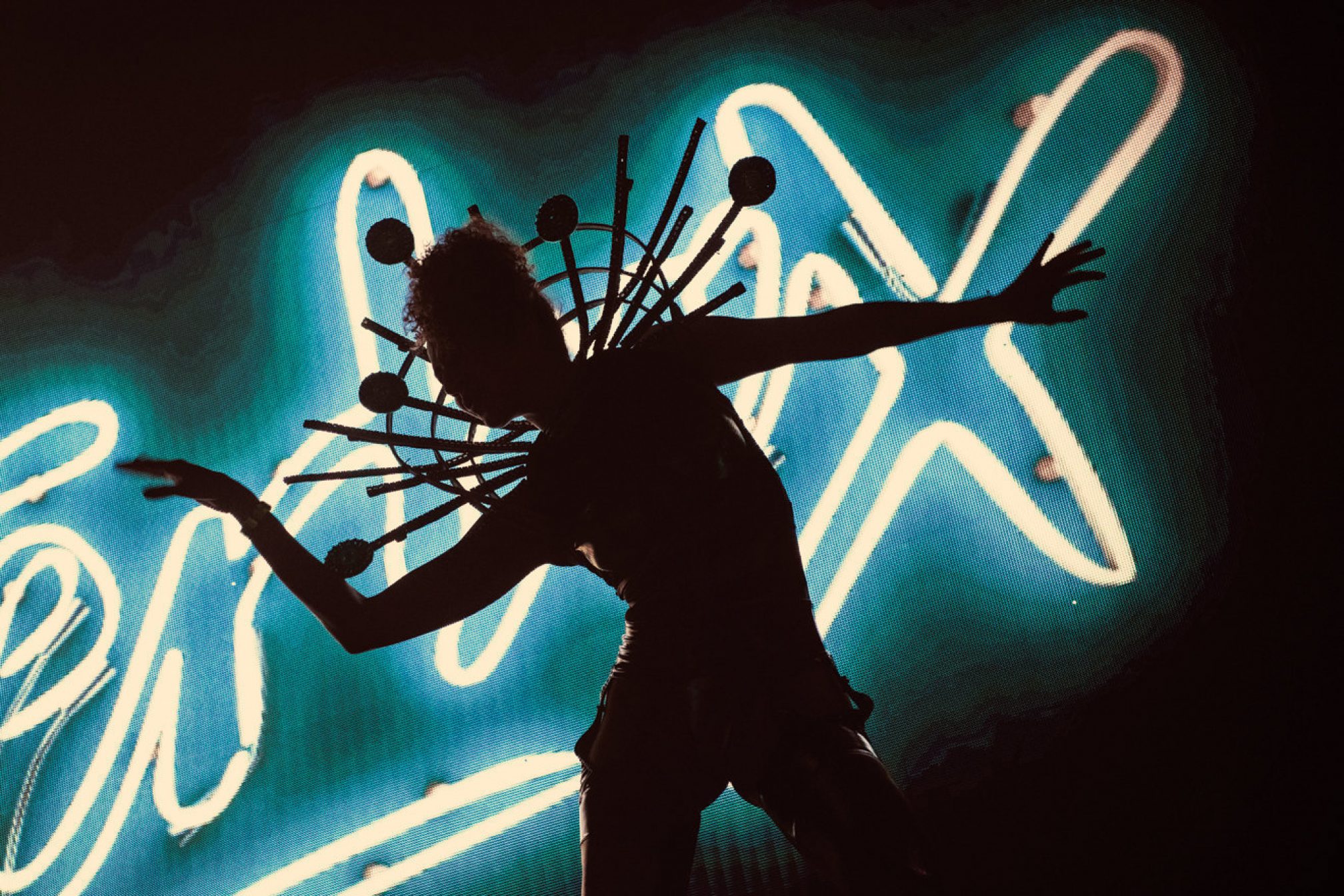 Entering Hï it’s immediately clear how much the new design aesthetics suit the flamboyant Glitterbox vibe. And they should do – the club is set up to wheel out bespoke production for each night, whether that’s the underground sounds of In The Dark (Thursdays) or the laser-shrouded neo-prog of Erick Prydz (Tuesdays). Hundreds of sparkling disco balls are suspended from the ceiling, while dancers and drag queens in costumes that pay homage to the history of disco prance elegantly among the golden glitter confetti. A few years ago, when Defected’s Simon Dunmore first launched Glitterbox, he did so in order to cater for thousands of clubbers who didn’t necessarily want to hear the latest experimental techno or thrust their hands in the air at a commercial EDM event. He was looking to create a hub for clubbers who wanted to listen to the tunes that made them step on the dancefloor in the first place – think house classics by Toddy Terry, disco sets from Dimitri From Paris, and crossover anthems by David Morales and Armand van Helden, all of whom are DJing here tonight. Success at BoOom! and later at Space has changed the demographics on the dancefloor, though, and now Glitterbox appeals to everybody: tonight, the age of crowd ranges from 18 to at least 55.

We take a snoop around the Theatre – formerly the Discoteca – as Dunmore drops Alison Limerick’s ‘Where Love Lives’, which sends the crowd giddy. The room has been extensively remodelled. It’s darkly lit, panelled in leather and gleaming chrome, with an arc of semi-circular VIP booths cascading down from the ceiling towards the dancefloor, reducing the capacity by 500 or so but without losing the big-room experience. Stylistically, the panorama looks part Italian opera house, part Star Wars.

Moving through to the Club room, the DJ booth has been repositioned against the far wall where the VIP section used to be. The room feels bigger, airier, more spacious than the old Terraza. Again, the finish is all black tile and glittering chrome. The only thing missing here is the Funktion-One speaker system, but we have a hunch that removing the most famous rig on the planet probably had more to do with new beginnings than it did improving the acoustics inside the venue.

Across both the Theatre and Club rooms, contemporary 21st century clubbing is the central narrative. We feel as though we’ve been fired into the future of clubland. But as impressive as the two main dancehalls are in terms of audiovisual shock and awe, it’s the two outdoor areas, and the toilets with integral DJ booth, that really give the venue its trump card.

Having a DJ booth in the toilets is a real throwback to Ibiza folklore. Manumission nights at Privilege used to have the likes of Fatboy Slim spinning records among the plumbing, but never like this. The Wild Corner, as the area in Hï is officially known, is long and narrow with a low, strobe-lit ceiling, similar to the attic room at Berlin’s Watergate. It’s packed with clubbers of all ages, everyone jumping around in front of the eye-level DJ booth to Cerrone’s disco classic ‘Supernature’. The fact that we’re dancing beside an endless row of toilet cubicles doesn’t matter a jot.

The Sunset Terrace, renamed The Magic Garden, is now completely open air. Numerous theme bars surround a central courtyard adorned with giant LED trees. There’s no music outside, making it the perfect place to chill or chat with your mates. James, a 33-year-old expat now living in Australia, tells us he can’t stomach the new-look club: “I’m gutted. I’ve been coming here for years,” he says. “Space was all about the music and the sunset terrace. This is not Ibiza; it’s Vegas. It’s not the same, and it’s not for me.” His buddies laugh, and urge him to “relax into it”.

We bump into another long-term Space devotee, the legendary Todd Terry, moments after he steps into the refurbished venue for the first time. “It feels crazy to be here right now,” he says, glancing around at the décor. “When we pulled up I definitely had to look twice! I’m still trying to get my brain around exactly where we’re standing; so much has changed. But I’m not mad. It is what it is. Sometimes it’s time to start over. I feel sad and happy at the same time. If you came here a whole lot the chances are you’re going to be more disillusioned. I understand that. But it’s time to move on. If not, what you going to do – be mad forever?”

At the far end of the building, the room formerly known as El Salón has been completely levelled. In its place we stumble upon a brand new outdoor area called The Secret Garden. The tepee tents here really enhance the al fresco fun, prompting lots of random interaction between Glitterbox punters who last summer would have passed each other in the night. We’re sitting in one of the giant tepees for less than thirty seconds when a crowd of girls push through the door and start telling us about their first trip to Ibiza. “I came to Space a couple of years ago,” explains Lauren, 24 from Brighton, “but I didn’t like it. It just wasn’t any fun. Hï is much happier, much cleaner, much cooler!” 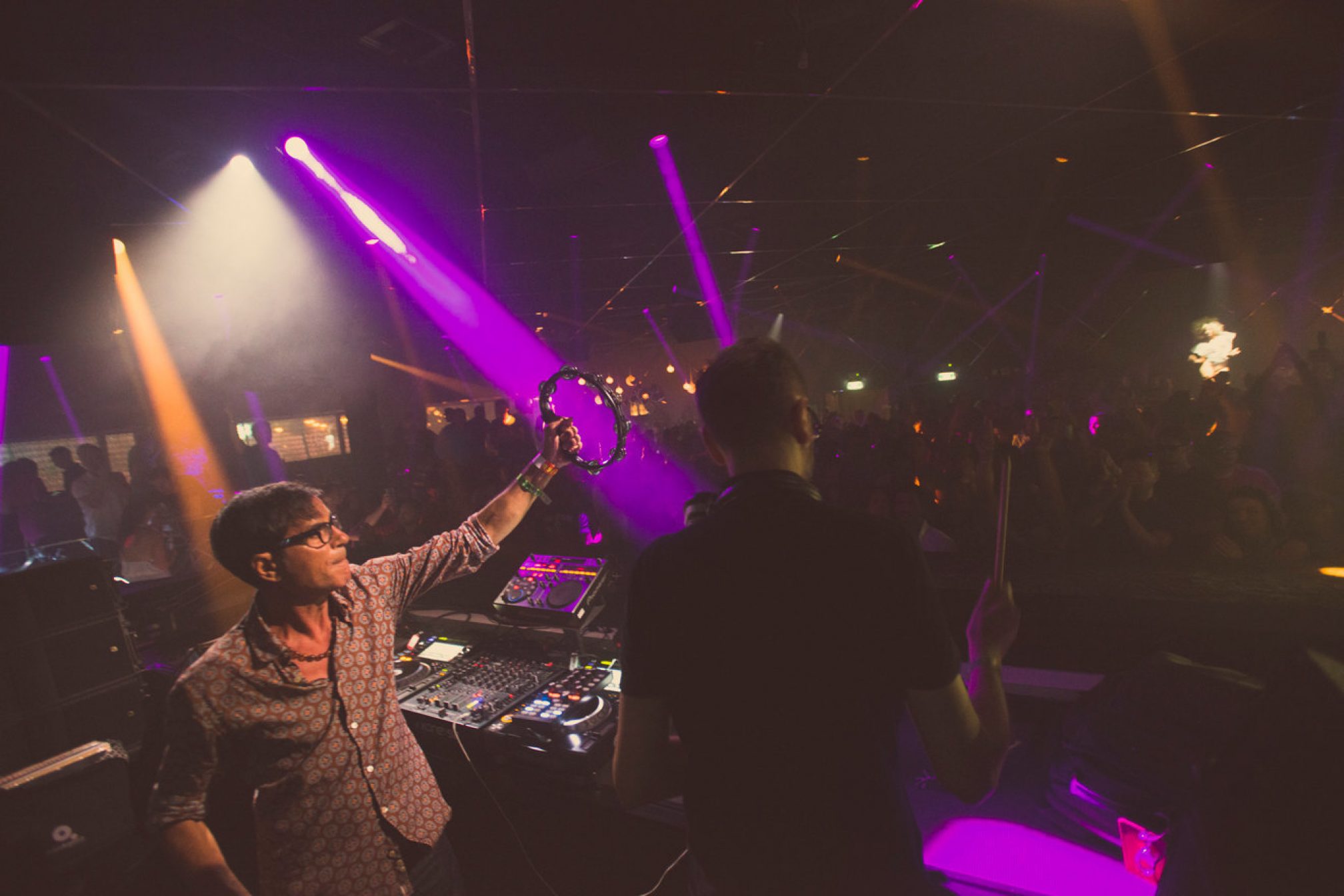 Random tepee encounters like this continue for the next 20 minutes. Later in the night, we bump into some of the people we met under canvas, which somehow really increases the feeling of unity on the dancefloor. The banter reminds us of the illegal raves of yester-year. You’d be sitting in some rusty old caravan, talking weird, trippy shit to some random; then, bumping into them again later in the night, you almost felt like you were meeting up with an old friend. The teepees are a genius design move, one that brings a real sense of intimacy to the glittering venue.

“In a few years, this is going to be the number one club in Ibiza,” promises David Morales after his headline set in the Theatre. “The rest of the clubs are old. You’ve been to Pacha before, you’ve been to Amnesia before, but Hï is new. Pay your money one time. See what all the hype is about. If you like it, come back. If you don’t like it, go elsewhere. But I haven’t been disappointed. One thing I will say is that the music isn’t going to change just because I’m playing a big, new, glitzy room; whatever happens, I’m still here to be Mr Glitterbox.”

Hï is not a traditional Ibicenco club, by any stretch of the imagination; not a converted finca or a retro-futurist pyramid. It’s a modern, state-of-the-art party venue with great facilities and stylish, sci-fi production – a prophesy of Ibiza’s future. But what makes the Hï experience really gel is the way the tech is counterbalanced by the two garden areas and the Wild Corner, which introduce tangible elements of dance music’s countercultural past. The flow of foot traffic to certain areas of the club has also been improved, especially from the Theatre to what used to be the Sunset Terrace. No more standing in line, reeking of FOMO, pressed up against a sweating topless goon while the DJ you really came to see plunges deeper into their set. As for Glitterbox, it’s the only party to have survived the transition from Space to Hi, but thankfully the event hasn’t lost any of the friendly, flamboyant disco warmth which made it so successful last summer. If anything, the brand feels more solid, more self-assured than ever. 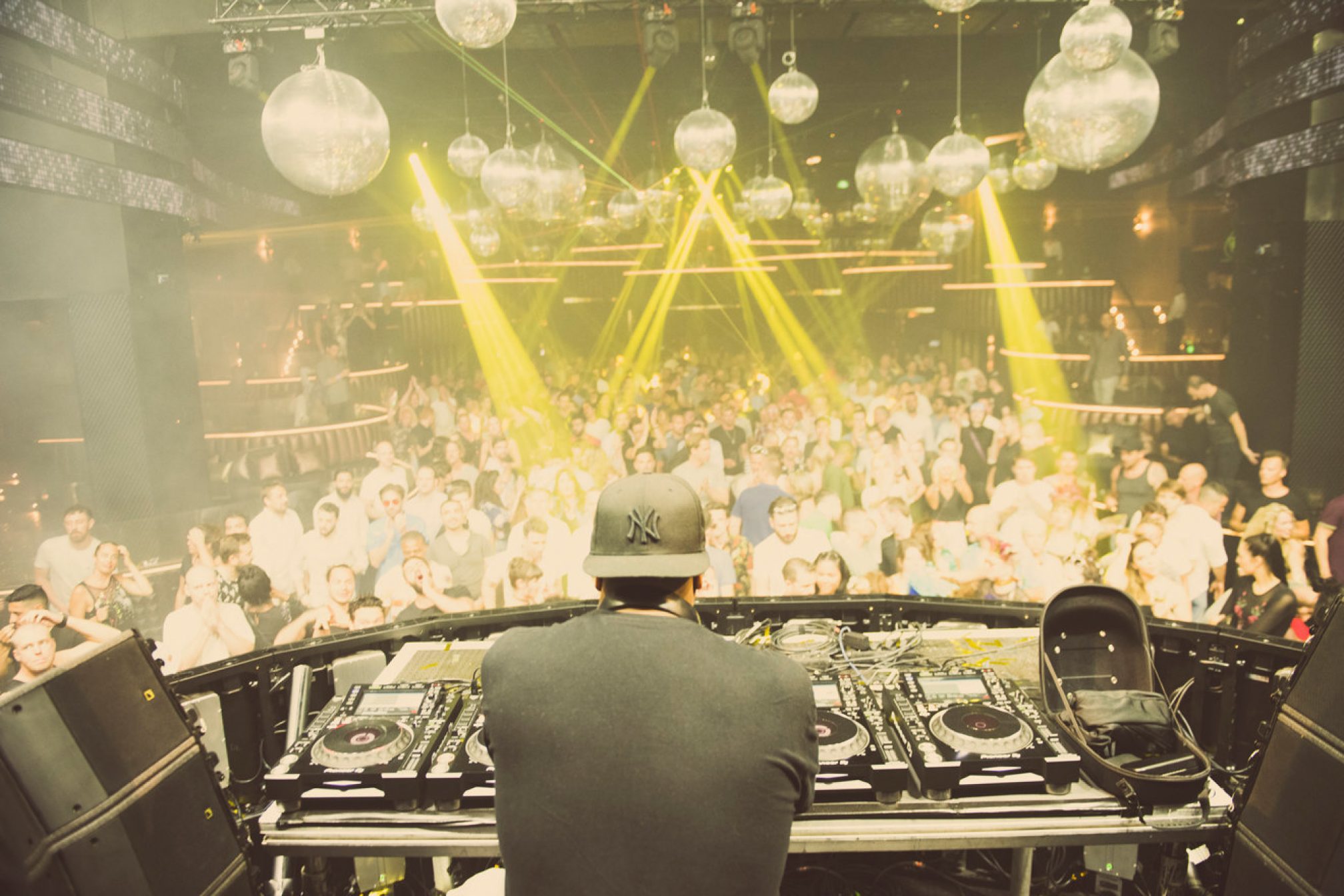 Frankly, the new venue deserves to be thought of a as something more than just a reboot, just as the old venue deserves to rest in peace. Rather than rolling with a five-year plan – turning the Sunset Terrace into the Magic Garden in year one, revamping the Discoteca in year two, introducing the Wild Corner in year three and so forth – Team H have managed to erase more or less every last trace of the old venue over the course of a single off season.

Architecturally, it’s an astonishing feat. Spiritually you’d also have to say they’ve done exactly the right thing. Not only for themselves, but also for the rest of us – Pepe Rosello, Todd Terry, David Morales, Simon Dunmore, the rest of the international DJ set, the rave purists, the Space fanatics, the Hï advocates, the Hï haters, the EDM heads, the techno fiends and even the dance music journalists working the island – because, ultimately, we all just want to get on with things, sip the occasional mojito and dance around to good music, wherever that may be, without continuously hauling around the crushing weight of the past.