NikNak is a force to be reckoned with. With skills spanning DJing, producing, composing, turntablism, sound design, and podcast hosting, the London-raised, Leeds-based creative started out making beats from video game software as a child and now counts winning a prestigious Oram Award and opening for turntablist pioneer Grandmaster Flash among her achievements.

When mixing, NikNak's taste is as varied as it is carefully curated, seamlessly merging dubstep, hip hop, drum ‘n’ bass, garage and more. Her own music takes a more ambient and poignant route, transforming her inspirations into a production style that is raw, experimental, eerie and at times cinematic. “At the end of the day, I’m here for myself. So I’m gonna keep doing my own thing,” she states proudly.

NikNak, known by her friends and family as Nicole Raymond, first became intrigued by sound when still in primary schools. “I’d just make beats whenever I could after school, it was literally my favourite thing to do!” she exclaims, referencing the beat-making software she would download from the backs of gaming packets. She would also call herself a curator from a young age, burning CDs for her mum and other loved ones and putting together playlists she thought were fitting to a person or mood, and knew this is something she wanted to foster and grow.

As she grew older, that commitment stayed in clear focus as Nicole studied music at college then carried her learning on to higher education - now holding a Master’s degree in Electronic and Computer Music. “I knew I didn’t want to be a singer or whatever. That’s what families normally think of when you tell them you want a career in music - but I knew I was interested in pressing buttons and playing with sounds, which was interesting to tell them about!”

The references she pours into creativity are taken from observing the world at large and her own inner emotions. One of her greatest inspirations is Burial, who she was first exposed to at around the age of 16 while in college. The rawness of the sound showed her that anything can sound exactly how you imagine it to be, and that resulted in her challenging her own perception of what music meant to her. “At the time I discovered Burial, I was going through a lot, emotionally and personally. And this [raw] sound made me feel genuinely refreshed.

“At this point, everything was really clean and polished, so it just felt so good to hear some noises that weren’t over-saturated, and they sounded raw. This guy was just sampling Metal Gear Solid - and I was blown away. People try and emulate it now, but you really can’t. It’s so him. His first two albums were very poignant for me, you know, I really just felt inspired.” 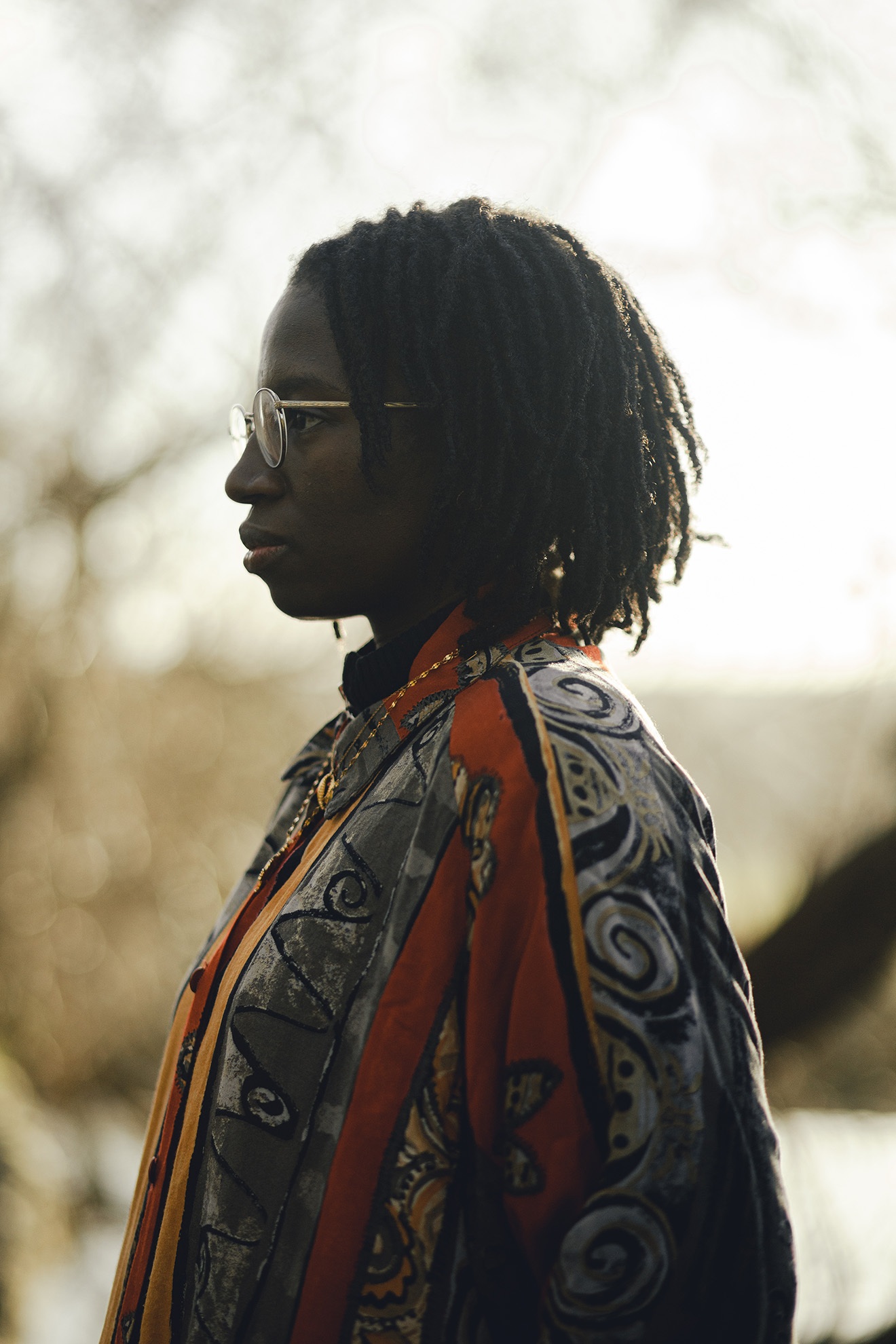 After leaving college and going to university, Nicole started working at clubs and venues and fell in love with the culture that came along with it. Other than DJing at her own birthday party and doing a small gig as part of her music course, NikNak hadn’t played in front of a crowd until she befriended the Bug Out collective at Basement Club, Leicester. “[Bug Out] would host nights and would spin funk, bass, breaks, hip hop - that kind of thing. They could scratch! So I became friends with them, and every Friday they did their residency…and one day I just asked if I could play too. They agreed, and my first night was a six-hour b2b - it felt great to play in a club!”

Since then, she has gone on to play at some of the best dance music, community and family festivals around, including Leeds International Festival, Wilderness and We Out Here, and hosts a monthly show on Worldwide FM. Her DJing has grown into a more precise practice of turntablism, as she incorporated physical skill into the act of playing out and interpreting music. This earned bookings alongside icons such as Grandmaster Flash, Princess Nokia, Akala and Madlib. She opened for Grandmaster Flash in 2018 at Leeds' Belgrave Music Hall, something that she cherishes as a “real career highlight”.

“First of all, who authorised that? Like seriously, who let me do that!” she exclaims excitedly. “But also, thank you. I remember distinctly going to the venue and he was just so nice and we had a really good conversation - but I was trying too hard not to fangirl - I mean I literally wrote an essay about him! Then after I was finished, I thought I wouldn’t see him again, but he said that his team will be in touch for me to open for him again soon.”

Read this next: The 10 best DJ scratch battles of all time

Nicole is always learning and feels as though there is no limit on music education and one’s own musical journey - and that she can always push herself to try new things.

“I have ADHD and dyslexia, and a lot of the time figuring out certain techniques takes me longer than it takes a lot of other people. And not because I don’t understand or whatever - but just because of the way my brain is wired,” she explains. She notes that one key example of this is when she was showcasing the turntablism technique ‘beat juggling’ - where two records are used to extend a beat or create a brand new one. “That moment was literally captured on a stream, and I got so many comments hating. Why can’t you just let me be happy and do my thing? It’s funny how people think I don’t know what I’m doing - but I’ve been working at this my whole life!” she laughs.

Alongside DJing other people’s music, Nicole has turned to turntablism to create some of her own tracks and remixes which have been released through labels such as Reel Long Overdub, Come Play With Me, Kynant Records, and OTONO. This includes her 2020 debut album ‘Bashi’, which explored the concept of peace through the manipulation of sounds recorded during a trip to Turkey, and sophomore albums ‘Bashi X2’, released in 2021, as well as tracks such as ‘Timeline’ and ‘Whispers’. 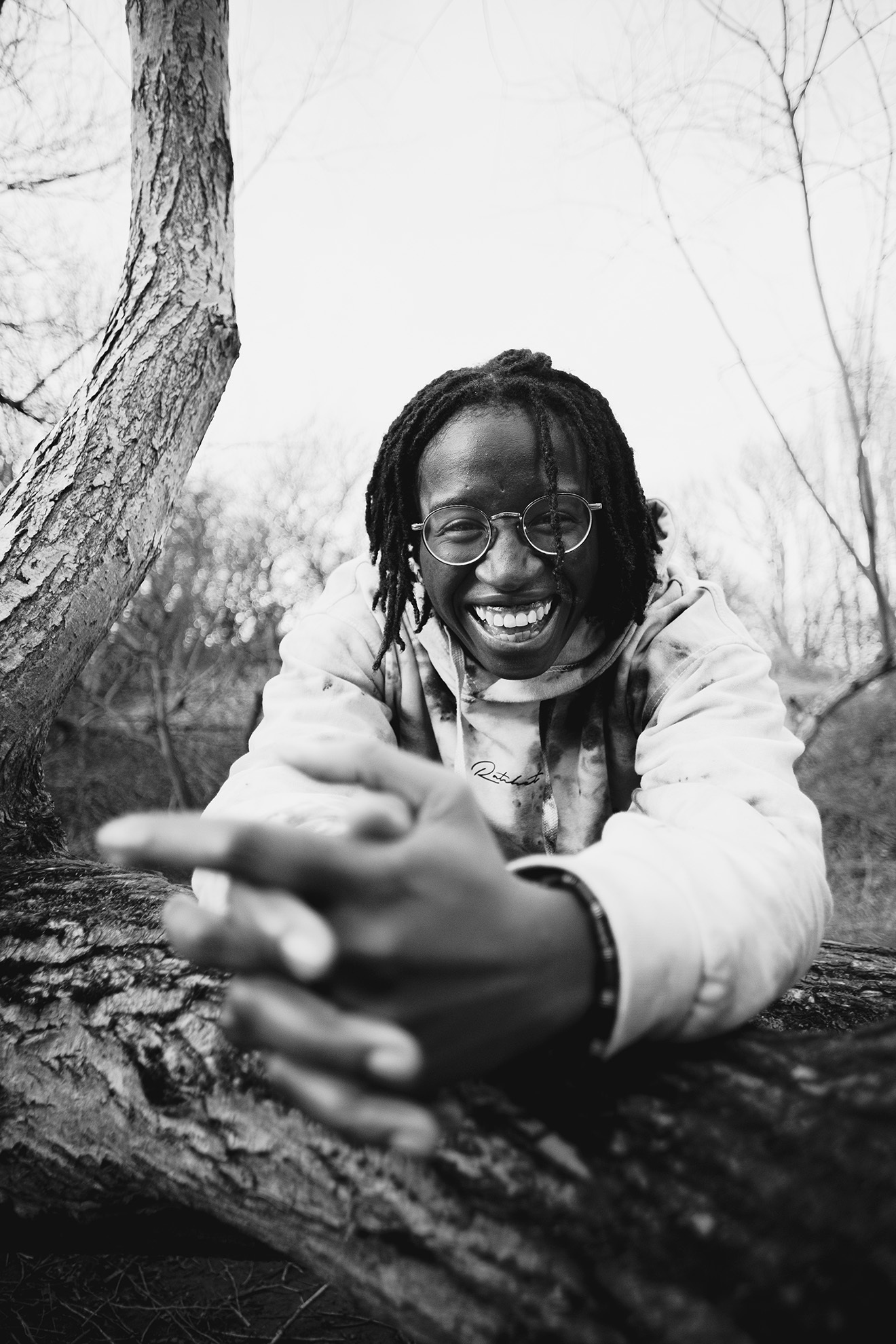 Her newest album ‘Sankofa’ is as personal as ‘Bashi’, albeit in a different way. ‘Sankofa’ sees NikNak explore themes of Black femininity, agency, and authority and lets her indulge in her “nerdy side”. “It’s a way to show off my nerdy side a bit more than just going on my Instagram and just talking about Doctor Strange or something!” she jokes.

“It’s an unapologetic presentation of my likes, desires and needs - because a lot of the time electronic music can’t quite capture it all.” Nicole shows that Black women are too harshly stereotyped and often these tropes override the nuanced experiences Black women actually have. “We shouldn't have to subscribe ourselves to fit into a certain box just because it's quote-unquote mainstream or accepted or whatever. I’m allowed to be soft and have a normal life, I’m allowed to eat pringles and watch anime all day if I want!”

Stylistically, ‘Sankofa’ combines turntablism with orchestral-style sonics to create a sound landscape which is representative of Nicole’s wide-ranging personality. The tracks have a gentle and spectral tone, and each track is uniquely complex. Heavily inspired by the spirituality, practices and traditions of the Akan people of Ghana - this album incorporates storytelling and sonification in a similar way to the traditional art forms created by the Ghanaian ethnic group.

Read this next: "Special place": Ayaata Corner is the epicentre of Ghana's fight for LGTBQIA+ rights

A central component of this album is Marvel’s superhero Storm, a character that Nicole has both looked up to and felt inspired by at times. Storm’s energy and spirit are central to the album, as she is a characterisation of the versatility of Black women. “She’s just a badass!” she proclaims. “I just love her and what she represents, she’s a dark-skinned superhero with some amazing powers. I need Marvel to hire me as a consultant at least, or at least come to me if they want a decent adaptation of Storm!”

‘Sanfoka’ drew inspiration from her surroundings and those around her - especially the many women she has been mentored by and looks up to. She credits the long line of women and marginalised people who have paved the way for her, and have shown her the power of resilience and talent. They were not just the inspiration for her latest album, but also for much of her musical education and career. “I want to shout out to women, especially women of colour, who are making waves in the electronic music scene. Shout out to Loraine James, shoutout to Shiva Feshareki, Anna Meredith and Supriya Nagarajan and so many more.” She now champions women, especially Black women, through her podcast The Narrative which spotlights creative Black women who are working in music, photography, fine art or other creative fields.

Moving forward, NikNak is primed to keep making her own waves in electronic music — with plenty of plans, experiments and game-changing output to come. “I can’t say too much about what’s next - but just know I’m cooking.”

‘Sanfoka’ is out now via Inventing Waves, get it here