Enzo Siragusa is in the throes of his closing set; another breakdown passes and a roaring bassline ricochets around the room as ravers react ecstatically beneath a throng of throbbing lights.

A few moments later, Mixmag asks a nearby person what they like about FUSE, the party Enzo and his cousin Tony Cannatella first set up over a decade ago. “This”, he replies in a nonplussed tone, the neon FUSE insignia burning fiercely above the DJ booth overhead.

Read this next: Enzo Siragusa to release 'A Decade Of Rave Vol 2'

Since throwing its first Sunday session at Brick Lane’s 93 Feet East in 2008 and launching the FUSE label three years later, Siragusa and Cannatella’s brand is now a well-established and well-loved fixture in clubland. 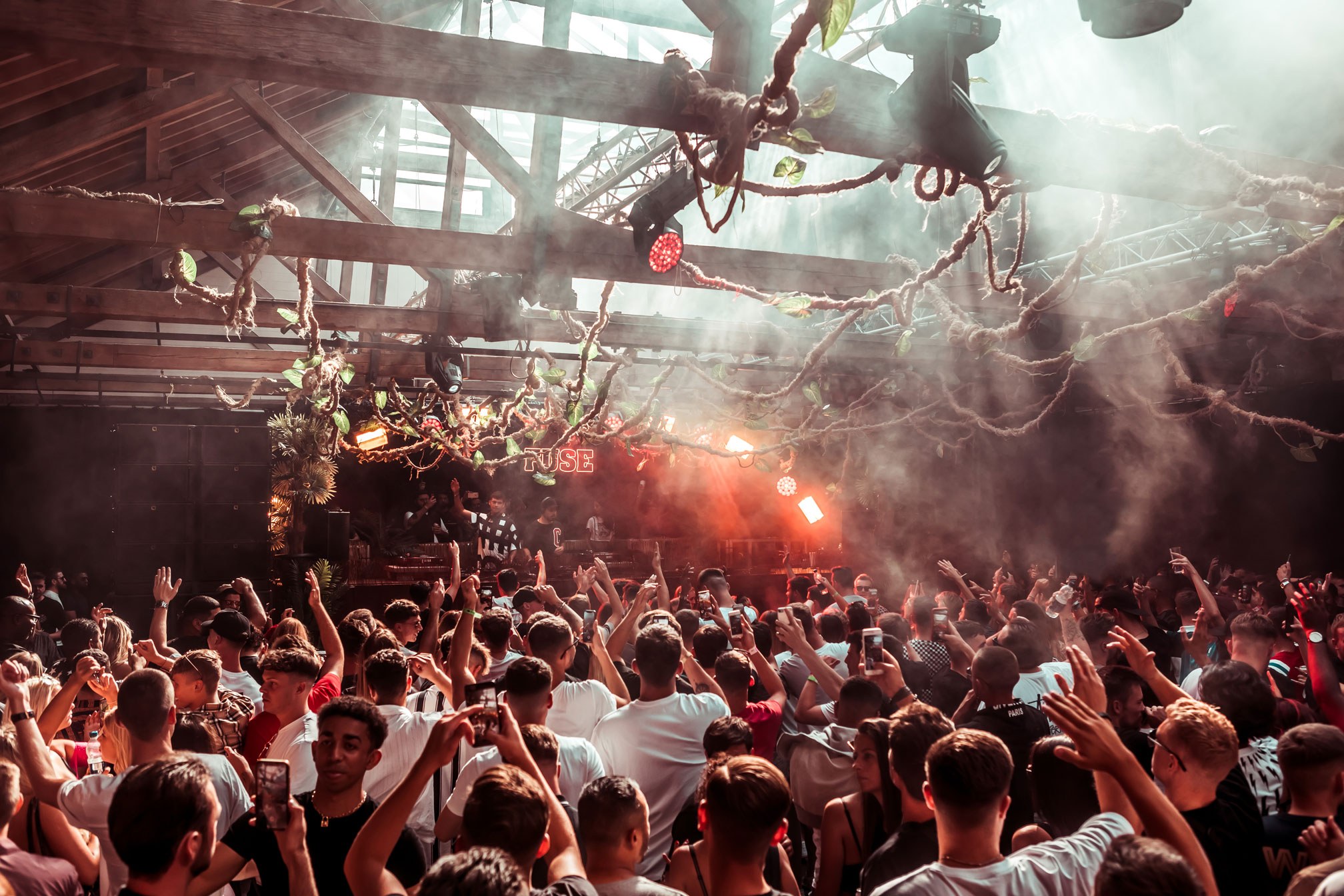 The ‘FUSE sound’ – which balances the zippy intricacies of minimal, a punchy tech-house shuffle and a love of jungle-inspired pads and rude basslines – has developed a cult following in the UK and Ibiza, where FUSE has held down residencies at Delano’s, Sankeys and Amnesia.

Read this next: FUSE comes to North America

FUSE’s continual growth is illustrated by its second appearance at Tobacco Dock, the labyrinthine event space and former warehouse where promotion powerhouse LWE regularly throws parties. Last year, Siragusa and co hosted a takeover at the Car Park stage (think Peckham Levels on PEDs) for LWE’s Cuttin Headz event; this year, they share the headline billing alongside the Martinez Brothers’ label, with Sasha’s Last Night On Earth taking over the Car Park.

FUSE helms the Terrace, a long, rustic-looking space which resembles an airport hangar with the décor of a Tudor farmhouse, as if DC10 was decorated by Tots TV – earthy tendrils wind their way around the wooden beams that prop up the roof, daylight streaming in through the slats. 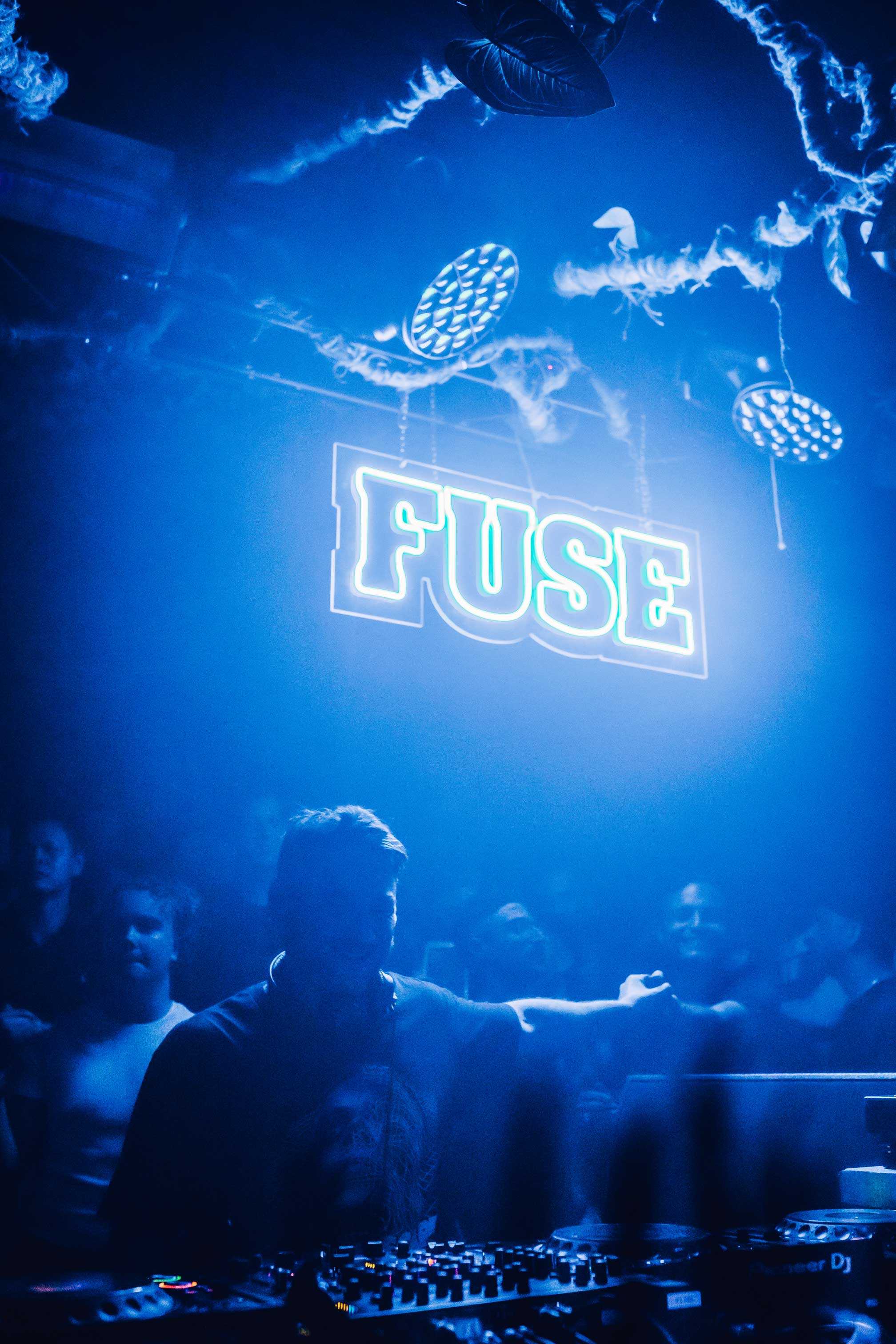 The line-up is a family affair, with sets from label stalwarts Siragusa, Archie Hamilton, Rich NxT and Seb Zito, the latter two kicking off the stage at 12pm with a three-hour back-to-back set; Desolat co-owner Martin Buttrich and Apollonia’s Shonky also make appearances.

While day festivals (which LWE’s Tobacco Dock events are in all but name) often fall foul to a range of issues, ranging from long queues to poor sound, this event is remarkably well-run. Attendees coming in from Wapping station are guided to the venue by handy signs (as well as creepy Big Brother-y ‘LWE IS WATCHING YOU’ posters warning ravers not to crack balloons and piss on walls) and signage is dotted throughout the venue, making the massive complex that little bit easier to navigate. The token system to buy drinks, so often an annoyance when it pops up at events and festivals, is also surprisingly efficient, as the queues to buy them are short.

Read this next: Enzo Siragusa In Session

As the sun begins to set, Shonky plays a set that is marginally harder than his usual fare, no doubt due to the event’s festival atmosphere and the FUSE-hungry crowd; several of his selections feature grubby Reese basslines that go down a treat. However, he doesn’t stray too far from his tried-and-tested penchant for lean and powerful tracks, particularly Arno’s prickly ‘Empire State Open’ which layers looped, chanting vocals over a limber, 303 bassline.

While his micromanaged mixing approach can grate from time to time (the DJ frequently killing the bass and bringing it back in to jarring effect) the hard-edged feel to his performance sets things off nicely for Siragusa to sweep the dancefloor with his signature sound. 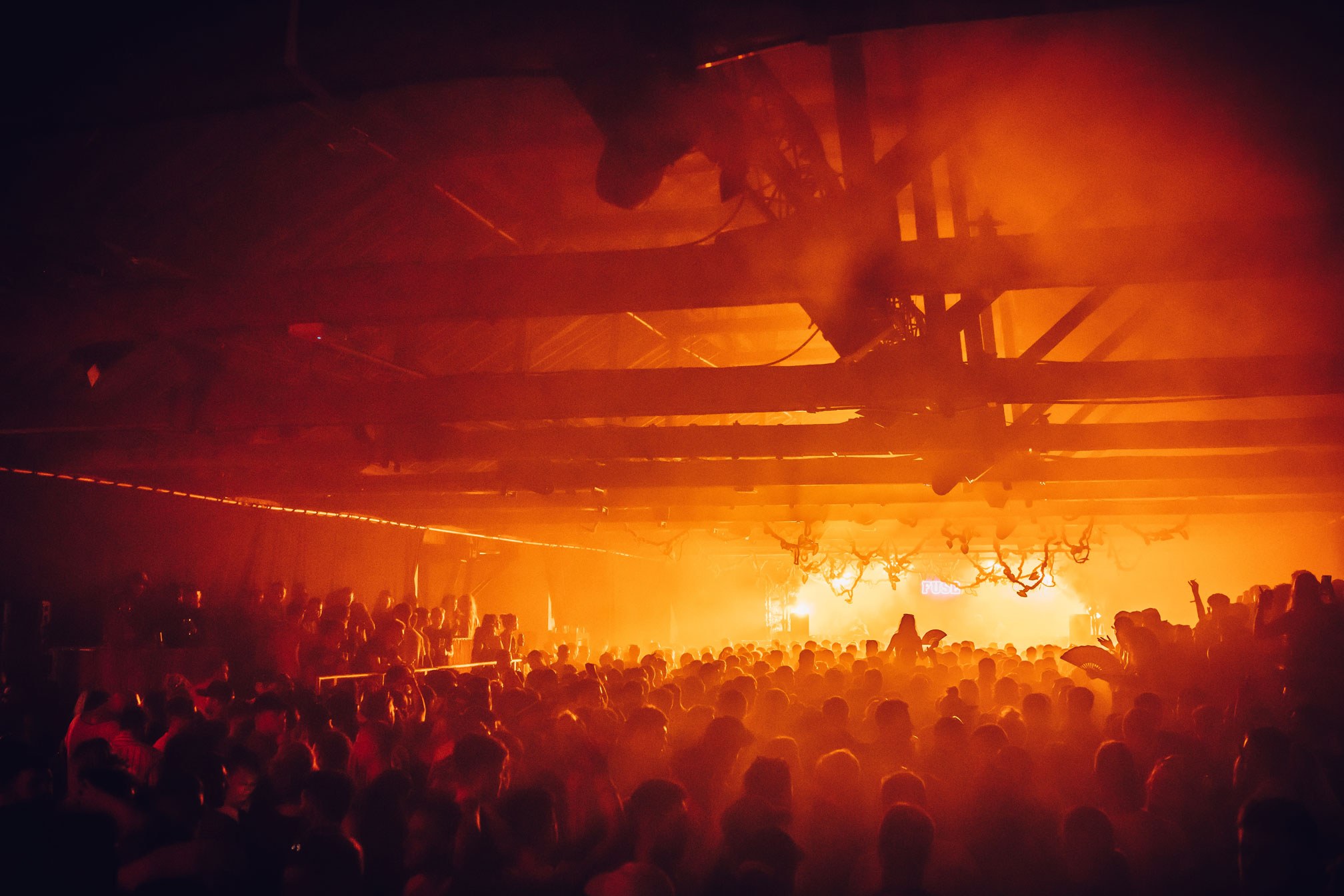 “When I played it was dark already so I went in,” explains Siragusa, and sure enough his set is a two-hour celebration of everything that FUSE fans love: a stream of floaty, colourful textures dissected by razor-sharp rhythms and ballistic basslines.

Given the swell of ravers now inside The Terrace, the area gets hotter and stickier; thankfully a giant fan is positioned outside the Terrace, pumping air and life back into people, a remix of the ‘Earth Song’ video with more weekend warriors and fewer crushing reminders about climate change.

Read this next: FUSE is a genuine community

Enzo caps off his set with Laurent Garnier’s all-time hand-raiser ‘The Man With The Red Face’ amid a pulsing swarm of red and white spotlights. “The energy in the room had been building for two hours and finishing on such an epic track, made the place explode,” he explains, a fitting end for a party that further underlines FUSE’s prominent position in the current clubbing landscape.

Read this next: Get the best of Mixmag directly to your Facebook DMs