“Every week there was a new person; this isn’t a new story,” Enny Adepitan tells me from South London. We’re talking about the endemic nature of sexual assault in society and how it feels inescapable. “It’s something you’ve grown up knowing, things you’ve seen in your family and culture, and I just felt really angry. That song came out of a place of anger.” The song she is describing is 'Keisha’s & Brenda’s' from her new EP ‘Under Twenty Five’. The ominous track details the cycle of sexual assault: the silencing, lack of accountability, blame and shame. “Like, I know some girls that survived R. Kellys / I know some men that survived them, too / Ages of Blue Peter down to Blue's Clues / To buy silence for some new shoes”, she raps over the “chilly” beat produced by PAYA. In the black and white video, released shortly before we spoke, ENNY walks with a crowd of women who have thick black masking tape over their mouths. As the only one free to speak, she leads the charge for women who have been silenced by abuse. In one scene, she is interrogated by an older male investigator who questions: “What was she doin' there? / Why did you follow them there? / Why was you wearin' that? / Why did you say that?"

Read this next: The Cover Mix: ENNY 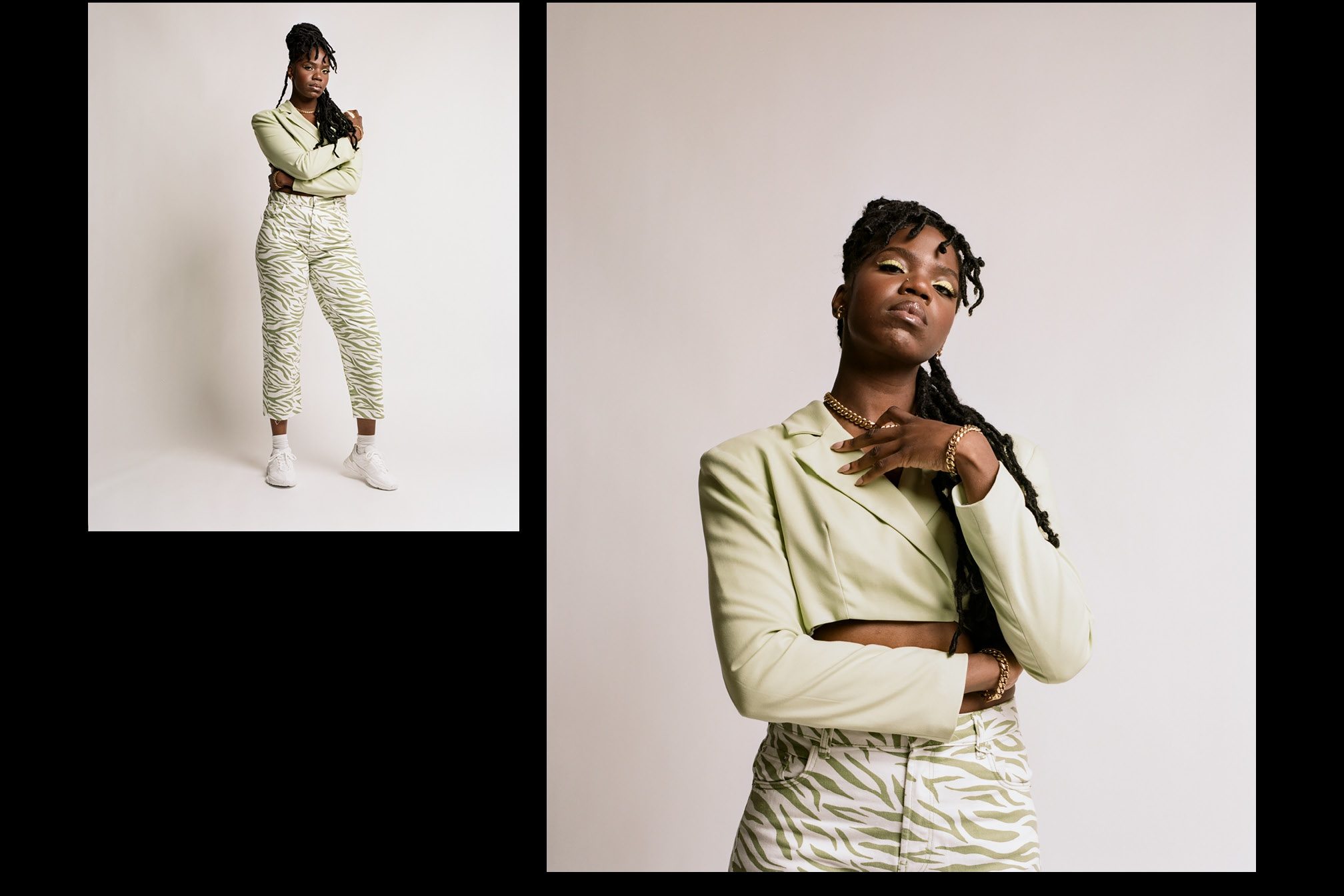 Adepitan’s skillful songwriting, film background and unashamed realness has made her a must-watch multi-dimensional artist. Last year her track ‘Peng Black Girls’, a love letter to Black British women across the diaspora, made her 2020’s most notable breakout star and along the way, she’s amassed a monstrous 22 million streams to date. She has carved out an exciting space for herself in British music as a soulful and relatable Black female rapper who speaks directly to the material reality of her peers. Her music feels like an exciting and refreshing extension of the likes of Little Simz, who in our conversation, she said she hopes to work with. The UK is desperate for more Black women like ENNY, who have something to say, aren’t afraid to show their quirks and create music that both inspires and satisfies. The now-26-year-old worked as a payments officer in a bank prior to launching her career. “I took that job so I could buy a camera so I could do more freelance work but then I got comfortable with a steady cheque. I thought it was the right thing to do; you’ve got a stable income. You can't just quit your job now,” she explains. 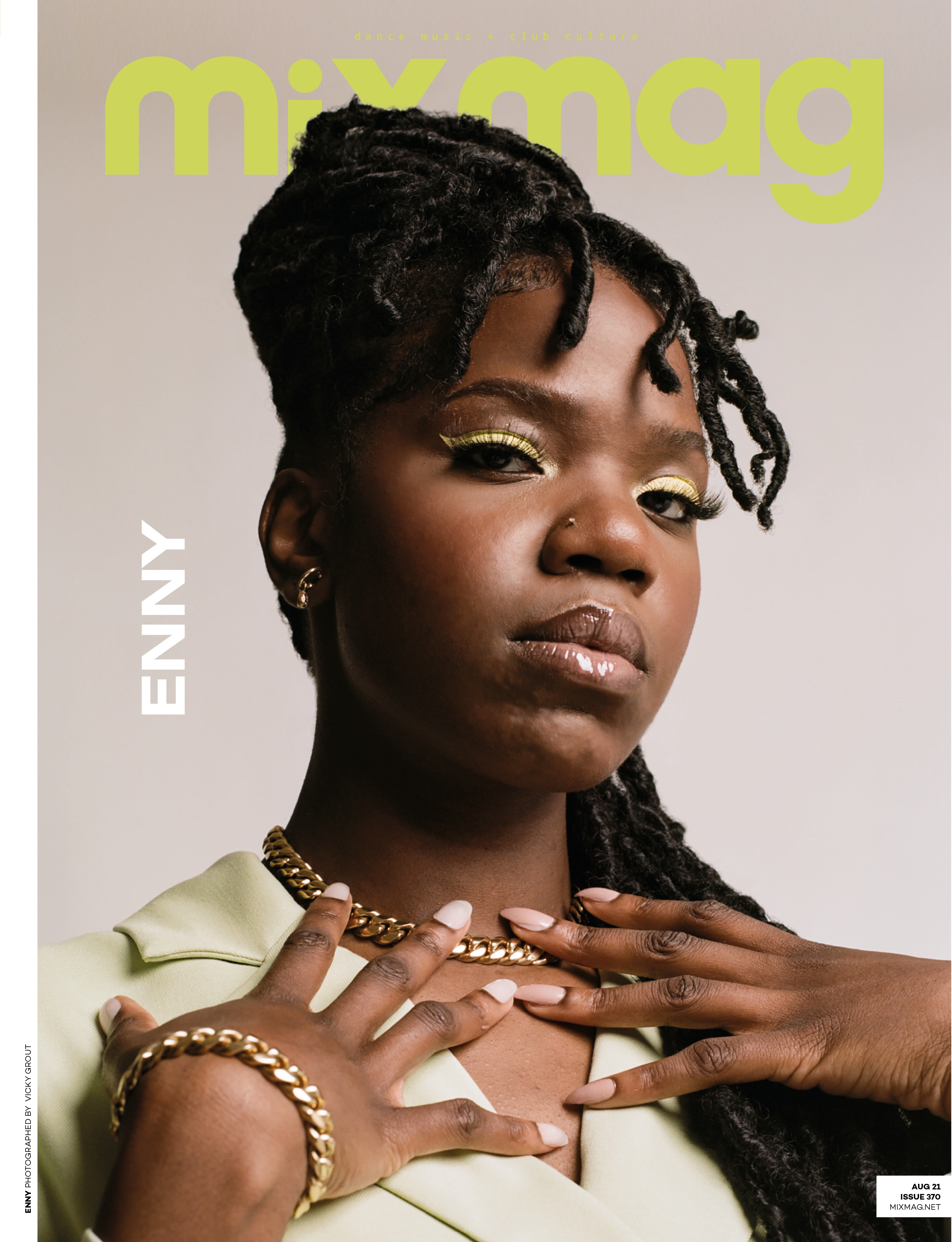 Adepitan's story speaks to a generation of young millennials who understand that stability is a great thing but also know the cost of not following your dreams is higher. She has an innate talent and could have easily ignored her calling to remain comfortable; she doesn’t romanticise this either. “It took a lot of reading self-help books; it took a lot of being sad and realising I couldn't work in that space anymore. A pay cheque just wasn’t enough. So it took me six months to truly just build up the confidence,” she says. “Mortality, youth and other people’s experiences” is what she describes as some of the driving forces behind her decision to quit her job. “People kept telling me all the regrets they had and stuff. I realised I can’t just do this forever. I thought, 'I'm in my early twenties, I have no kids, I don’t have as much responsibility, so this would be the best time to take the leap.'” 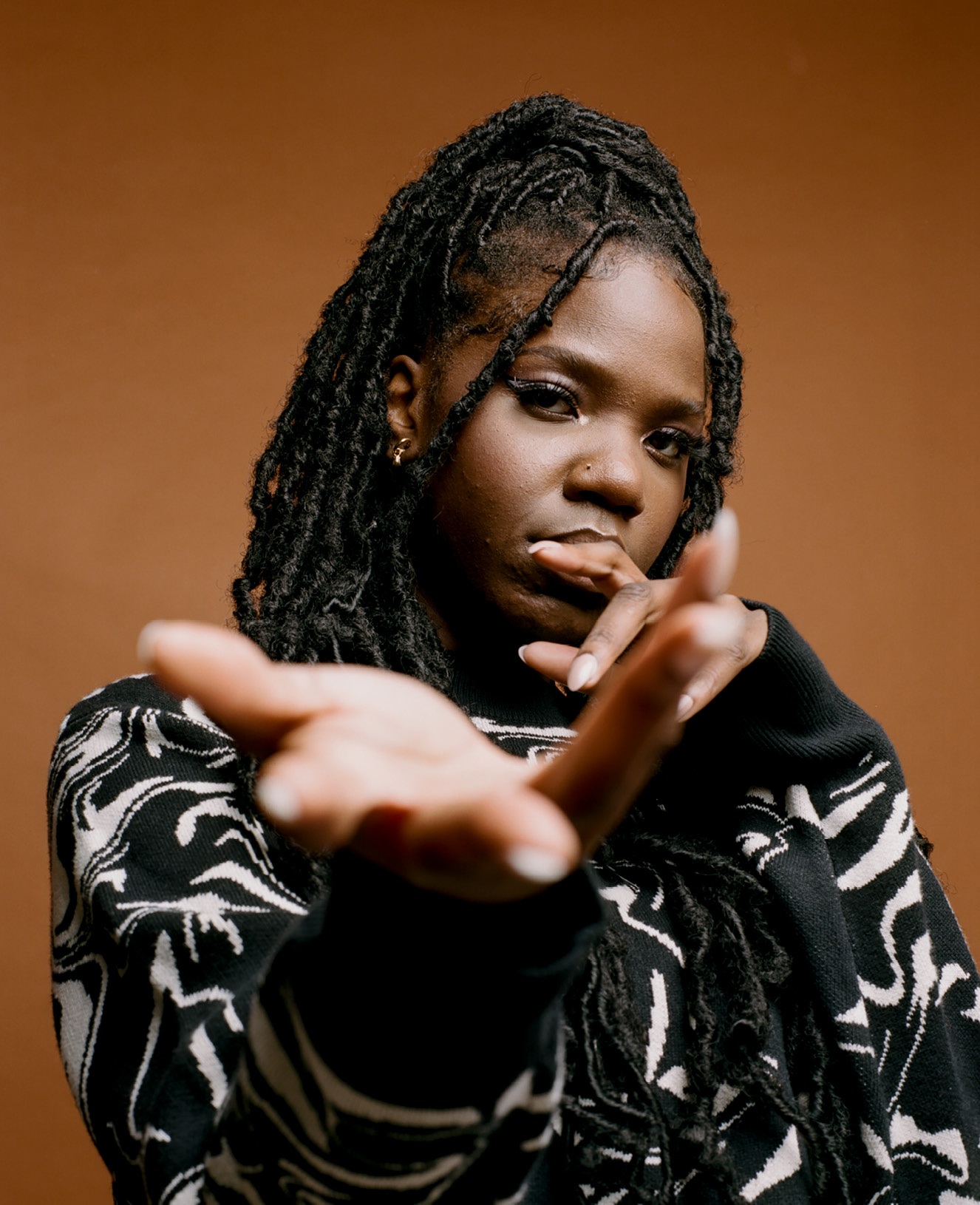 Adepitan’s self-belief was worth it as she is now right at the start of an already successful career that she struggles to come to terms with: “The last couple months have been mad, like, unrealistically mad. It honestly doesn't make sense,” she says as we reflect on her rise to stardom. “2019 I spent New Year's alone in my room listening to a church service. I was like, God, I need you to do a madness this year. I don't know what I'm doing, I quit my job, and I met some guys that believe in me.” Adepitan has been putting out freestyles on YouTube since 2018, and it was her freestyle ‘He’s Not That Into You’, a hard-truth hit about chasing someone that is not really for you. “He might be into girls or dudes or Nike shoes / But he just ain't that into you”, she chattily raps over a percussion-heavy hip hop beat. This song connected her to the artist development platform Root Seventy Three, where she met her manager Pascal soon after she was picked up by Jorja Smith’s Label FAMM, where she birthed her breakthrough track ‘Peng Black Girls’. 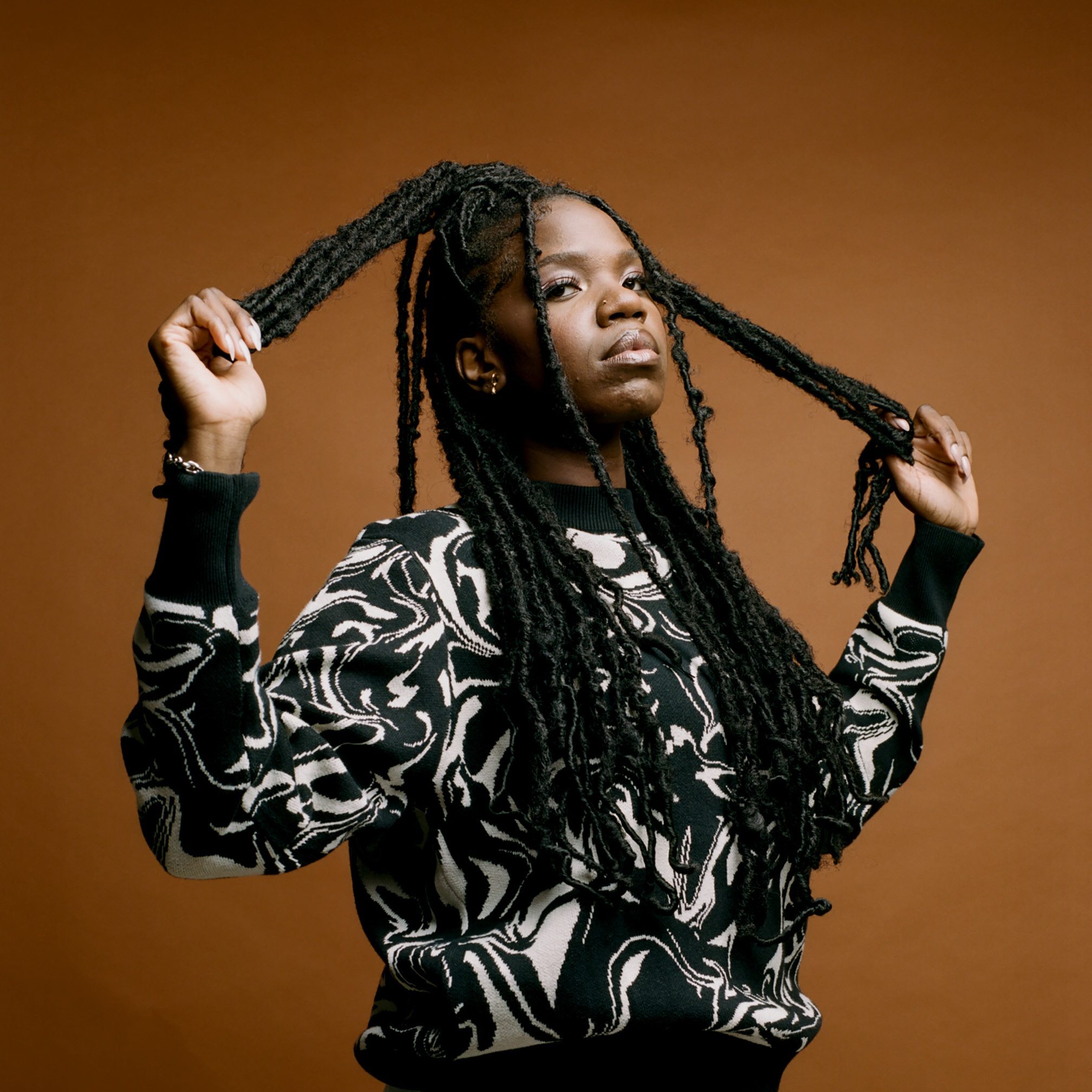 ENNY’s prayers did not fall on deaf ears as she completely transformed her life amid the pandemic. ‘Peng Black Girls’ became the sound of pending freedom. I associated that song with eagerly awaiting release as the lockdown winters grew longer and darker. The video produced by North London’s very own Otis Dominique, filmed in Thamesmead, displays Black women in all of their glory. “I feel like [the pandemic] played a very vital part in the success of the song because so many ears and eyes were looking for something in a year when race was such a prominent topic,” the rapper tells me. “There's peng black girls in my area code / Dark skin, light skin, medium tone”, Adepitan raps, drowning in a sea of varied and moisturised brown faces. There is a beautiful juxtaposition of traditional wear and streetwear, and through the screen, you can smell the shea butter and hair spray. Unfortunately, the song’s success was slighted by the remix for ‘Colours’ that saw the original vocalist Amia Brave swapped out for Jorja Smith. A move that was meant to give more visibility was instead perceived as erasure. Conversations online spiralled, and things bubbled up on short-lived app fad Clubhouse, in which ENNY herself had to explain the situation to stop things from spiralling. “It was horrible,” she admits. “It was so horrible, and I was annoyed for a long time. People would tell me to let it go and say it would pass, but I remember someone sending me a screenshot of a Clubhouse, and there were thousands of people in there; my own Gs were in there. Horrible.” 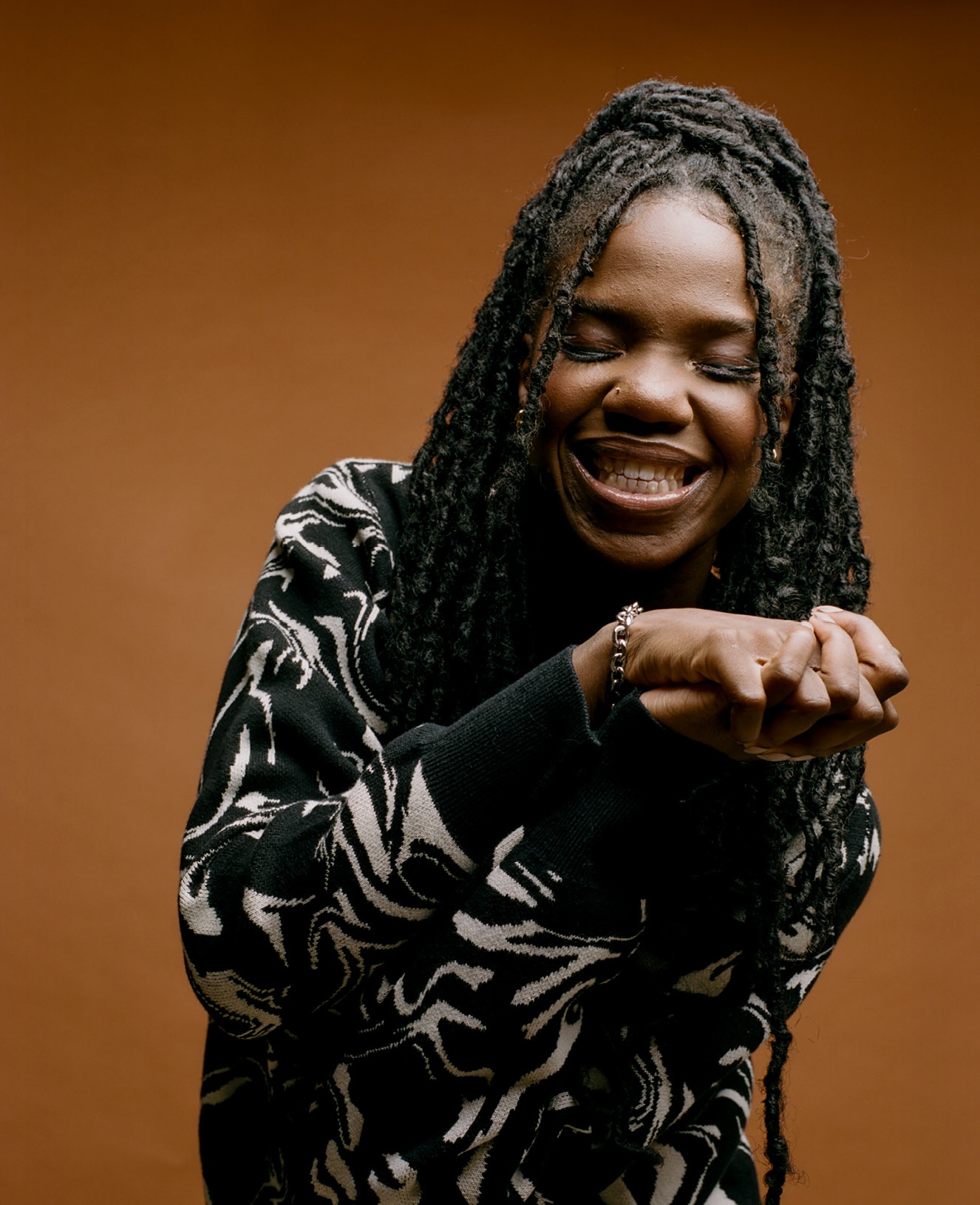 I ask if she feels she has acclimatised to her newfound platform well; the answer is quick and simple: “No, but I’m learning.” Adepitan has a significant amount of self-awareness, she’s brutally honest, and her shyness doesn’t lend itself to the stereotypical rap bravado or too cool for school act. “Before it was all vibes and the dream, but when you’re in that space, it all changes. It makes you more responsible. You have to grow as a person because now you’re a business, there is money involved.” From her music videos to her songs, you can tell that community and support networks are essential to Adepitan. “It’s not one man’s journey,” she confesses. “That’s the beauty of doing music and having people and a team that truly believe in you. You’re not on your own. You always have people that believe in the vision and the end goal,” she says of her current team. 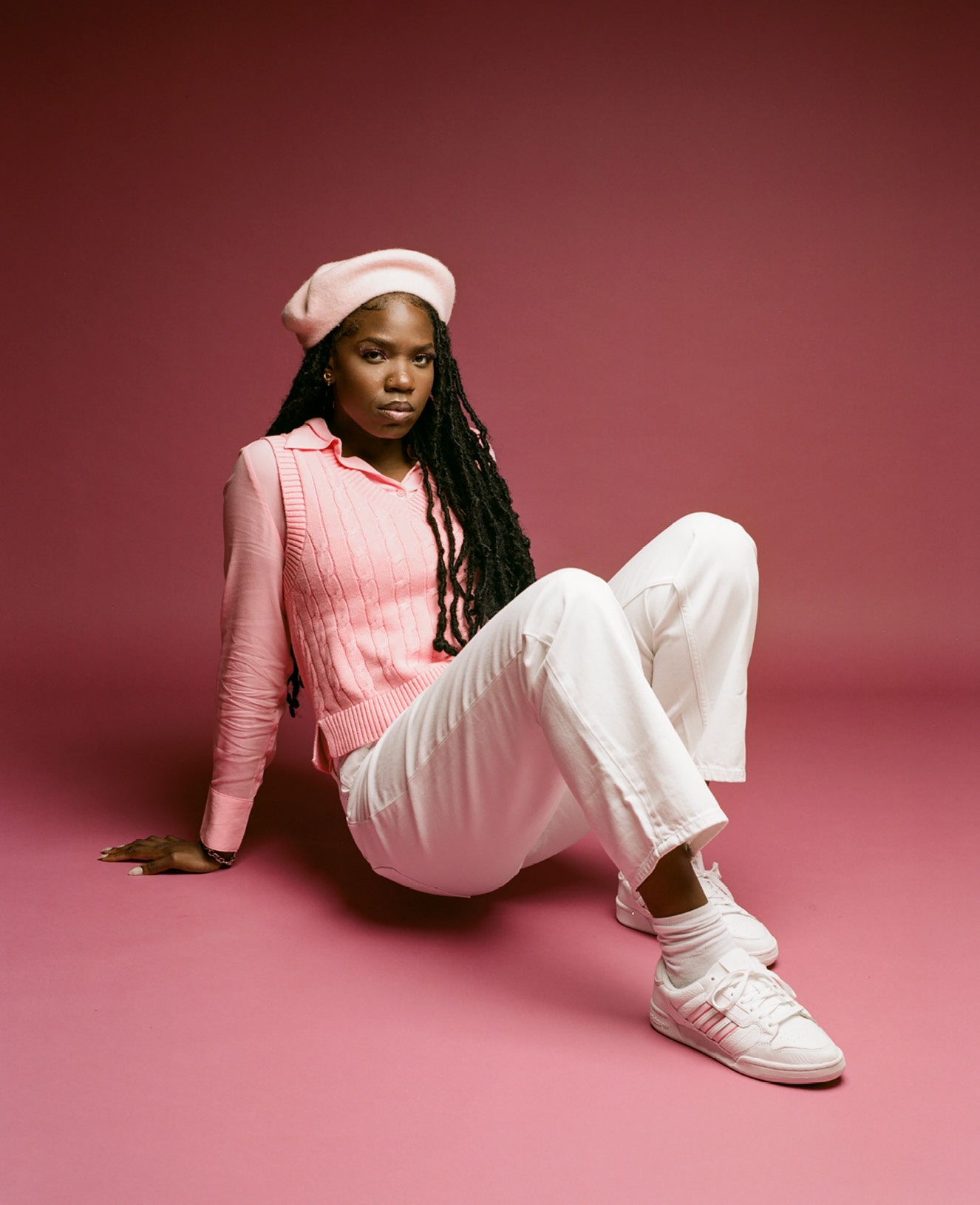 Now Adepitan is back again with her debut EP ‘Under Twenty Five’ that captures the feelings of growing older but constantly learning. The seven-track project is a smooth ode to the younger millennials navigating life, calling out injustice and falling in and out of love. “I made the song 'Under 25' first, and then I decided I was going to make a project called ‘Under Twenty Five’. This was 2018, so 25 was coming, and that’s when I was like, I want to do music. I knew if I wanted to do music, I have to make a project, and that’s where this came from.” The EP was made with the expectation that 25 symbolises the end of youth and the beginning of adulting. “I saw one tweet that said 'I can’t believe these are the same knees I used to do 'You're A Jerk' with', and I was like, bro honestly?” she jokes. “I remember coming out of uni, and all the opportunities were 18-25, and I was still figuring out what I wanted to do, so I was like rah, after 25, I can’t get help?” So many of the restraints we put on ourselves are imposed and socially constructed. ‘Under Twenty Five’ explores these feelings but also makes you feel at ease with needing to have it figured out. “I just think you can’t let this stuff get you down because that’s why a lot of people stop doing stuff, or they don’t go for things because of age, and I don't think that’s healthy.” 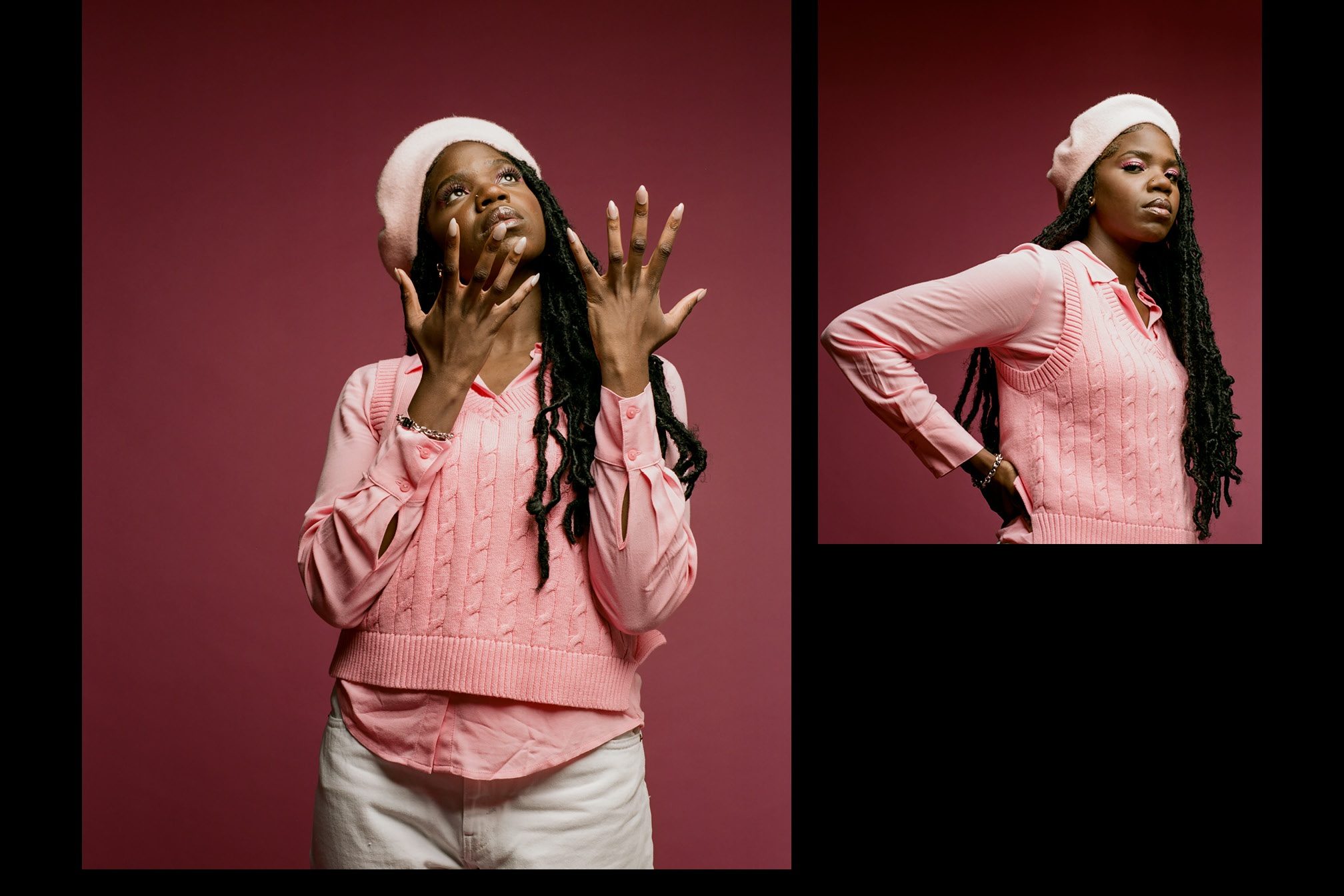 As much as Adepitan is likened to our very own version of Lauryn Hill or Noname, she is still distinctly British-Nigerian and part of a generation that grew up watching American TV but had an entirely different experience. On the Kaytranada-esque track, ‘I Want’, she raps: “We’re Black, and we’re British and African too but so far removed.” This balance of identity and belonging is familiar to many of us second and third-generation Black African and Caribbean diaspora. “I went through this phase when you're growing up you’d hear a lot of stuff about Nigerians, so you’d be like I’m British and you’d be excited that you couldn’t speak the tongue, and then you get older and start to realise how important culture is,” she says. Beyond the ways borders have separated us, and accurate to the premise of ‘Peng Black Girls’, ENNY strives to represent Black womanhood in its fullness. “It’s just a representation of my reality. I was surrounded by bare Black people growing up, so it’s not out of the norm for me to want to reflect that in music videos.” ENNY’s career is new and refreshing; she is different in every sense and embraces it: “I feel like everyone got sucked into this one image of what it means to be a female rapper,” she shares. “There is no one way to be a Black woman, there is no one way to be an artist, and there's no one way to be a female rapper.”