As one of the very first snow-based music festivals, Snowbombing pioneered a model that has been replicated all over the world. But few events that come close to the controlled chaos that the Austrian ski resort of Mayrhofen exhibits for a few days every April. What makes Snowbombing extra special is that most of the artists who appear will also stay at the resort for the whole week. It’s a time of year when their calendars are relatively quiet, which means they can take some time off to let loose and mingle with the raving faithful. We asked some of this year’s line-up for their maddest Mayrhofen memories...

My first time there I’d planned to have a quiet week of it; I can’t remember why, but with hindsight that was never going to happen. I stepped out of the hotel to go and get something to eat. I had to go past Hans The Butchers on the way to the shop and looked in, not knowing they did raves in there; I saw Skream and his tour manager standing on the counter with Hans holding a massive ham above their heads, then throwing out salami into the crowd. I was like, “What the f***?!”. So I decided to go in round the back and join them, but obviously the way in is through an abbatoir, which is most the sobering experience possible when you’re going into a rave. I walk in, and it’s like a food fight. People are throwing potato salad around, sauerkraut, all kinds. I knew everyone got a bit crazy there, but I didn’t expect that – and that was literally my first Snowbombing experience. 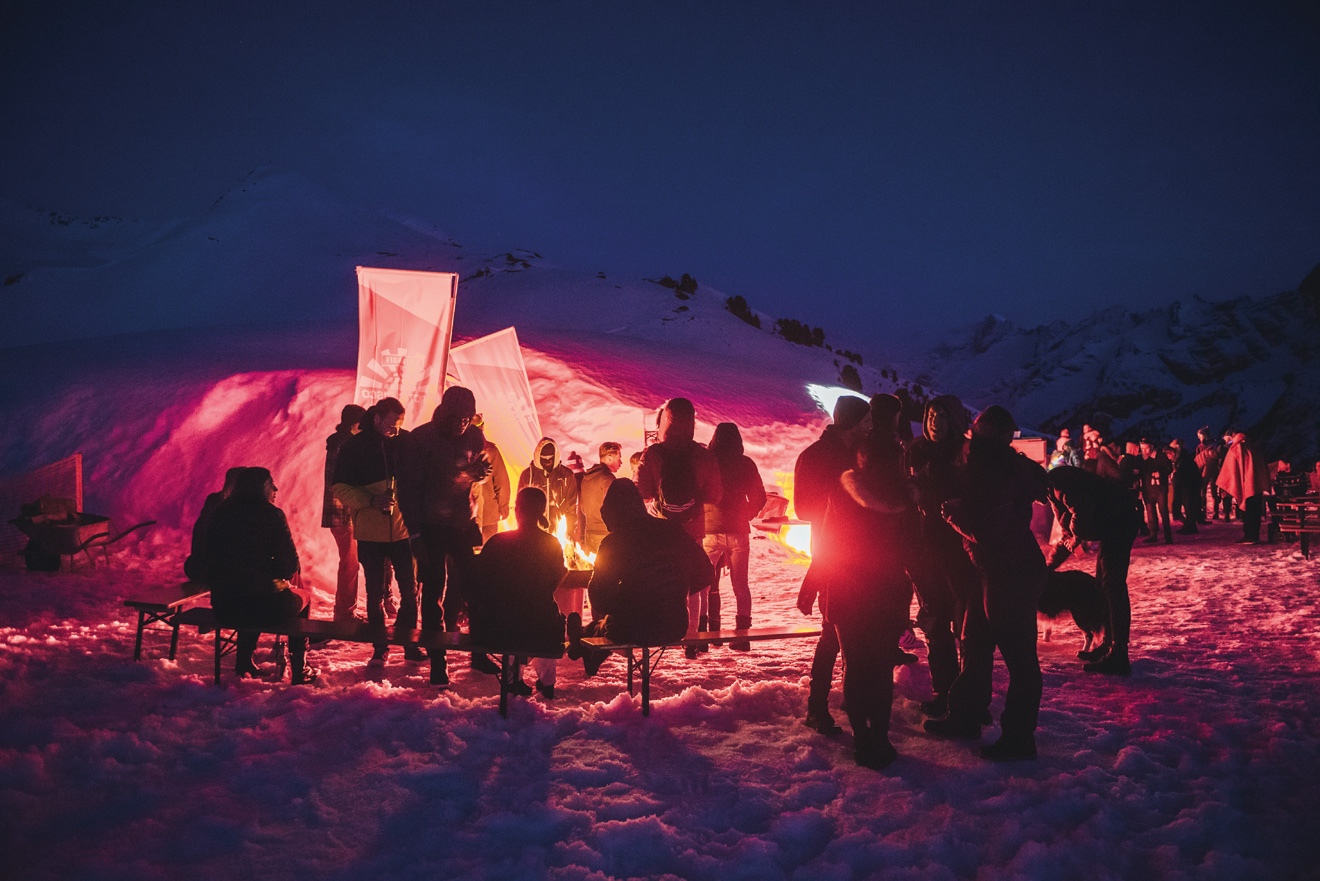 It’s got a feel like no other festival I’ve been to, where people are just on it from the time they get up. It requires a lot of energy; you can tell people have got themselves pumped for the week. It’s a commitment. I’ve been almost every year since it started. One of the first years I did it, I’d been there for a few days when I realised it was nothing but meat and cheese for breakfast, lunch and dinner. By the end of it I was craving vegetables. So the next year I packed my case full of courgettes and carrots and we were cooking courgettes in the kettle of the hotel room in a desperate attempt to get some veg in us. I also played the igloo
at the top of the mountain, which was very cool but because it was so cold my hands were freezing, which is not ideal for a scratch DJ. Then it got so warm in there that the ceiling was melting, so we had to cover the decks and hope for the best. 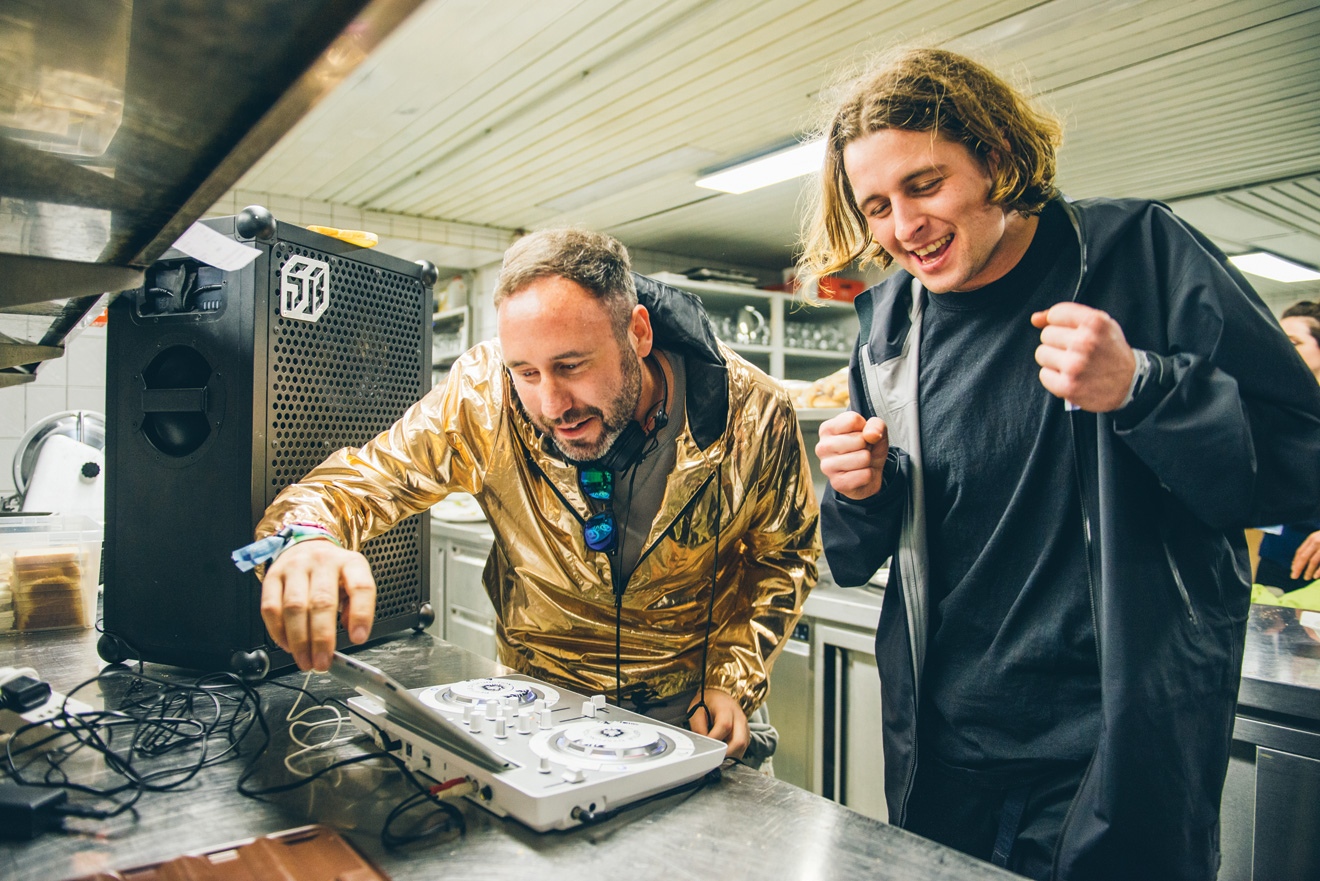 You always do two or three sets at Snowbombing; it’s one of the few festivals where a lot of us stay for the week and get stuck in. You find that you usually want to carry on playing more once those sets are done with, so last year we decided to do some pop-up parties. I brought a portable speaker with me with a battery that lasts about 40 hours, and a DJ controller. We went on this mad 24-hour rampage finding random places to play sets. We got permission to spin in the kitchen at the Strass, which is one of the main hotels, so we grabbed a load of mates and I went back-to-back with Mall Grab. The chefs took a break and they were doing all kinds of tricks, chopping carrots in mid-air and all sorts. Eventually the manager kicked us out, so we went to the sauna in the basement and had a load of people dancing half-naked in their towels. Then we moved on to the hot tub; people were really loose by this point, diving into the tub and everything. The hotel staff were a bit peeved, saying they wanted a party, so we went and did one for all of them. About 100 staff members turned up and it was probably the most debauched party of the week. I saw things there that I’ll never be able to unsee! 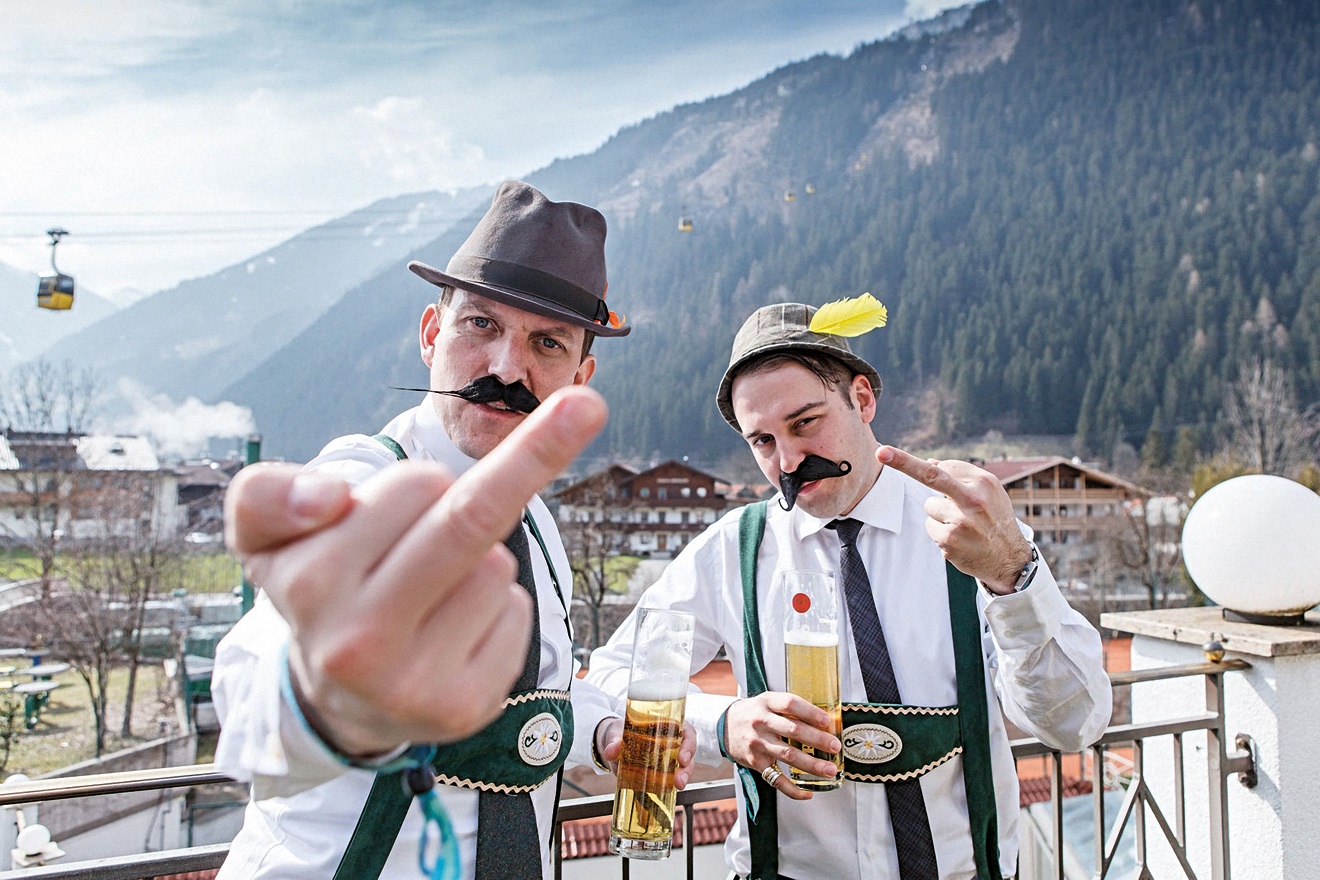 So here’s how ‘Austrian filter house’ started (as told to me by its pioneers, Tyroleans Arnold Schnitzelfinger and Hurtzall Zebeats). “I was in one of the main clubs when the owner came out and said, ‘Do you guys want to check out the back room?’. So he took us through to a posh back room with all these fur-covered sofas, champagne fridges and cigar cutters. There were no tunes but there were CDJs – crap ones – and a stack of CDs of Austrian music. We started putting the Austrian music on, looping up the brass sections and making beats with it; everyone was going nuts in and that’s how it began. We ended up on the main stage playing Austrian filter house and all the locals were like, “What the f*** is this?!”. The looks on their faces as we pranced around in our lederhosen...” 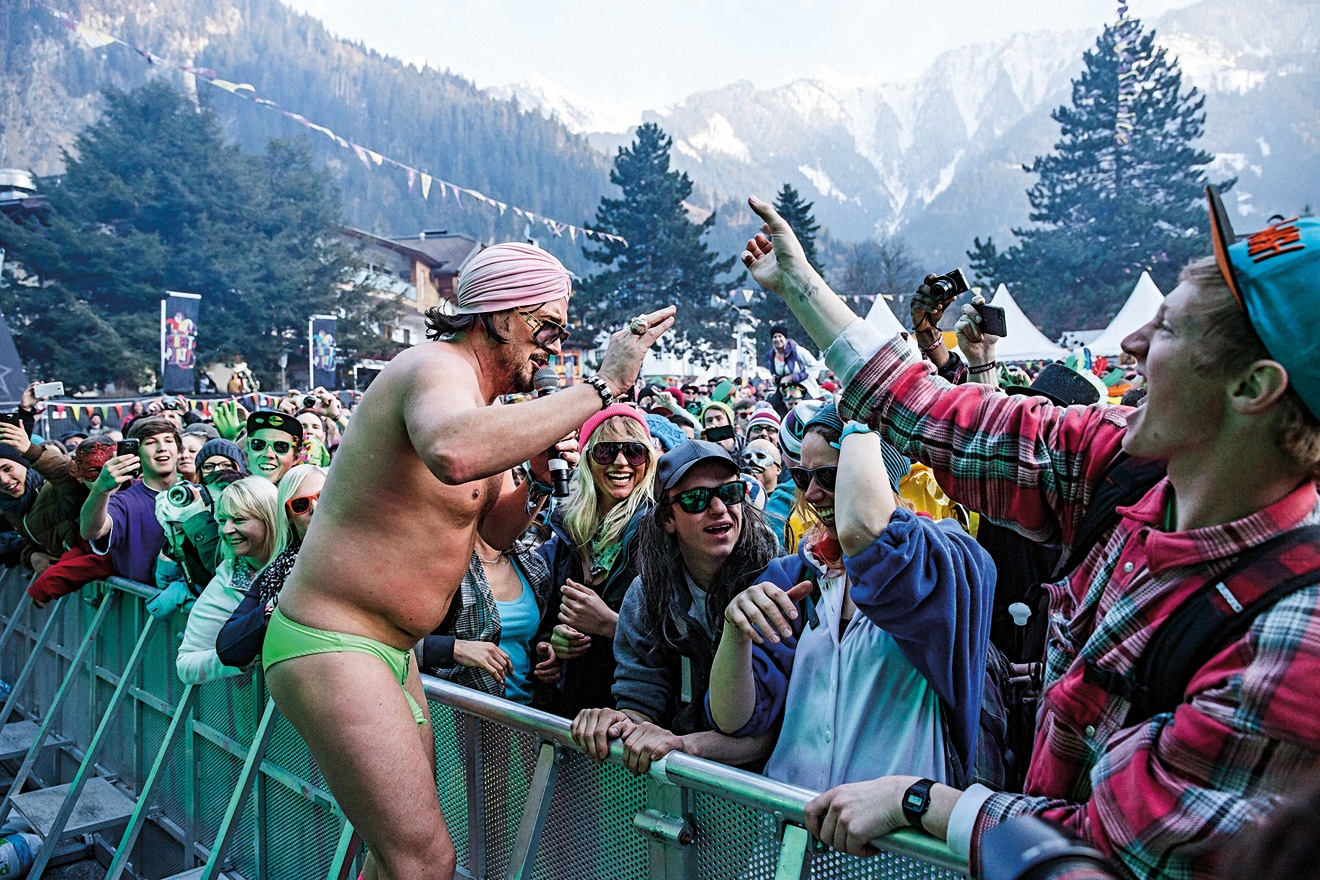 In 20 years of going to Mayrhofen we’ve made a lot of friends there, locals I mean: DJ Stocky, who runs the Arena club, Eric Roscher, who runs the Strass Hotel, Gunter, who’s a bit of an everyman and looks like Lemmy. All of these people are important because our special relationship has allowed us to get away with fucking murder. At Snowbombing you have so much fun and giggles that you end up thinking, ‘Surely this should be illegal?!’ It’s an absolute load of nonsense, it’s the most mental festival I’ve been to but, remember, it’s a marathon. In 2006 I had to ask to be clingfilmed naked to my bed and not be allowed out because I’d been partying for four days straight and I just wanted to get some time on the slopes. So Stocky, Jon Carter, maybe Fatboy Slim and a few others managed to get some cling film and strap me down as requested, which was quite a sight… I don’t remember how long I was there for, but people were in and out bringing me food, and it did the trick.

Mixmag is an official media partner of Snowbombing 2019

Tickets and info at snowbombing.com