Red lasers cut between the tiny upstairs club’s black walls, illuminating a crowd that jostles for a view of the two figures stepping up to the decks. The floor is sticky with beer spilt during the last deep-roller set; the air dense with humidity and cigarette smoke. Bringing the mic to her mauve-painted lips is Gene Kasidit – a transgender singer who’s legendary in Bangkok’s thriving queer scene, and Thai music royalty thanks to her success heading up electro-pop band Futon.

Kasidit wears a silk leopard-print robe, rockabilly sunglasses and an indescribable headpiece of geometric plastic diamonds. By her side on the Pioneer turntables is a petite figure in black headphones and a chunky silver necklace that bears the word ‘BassClef’. Kasidit, as well as the crowd of around 150 – half Thai, half western expats – have come to electronic music venue Safe Room to worship heavy basslines at Bangkok’s only regular drum and bass rave. And none would be here without this DJ.

Orawan Suppasupphawat, founder of BassClef, spins a backing track as Kasidit premiers two drum 'n' bass songs – her first toe-dip into the genre. Then the lights dim as DJ Orawan launches into a high-energy headline set, switching gracefully between jump up crowd-pleasers like Macky Gee’s 'Tour', and the dirty basslines of Chase & Status’ 'Program' and Break’s 'Keepin it Raw'. 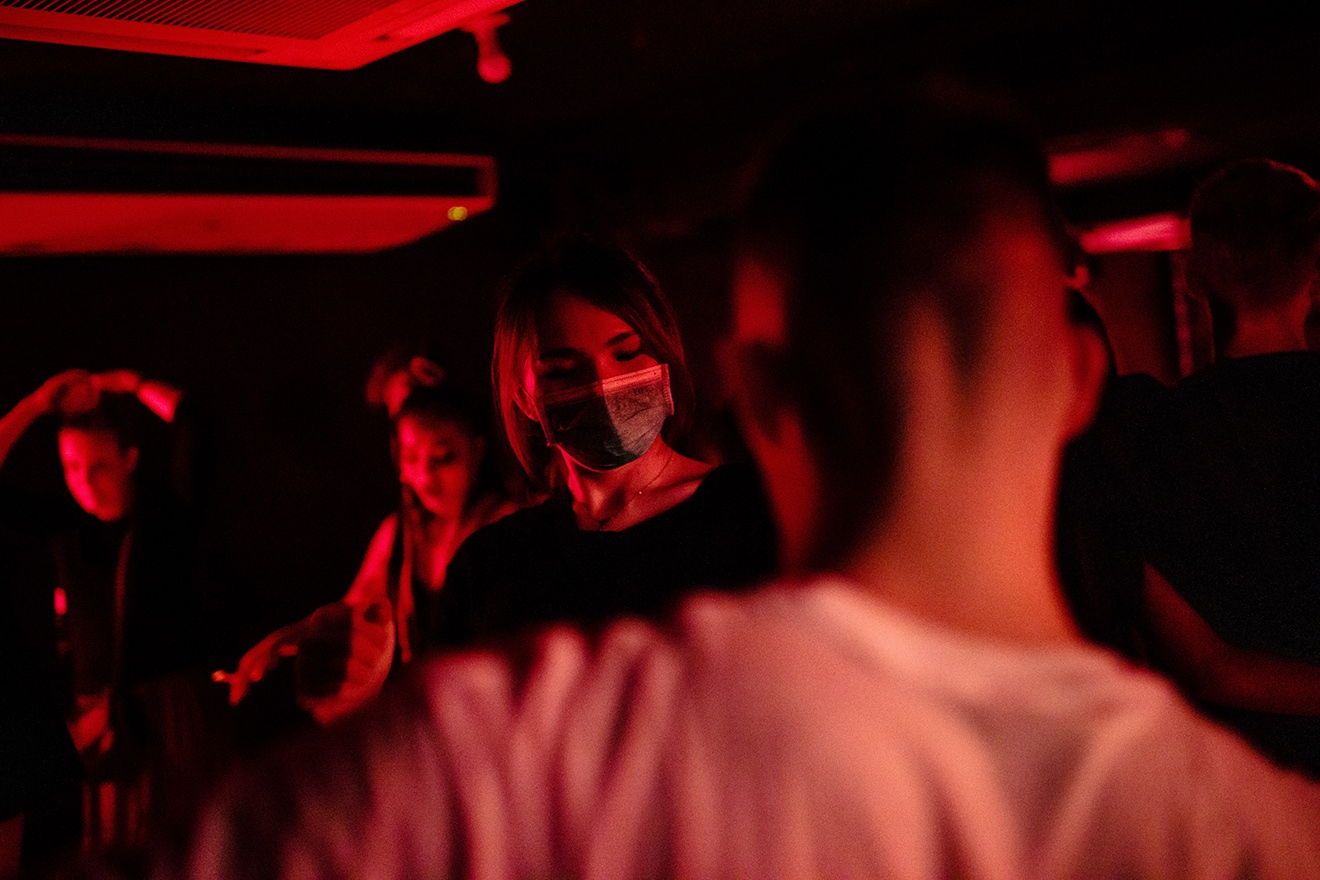 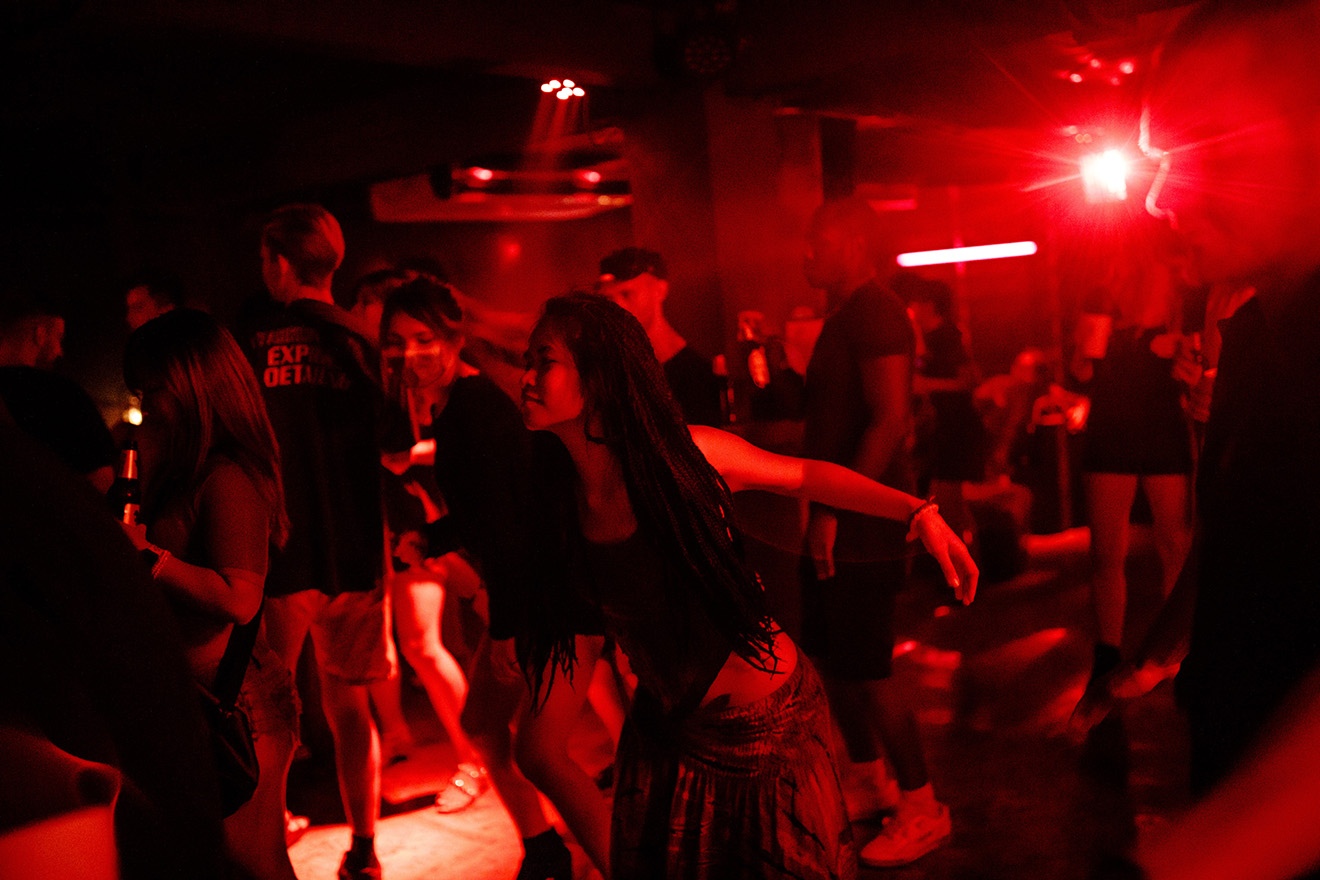 Thailand has dabbled in drum 'n' bass since jungle was first played at 90s Full Moon parties on Ko Pha-ngan. Yet it’s rarely broken out of the Western tourist scene into local club culture, which favours K pop and EDM. “I heard jungle for the first time at a Full Moon party in 1999, when I was 19,” says the now-40-year-old Orawan. “I fell in love with it. The beat was different to a 4/4 beat, you didn’t know how to dance to it but you could still groove along.”

Back in Bangkok, Orawan started digging into the UK drum 'n' bass scene via burnt CDs sold from bootleg record stores on backpacker stretch Khao San road. The tourist district was the only place she could find records by Fabio & Grooverider, LTJ Bukem and Goldie, who became her introduction to the sound. But it was in New Zealand, where she moved a couple of years later to study audio engineering, that Orawan taught herself to mix and found her niche in the bass music scene.

Orawan built her reputation with a monthly residency at Auckland’s Fu Bar, while also returning to Bangkok every year where she was booked by Dubway Sessions, one of Bangkok’s first drum 'n' bass promoters. These nights, which started in 2008, were the brainchild of DJ Dragon – one of the first Thai DJs to play the genre, and who is on the bill at tonight’s BassClef show. 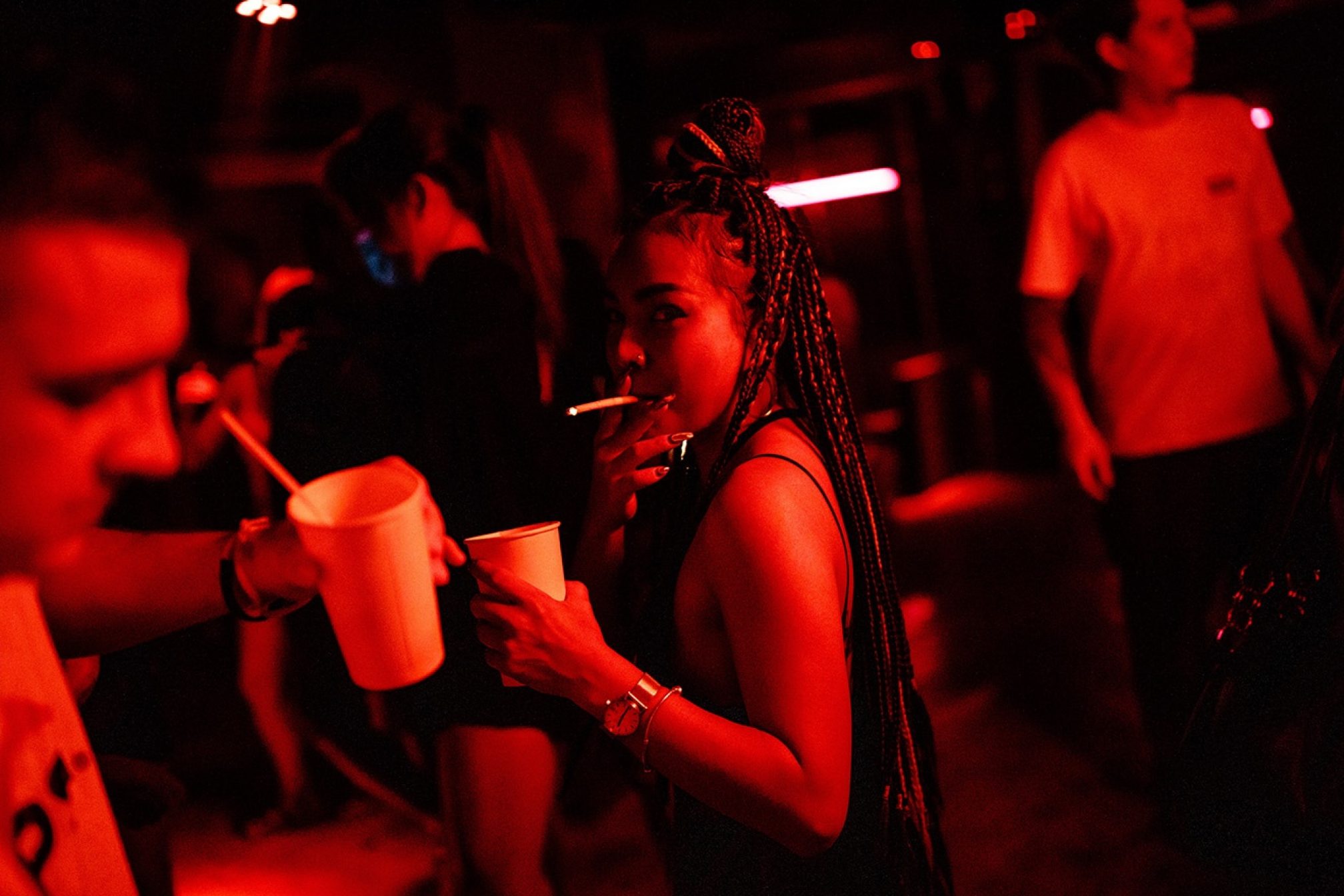 After 14 years deep in the Auckland scene, Orawan arrived back in Bangkok as it was on the cusp of its first drum 'n' bass movement. She took a job as head of marketing for Bed Supperclub, where British promoter Dave Milligan ran parties each Thursday night. Over six years he booked international acts like Diplo and Fatboy Slim, plus the likes of DJ Hype and Marky. Orawan would spin supporting sets for the drum 'n' bass acts, until the club shut down in 2015.

By this time, she’d also been part of monthly drum 'n' bass night Phatfunk with Jeremy Guessoum and Ashley Williams – DJs who bring dark, deep rollers to tonight’s line-up, too – and BassClef, which she started in 2013 to represent all bass-driven music. It’s one of a kind in a city whose nightlife leaps straight from streetside bars to the commercial sheen of mainstream clubs.

“It’s easy to find EDM, house, hip hop and generic pop on a night out in Bangkok,” says BassClef regular Craig Coppack, a Brit who now lives in Thailand. He sips a Singha and tells me how a slower pace drew him to Thailand, but the drum 'n' bass family kept him there. “What you struggle to find here is deep, dirty basslines, especially from artists like Sub Zero, Benny Page, LTJ Bukem, Fabio & Grooverider and Shabba D & Skibadee.”

Orawan has managed to attract each of these names through word of mouth. While the scene’s not established enough to pay them the fees they’d expect from UK shows, the DJs come here for the welcome from Bangkok’s bassheads, and to play across Southeast Asia: Orawan works with Asian promoters Defused Mood in Hanoi, and Unchained in Shenzhen, making a compact regional tour.

In Bangkok’s earliest bass-heavy days, Bed Supperclub’s drum 'n' bass sessions exposed the UK sound to a new generation of bass-hungry Thai ravers – one of whom was a quiet, indie kid called Wongsakorn Tharonnitiwong, who now goes by his DJ name Black Rain. Orawan remembers seeing him at the front row of every one of her shows. She took him under her wing – he calls her ‘mum’ – and now employs him at both BassClef and W Bangkok, where she works as music curator. 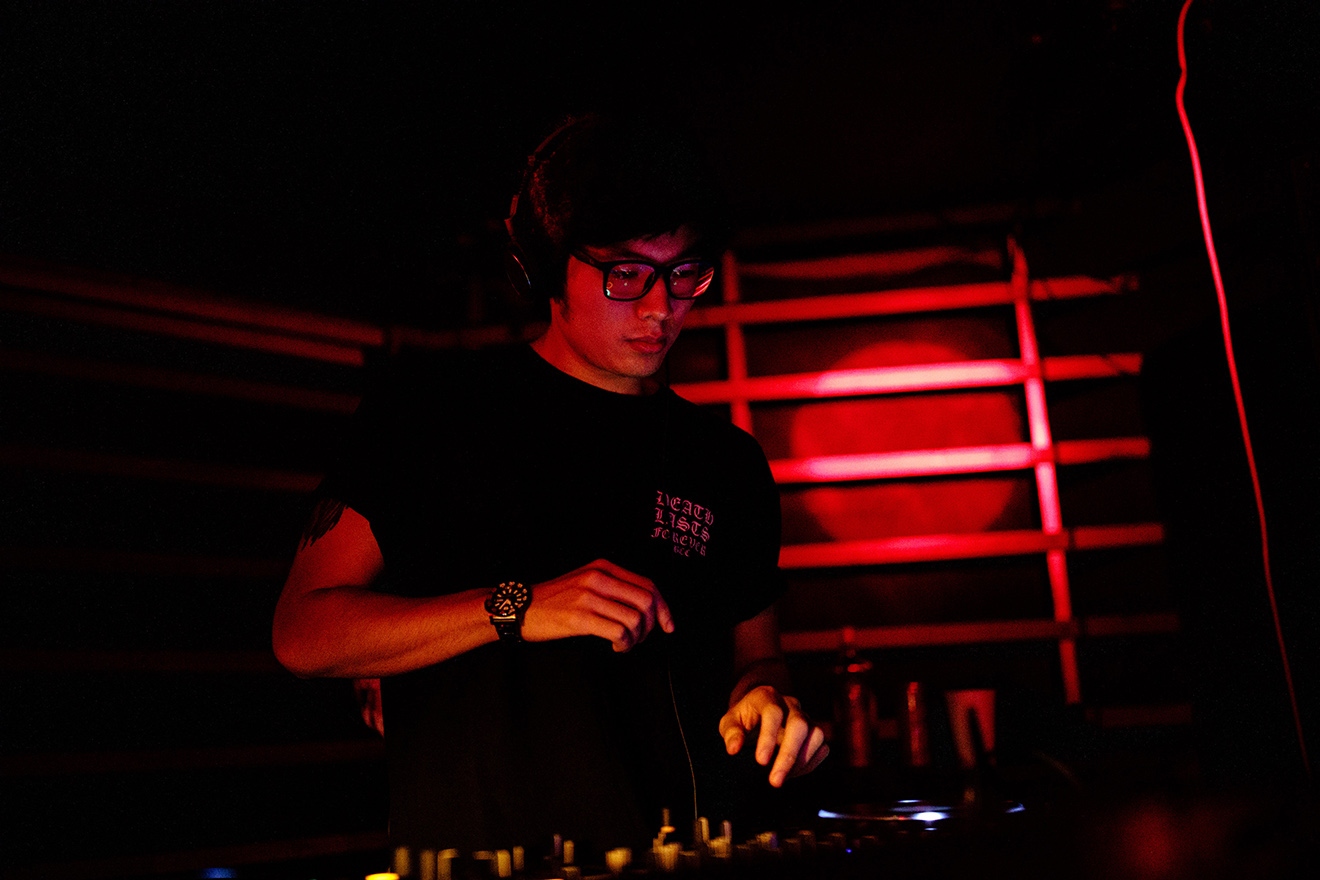 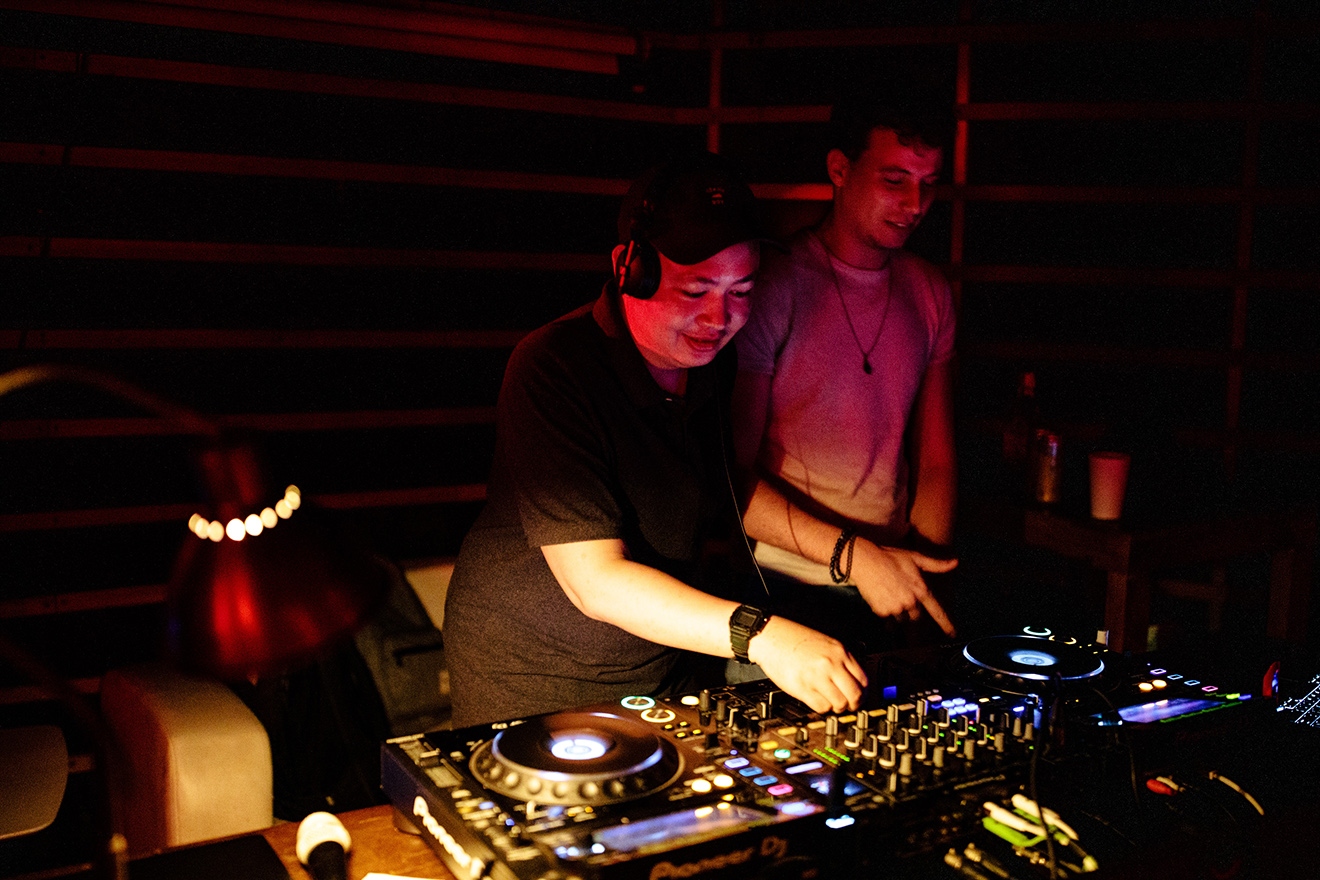 “I would go to the club with a fake Korean passport when I was 16,” reveals the now-25-year old Black Rain, soft-spoken behind Clark Kent-style glasses and dressed all in black. “I’m the youngest DJ in BassClef and I can see the scene picking up. People take notice of the big names, we just need more consistency from Thai DJs in between.” Black Rain is helping to provide that, tonight laying down an intelligent set back-to-back with Instinct (Phatfunk’s own Ashley Williams) that weaves between dark neurofunk and upbeat classics.

All agree that until Milligan’s nights ended five years ago, Bangkok’s underground bass scene was mostly driven by expats. Drum 'n' bass never features on Thai radio and Netsky reportedly lost the crowd at last year’s Songkran festival, in Bangkok, by playing a drum 'n' bass track. But over the past two years (after taking a break from music while having her son, now five years old) Orawan’s relentless promotion of her event and local DJs has created a cultural shift.

Thai regulars make up the front line of the dancefloor, gun fingers jabbing over the decks, skanking in chunky trainers and miniskirts. The dance is easily 50 per cent female – something that’s less common in London, where male-heavy moshpits take over the heavier jump-up nights.

Read this next: Drum 'n' bass has a gender problem. Who's going to fix it?

“More Thai people are starting to know drum 'n' bass because of Orawan, always promoting it on Facebook and Instagram,” says Tanat Laonooncha, her kohl-rimmed eyes expressive from behind a mint-green surgical mask (we’re raving in the early stages of fears about coronavirus, and tonight turns out to be the final party before a four month break for lockdown). “I don’t see many Thai boys at drum 'n' bass shows, but there are always lots of Thai girls. They come with foreigner boyfriends and then they like it. I discovered it through my friend from the Czech Republic.” 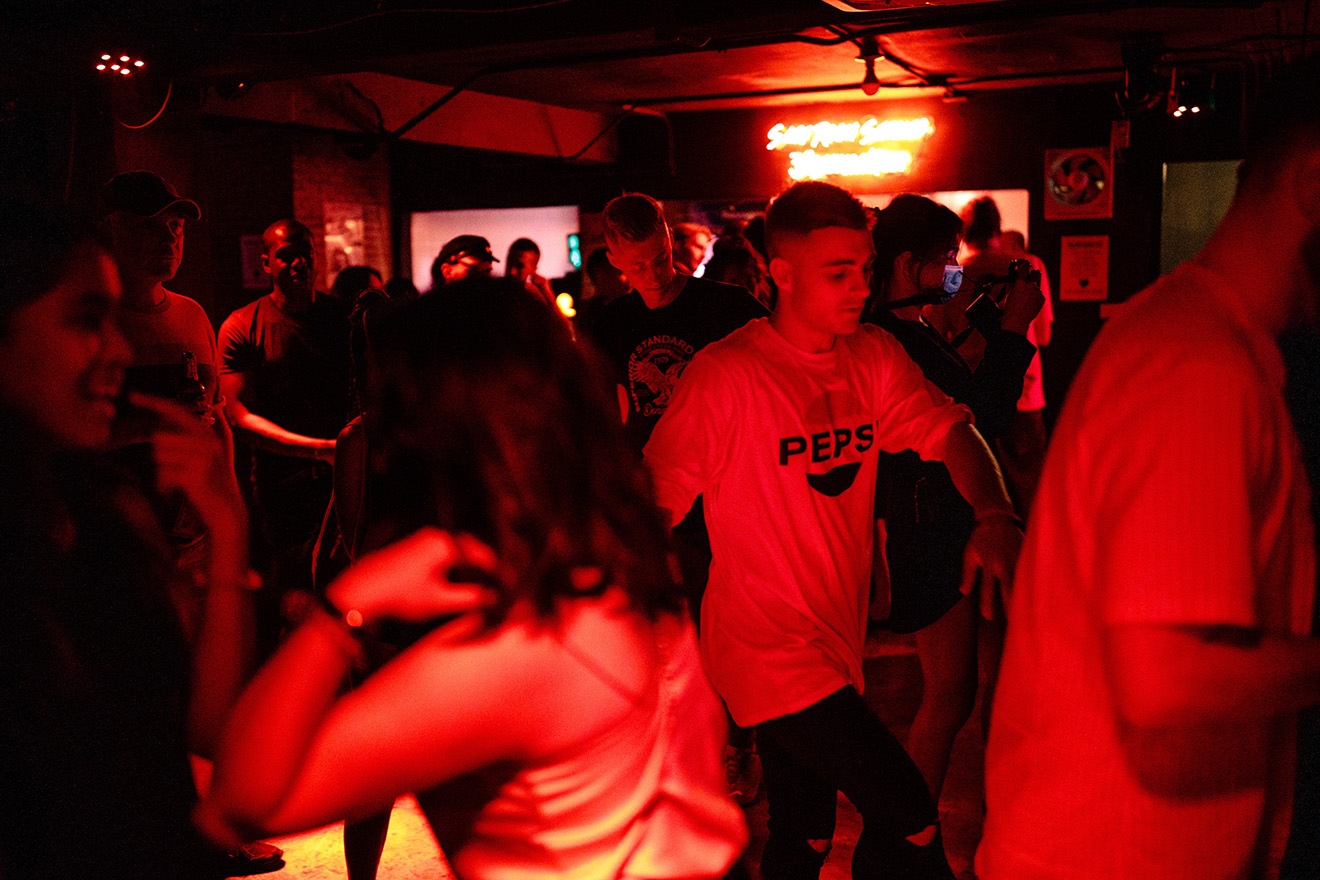 One of Bangkok’s few dubstep promoters, a Bangkok native of Gujurati descent, discovered the genre at a SubDub night while at university in Leeds. “Everything I thought about music changed that night,” 23-year-old Kishan Vedia remembers. “I was like Jesus, I didn’t even know music could go that loud.” He now runs the monthly Oriental Sub Sessions, expanding Bangkok’s bass-driven offerings to dubstep in a parallel attempt to bring more Thai locals to the scene.

“It’s hard to push music if you don’t have local talent,” he says. “And we don’t have the precedent of rave culture. But I am starting to see more Thai people at drum 'n' bass nights, and even more so reggae, as they recently legalised medical marijuana here and it’s impacting the mindset towards reggae culture. From there we can start to build the scene to dub, then to dubstep.”

Orawan plans to appeal to the younger generation by playing the long game. She’ll keep booking international acts when she gets the opportunity, and bigging up the local community in between – whether that’s via up-and-coming musical talent, charities (this night raises almost 30,000 baht for local organisation Sirisaro), or her cousin Nud – BassClef’s own accountant, doorman and sound engineer.

“If more locals have a chance to come and experience the vibe, we can get them hooked,” Orawan smiles. By the looks of tonight, her plan is starting to work.