DJ Firestarr has been a linchpin of the UK hip hop and rap scene for more than a decade. Through years of DJing, broadcasting, music journalism and touring with some of the biggest names in the rap world, he's written his name into UK rap's impressive history.

After a stint as a resident on BBC Asian Network, Firestarr now hosts his own Spotify podcast show Influential Records, bringing in guests from the heights of the global rap scene. “A highlight was securing people like Dizzee Rascal, Sean Paul, Swizz Beatz and as many artists from the scene that I could bring through,” he says.

When Firestarr lost his mother to COVID last year, the London-based DJ and broadcaster refused to back down in the face of grief. “The pandemic hit in 2020 and I lost my mother, and shortly after my BBC residency came to an end,” he starts. “The timing really impacted me because although I was struggling, my radio show during this time was where all my energy went.”

Redirecting that energy into his self-made podcast show, Firestarr is utilising the stack of contacts he’s built over the span of his career and thrivng on his own terms. “It’s been incredible. It's something I'm independently creating, producing and delivering during a worldwide pandemic and personal crisis in my life. It makes me very proud and emotional,” he says.

Check out DJ Firestarr’s Impact Mix and Q&A below. 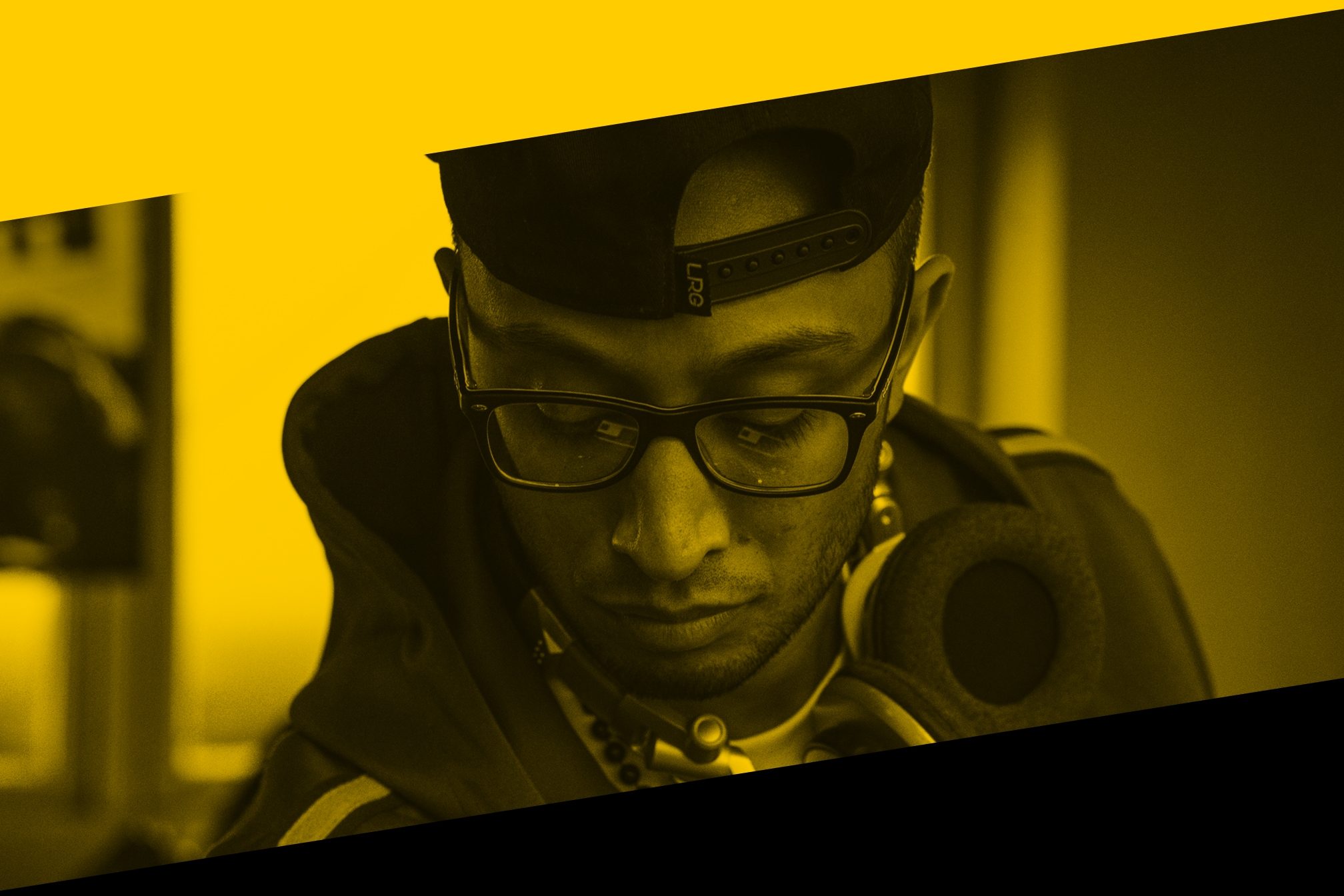 As a tastemaker for the current rap, hip hop and drill scene, what did your record collection look like when you were growing up?

The record collection has been a journey. Growing up, the UK rap and hip hop sound wasn’t as strong early on. I was heavily influenced by US hip hop, and somewhat still am, so the majority of my vinyl was rap records from the States. When I would DJ, I’d be playing a large amount of Mobb Deep, N.O.R.E, DMX, Busta Rhymes, Jay-Z, Snoop Dogg, Nas and so on. I remember travelling to New York back in 2001 as I was building my vinyl collection, and went there because there was a huge amount of records you just couldn’t get here in the UK. We went to Fulton Street in Brooklyn to a legendary record store called Beat Street which is now closed, and I literally shipped two huge piles of vinyl back to the UK after spending the whole day in store.

Any particular favourite tracks from your youth that have stuck with you over the years?

Honestly I have so many, but a few would include N.O.R.E’s ‘Banned From TV’ - I still find this record hugely infectious to this day. I remember hearing this first on Radio 1 with Westwood, I would record the shows on cassette tape and play them back over and over. It took me so long to find out who this record was by, but the horns and the energy is everything. I was also a huge Bone Thugs fan growing up, so ‘Notorious Thugs’ ft. Biggie was also a favourite. So many anthems and classic records, but this track was played so much. Every single verse would get me. B.I.G killed this record too! Giggs and Sketpa’s ‘Look Out’ was a fave being a Giggs fan growing up. It was so rare to see him live since he wasn’t allowed to perform at venues for years. Skepta, however, had more shows and was around more in the clubs, so I remember this record and link-up, the riddim, the vibe, SN1 & Boy Better Know - I’ve always got gassed hearing this.

You’ve toured with some esteemed names in the past such as Giggs, followed by Ghetts and Skrapz. What were those experiences like?

It's hard to put into words. I’m forever grateful to Giggs for that opportunity, because, like him, it's all genuine. To me it was and still is everything, he's someone I’ve listened to ever since he first came on the scene. Having known him during the period when he wasn't as huge as he is today and always maintaining a genuine and real relationship with him, his integrity is second to none. He'd never been on tour, we were there to support him and experience it too. It was a MOVIE! To then follow it up supporting Ghetts, someone who again, I’ve known for many years and connected with at loads of club shows. That was different because a Ghetts show is straight action-packed. To see him kill it every night alongside Rude Kid was amazing, they don't call him the "stage-show don" for nothing! Skrapz was a major call for me, a proper rap artist. I wanna big him up for allowing me to shutdown his tour. These experiences are what I’m here for!

If you had to pick one artist dead or alive to tour with, who would it be and why?

If I’m being honest, touring with Giggs was a life highlight for me in terms of the artist, outside of that I think it would be a US hip hop artist. Two that I listen to a huge amount are Meek Mill & J. Cole, reason being that I really check for them and the music so it's only right! 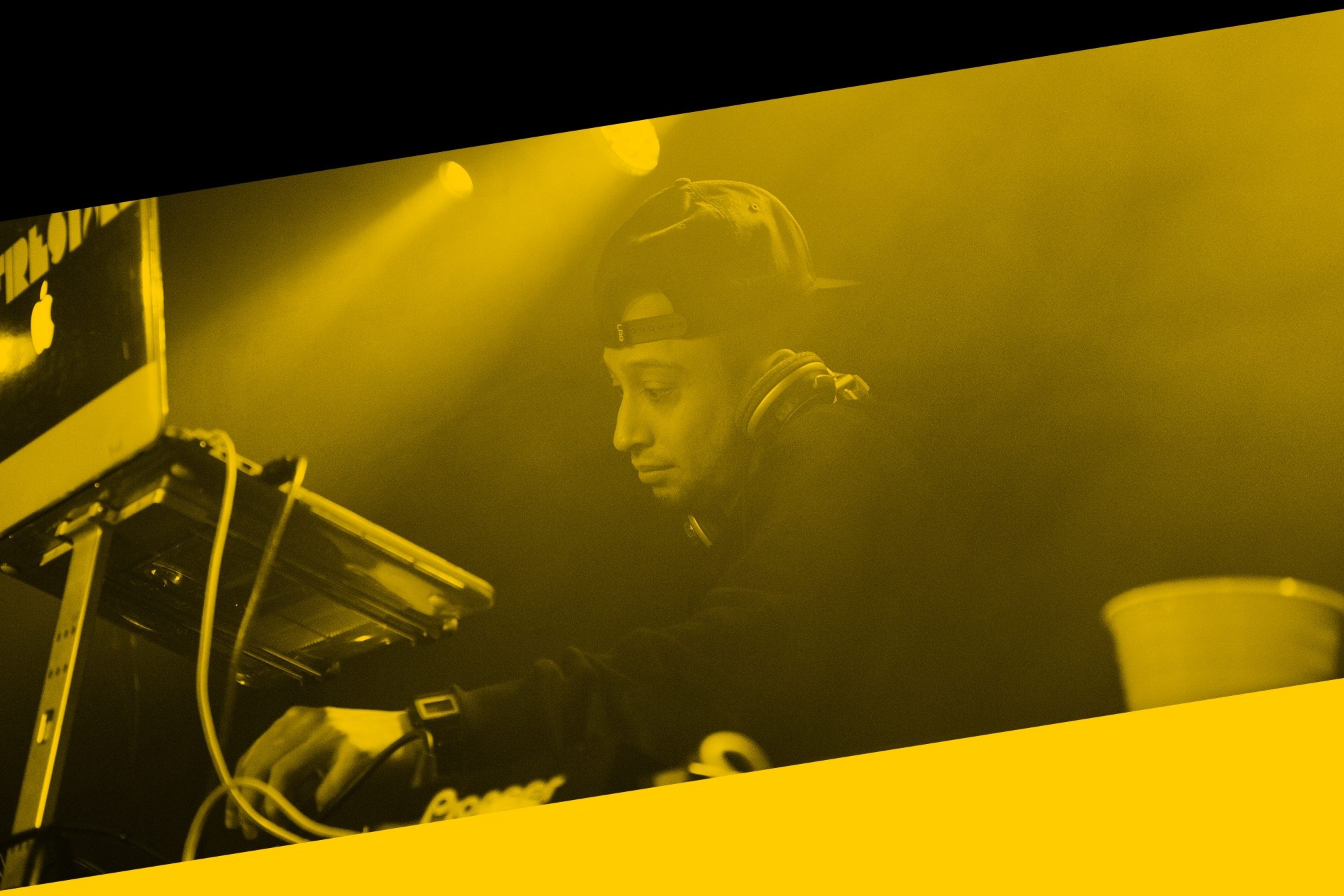 How did you come about getting a residency on BBC Asian Network?

Radio has always been a priority for me, I've always wanted to present and break music and talk to artists. I’d been knocking on the door for a long time, the BBC Head of Music at the time, Mark Strippel, suggested an opportunity at the Asian Network as part of the residency there. I took the opportunity and really pushed myself to create the show I wanted to be known for. It gave me the chance to build my skills as a presenter, and doing this consistently under some serious conditions - pandemic and personal loss in that time. I'm continuing to put in the work and looking to get back on radio where I can continue to support and grow the scene which I've been a part of my whole life. The residency really helped open up doors at the likes of 1Xtra, KissFM/KissFresh, and DASH Radio.

Since you’ve spoken to so many artists pioneering the scenes during your residency at BBC and your Influential Records show, do you think that your perspective on UK rap and its counterpart genres has changed?

I've been connecting with artists for such a long time, the residency was a chance to share those connections. What’s clear is that the UK sound, especially rap and UK drill, is leading the way in terms of trends, style, sound and vibe in the club. Its great to have huge international names on your radio show, but the response from our own artists is much stronger. People want to hear from those who are hot in the UK or even just breaking into the scene, that wasn't always the case back in the day! UK rap ain't going nowhere and its relevance across all the other connected genres is massively inter-connected.

In all honesty, the Influential Records series was born from a very devastating time in my personal life which is still ongoing. When my residency at BBC ended, things hit me hard with my mother’s loss. A close friend suggested I keep doing my thing, so I set up a series which continued bringing the connections, knowledge and music that I've gained over the past 20 years. It was a platform that continued to showcase who Firestarr is while giving the listener an insight into their favourite artists from a musical angle. We started the series in October last year and have released an episode every single week with a special guest ever since, 35 episodes at this point. Episodes in works currently are from UFC Champion Kamaru Usman, Giggs, Eddie Hearn, and more. I hope that we can branch out to more sports personalities and worldwide rappers such as Marcus Rashford, Meek Mill, Rick Ross, Floyd Mayweather, Denzel Washington, Rick Ross, and maybe Drizzy Drake one day.

You’ve spoken to the likes of Dizzee Rascal, Swizz Beats and Kranium on the show - what has the most memorable conversation or moment been with an artist on this series?

There’s been so many great moments, and I'm not just saying that! Growing up on US rap music - and just because I’d never connected or interacted with these artists before - Fabolous, Jeezy and Swizz Beatz were very special. I was influenced so much by them growing up playing their records in the club. The Fabolous conversation in full was over an hour, I thought we were going to do a 15 minute episode but it turned into a full interview. He really is super legendary, not only his advice and journey, but his vibe and energy during our chat made it incredible. Big ups the "YOUNG O.G". I don't want to take anything from the UK artists either because I have invested in bringing through the likes of RV, Rimzee, PS Hitsquad, K Koke, Vic Santoro, R.A, Kyze, Nobi, Deep Green, and many more on the series.

What are you most looking forward to when nightlife opens up again? Where are you heading?

Its been tough, one of my main residency club venues has closed for good. So with that said, I’m just looking forward to getting out there and running some riddims in this new environment, its been a minute! I would love to get back on a few tours and also feature on some more festival line-ups. Hopefully Oh My! fest in Amsterdam and Rolling Loud in Portugal are running again.

Who are you listening to a lot right now?

I’ve been hammering the new Young Thug ‘Slime Language 2’ album alongside J. Cole's ‘The Off Season’ in the car, and also really feeling dancehall artist Skillbeng's mixtape. Oh, and Potter Payper dropped a new freestyle the other day too!

Have you got any other projects in the line?

My long-term aim is to get back on major radio while continuing to grow the Influential Records series and guests. I think from a DJ perspective, I want to feature across as many festivals and tours as possible once they start running again. One locked in is Kranium’s UK tour - I'm on the line up in Birmingham, those shows are going to be crazy. The guy is a performer and always brings the energy.

Tell us a bit about your Impact Mix - how did you decide who to include?

It was a tough one, picking out my favourite records, but there was too many, so I just compiled as many tracks as I could that I know represent what I do. Then in the moment, I did a one-take mix, because you can’t over-think it. I definitely wanted to represent some UK rap classics: SN1, US hip hop, and then some newer material too. It's all in there, it's made for playing loud, the perfect warm up before people go hit the club, house party, or a long drive in the whip!