​Cinthie: "I let everything grow naturally, nothing is more boring than rising to the top in a year" - Features - Mixmag
Home Latest News Menu

Two decades into her DJ career and Cinthie is showing no signs of slowing down. With her DJ Kicks debut looming, and a new track 'Organ' is that kind of material that will be tearing up nightclub speakers this summer, as 'Bassline' did before it. Maintaining a sometimes unrelenting tour calendar, running a record label and managing her record store, elevate.berlin, day-to-day, all while trying to make time for family — seems like a mammoth task, but Cinthie is a master of multi-tasking.

“When I’m not in the studio, you can find me at my record store in Berlin, doing improvements, serving customers, cleaning up, ordering records or wrapping up orders,” she smiles, no doubt juggling all as we speak.

“But every free minute I have I love spending with my family. Nothing better than that.”

We sat down to talk to the Berlin-based DJ and producer about supporting female artists, 90s house music and the late, great Paul Johnson. 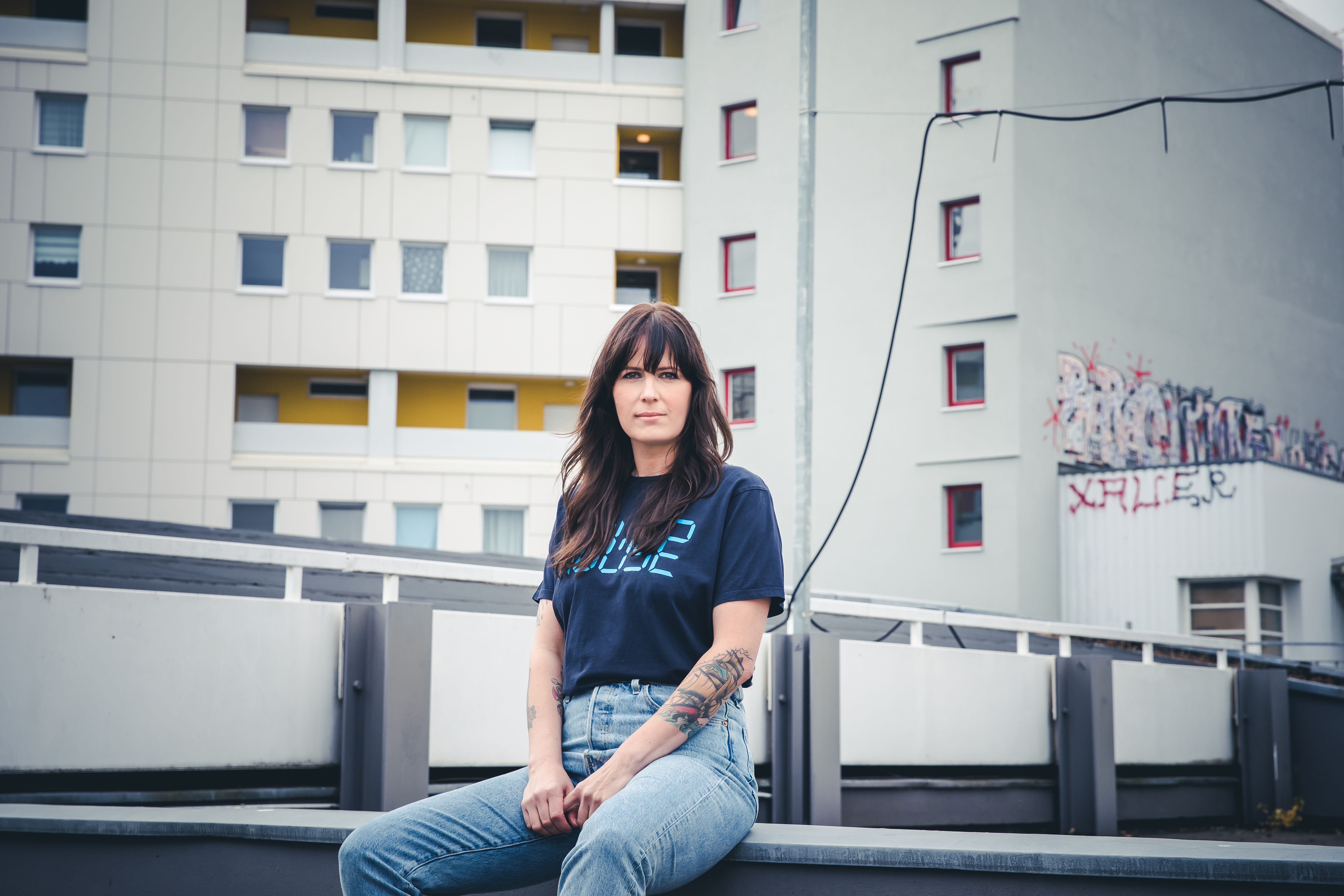 Your single ‘Organ’ could have been something from The Sound Factory!

Oh, you think? Well, that’s a compliment. Not sure what I should answer to that but the music from that time was also kind of the soundtrack of my teenage years when I just started to go out in the mid-nineties. So it’s no wonder I’m heavily influenced by that time and the sound. This uplifting and flattering sound puts you in an instant good mood.

Also, the first track from Terrence Parker on your DJ Kicks mix is pure US 90s house vibes: what is it about that sound that you enjoy so much?

It’s the whole vibe that I enjoy so much. Also, house music has always been something positive, the clubs were always a shelter for us where we left all the problems outside and let loose for a couple of hours. Everyone was the same and we were united on the dance floor. In addition, the wall had just come down in Germany and the overall vibe was so positive, we all thought this will be the start of a great future. Plus of course the uplifting piano hook, the jacking drums and the catchy vocals. I remember I once posted a nice vocal house track and said: only house music can clear my thoughts: and it's still like that after the 25 years of me playing records.

You also included the mighty Paul Johnson 'Y'All Stole Them Dances', what did he mean to you then and also now?

Paul was my role model. One of a few people I looked up to, I have so much and so much respect for him. Production-wise I think I learned a lot from him just by studying his tracks for years and trying to recreate that funk he had even in a simple drum loop. I saw him playing a lot of times in the 90s, we all knew his story and he was still making this amazing dance music while he was in a wheelchair. Only a few years ago we met personally and became friends. I miss him like crazy cause we were always exchanging silly memes. When he died, it broke my heart. Seriously! He was also one of the nicest people on this planet.

Read this next: 20 of the best Paul Johnson tracks

Meanwhile, on a more contemporary tip, it features Anna Wall and Logic1000, what are these female artists bringing to the table from your perspective?

When I compiled the DJ Kicks it was quite clear I also wanted to highlight some of my girls. I had a chat with a friend and booker the other day and he said women have fewer gigs because they don’t produce that much and I was shocked, I know so many bad-ass producers who are selling well in my own record store. Some of the girls sell way more records than some of the boys. Music-wise I’m mostly known for my house music stuff but of course, I’m also always looking left and right and wanted to include a bit more than the usual 4/4 beats. Anna’s track is from another planet.

Where does your own career fit into the current electronic world – do you feel like a mentor for younger DJs sometimes?

I believe that my career is a very rare type today because I’m doing it for such a long time now. In fact, I just had my 25th anniversary in mid-February. Everything I did so far came naturally and it might sound funny but I still see it more like my passion or hobby which just became a little bigger than when I started. I still have no manager and I just follow my own flow, I let everything grow naturally, don’t use marketing etc. For some people, it might seem it takes forever but for me, the way up is fun and in the long term it's more sustainable. Nothing more boring than raising to the top within one year due to marketing and then what? What comes after if you have done everything already in one year? Also, I’m super independent with everything because I do everything myself. From the shop to my productions and the label, and that’s something I’m very proud of and I believe it also inspires other women. Handing everything while being a mum might be another aspect a lot of younger girls might like and takes the fear off them of having a family and career or following their dreams.

What is it that is making 90s house music so irresistible right now? Is it a 25-30 year cycle thing?

The music is just timeless and just like in any other genre or fashion, everything comes and goes in circles. 10 years ago we had a whole new wave of new house fans and producers. That’s also how I met my old Beste Modus crew. They mostly just came from hip hop and they really liked the vibe around the whole house thing plus production-wise house is very similar to hip hop, just faster. I've said it before, the music and vibe is very uplifting and most of the vocals people can identify themselves with. Especially after all the dark times with COVID, I feel like people wanna be out.

Why is DJ Kicks seen as a milestone? Is it the company you keep?

I believe that every musician has a few things on the bucket list and for me DJ Kicks was still one of them — next to releasing an album, having a BBC1 Essential Mix, etc. There might be a lot of upcoming artists but not everyone is allowed to do a DJ Kicks. So for me, it means something. People trust my selection and when you look at the other artists doing it, I feel like I’m in good company.

And on from that, which has been your favourite in the series and why?

My favourite Kicks have been the Kruder & Dorfmeister, Andrea Parker, Moodymann and Motor City Drum Ensemble mixes. Those have all been mind-blowing.

And finally - which show are you most excited for in the summer of 2022?

Oh, there are so many, I’m not sure where to start! Definitely looking back to being at Sub Club, Robert Johnson, back in Detroit, Fuse, Fabric, Jäger plus at least four times in Ibiza. Actually, I love all shows, no matter if they are big or small, I always love playing records, having a good glass of wine and just trying to make everyone dance when I play.