Carl Cox: "Police used to tap my phone and intercept my van on the way to parties" - Artists - Mixmag
Home Latest News Menu

The King is once again linking up with old Space cohort Dave Browning for One Night Stand, the pair's "pop-up" party which this year lands at DC10. He's also resident and global ambassador for Resistance Ibiza at Privilege and will be making end-of-season appearances at Ushuaïa and Pacha. The King cannot be stopped.

Of course, Coxy is a true champion of the White Isle and this season is no different. We caught up with him to talk about where he's at right now... 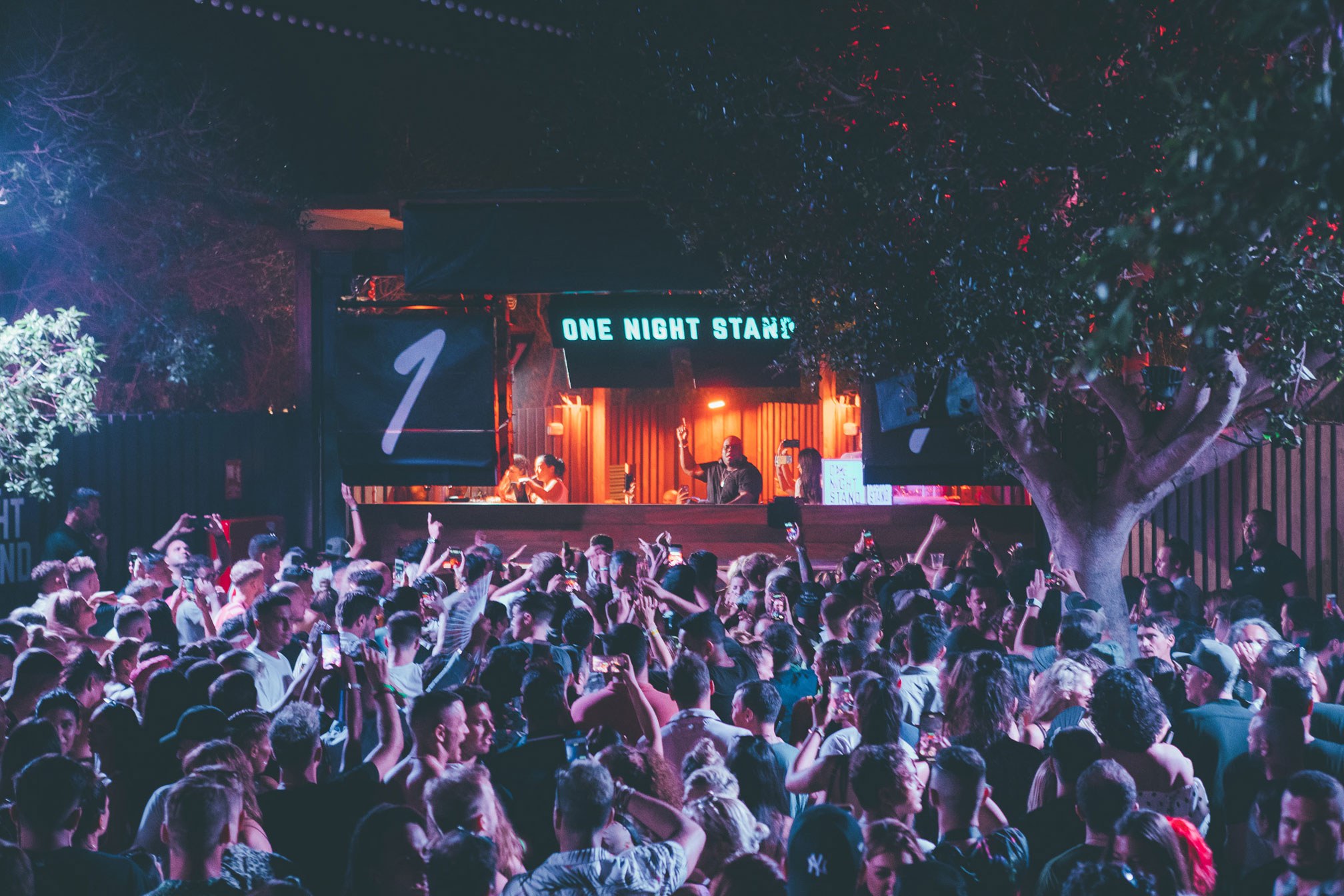 What can we expect from your One Night Stand parties this season?

We started the One Night Stand events last year and we were making One Night Stand parties in each club – it’s like a pop-up events series in Ibiza. As you know I lost my home [Space Ibiza], so I have to lay on the couch of other clubs and borrow some milk and sugar!

We also introduce new and up-and-coming DJs to our line-up. And at DC10, I'll do two sets: one in the garden and one in the terrace, which is fantastic. It's almost Space! You feel a different vibe when you're in that environment. Getting to play DC10 is such a privilege.

So you're excited about playing DC10?

DC10 is staying true to the underground roots. You've got three rooms which have been designed for that Ibiza experience. The club has great sound, an amazing light show. You can just feel the energy even if there's just two people! Whatever room you go to it's all buzzing. It's more for hearing music you don't know and that's what really good about DC10.

How do you transform Resistance into an underground techno club?

I was there right from the beginning, back when Resistance was Carl Cox and friends. I was able to book Sven Väth, Richie Hawtin, Laurent Garnier. I was booking those guys. But I didn't really want to carry the flag of Resistance's underground events based on who I am as an individual. I wanted to be a collective and the collective became Resistance.

In what ways has Ibiza changed for better or worse since you first starting coming?

Obviously Space not being there anymore is a big black hole. People used to talk candidly about the opening party at Space. You could just rock up on the rocks, grab a sangria and watch the sun go down. You've got to book yourself in now.

From an environmental perspective, do you think you can use your platform to help tourists treat Ibiza with more respect?

I had a turtle that I let off into the sea because it got trapped by plastics and one of its fins was cut by plastic and it got infected. Some fishermen saw him out there and brought it back to San Antonio and called it Carl Cox turtle. I thought that was really cute. I care about everywhere on the planet. At Glastonbury the clean-up campaign is ridiculous. Ibiza is getting better. This island has been here way before us and it will be there a lot longer after us. 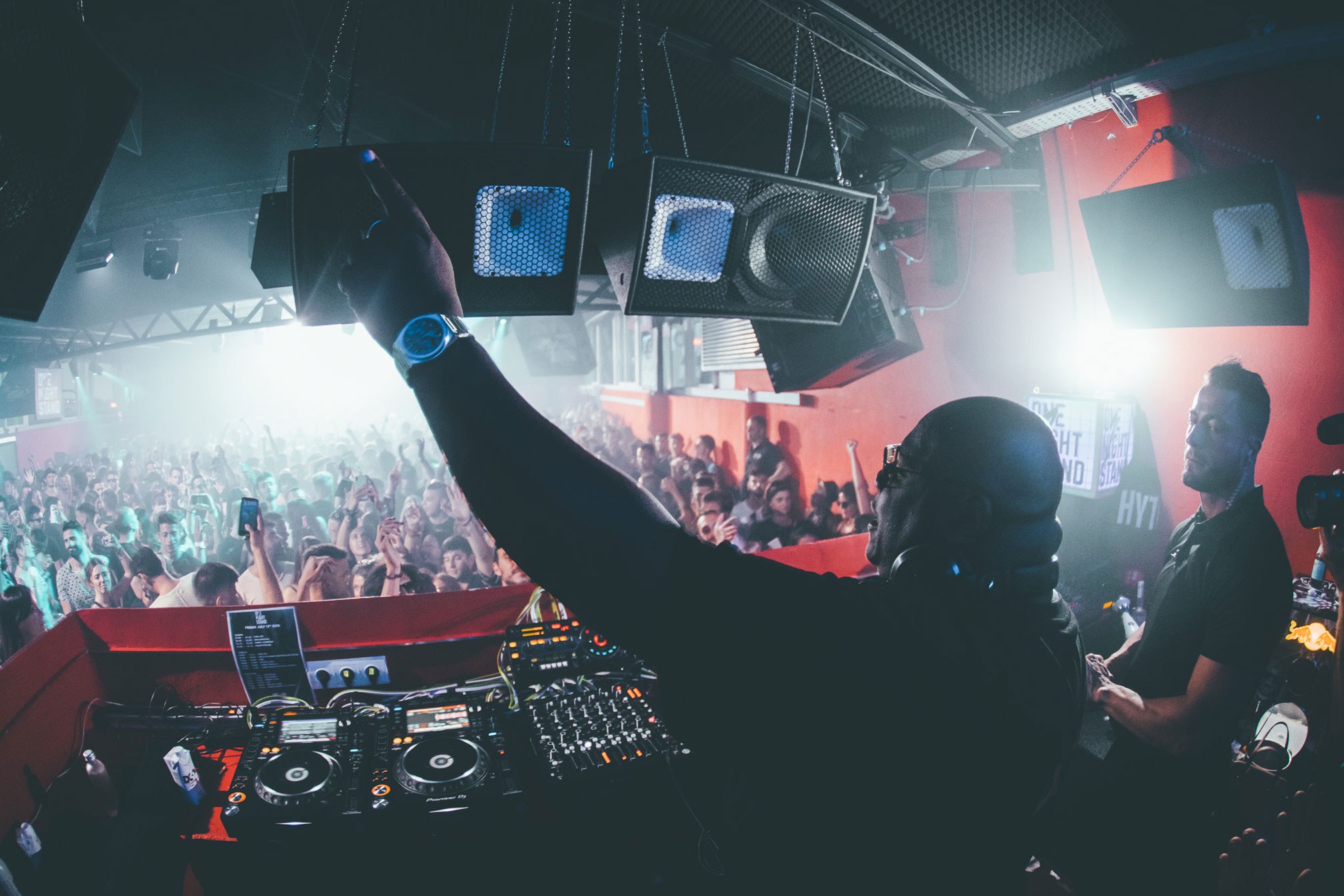 You contributed to an acid house book. Any stories that were left out that you would like to share?

Police used to tap my phone to find out where I was going and then intercept my van and basically say I couldn't go into a certain area for the night. They knew if I was going somewhere that's where the party was. Little did they know I was almost a decoy and the party happened somewhere else.

How have you invested yourself in techno?

I've always been known as a techno DJ even when I played house music. I had this element of pushing the music harder than most people. Yes, you can pitch the music harder but it doesn't mean that it's techno. Theres a defined sound of techno music and techno as we know it.

How has techno evolved in your lifetime?

This is where we were, where we are in the moment and it's continued to evolve more and more. I'm I a techno DJ, yes. I started playing this music in 1984, I enjoyed the sound of techno, even when it was in the 80s. Gary Newsman 'Cars', that's techno.

Can you reveal any info about the future of Space?

We are working really hard on bringing the name back to the island. We have all these amazing people who want to invest in the idea. It doesn't matter how much money we have got but without a license, we can't do anything. If the government hand out any licenses, that will be at the top of the pile.

Get the best of Mixmag direct to your Facebook DMs
"Controlled coincidence": How Kasper Marott makes his rave-fuelled techno
"Make it feel like the walls are caving in": How Overmono made ‘Daisy Chain’