Kwench Records founder, DJ and artist Cassy first visited Ibiza in 1995, and like many, quickly fell for the island’s spirit. “The people I met were very free and chilled and relaxed,” she recalls. “Their outlook on life was so different to your average Austrian.”

She felt the same about her time in 90s New York, where the atmosphere, the vibe and the street life appealed to her enormously, she tells us, and left a lasting impression. It’s these memories – not strictly of parties, but of open-minded people and open-minded settings – that she’s aiming to recreate through her event at Pacha. The Play House name came from a friend, and encapsulates the tone she wanted to convey both musically and artistically. “It just made sense,” she says. “Plus, I wanted to play more all-night-long sets and really get deeper into a musical journey in a way that’s playful and open.”

Cassy and her co-host and co-producer Liz Mendez are looking to bring the appeal of 90s New York and Ibiza to the super club’s PachaCha Room every Thursday this summer, with an ethos of ‘Express Not Impress’. It’s a sentiment that reflects Cassy’s passion for connected, relaxed experiences – and also informs the event’s distinctive aesthetic. “‘Express Not Impress’ just means no expectations,” says Liz. “Come down to Play House, dance your ass off, come and sweat it out with us.”

They’re running the party all summer long, and as one of the very few female-helmed residencies (alongside tINI and The Gang and Magdalena’s Shadows), are breaking the identikit, male-led mould that dominates the island. 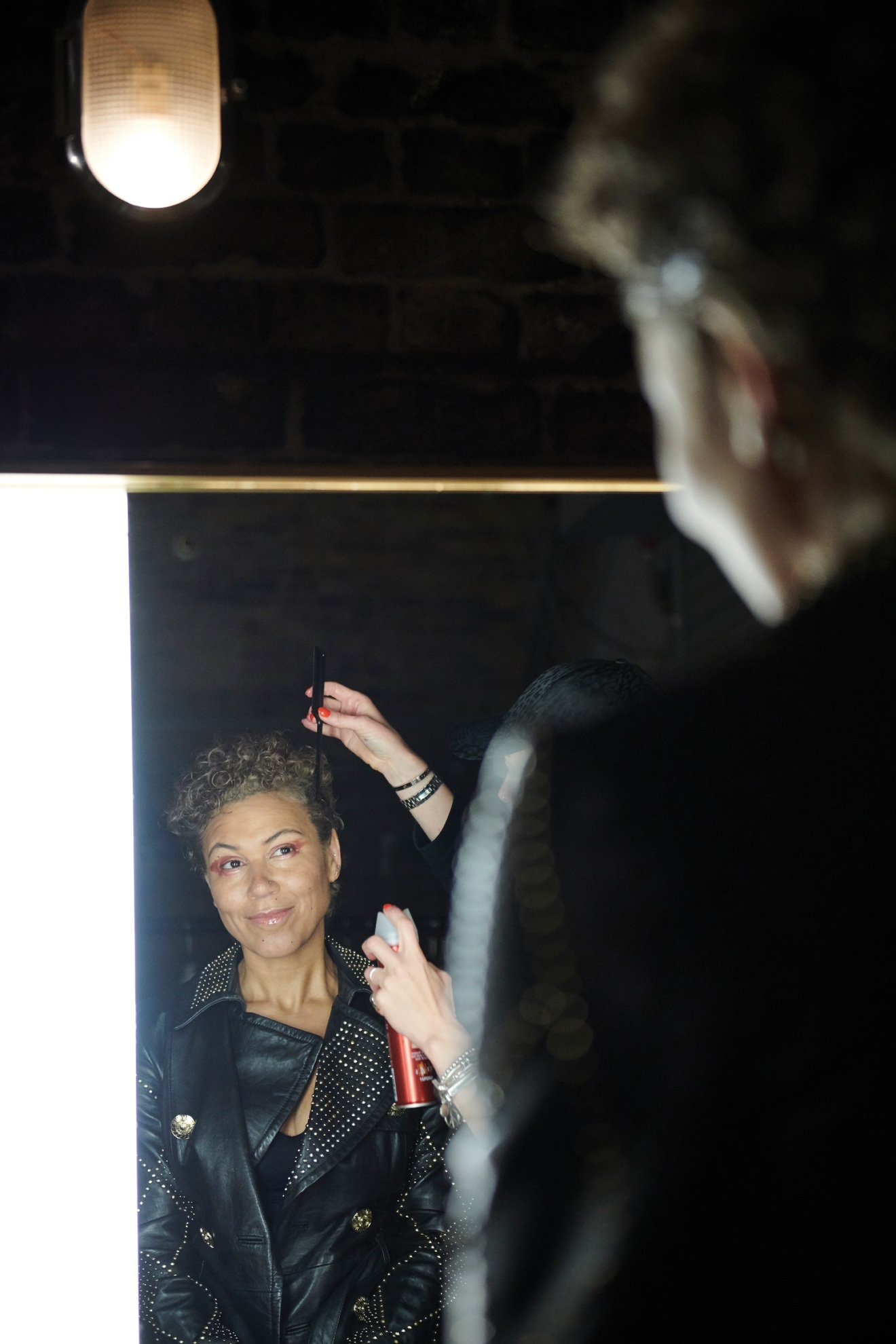 Reflecting this visually was always going to be crucial. “It was important for me to create a unique visual identity for Play House,” says Cassy. “Liz and I are strong, passionate women and we’re doing something different to what the guys are doing. We see things differently. I feel like the parties on the island have quite a masculine energy, and we want to be smoother and more feminine.”

Together with Liz’s partner-in-crime Will Worrell (with whom she runs creative agency WMVISIONS), a concept began to take shape.

“I had the help of Liz and Will, and I’ve known Liz for a long time,” says Cassy. “We had many conversations about parties, about styles, about people, about what we like and what we don’t like. It was extremely helpful to be working with people who are very woke, and who I could just trust.”

The creative process behind the Play House campaign began with idea-generating discussions and moodboards and ended with a photoshoot that merged old-school glamour with nods to Pacha’s famed fruit branding. It was vital, they say, that the imagery was bold, confident and undeniably feminine – something both Cassy and Liz were determined to celebrate from the get-go. “Femininity is important, isn’t it?,” says Liz. “It’s such a male-dominated environment and you’ve got everyone dressed in black. That bores me!”

Finding an appropriate way to pay homage to Play House’s new home at Pacha was also a factor. “People, places, everything changes every year, and everyone has to make an effort to keep things interesting,” says Cassy. “Pacha is this amazing, famous club but it’s not on everyone’s map any more despite how cool it actually is. We wanted to play with that image and let everyone know: ‘This is cool, we know where we are and we love it!’”. 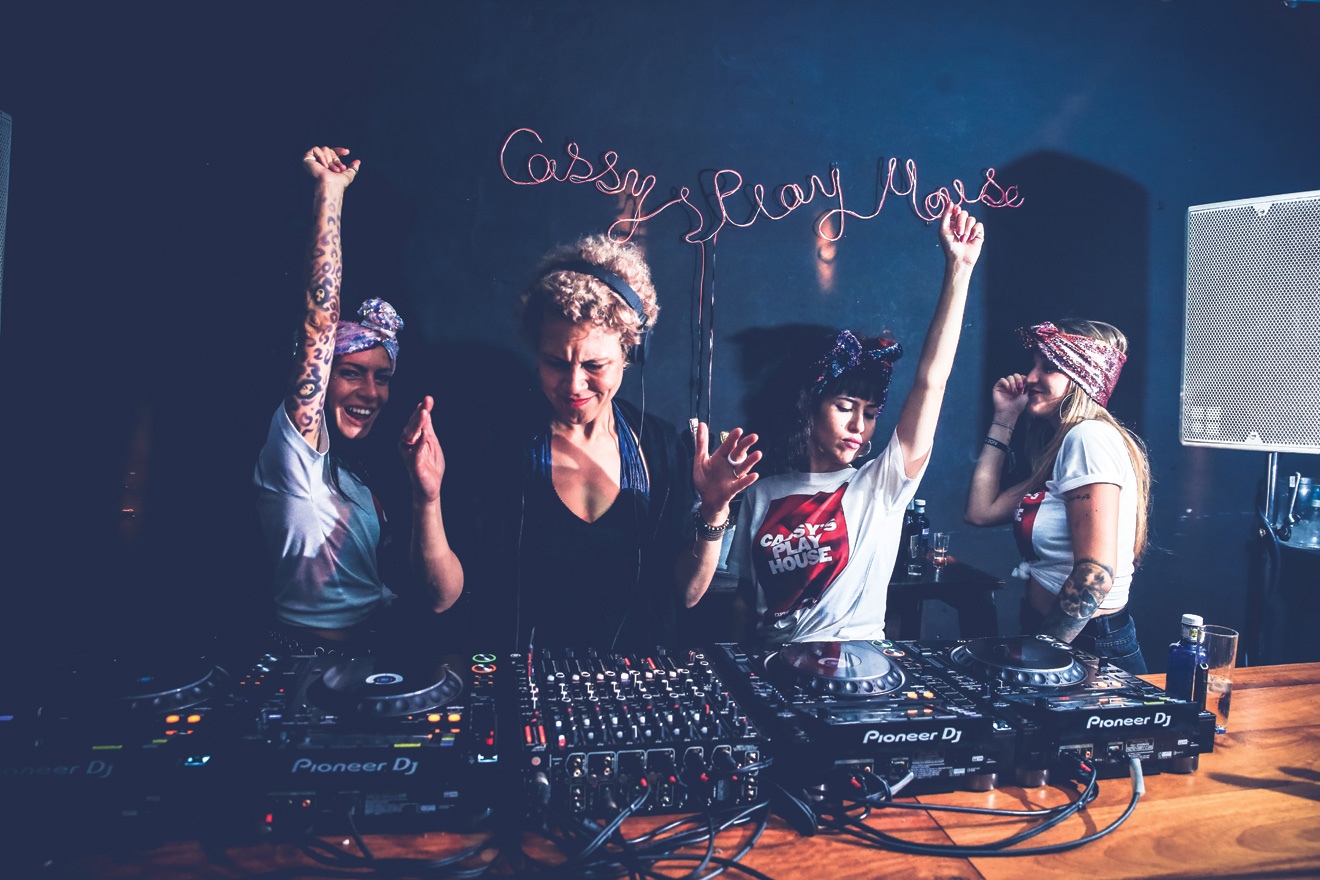 “I’ve been going to Ibiza for twenty years and Pacha was one of the first clubs that I went to,” says Liz. “I love the retro edge to Pacha’s brand, too; that’s why we went quite disco with the Play House concept – very slick and sensual. It was important to have all those factors in the campaign for it to work and to sit well with Pacha.” And she cites her Play House collaborator as the embodiment of the party’s vibe. “Cassy’s got attitude, she’s sassy, she’s sexy and she’s a badass!” she laughs. “So I had all of that in mind when I sat down to work on the creative brief.”

Liz is, among other things, a stylist and art director. Over the course of her career she’s become a key player in Ibiza, working across campaigns and styling for the likes of Kelis, Beyoncé, All Saints, Hot Since 82’s Labyrinth, Pure Pacha, Francesca Lombardo, Boogie In Wonderland and more. She also works as an Art Director for Cocoon Ibiza and Worldwide Events alongside Will.

Despite her success in Ibiza, Liz credits London for inspiring her to take the leap into more creative ventures. Between running the Kubicle parties out of an old Victorian public lavatory, throwing after-show parties for the likes of Missy Elliott and more, her creative approach often sees her combining elements from vintage fashion and maximalist design into her creative output. “The architecture, fashion, music, art – you’ve got it all on your doorstep [in London] and everyone is so eclectic,” she says. “That’s something we really wanted to express with Play House.” 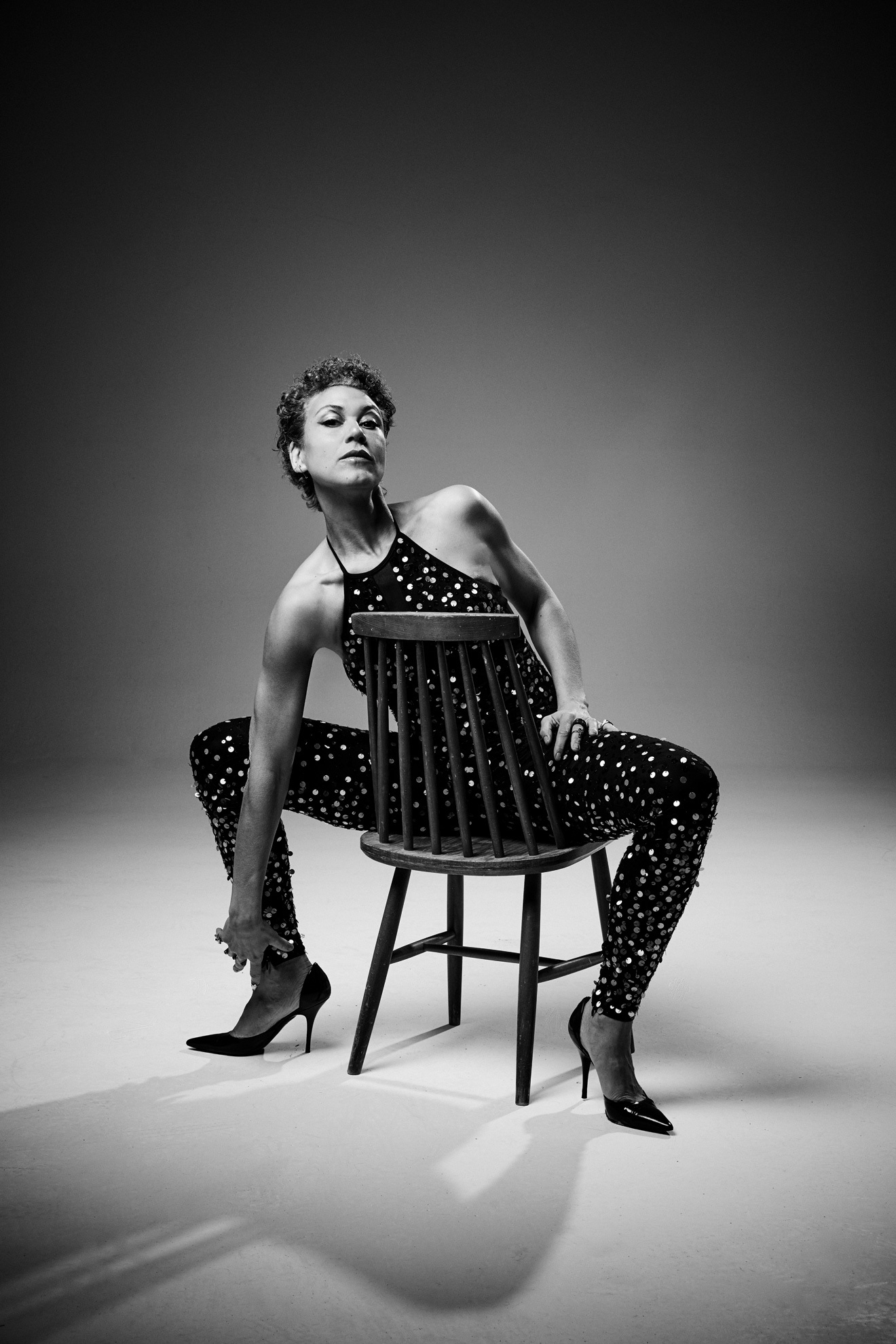 The pair hope their attendees will embrace the Play House mentality, too. “I want to attract a crowd that really loves to get down and loves music, or loves getting to know music, loves a party, loves meeting people and loves hanging out in a cool spot like Pacha,” says Cassy. “People who like a warm and fun atmosphere.

“In terms of my special guests, they’ve had to go through a stringent test to receive an invite,” she continues. “No, I’m just joking! It’s a small room, so there’s no room for big egos. We’re doing something sincere and fun and it’s an opportunity to connect with my good DJ friends who are on the island. The connection between us is key.”

And connection, ultimately, is at the core of Play House. Whether it’s party-goers connecting with the aesthetic, the co-hosts or the atmosphere of the night, it’s their memories and positive experiences that drove Cassy and the Play House crew to launch their new venture in the first place. As Cassy says, Ibiza is continuously changing and evolving. And with players like her buckled in for the ride, here’s to a brighter, more relaxed and more female future.