"He was a revolution": Busy P on the remarkable legacy of DJ Mehdi - Features - Mixmag
Home Latest News Menu

More than a decade on from his tragic death, a new DJ Mehdi track has been released.

The track — a collaboration with Busy P, Santigold and Benjamin Epps— was first started in 2001, when DJ Mehdi and long-time collaborator Busy P set up a hardware-filled production camp in a flat a few blocks away from New York's Central Park and worked on some music

20 years later, the Ed Banger founder unearthed files from that session on a floppy disk in his basement. 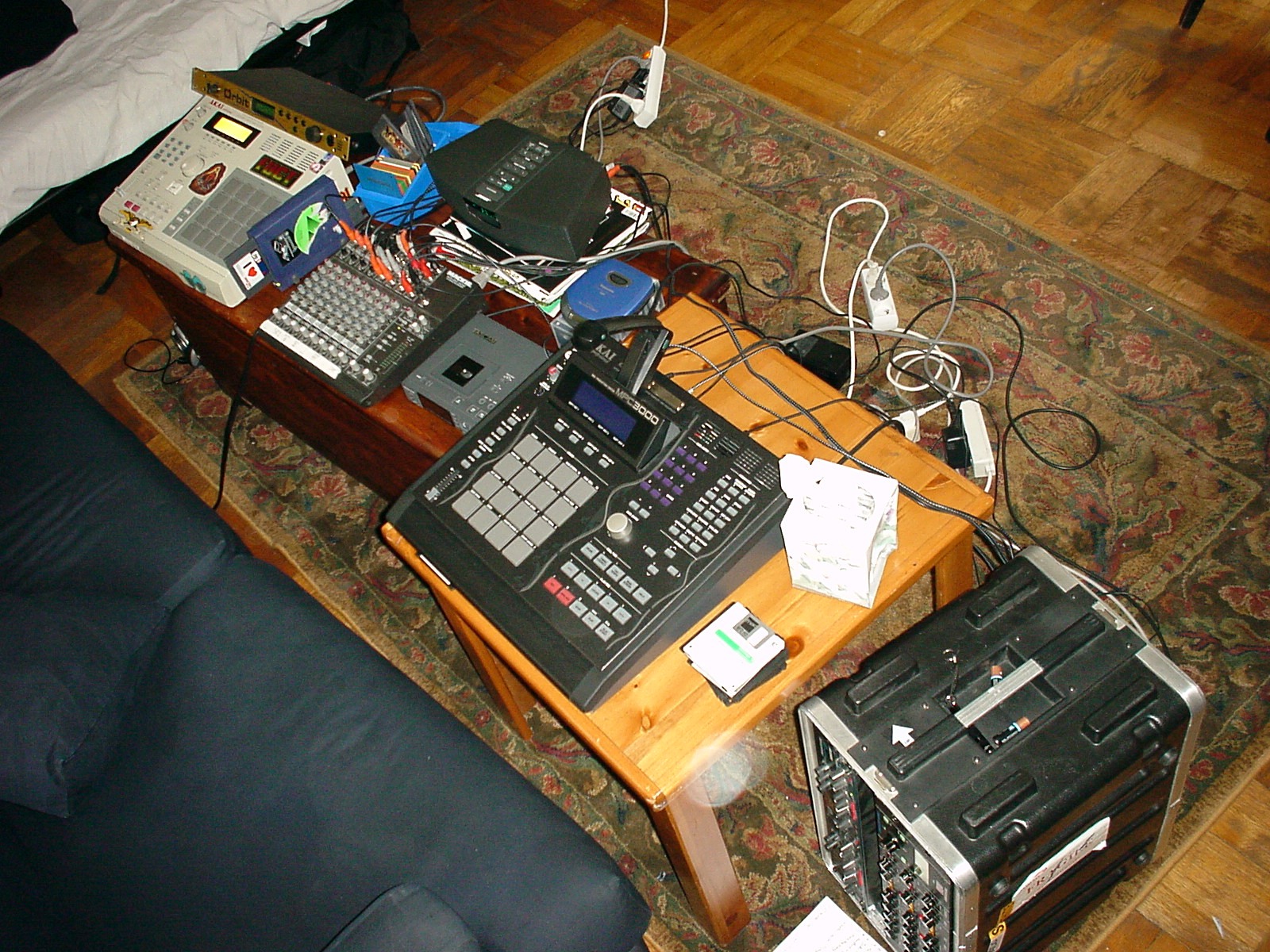 Setting the scene, Busy P describes: "Let’s go back in time, let’s fly back to New York city. The year is 2001, it’s summer time, the twin towers are still looking at the moon. DJ Mehdi is renting a flat a couple of blocks away from Central Park.

"He always loved to escape from Paris to work on some music with his MPC 3000 in his bag. We decided to set up a little production camp in the living room. I joined him for a week with my MPC 2000.

"Mehdi was working on a beat with a mental sample, a flamenco guitar that touched my heart right away. I played with the sample and created a track based on Mehdi’s first idea. Mehdi loved it and we decided to jam on it… We never finished the beat, we preferred to party with the Giant Step crew in a party where Mark Ronson was DJing near Canal Street...

"20 years later I found the floppy disk in my basement, all samples and drum kit were saved. I put it in my dusty MPC 2000, magic happened, I was in New York again with my brother."

September 2021 marked the 10-year anniversary of the death of French hip hop and house artist. Mehdi was best known for tracks such as ‘Signature’, ‘Lucky Boy’ and ‘Pocket Piano’ to name a few but had also worked alongside the likes of Cassius, MC Solaar, Daft Punk and Chromeo. Mehdi's musical abilities have always been appreciated at Mixmag: he placed at number 10 in our 2007 list of top DJs, and mixed the March 2008 Cover Mix 'Ed Banger Ménage-À-Trois' with Busy P and Feadz.

Mehdi artist not only saw Busy P, real name Pedro Winter, as a manager, but also as his best friend. In the late nineties, they hosted a monthly night at former Paris club Pulp. When they weren’t performing, they spent their time together creating various disco-hop sounds.

After rediscovering their long lost music last year, Busy P set to work on finishing the track in tribute to his friend, enlisting Benjamin Epps ("He is for me one of the most exciting new French hip hop artists in the game") and Santigold ("We love her for years, we crossed path so many times, Mehdi was a fan, she was one of us. I knew it would be a perfect fit. She’s got that unique sharp flow, her voice is unmistakable, she even offers us a French chorus!") to help.

Read this next: 10 of the best Ed Banger music videos

Today the track, titled 'MPC 2021' has been released. "The production is rough and raw, I wanted people to feel the MPC groove, the jam vibe. The song is now yours, please make sure to play it loud so Mehdi can hear it up there," says Busy P.

The mark the release, Becky Buckle spoke to Busy P about the new music and DJ Mehdi's remarkable legacy. Read it below.

Can you tell me when you first met DJ Mehdi?

I met DJ Mehdi in 1998 in New York when I was working with Daft Punk. He was in studio with Cassius at the time, they were producing famous French artists called MC Solaar. When we met we became best friends and I started to work with him as a manager.

I’d love to hear some of your fondest memories with Mehdi?

Mehdi and I we were really like a tag team. We did so many things together. We did so many festivals. An Essential Mix on Pete Tong's BBC Radio 1 show. We played fabric, we played the classic Notting Hill Arts Club parties YoYo, and a release party back there for Mehdi’s album. At the time something was happening in London, and it was definitely a good place to be. We travelled the world together. Everywhere we were going, he had a little speaker with him. The first thing he was doing when we arrived in a hotel room, before taking a off shoes or whatever, he was plugging the boombox and playing music. And for me he was definitely the music man, his life was surrounded with music.

How did Mehdi’s sound shape the French hip hop and house scene?

I have a radio show on Apple Music, and we did a special DJ Mehdi one. I invited some French people around the table, and it was crazy, even 20 years later, his sound is still in the head of hip hop people here in France.

He was using the same ingredients that us in the French house scene were using like, filter on disco, up-tempo beats. He was a revolution for France, to have this kind of sound, like usually the hip hop scene in France is more thug, but he brought an up-tempo and club vibe into the sound. It was really a revolution at the time, and it was really avant-garde. He left memories in artists of the French dance and hip hop scene. When he started to do more in the house scene, he brought all the feelings and vibes with him, on the dancefloor. He was definitely the link between those two scenes. Hip hop and electronic music are the two most important music genres of the last century, and he was the link between those two cultures.

How did you come about finding this MPC file and can you talk me through making it with Mehdi?

In 2001, Mehdi went to New York to work on some music, so I joined him. In the living room, we set up a home studio and started to make music. We started to make this beat which at the time was called ‘Paco’ because of the sample was by Paco de Lucía, a famous Spanish guitarist. We sadly never finished this the song. The artwork of the single is the actual floppy disk that we used at the time, which had all the sounds, all the drums and everything on it. I found this floppy disk in my basement a few years ago and, of course, I kept the floppy disk like a treasure. I said, ‘if I want to pay homage to my friend, let's do something positive, let's do some music.’ And so, I decided to finish the song. I called Santigold and French MC Benjamin Epps to join me on the on the track. It’s a way to celebrate Mehdi and a way to bring back Mehdi’s name into the younger crowd. Maybe by doing a new song with his name on it will bring some new audience to his legacy of his music. 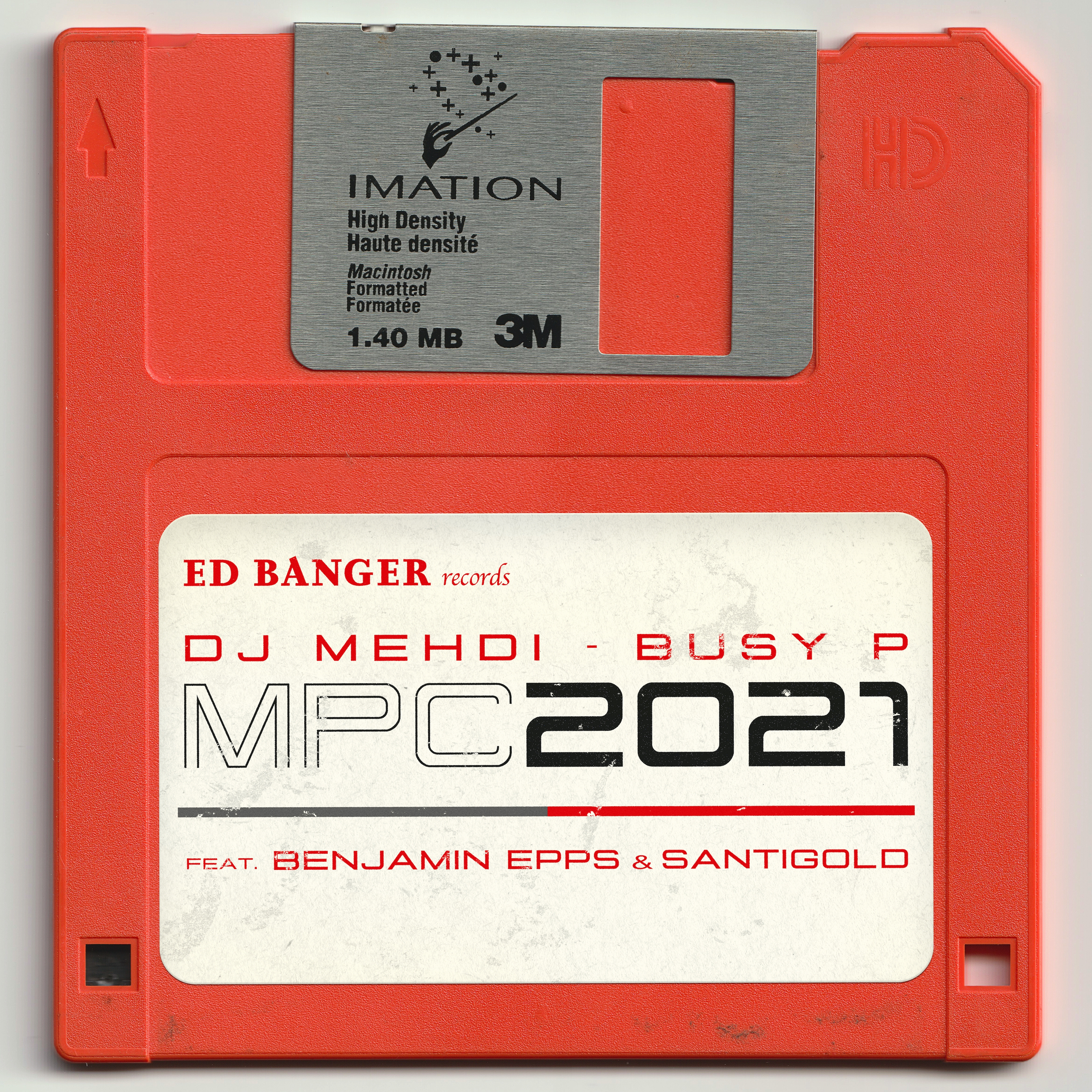 How do you feel to have finished the project you started with DJ Mehdi – is it emotional?

If Mehdi was around today, what do you think he would think of the track?

I don’t know if I'll be able to speak on his behalf, but we had like a common trust and a friendship that was unique. I'm sure he would have been happy and I'm sure he would have loved the casting. He was a big fan of Santigold, so I knew it was a perfect match. Mehdi had remixed Santigold back in the day. He remixed Santigold’s ‘Lights Out’ and we toured together so I know they really liked each other. And for the French MC I invited, Benjamin Epps: he is a newcomer and I think he's definitely one to watch in 2022. He has incredible flow, great lyrics, he's super smart and I know Mehdi would have loved him for sure because Benjamin Epps is 26-years-old but already rapping like Notorious B.I.G. He has that '90s grooves in him. It’s amazing to see that 30 years later New York hip hop still influences the new kids.

What legacy do you think Mehdi leaves?

I hope that through Ed Banger, we are keeping his legacy. This is why I did this this track, for new kids to discover his work and go dig and go discover his albums, his collaborations his remixes. His legacy is through all of us. Every time I speak about Mehdi in the scene, even though the electronic scene, he has so many connections. Boys Noize, Annie Mac, Riton everyone remembers Mehdi. He was very contagious when he was behind the decks. He was dancing, smiling. He really was spreading good vibrations.