Springtime in New York City is a risky season in which to throw a rooftop party – but that hasn’t stopped Williamsburg’s Output. On this blustery, unseasonably cold afternoon Recloose is opening up and Tom Trago’s closing, but Mixmag is on hand to check out the man in the middle: Sammy Gouyette, the DJ and producer better known as Brawther, who’s spinning in celebration of his new album, ‘Transient States’. By the time Gouyette steps up to the decks, the crowd by the booth has increased to perhaps a few dozen hardy souls. Huddled in a hoodie for warmth, unkempt curls tossed by the wind, Gouyette puts the needle to the record – and the tonearm is hoisted off the vinyl by an inopportune gust. Output’s tech person comes up with a decidedly non-techie solution, and a windshield of vinyl sleeves is hastily assembled. Then Goyette lets loose with a set that takes in the minimalist thwack of Michael James’s ‘Angels’, the swooning ambience of François K’s ‘Hypnodelic’ and the chiming intimacy of Garrett David’s ‘The Time’. It’s the kind of warm, emotive music that can make you forget about the chill. 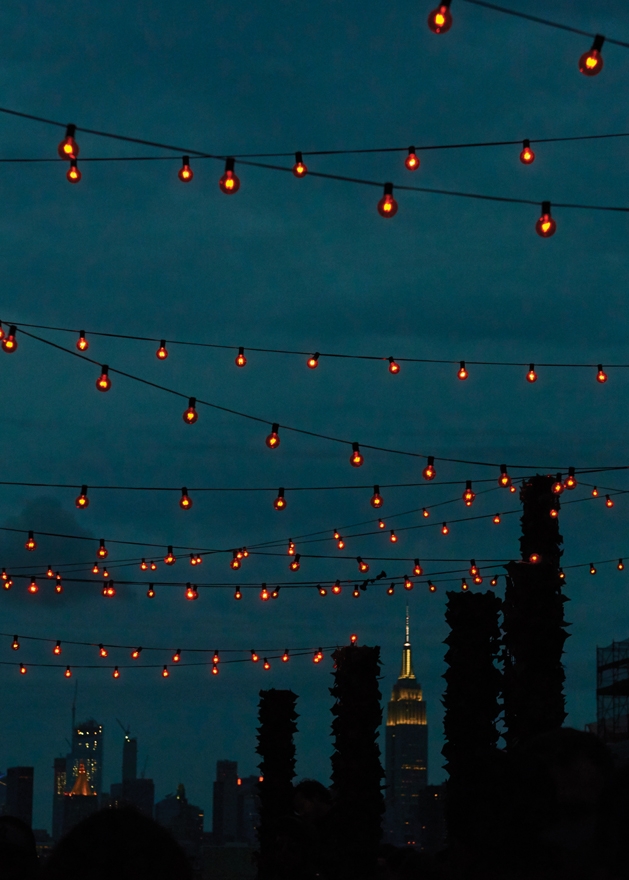 The next morning, Mixmag is sitting with Gouyette in a classic Brooklyn diner, complete with comfort food, Formica countertops and wisecracking waitresses. Born and raised in Paris, he still speaks with a heavy French accent despite teenage summers spent in Lincolnshire via an exchange programme. (English life suits him, and he’s currently living in Leeds with his wife and young child.) Deliberate and supremely chilled in conversation, he’s modest to a fault: when asked if he played any of his own tracks the previous day, he says, “I rarely do. I think there are much better tracks than mine out there.” He’s 34, but could pass for younger save for a scatter of grey in his beard.

If Gouyette’s disappointed by yesterday’s weather, he doesn’t show it. “I actually think the party went okay,” he says. “The people who were there seemed happy, right?” They were – but whatever the case, the weather was at worst a small blip in the career of an artist who, modest as he is, is standing at the edge of clubland stardom. ‘Transient States’, the debut release on his own Negentropy label, is just the latest manifestation of a discography that hints at a Platonic ideal of house, treading the line between purism and adventurism, and between hypnotic mood and jacking groove.

“I’m really trying to get the core elements, the drum and the bass and the feel, just right,” he explains. “Some people have said it feels old-school, but I just try to make music that’s… proper, I guess. If you think about a Kerri Chandler tool, it might just be beats and bass, maybe some chords – but to me, that’s house music. If you understand how to recreate that, then you can make so much more out of it, and go on to do your own thing.” Though ‘Transient States’ makes a few side trips – a touch of broken beat here, a bit of instrumental hip-hop there, and St Germain-style jazziness scattered throughout – the album largely stays true to the his ‘proper house’ template, a spectral-jack style he’s been honing for over a decade.

“Dancing to this rhythm, this beat, really seemed to connect everyone. I thought: I really want to do this”

Gouyette’s slow, steady rise toward the top has come about organically. He’s only recently hired a publicist; rather than through hype, his ascent comes through a combination of kismet, a knack for making the right connections, and a talent for distilling a classical style of house into something that’s almost reflexively appealing. House, however, wasn’t his first love. In his early teens he was into “anything I thought sounded cool,” eventually discovering the electronic sounds of Aphex Twin and his fellow braindance travellers through an unlikely source: the snuff-film flick 8mm. “At the end there’s a scene where Nicolas Cage finally finds the person who’s responsible for the killings, and suddenly ‘Come To Daddy’ starts playing at a really high volume,” Gouyette remembers. “It’s so intense, and I loved it.”

His love of the somewhat more soothing sounds of deep house came a few years later, in 2001, during one of his Lincolnshire sojourns. Friends took Gouyette, then 17, up to Nottingham club The Bomb for a party called Floppy Disco, helmed by the deep-house doyens of the DiY crew. ‘I had heard house before, of course,” Gouyette says, “but wasn’t until I experienced it there, in a club, that I feel like I knew what it was really about. There was a tribal feeling – not in the sense of ‘tribal house’, but more in the way that dancing together to this rhythm, this beat of the drum, really seemed to connect everyone. I thought that I really want to do this – maybe through dancing, maybe behind the decks, maybe making this music. I didn’t know exactly what it was going to be yet, but that was my eureka moment.”

A second epiphany came a couple of years later, this time in Leeds where he was spending the summer working in a hotel. “One night I ended up at Back To Basics and it was Tristan da Cunha opening for Derrick Carter,” Gouyette says. “Derrick Carter was good, but it was Tristan who I thought was amazing. A lot of the tunes he played became stuck in my mind.” Did they ever: a few years later he was still thinking about the tracks he heard that night, so he reached out to da Cunha via MySpace, the social media site that would come to play an exaggerated role in Gouyette’s career path. “I asked him about that party, mainly about this one track that I heard him play, describing to him how the drums sounded on that track. He actually remembered the night and remembered the specific track: KenLou’s ‘What A Sensation’.” 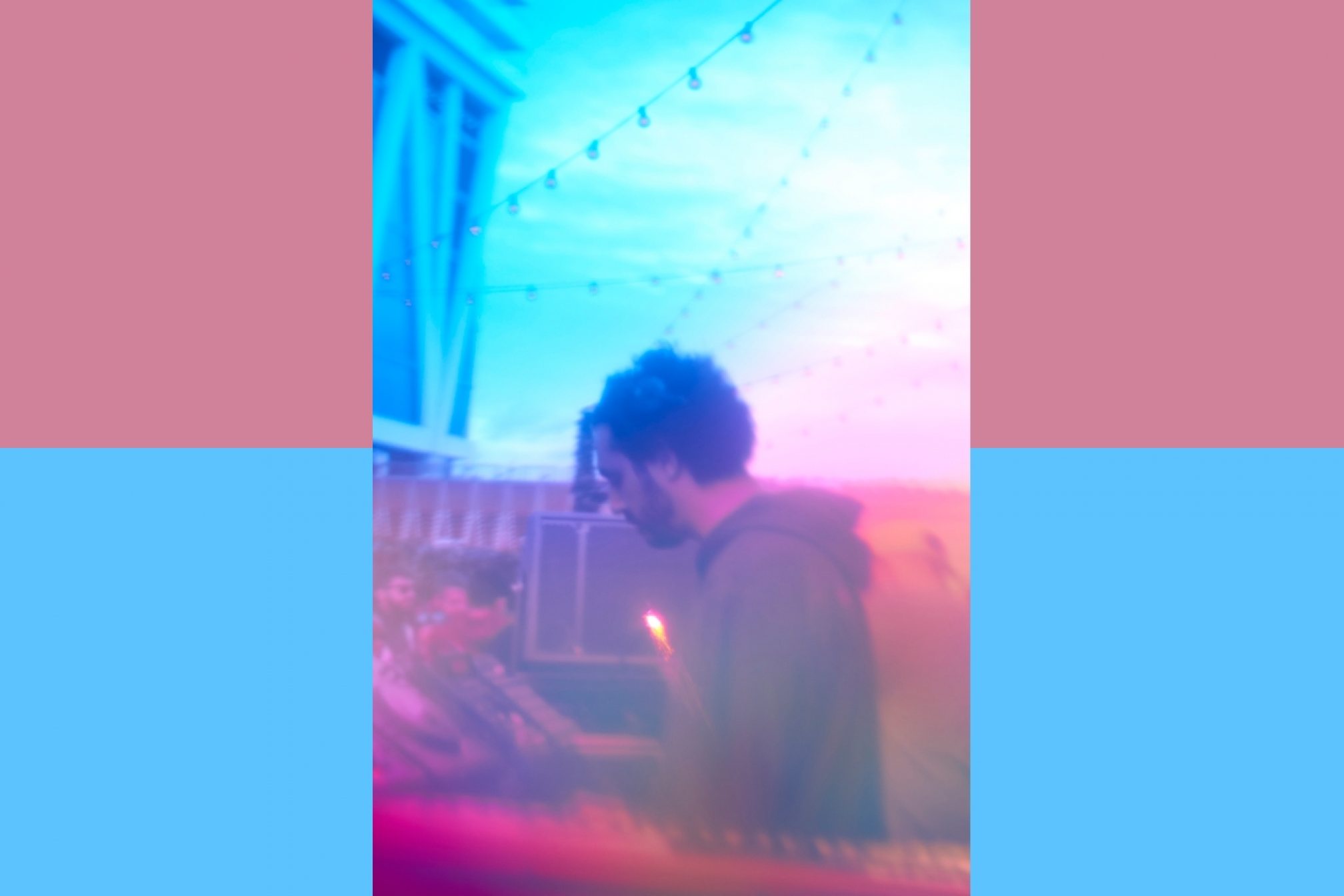 Gouyette had been dabbling in production from a young age, and by 2007, he was releasing music under the Izmo moniker. His very first record, a swingy groover called ‘Where Is Eddie?’, ended up the opener on an online mix by none other than Tony Humphries. “I was surprised, not just because Tony had even heard it, but I didn’t think the tunes I was making were really going to be played by DJs,” he says. “I just didn’t think of them as club tracks.”

At the time, Gouyette was spending hours on the internet, picking up tips and making connections on MySpace and online forums. One of those connections, that with the Chicago house evangelist Chez Damier, proved life-changing. “I had been sending demos to a few labels,” Gouyette says, “and they had ignored my emails, or the vibe didn’t feel right, or whatever.” But he’d heard that Damier had just relaunched the iconic house label Balance and figured he’d give it a shot, again reaching out through MySpace. “I wasn’t expecting anything,” he says, “but he actually got back in touch.”

“I remember Sammy wrote something like, ‘Here are these tracks. I really don’t care if you like them. I just ask that you listen to them’,” Damier recalls, laughing. “That really caught my attention. And when I was first listening to one of his tracks, I realised that I gotta call this kid. It hit me that much. He told me the story about how he had been sending his music to different people, and they didn’t think it was up to par. But what I heard from him was someone who had passion, and who understood something about this music. He understood the school I come from.” An ongoing mentorship and friendship was forged. “We’d spend hours on the phone, talking about everything,” Gouyette says. “He’d give me advice about my music, on how to present the records, on how to behave as a DJ – he’s really into caring for his audience, the kind of attitude a DJ can have, that kind of stuff. I still carry those lessons with me.” 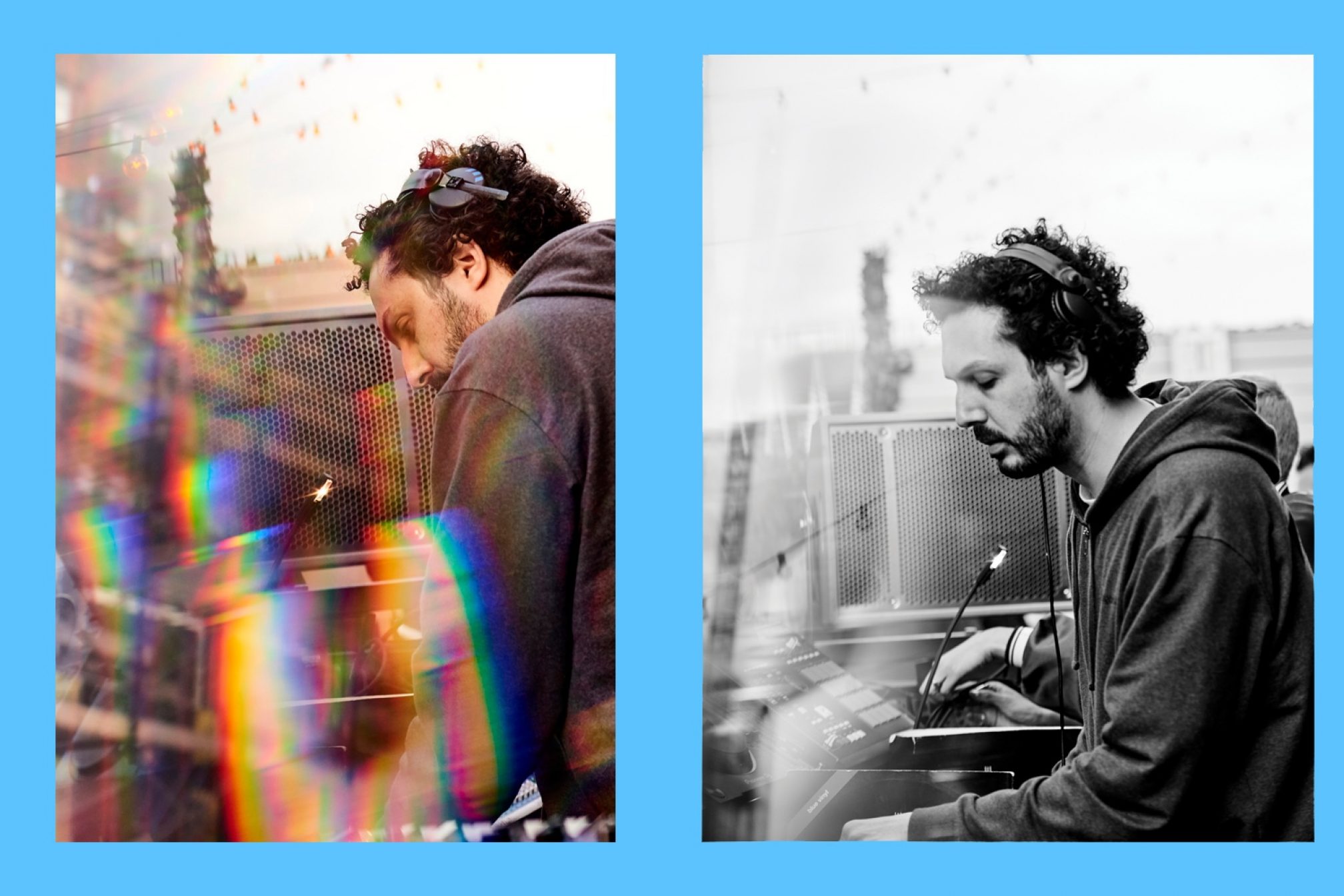 His debut Balance release, one of a series of Brawther EPs the label put out under the cryptic ‘Untitled’ name, led to another MySpace connection. Giles Smith of secretsundaze had led off a 2009 podcast with the EP’s ‘Asteroids And Stardust’. “It’s a really deep, very cerebral tune, almost a Larry Heard vibe,” Smith says. “I didn’t know Sammy and didn’t know anything about him, but he got in touch with me to say thanks. That’s all it took to get things going.”

The eventual fruit of that connection, released on the secretsundaze label, was the ‘Do It Yourself’ EP. One of the most pumping releases on Gouyette’s burgeoning discography, it was also one of the most successful to date, raising Brawther’s profile even higher. “I think it ended up getting re-pressed like nine or ten times,” Gouyette recalls.

Around the same time, Gouyette made the acquaintance of a group of like-minded Parisians, including Jeremy Underground, which led to the formation of the My Love Is Underground imprint. “It was basically to release the kind of music that had a little bit of that New York vibe that was being made by our circle of friends, along with some American things that we had unearthed,” Brawther explains. One of the label’s earliest releases was credited to Paris Underground Trax, but the bumping and gritty EP was actually the work of Gouyette himself. “It was the record that put My Love is Underground on the map,” he says. “No one knew that record was me, and I think a lot of people assumed it was Jeremy.”

One of those people was Gouyette’s Back To Basics hero, Tristan da Cunha. “I got in touch,” da Cunha recalls, “and Jeremy hit me back and said it wasn’t him. They wanted to keep the identity of the artist secret. But the next day I got an email from some dude saying, ‘Hey, you remember that kid who was chasing that track ID all those years ago on MySpace? Well, it was me!’” Another connection (re)made, the pair eventually teamed up for on-again, off-again raw house collaboration Dungeon Meat, with Gouyette becoming a semi-regular DJ at Back To Basics.

“So many things that have taken place since I got involved with music have come through these connections,” Brawther says. “It’s like it was all meant to be… like some weird matrix. You could probably make a diagram of everything that’s happened to me.” And there’s still plenty that Gouyette wants to do. He wants to try his hand at minimal, for instance; on the other end of the spectrum, he’d love to lead a band, “working with really creative musicians and songwriters, with me taking care of electronics and programming.” Yet perfecting his version of real-deal house remains his driving force. In the Brooklyn diner, towards the end of his bacon and eggs, he reveals that he still has a way to go. “I feel like I’m still going to school when it comes to house,” he says. “I’m still learning, still studying. I’m constantly trying to be better, and I don’t think I’m near reaching my potential.”

The diagram grows, and Brawther’s journey of discovery continues.

‘Transient States’ is out now on Negentropy