As the name suggests, Aberdeen club night Minival started off small: very small. “Before we did our first proper event, we threw a few student hall parties,” says co-founder Ravi Karia. He means they took over the student union, right? “No, just in student halls of residence. We found we could squeeze fifty or sixty people into one kitchen, plus a set of decks.”

Ten years on and the venue for today’s all-dayer is… different. In the heart of the Royal Deeside countryside, not too far from the Queen’s estate at Balmoral, bus-loads of ravers from Aberdeen, 25 miles away on the North Sea coast, party in the secluded grounds of Kincardine Castle.

The late 19th century baronial pile, at the heart of a 3,000-acre estate, is a remote and unusual location for a summer festival. Its grounds are perfect, though, forming a natural amphitheatre which has been decorated for the occasion with inflatable arches and a selfie-friendly space octopus. 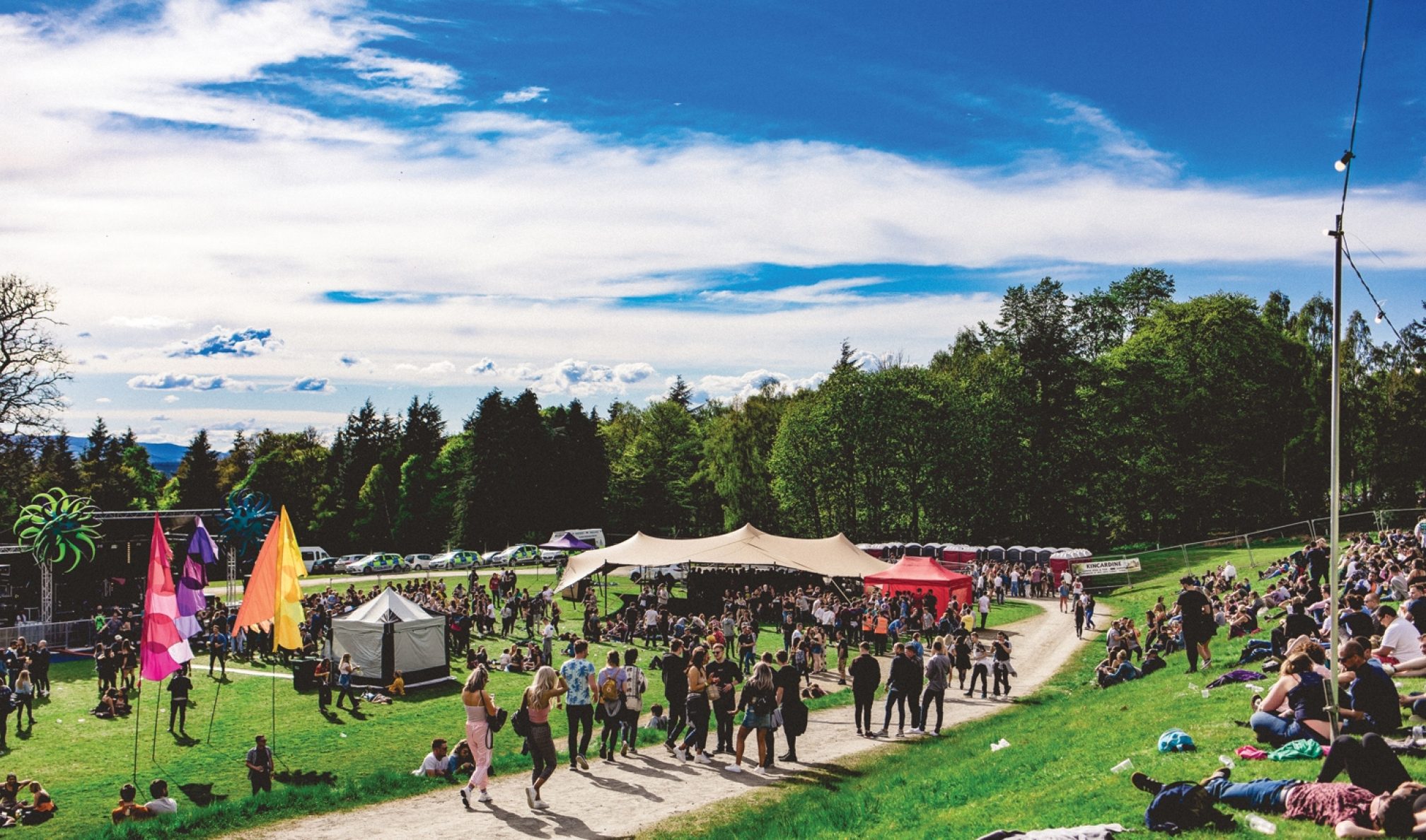 On the main stage the music is eclectic, with the afternoon featuring sets from Awesome Tapes From Africa followed by Optimo’s JG Wilkes back-to-back with Rory ‘Hammer’ Hamilton, an old friend of and collaborator with Bicep, who ran Thunder Disco Club at Glasgow’s Sub Club when he was a student in the city. Theirs is a set to reflect the beautiful weather, from the lush disco groove of The Jones Girls’ ‘You Gonna Make Me Love Somebody Else’ to the austere electro pulse of Bjarki’s ‘I Wanna Go Bang’.

The city of Aberdeen’s student community has been the lifeblood of Minival since it first began. The first proper Minival in 2008 reflected the small, ad hoc nature of those student hall parties, but very soon Karia and co-founder Cristof Ranocchi found they had created something special. “We wanted to do an outdoor party for the end of term, just for friends,” says Karia, “so we arranged something on a beach near Aberdeen: a gazebo, a generator and some speakers. But hundreds of people found out about it and turned up. We realised we’d created a brand for ourselves almost by accident, and we needed to do something with it.”

The idea of a beach party anywhere in the vicinity of Aberdeen will sound strange to anyone who knows just how bitterly the winds off the North Sea can bite. But Minival made it work, just like they made an increasing success of the intervening decade, taking over some outlandish venues and helping to give the city its own clubbing identity.

“At the time, Aberdeen didn’t have much awareness of the style of music that we liked,” says Karia. “There was a pretty good drum ’n’ bass scene being pushed forward by promoters like Jungle Nation, but very little deep house or minimal being played, and no real connection between it and the student community. As far as we could see, there was nobody pushing house, techno or disco in a big way.” 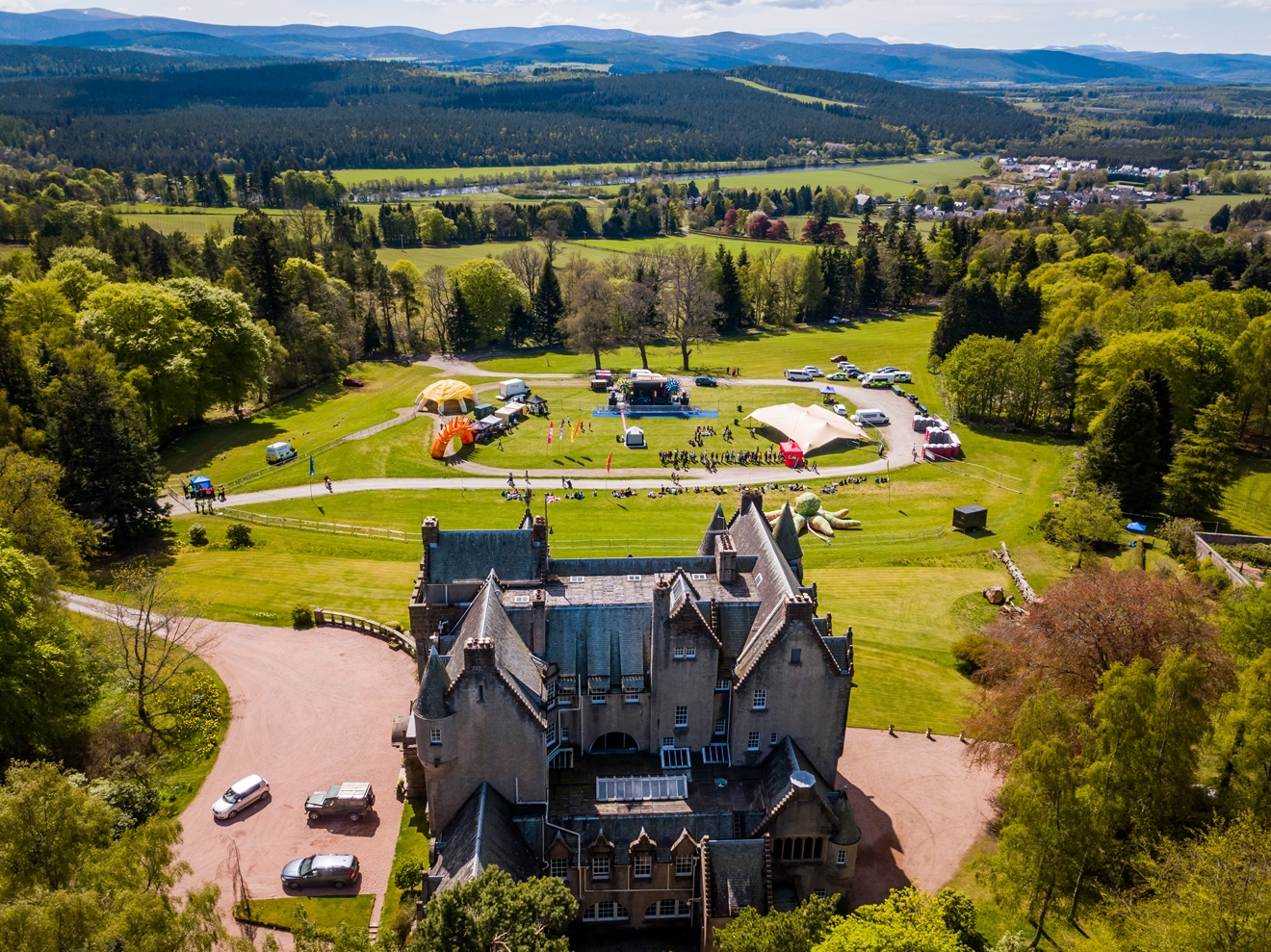 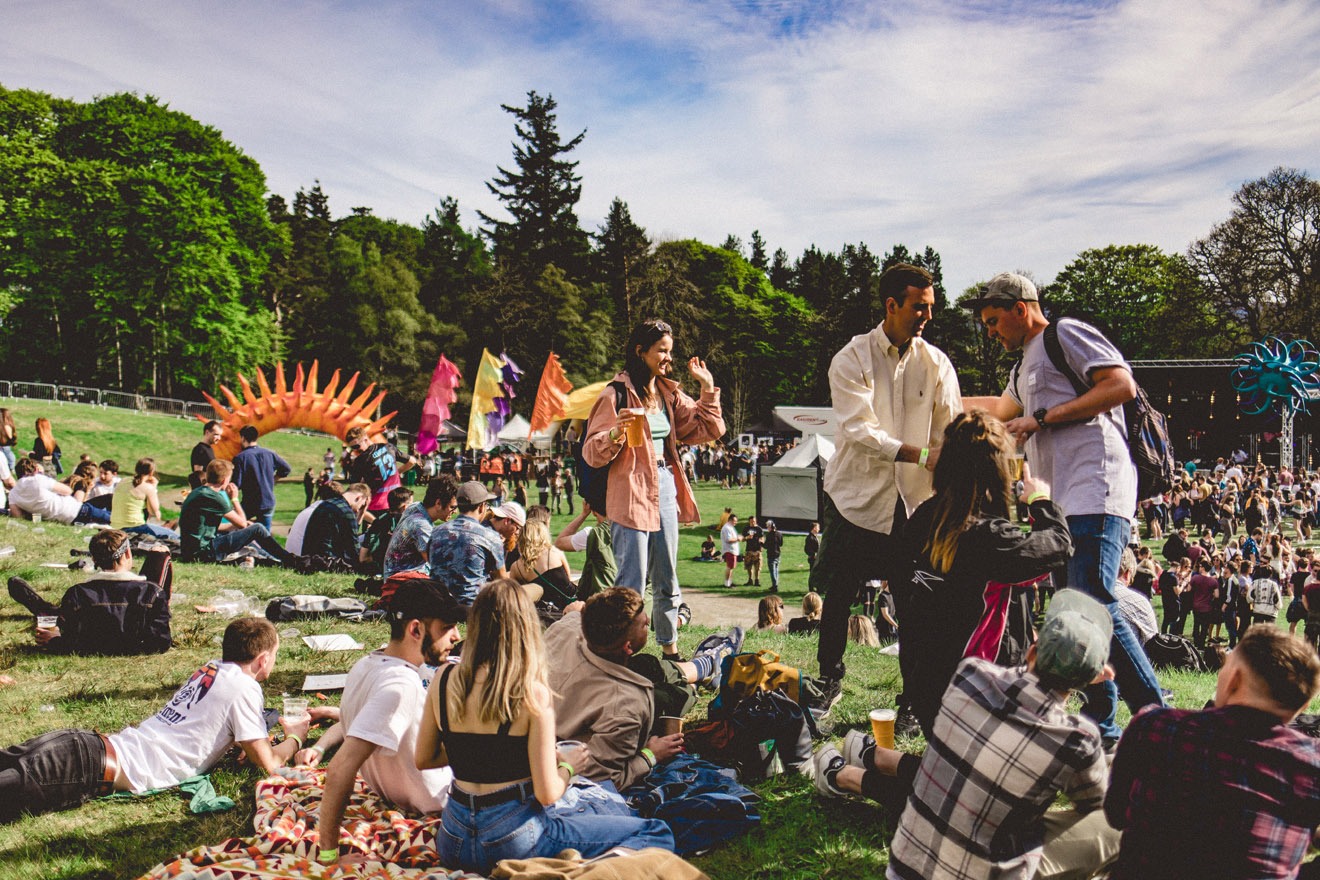 Their ambition and invention knew few bounds, from outdoor terrace parties overlooking the sea at the 200-capacity Motown bar to booking then-unknown guests like Crosstown Rebels’ Jamie Jones and Visionquest’s Lee Curtis at the city’s Korova, and eventually in 2011 catching the attention of the city’s main club venue, Snafu.

“It was amazing, man, it was so good,” says Karia of those Snafu days, with a wistful edge to his voice. “Aberdeen is a small city, so I can safely say that club was the centre of the scene, with a community around it which kept growing and was into the same type of music. More new DJs and promoters kept getting involved, and for me that really was the heyday.” The guests kept coming, including Richy Ahmed and Mano Le Tough, and Minival hosted a huge free party on a beach in Balmedie, 10 miles north of the city, where 3,000 people turned up for Glasgow dub soundsystem Mungo’s HiFi.

Then in 2014 Snafu suddenly and unexpectedly closed down: a blow, says Karia, but the Minival crew kept going; first to other traditional venues like the Forum and The Tunnels, and then back to the beach for unique, site-specific events at Codona’s Amusement Park, a working funfair. They brought Nina Kraviz, Levon Vincent, Enzo Siragusa, Joy Orbison, Tale Of Us, Âme and many more to the city, and in 2017 held their first event at Kincardine Castle – although the weather then wasn’t as kind as it is for this year’s 10th anniversary special. 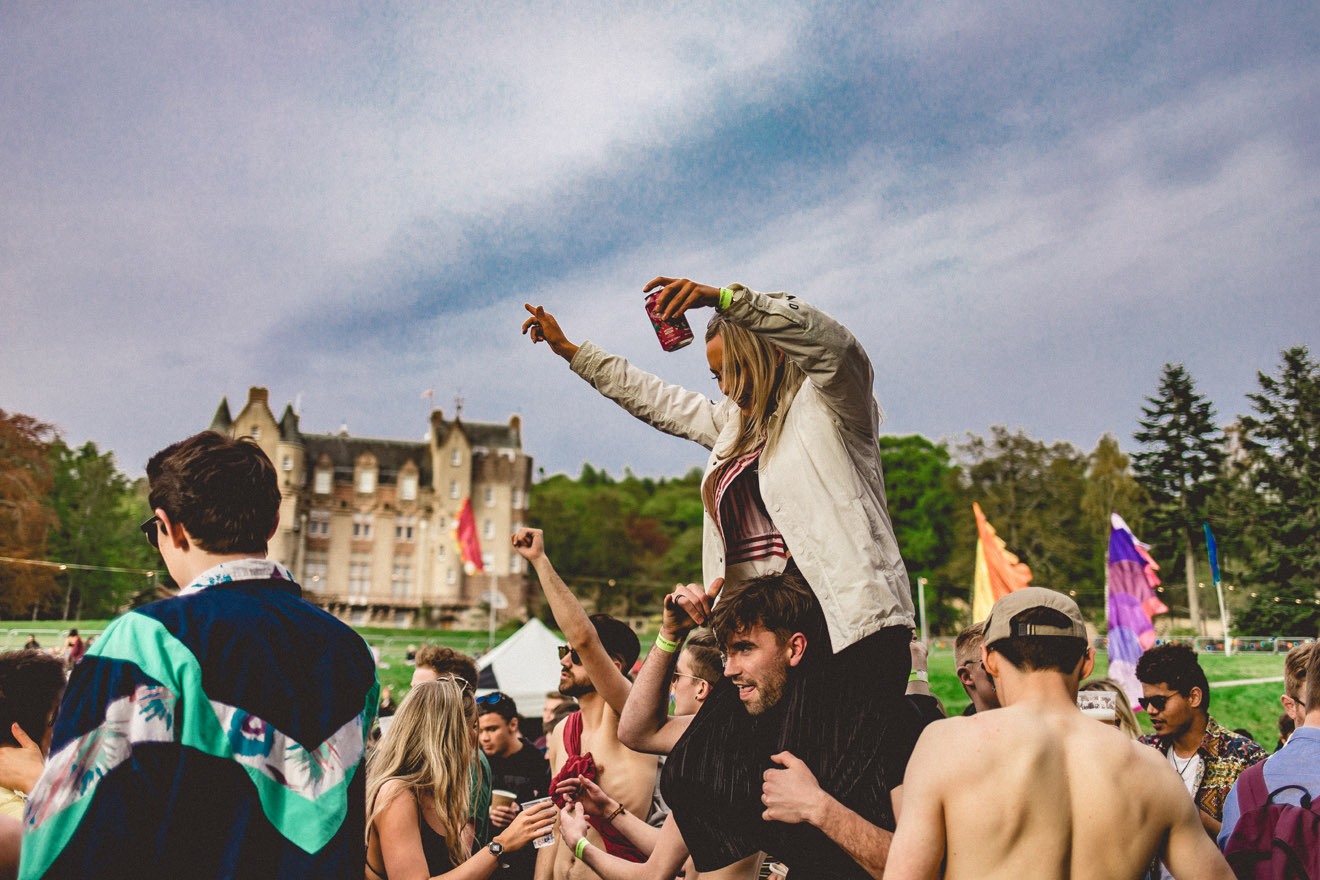 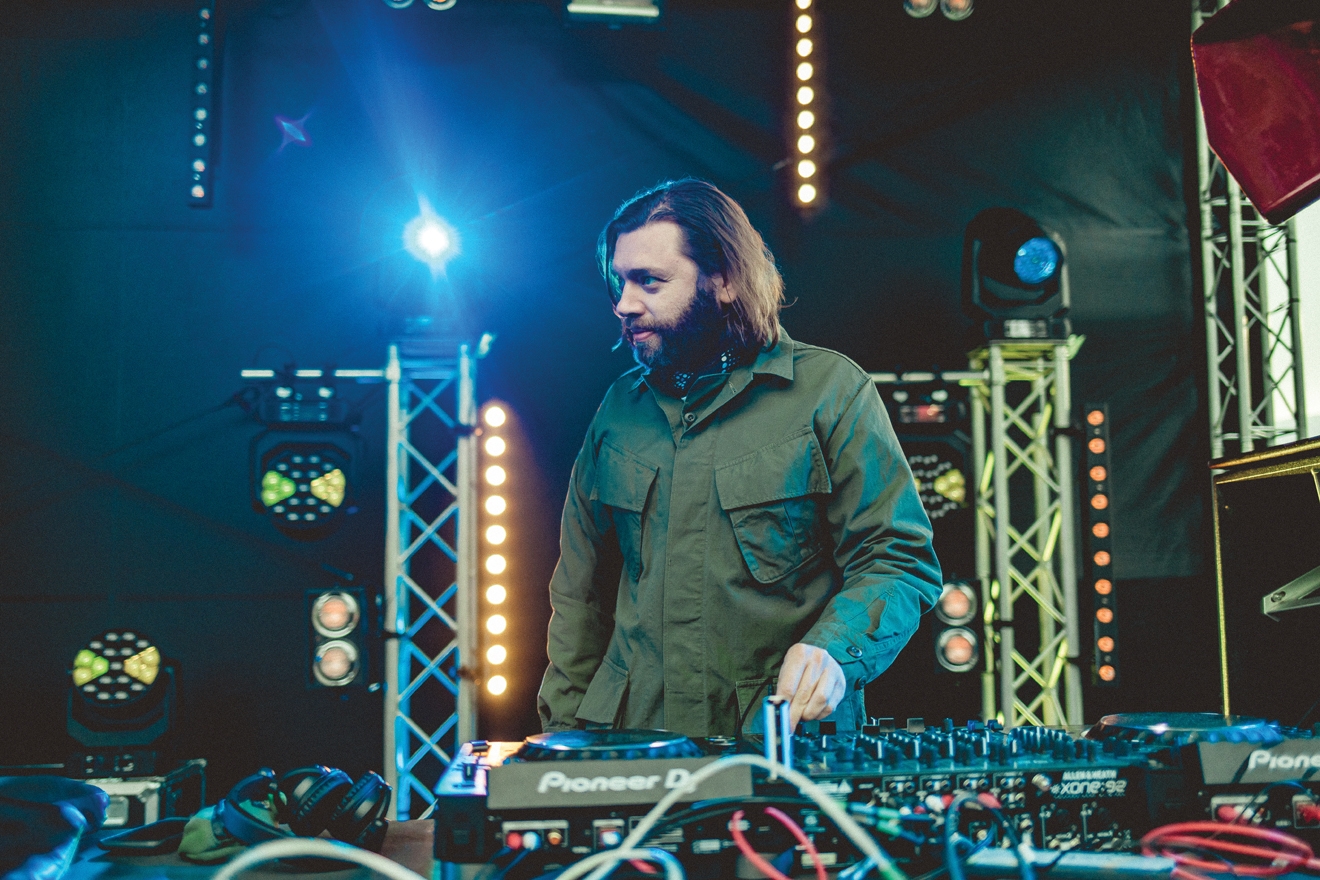 Following on after Nightmares On Wax and Gerd Janson through the early evening, Âme have returned for the headline slot at Minival 10, although this time it’s Frank Weidemann with the live show, where DJ Kristian Beyer had made the previous visit to Aberdeen. “It was a super nice and cosy festival,” says Weidemann. “It was a good Scottish crowd, of course, because they drank a lot and enjoyed the music.” Amid new and old Âme tracks, he started off his set under the still-blue evening sky with Franz Ferdinand’s ‘Feel The Love Go’ to get the locals on side.

The decade of Minival’s existence has charted a whole scene in Aberdeen, a city often forgotten even in Scotland’s central belt around Glasgow and Edinburgh, but one which is busy and vibrant with a large university population and oil industry workers from around the world. Minival’s promoters live in London now, and they stage small events there and in Edinburgh, but they won’t stop returning to the Granite City any time soon.

“The scene has changed,” says Karia. “It’s not so much of a community, but there are still good young promoters pushing underground electronic music, grass-roots nights like All Night Passion and Nothing More To Say, who have brought in good acts. It’s still a great place to go out – that’s why we can’t stop going back to throw parties.”