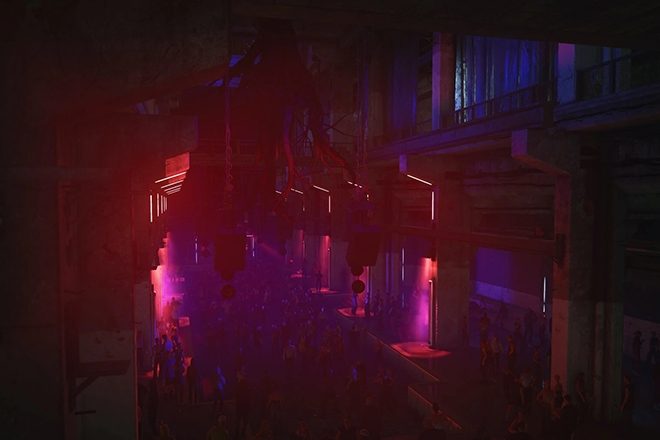 Hitman 3, the recently released conclusion to the popular World of Assassination gaming trilogy, has an in-game techno club based on famous Berlin nightspots.

The venue is called Club Hölle ("Club Hell") and is inspired by Berghain, Kraftwerk, Arena, Sisyphos, Griessmühle, and more.

It’s located inside a repurposed nuclear power plant on the outskirts of Berlin, where the game’s third mission takes place.

The game developers have done a pretty job of it, too. Many familiar aspects of Berlin’s club scene are present, including concrete walls and pillars, graffiti-covered open-air sections, bustling toilets, neon lighting, scantily clothed revellers and a thumping techno soundtrack. The warm greeting of "looking good today sir!" upon entry misses the mark though, a hard and cold stare would be much more realistic.

Composer Niels Bye Nielsen made the banging music for club, as well as the game's score.

Read this next: Robbie Williams plans to open a club “a bit like Berghain” in Berlin

In game, players can make their way around the club and soak up the atmosphere, get up into the booth and watch the crowd going off. If you’re not feeling the vibes, you can also assassinate the DJ - it’s a Hitman game after all.

Take a tour in the videos below.