The dance music community of Belfast are, first and foremost, great craic. It’s a small city and the people who throw the parties and play the music and own the labels are more like an extended friendship group than a ‘scene’. They buy each other pints of beer and bottles of Buckfast. They know each other’s brothers, sisters, boyfriends, girlfriends, mums, dads, pet dogs. They congratulate each other on new jobs and new homes, attend stag dos and weddings, listen to each other’s mixes and big up their latest releases. Perhaps the best way to sum up this community is through their Facebook group: ‘Dead on Belfast promoters clash avoider page’. Which does exactly what it says on the tin.

To an outsider, it might seem like they’re speaking in tongues. Words like cracker, culchie, gander, geg, feg, melter, parful, rocket, slegging and slabbering are used regularly with no explanation. Most sentences have ‘wee’ in the middle and ‘like’ at the end. But, even if you don’t get the slang, there’s no doubt they’re just having a wee bit of craic, like.

Because Belfast’s promoters aren’t in it for themselves. Parties like AVA, Twitch, BreezeBlock, Plain Sailing and DSNT have a shared ambition to put Belfast as firmly on the map as its counterparts. And due to its recent past, the city has a bit of catching up to do.

The Good Friday Agreement brought ‘The Troubles’ to an official end in 1998, but Peace Walls still divide some Catholic and Protestant areas. At 7:PM, gates along the walls lock shut for 12 hours to limit violence during the night. Flags continue to mark the territory of Loyalist and Republican areas, while Brexit has raised questions about the border and the relationship with the Republic to the south that spark bad memories for many. Walk five minutes south of the city centre and you’ll find a 25’ Union Jack painted on the side of a house, stamped with the 6’-tall initials of a prominent Loyalist paramilitary group. Perhaps most striking is how bright the colours are, how fresh the paint is. The divide certainly isn’t as overt as it was during the 90s, but Belfast’s dancefloors still serve the purpose of bridging it. 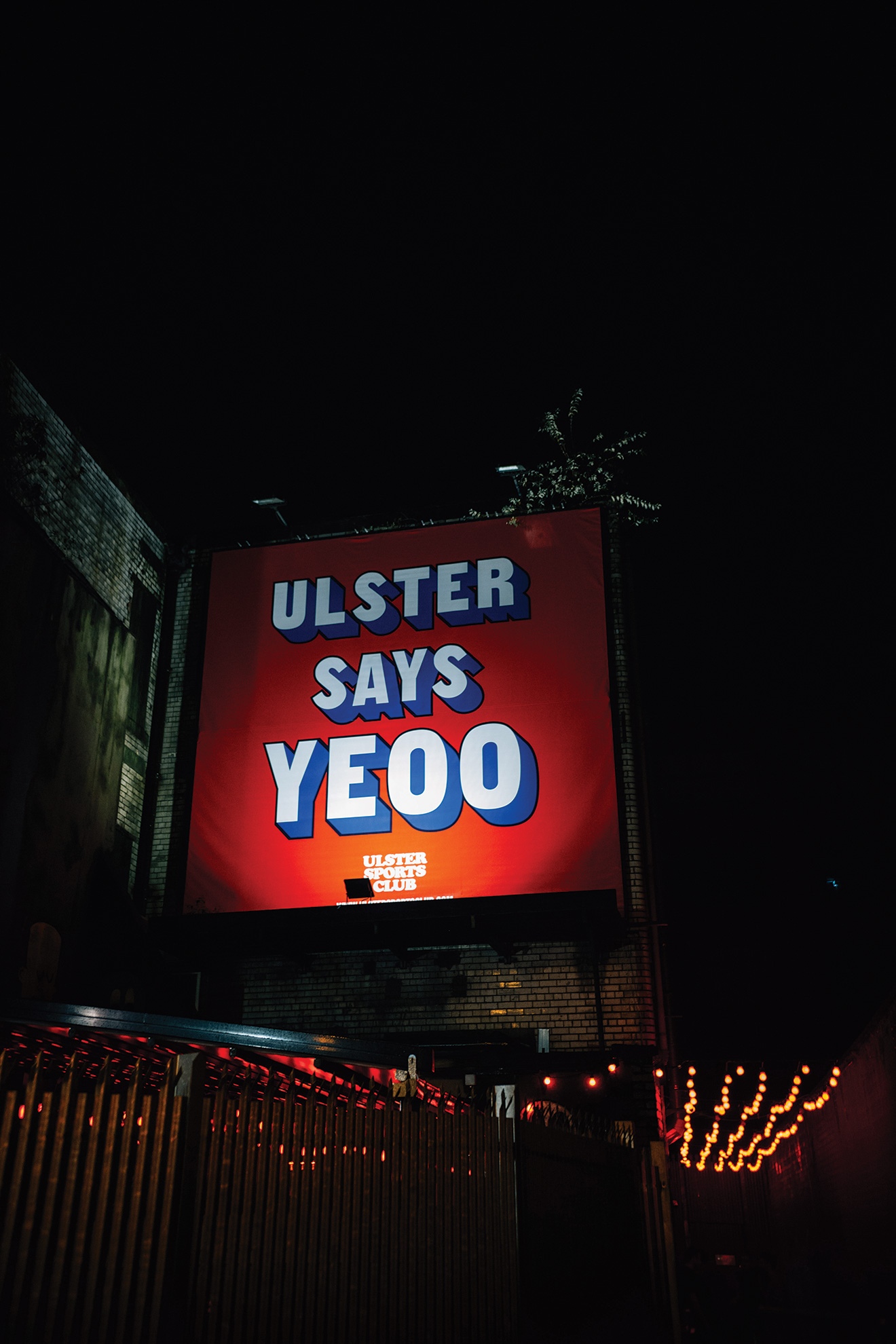 Ask a local how they got into dance music and they’ll either cite seven-days-a-week megaclub Thompson’s Garage, or Shine. The night, launched by Allen Simms in the early 90s, created one of the only spaces in Belfast where warring communities could come together under one roof, an almost too-perfect example of the power of acid house in action. Almost 25 years on and Shine has become the blueprint for the city’s electronic music community. The founders now own several venues, run two festivals and jet in DJs like Adam Beyer, Marcel Dettmann and Nina Kraviz for their Belfast debuts. On Culture Night, an evening dedicated to celebrating the arts in Belfast, Shine invites Dave Clarke, one of their oldest residents, to headline The Limelight. The venue is a 750-capacity converted theatre in the centre of Belfast that hosts live music and provides a platform for global superstars and local DJs to cut their teeth. The crowd is young and excitable, so full of beans that, during local DJ Tommy Holohan’s set, some of them expend their energy by doing star jumps on the spot. The sense of theatre remains: the stage is several feet high and a barrier separates artist and audience. Dave Clarke is barely visible through the smoke and lasers, but the Baron’s techno selection is so instinctive that the crowd don’t need to see his face. They just close their eyes and feel it.

Antony Ferris has worked with Shine since 2005. “A lot of people would say Shine is a rite of passage – that’s where you start,” he says. “And it’s still bringing people together. I grew up in a Catholic community, went to Catholic school. When I went to Shine I met Protestants for the first time.”

Famously, the tension under the surface of this city supercharges the atmosphere of its nightlife. An example was in August 2018, when Twitch invited local heroes Bicep to play the final rave in now-closed venue The Bunatee. The ceiling was low, and the crowd so enthused they fist-pumped their way through it. By the end of the night most of the ceiling tiles were on the floor. Phil Lucas, one half of Twitch, took a piece home and framed it on his wall. 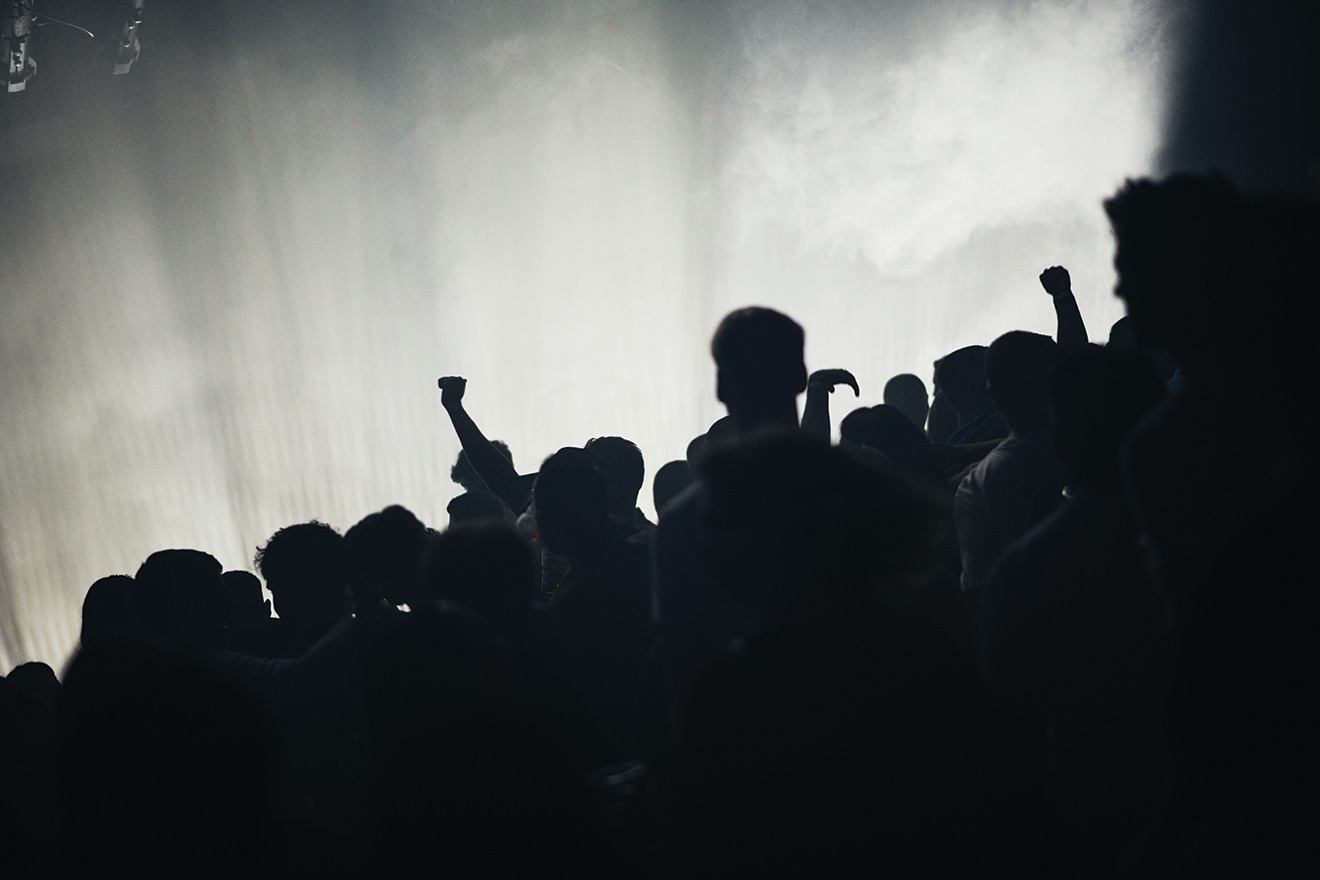 There is a new generation of talent breaking through, too: Sally C, Holly Lester, Or:la, Cromby, Hammer and more all following in Bicep (and ex-Shine employee Annie Mac’s) footsteps. House and techno has dominated the electronic music landscape since the 90s but last year, Plain Sailing, AKA Andy Moore and Pete Gibney, set out to give Belfast a new tack.

“It’s not groundbreaking to throw a garage rave,” Andy says. “But it’s not the kind of music that’s had much exposure over here. We wanted to put on something slightly different for the city, to ride that wave of new things that are happening. I feel like there’s a real attitude for something different in Belfast right now.” Plain Sailing throw small parties that reflect the breadth of the promoters’ musical taste, from garage to grime to hip hop to breakbeat. “We want to diversify the Belfast scene,” Andy explains.

There’s something exhilarating about being part of a community that’s building something from the ground up. Andy and Pete were both considering joining the Belfast brain-drain and moving to London or Berlin to pursue careers in music until Andy bumped into a friend on the street one day. “She told me she was doing something different here - that change is happening and that Belfast crowds are open to it. She said, ‘Don’t leave. Stay, be part of it’.” 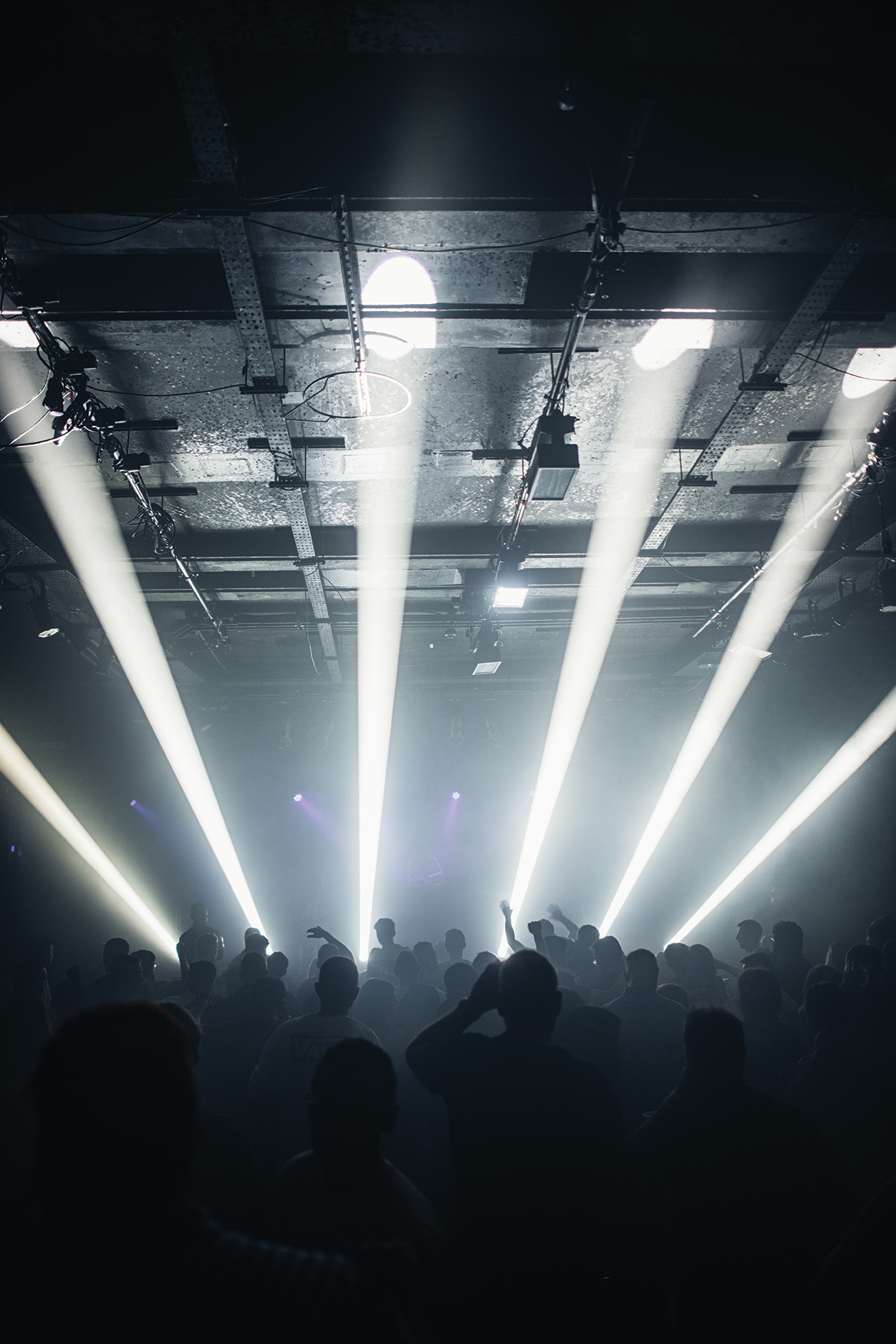 A good example of this change comes in the form of Ulster Sports Club. Originally a working men’s club open throughout The Troubles, the venue was revamped in 2019. The interior still looks like something out of Phoenix Nights, though. The decks in the main room are backdropped by a purple glitter curtain. The crowd dance on Wetherspoons-print carpet and the original mahogany booths and bar remain. “We wanted to keep the old décor and keep the spirit alive of the old working men’s club,” says Jonny Douglas, club manager. “But we put in a big fuck-off soundsystem.”

Tonight the club hosts Twitch’s 13th birthday party. To celebrate, they’ve invited Move D, an old favourite from Germany. He’s played Twitch parties before, and the Belfast crowd are a loyal bunch – once a DJ plays a cracker set they‘ll never forget it. So the entire dead-on Belfast community has turned out for Twitch and Move D, fully geared up for a wee night of craic, like.

The place is buzzing. Move D stands behind the decks, his glasses reflecting the purple glitter curtain whenever he bends down to select records. He drinks red wine and boogies along to his gospel house and disco tracks. With every whoop, whistle and ‘Yeeeeooooo!’ from the crowd his grin gets wider, his eyes shine brighter. That’s the Belfast effect.