As John Digweed settles in for his set, we scramble through the crowd to the front where the dancers are going hardest. The DJ booth is actually a raised stage, and has the usual crew of booth-bros hanging out, but looking out across the expanse of Ponton’s main room there’s just a churning mash of bodies, smiling faces briefly caught in the sweeping glow of the red-blue lights. A nearby girl, all swinging plaits, gleaming eyes and big grin attempts to start a shouted conversation but the thud is too heavy, so she types out a message on her phone and delightedly shoves it in the faces of those around her – “FUCKING DIGWEED!!!!!” – before she’s reabsorbed back into the throng.

Mixmag is at Ponton’s opening party, a Bedrock night that’s part of this year’s ADE, featuring live sets from Booka Shade and Hannes Bieger, with Quivver and of course Mr Digweed DJing. Ponton is a recently refurbished venue situated on the waterfront of Amsterdam’s river IJ, another new addition to a city that already has an impressive roster of clubs. Quite where it will fit into Amsterdam’s constantly shifting nightlife remains to be seen, but the Ponton team have already made clear their commitment to a mostly house and techno policy. Amsterdam 4/4 mecca Claire is closing in November after three years championing a similar mix in the city, and although they’re quite different-sized venues, Ponton’s timing might just fill a hole in Amsterdam’s nightlife.

The main room is a huge oblong wedge with chunky wooden roof beams and a slightly off-kilter build, the thick end of the wedge a huge wall of windows behind the DJ that looks directly out onto the river. The dancefloor feels as though it’s at water level and you catch the occasional beguiling glimpse of lights shimmering on the water outside. There’s a bar along each side of the room, one long, one short, a floating courtyard deal outside and what looks very much like flowers and ivy hanging down from the ceiling. Ponton has that particularly Dutch combination of bohemia and efficiency, as though thrown together by a collective of art students, audio scientists, business analysts and poets.

Read this next: An essential guide to the city of Amsterdam 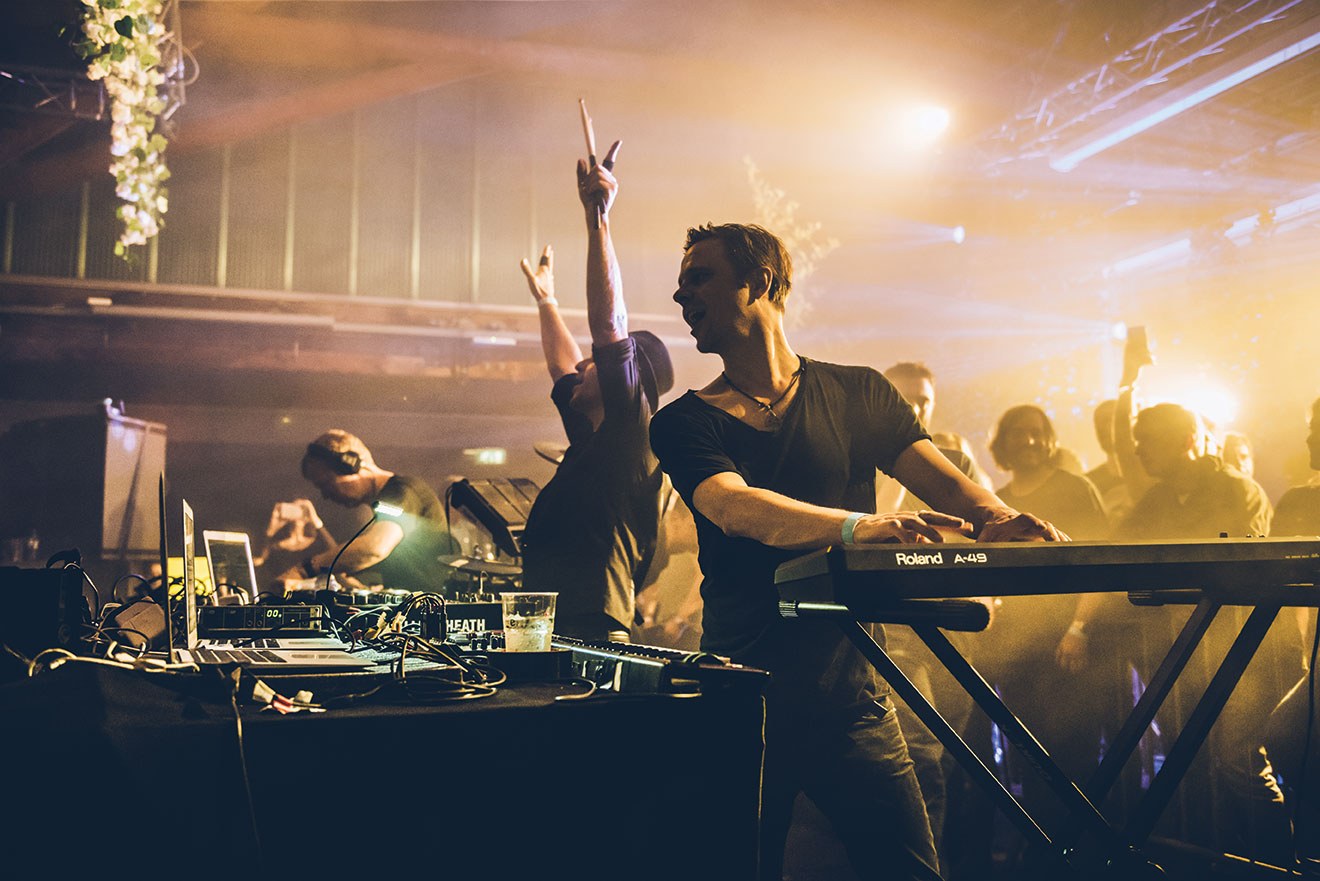 The crowd reaction as Digweed blends in the crisp pulse of Whitesquare’s rerub of Tunnelvision’s ‘M.G.M.M.’ makes it feel as though several hundred more people have suddenly just arrived in the main room. The front few rows are lit up, a frenzy of raised arms and bobbing heads, and a bespectacled man giving it some accidentally elbows his mate in the face – much to everyone’s delight. We vaguely wonder if peak-time on opening night is the best moment to grab a word with any of the club’s staff, but cherubic Noah van Putten, who takes care of DJ booking, offers his time. Remarkably composed and serene for a 23-year-old at the helm of his opening night, he picks his words with care, quiet confidence and no hyperbole: “It’s going very well, no big problems, we normally run a pretty slick production.” It occurs to us that we own a coat only slightly younger than Noah.

Boisterous with energy after their live sets, Arno and Walter from Booka Shade and Hannes Bieger are full of nothing but praise for the club, its setting particularly appealing to Hannes: “Me being from Hamburg, I’m a sailor basically – and being right next to the water, having this walkway across the water when you arrive, it’s beautiful!”

Read this next: John Digweed's miniature guide to Montreal 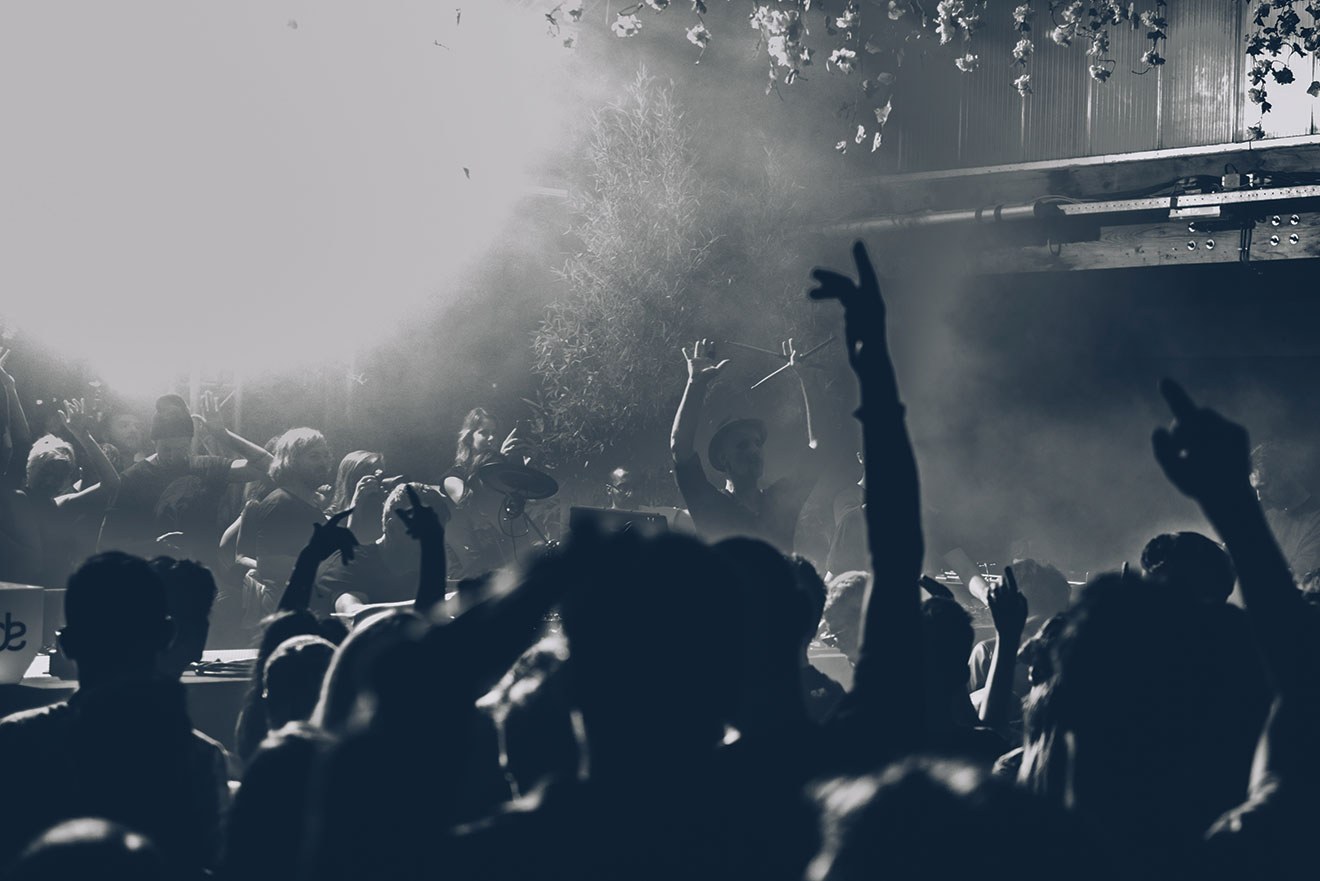 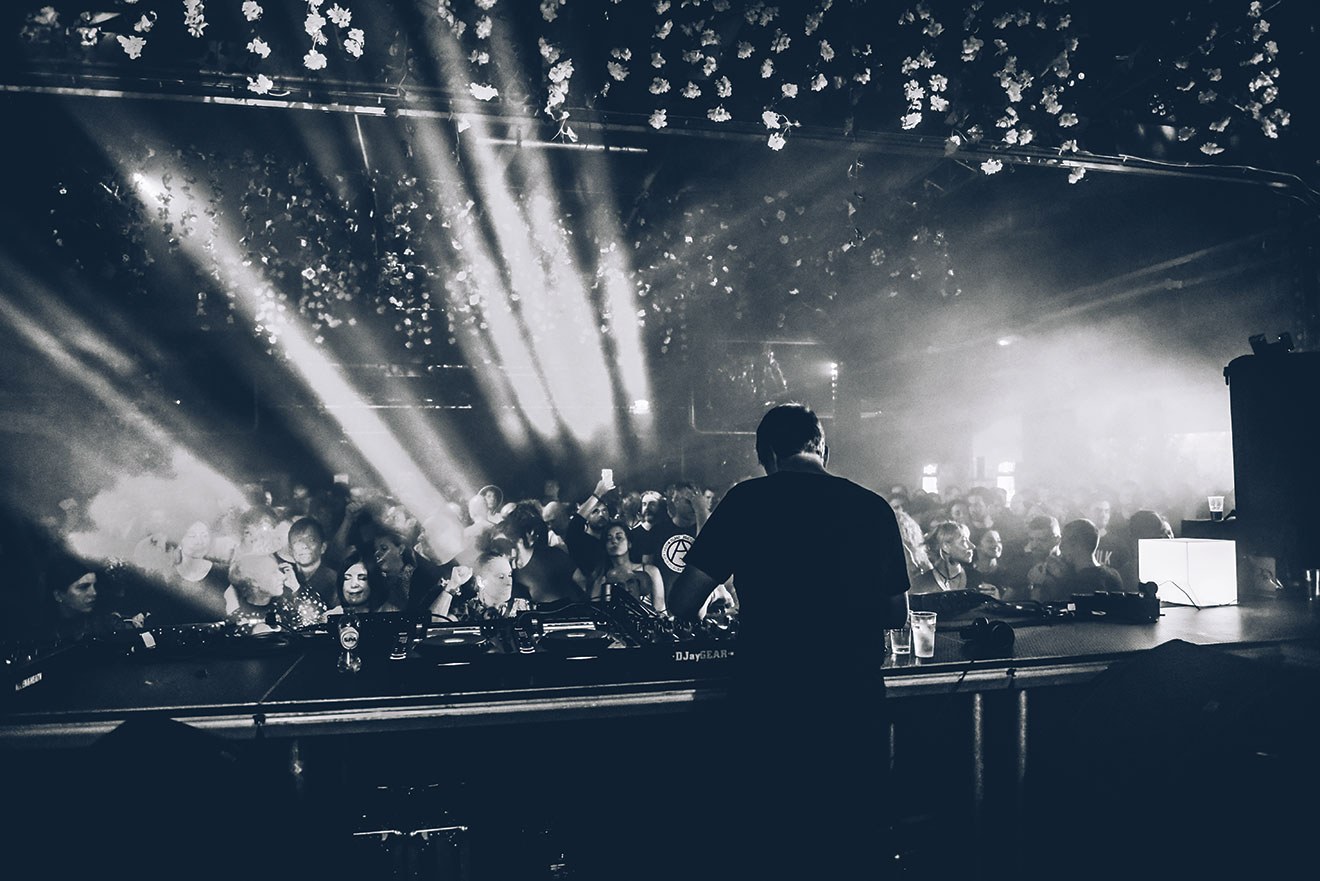 Ponton’s at capacity tonight – 900 – but when all the rooms are open it’s a 2,600-capacity venue. With 900 bodies in the place the main room is packed at the front with breathing space at the back for those who need a bit more room to express themselves through dance. An array of Yves Klein-blue lasers sweep overhead as Alan Fitzpatrick’s Drumcode belter ‘Rumours’ plinks and plonks its way into the mix, the combined visual and audio feast doing an excellent job of overloading the audience’s senses. It’s an ADE crowd tonight, some still wearing their lanyards, bless them, so perhaps not the typical demographic – but the cosmopolitan mix of locals and visitors bond easily over attempting to break the seemingly made of steel drinks tokens in half (some drinks cost two and a half tokens). More importantly, Ponton’s location means that everyone here is here to dance; no-
one has ended up here by accident.

After some proper hands-in-the-air moments from Digweed, the Bedrock event finishes before sun-up so we don’t get to check out the sunrise. Instead, a pleased and primed crowd head straight back out into the dark and board the ferry, the short journey back across the water livened up by a mini deck-rave via a pair of bluetooth speakers and the clubbers of Amsterdam.

To really experience Ponton in all its glory you’d need an all-nighter with all the inside and outside spaces of the club open. But as the Bedrock devotees pile out into the cool night, all seem satisfied with the charms offered by Ponton’s opening night. It seems that Amsterdam’s 4/4 faithful have yet another place of worship.