Amsterdam Dance Event (ADE) is electronic music’s most anticipated industry conference, but with changes to the Netherland’s ongoing COVID restrictions, the event is due to look a little different in 2021. If you haven’t heard of ADE before, fear not - we’re here to tell you all about it, and to give you an insight into how you can safely make your way to the prestigious event this year.


ADE brings hundreds of electronic artists to it's line-up in Amsterdam every year, showcasing both new and well-known talent across multiple venues in the Dutch capital. From crumbling churches to industrial post-factory techno halls, ADE spreads itself around every inch of the city amidst canals, coffee shops, and famous landmarks.

Read this next: Thousands join 'Unmute Us' protests across the Netherlands

With a taste of everything from immersive experiences, art installations, music industry know-how panels, enormous techno parties and sunshine-filled boat soirées, Amsterdam Dance Event is an unfailing five-dayer with a little something for everyone. This year, ADE returns for its 25th edition.

We’ve gathered everything you need to know about ADE 2021, check it out below:

What are the current COVID-19 restrictions in The Netherlands?

After a brief reopening of nightclubs in the Netherlands in June, doors closed back up again after just three weeks and have remained the same ever since. On September 25, the rules changed to allow fully-vaccinated and recovered punters back onto the dancefloor, while other clubs might ask for proof of a negative test only. 75% of the population have now received at least one dose, and infection rates have dropped to around 1,500 per day.

Although cases are falling, there are still some restrictions in place if you’re looking to travel to the Netherlands from the UK. Deemed a high-risk country until September 4, the UK now comes under a blanket risk along with all other countries, quite similar to our new travel rules. This means that most countries will now follow the same rules when entering The Netherlands - you must produce proof of either a negative antigen or PCR test. If you’re fully vaccinated, you can skip the 10-day quarantine and head straight those blowout day parties. Watch out on your return though; you’ll need to book in a day 2 PCR test before heading back to the UK.

When and where is ADE 2021 happening?

ADE is typically an autumn event, usually running in the early weeks of October. That will remain the case this year - the 25th edition will take place from Wednesday, October 13, until Sunday, October 17. A plethora of venues to pick from range from the centre of Amsterdam right to its outskirts - find a full list here.

Read this next: The Netherland's forced to reintroduce restrictions to nightlife and festivals

What will be different to past ADE events?

Amsterdam Dance Event didn’t make its 2020 edition - much like thousands of other events across the globe that were forced to delay due to the pandemic. 350 Festival and Arts & Culture events will take place across 140+ locations this year. The biggest difference for 2021 though, is that only day-time events are allowed to go ahead while the conference has been scrapped in its entirety. That means no panels, talks or meet-ups, just good old fashioned day raves. There’s a curfew across the city from midnight until 6:AM, so you won’t find any events clocking past Cinderella hours. 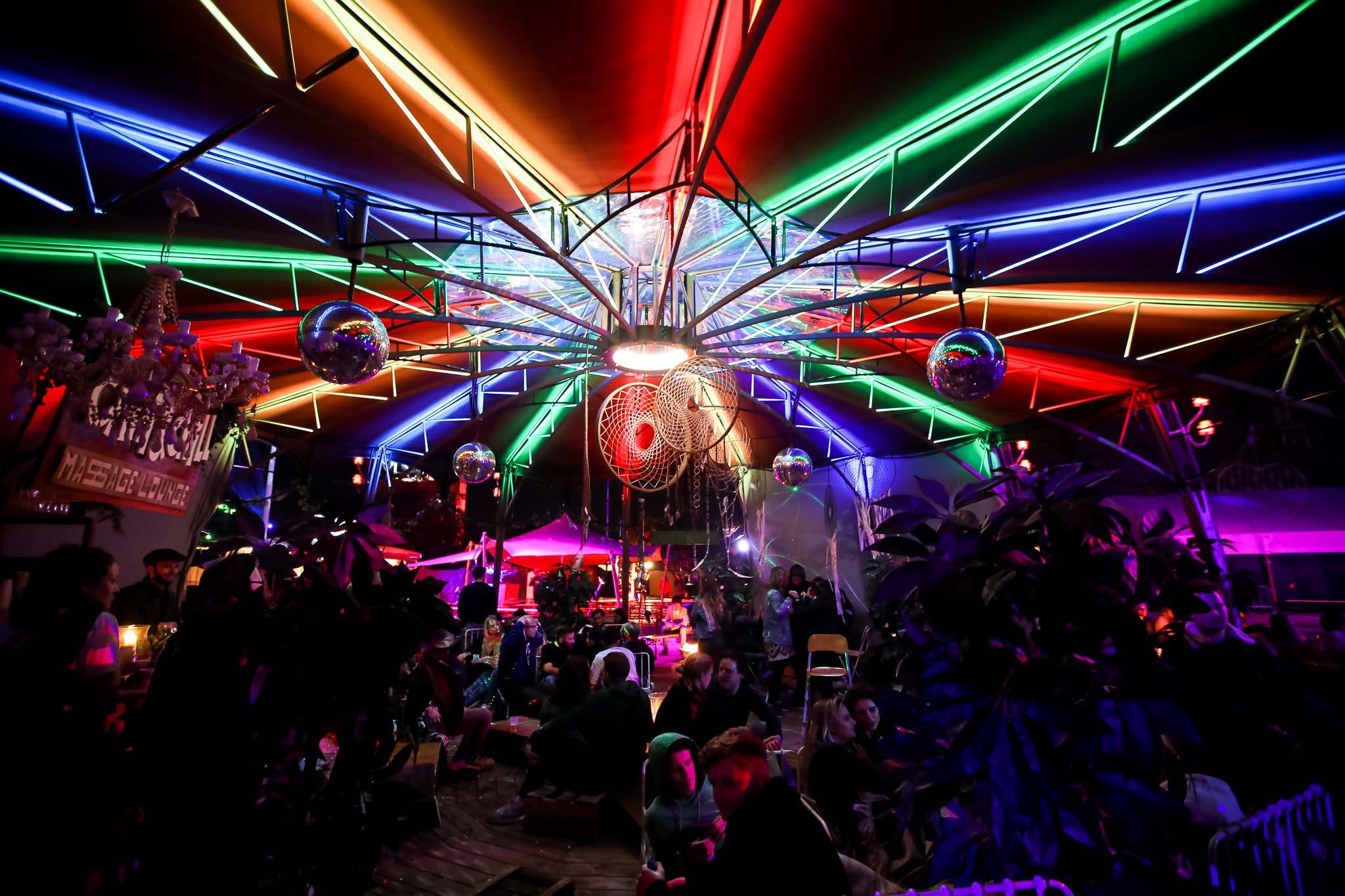 What's going on this year?

Here’s our selection of the top ten events happening at this year’s ADE:

Hosted at RAW Factory on Friday, October 15, from 4:PM until midnight.


ADE Cycles
A one-day event raising money for schools with an aim to teach skills in DJing, music production, and music business. The cycle takes place around the city stopping off at a few venues along the way with a few DJs taking part.

Starts at the ADE Business Hangout on Wednesday, October 13, from 11:AM onward.

Held at the Ziggo Dome on Friday, October 15, from 2:PM until midnight.

Hosted at Scheepsbouwloods on Thursday, October 14, from 6:PM until midnight.

Held at RADION on Friday, October 15, from 10:AM until midnight.

Paul Johnson Tribute
‘One Love Tribute to Paul Johnson’ will go ahead this year in honour of the late DJ, who was originally set to headline this year’s event.

Hosted at Club YOLO on Saturday, October 16, from 5:PM until midnight.

Held at Shelter on Thursday, October 14, from 4:PM until midnight.

Held at De Marktkantine on Friday, October 15, from 4:PM until midnight.