Tech that: These are the world's most innovative trainers - - Mixmag
Home Latest News Menu

The Adidas EQT Support 93/Berlin gets you on the U-bahn for free, but it’s not the first time trainer brands have used the tricks of technology

My mum always used to say ‘Good shoes take you good places’ – and as every Mixmag reader knows, Berlin is a very good place. Imagine, then, a pair of trainers that could let you ride around the German capital’s Metro for free for an entire year. Well imagine no more, because last month Adidas unveiled the EQT Support 93/Berlin, which doesn’t just take design cues from the vibrant prints that adorn the seats of the city’s transport system, but actually features a ‘Jahresticket’ (year pass) sewn into the tongue of every shoe.

With savings of hundreds of Euros on train fares the limited set of 500 kicks didn’t hang around for long. It’s easy to dismiss this as a gimmick, but the EQT Berlin is the latest example of the clever ways sneaker companies have used tech over the years to nudge their brand ahead in a competitive marketplace. 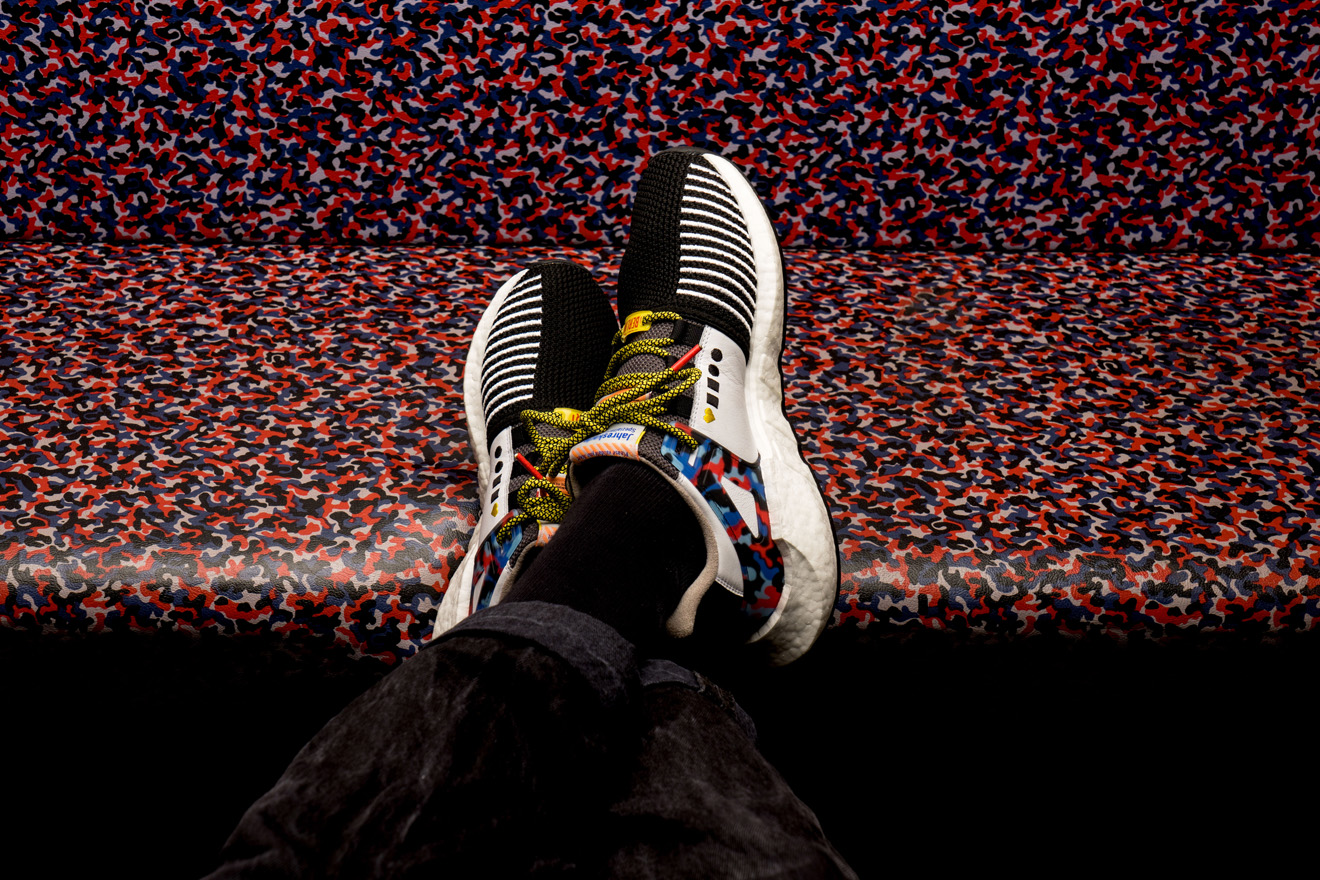 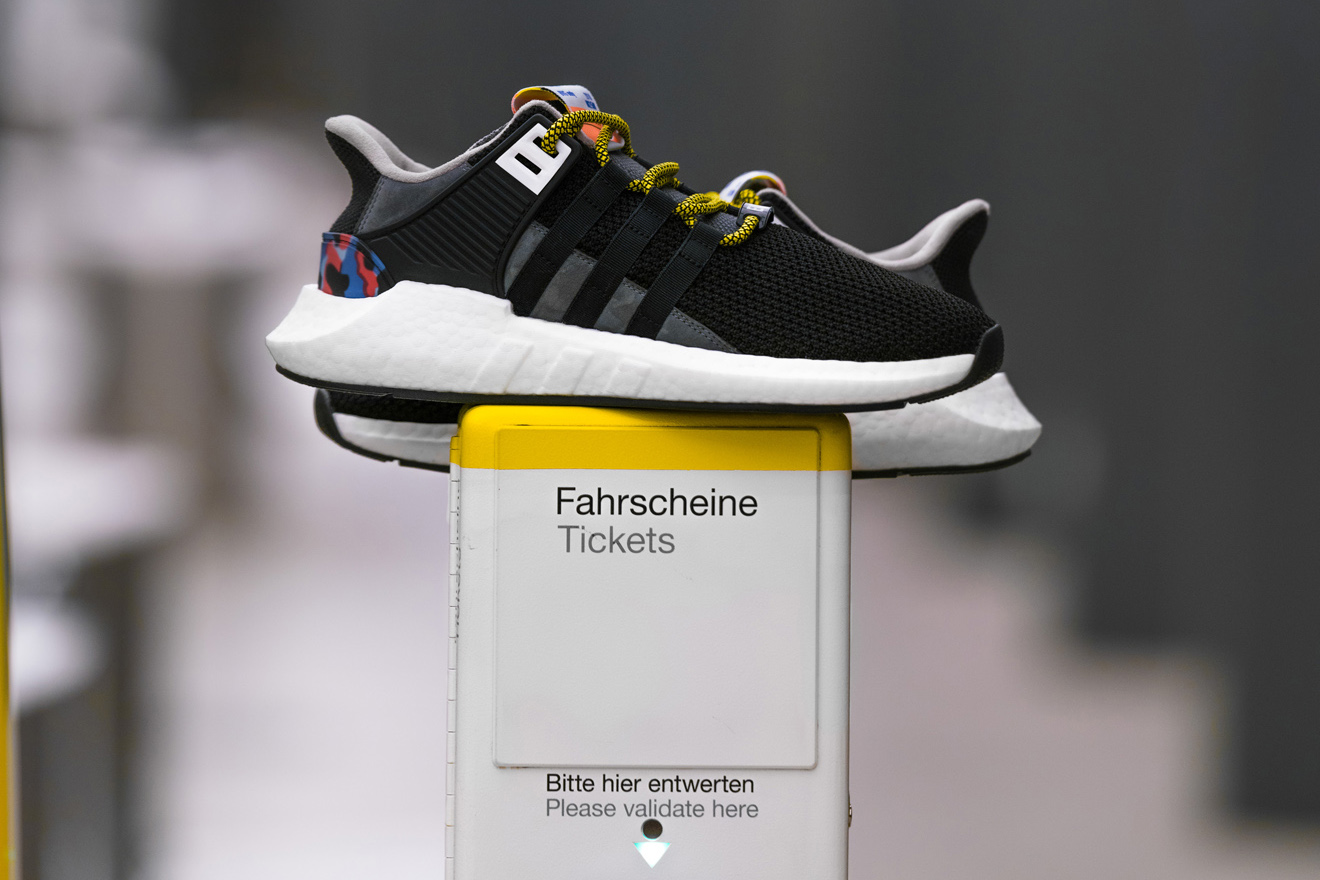 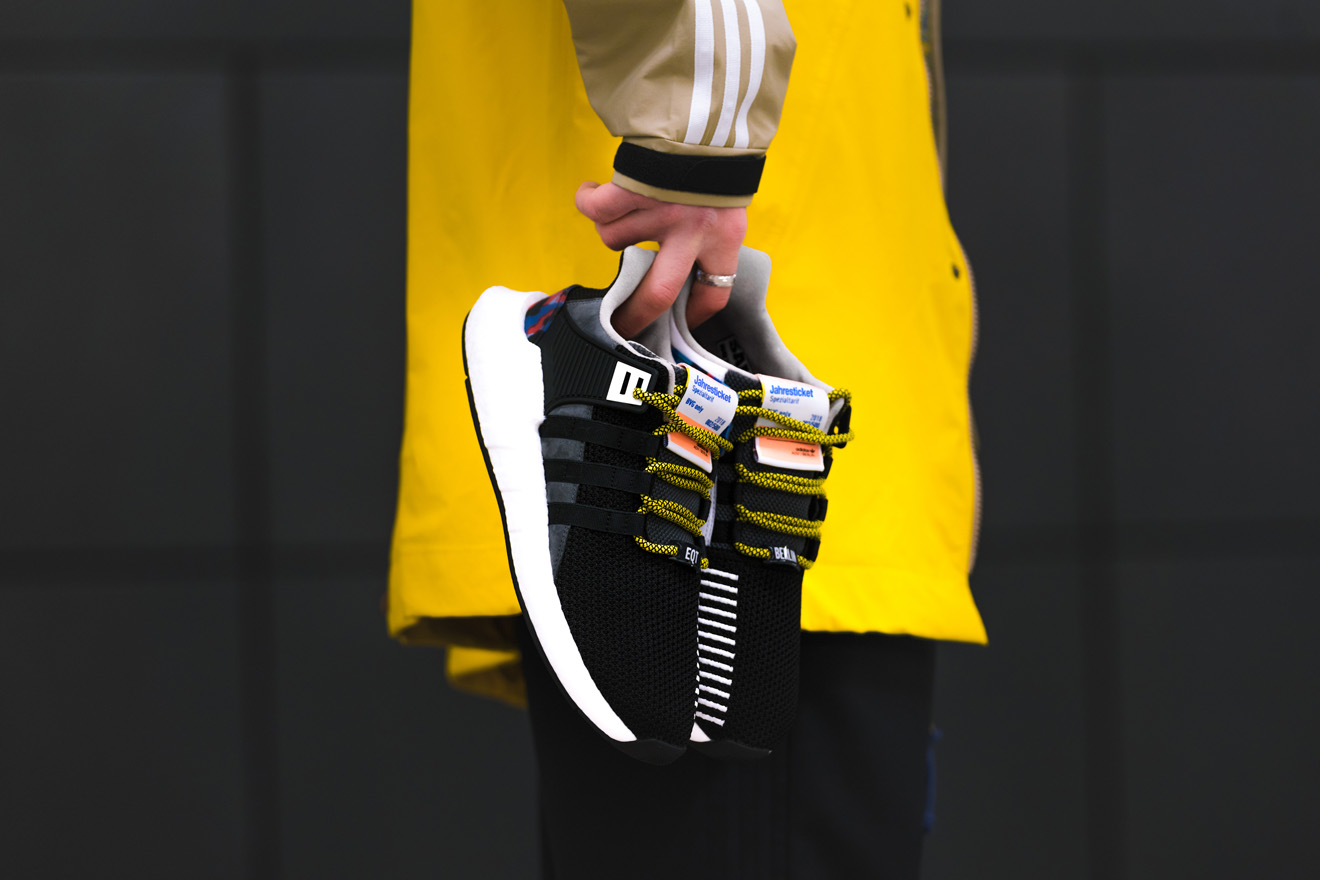 To make sense of it all it’s best to wind back to the early 1980s, when the arms race between sports companies really began to heat up. Around that time, brands began to split their athletic footwear offerings into specific lines for basketball, running, tennis, aerobics and more, using specific technologies and materials to not only match the ergonomics of each shoe to their assigned specialism, but sell consumers more than just one pair of trainers.

Then, in 1984, Nike teamed up with a certain baller by the name of Michael Jordan. The Air Jordan was an instant and unprecedented success, transcending the courts to become the must-have shoe for style-conscious kids across America. Sneakers were now serious business and the big beasts set about finding their own unique selling points in order to keep up with Nike. 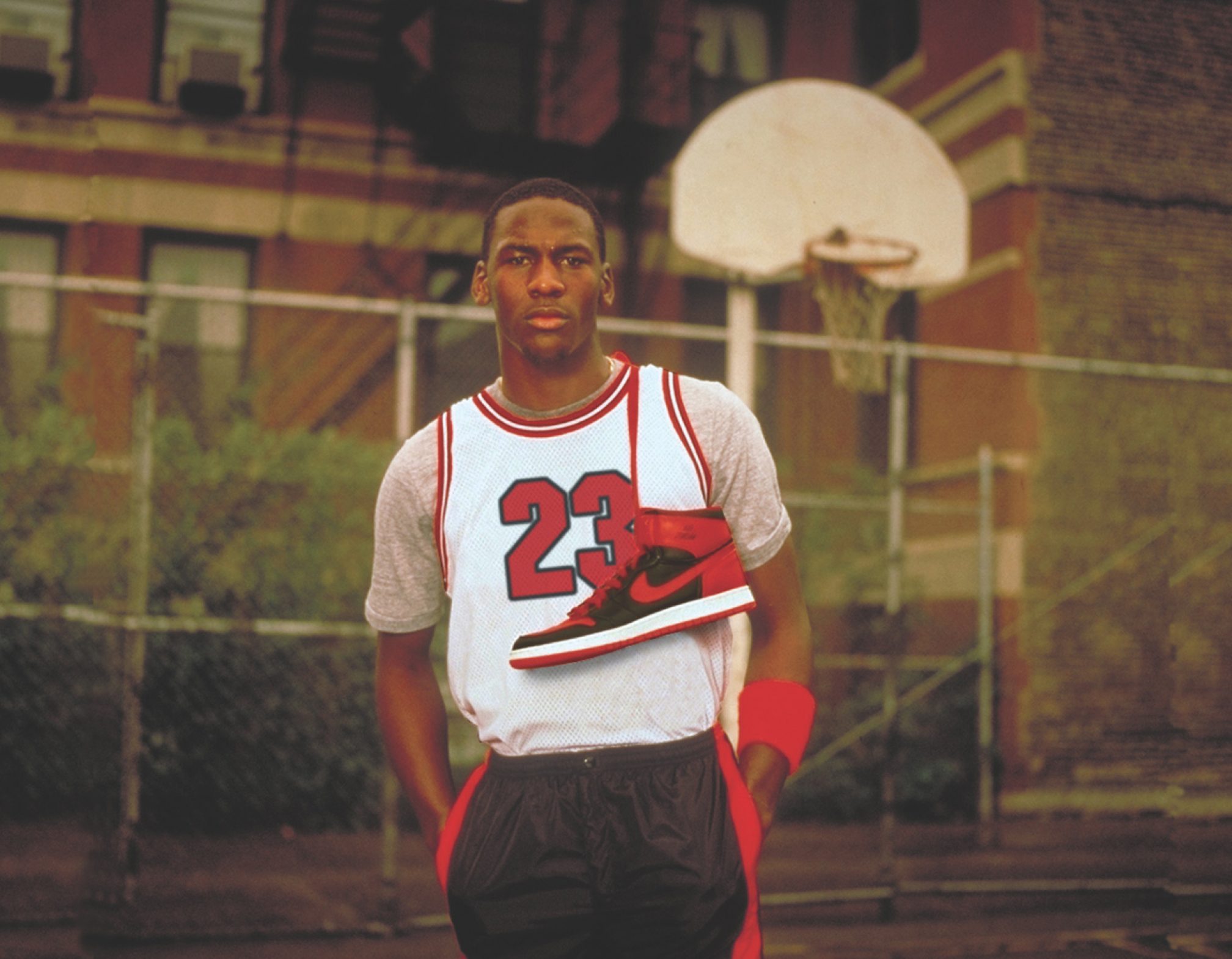 However, the Swoosh was already racing well ahead and in 1987 launched the very first Air Max. The Air Max 1 was a revolution. Since then, the air bubbles that define the AM range have just got bigger and bigger with each year, culminating in 2017’s much-feted Air Vapour Max, which replaced the entire midsole with an ostentatious cluster of visible air cushions.

Back in the 80s it was British brand Reebok that was first to take on Nike in the tech game, with its iconic Pump range. With an internal inflation mechanism built in, the basketball shoe could be pumped up or deflated for the perfect fit with a simple squeeze of the tongue.

From there the technology – and the gimmicks – came thick and fast, from the genuinely functional, such as PUMA’s Discs (which replaced lacing with a turnable wheel) to the plain ridiculous, like LA Gear’s Lights which, you guessed it, lit up the sole with every step.

With the exception of the continuously evolving Air Max, which actually offered genuine functionality, consumers soon tired of the gimmicks and brands began to realign their focus on aesthetics and performance. Sneaker design returned to its roots, eschewing the built-in gadgets and gizmos that had dominated the early 90s in favour of simpler and retro releases. 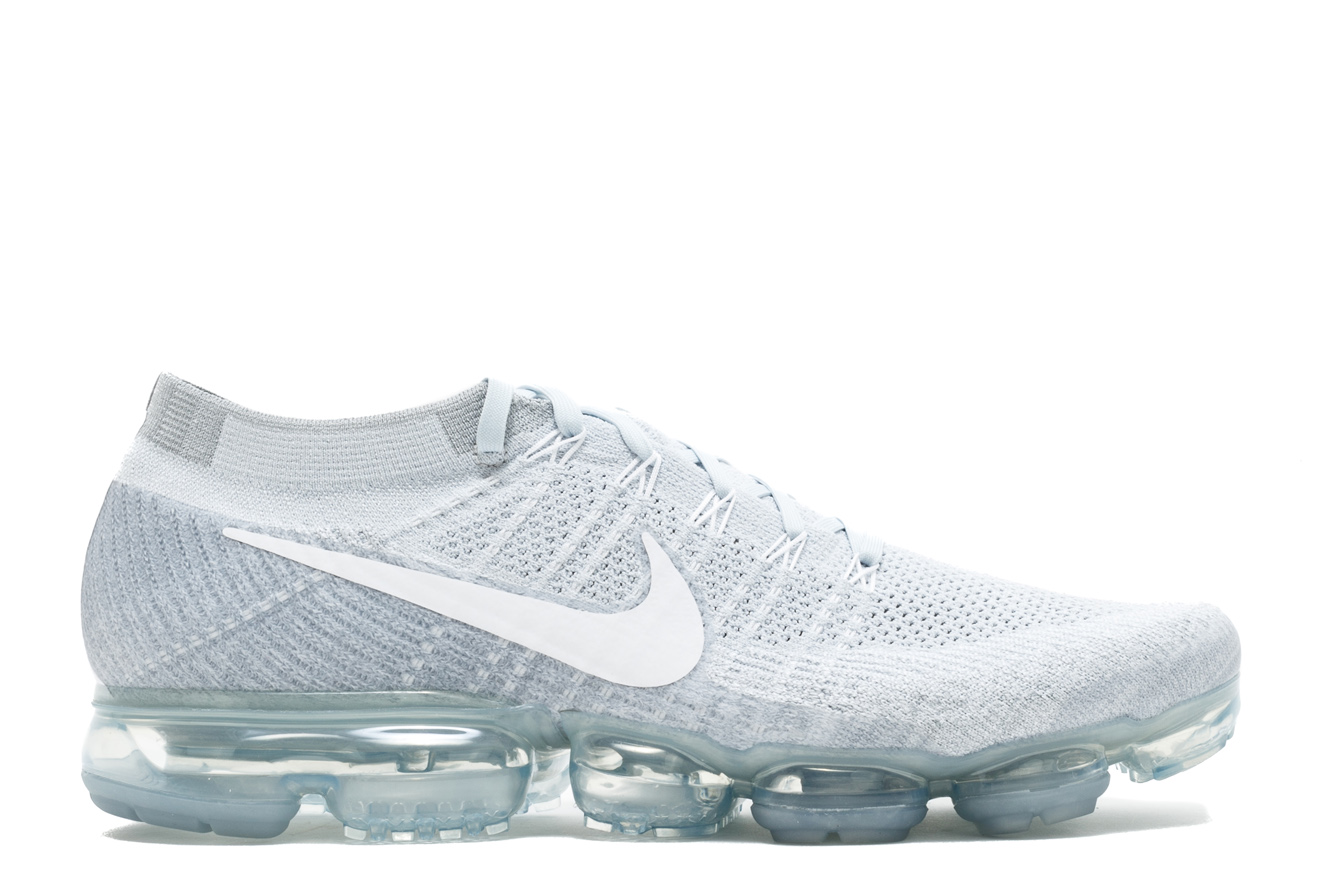 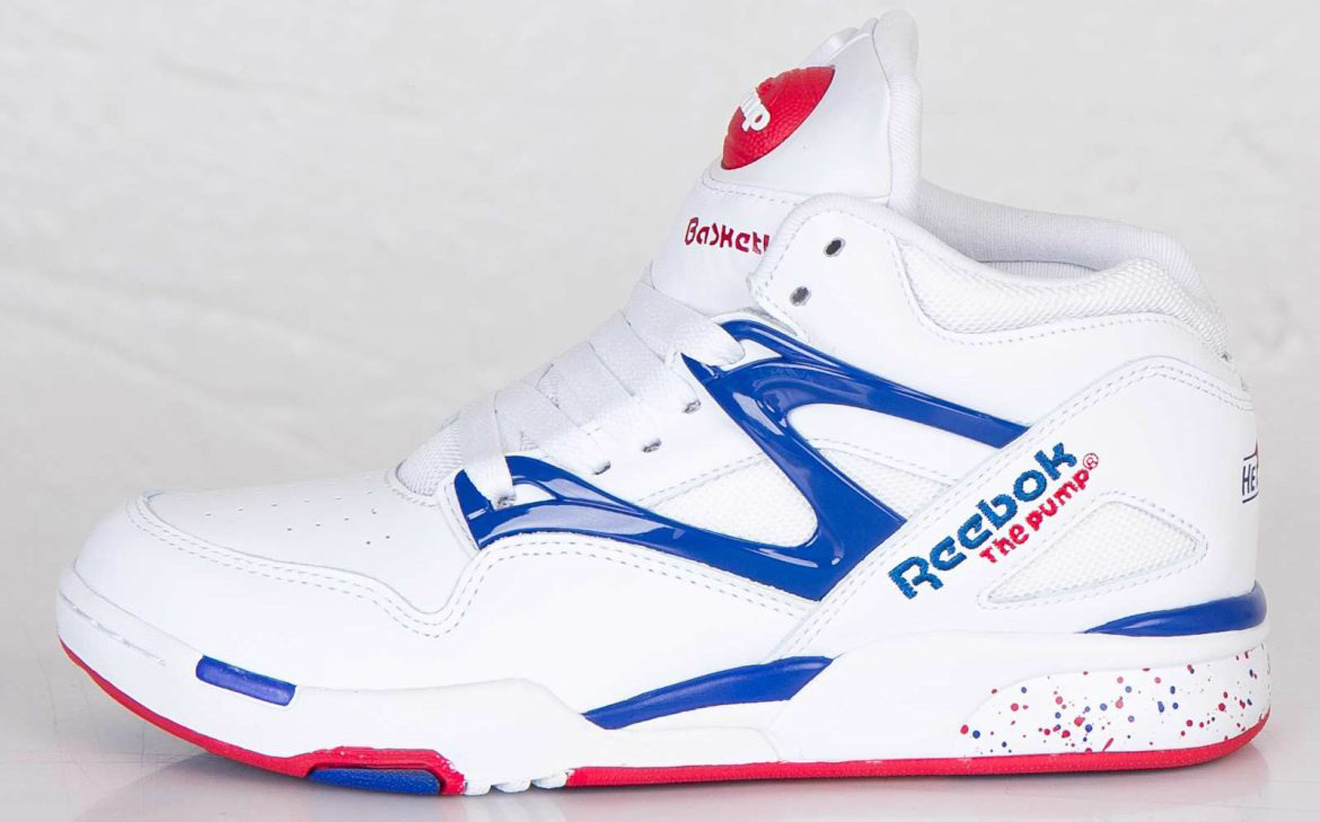 But the arrival of Nike’s Flyknits in 2012 saw cutting-edge tech return to the fore of sneaker design. Designed for the running track, the super-slim Flyknit silhouettes used light, breathable fabric uppers rather than leather, and were an immediate hit with athletes and fashion-forward sneakerheads alike.

A newly resurgent Adidas didn’t hang around in responding. Not content with snatching Nike’s relationship with Kanye West, the brand with the three stripes hit back hard in the tech stakes with its NASA developed Boost soles and Flyknit-alike Primeknit uppers.

Nike was ready for the challenge, though, and last year released the one footwear innovation we’ve all been waiting for: electronically powered, self-lacing trainers just like the ones Marty McFly strapped on in Back To The Future 2. Named the HyperAdapt, they’re probably the most revolutionary trainer since the Air Max and the result of years of digital, electrical and mechanical engineering research.

All this leaves you wondering what tech innovation the sportswear behemoths will unleash next. Nike, keen to prevent being usurped by Adidas, has something up its sleeve, and is currently teasing sketch images on social media of a shoe atop piles of foam, pillows and springs for an imminent launch.

Beyond the corridors of the brand’s Oregon HQ, no one quite knows whether their latest innovation will be just another gimmick or a bona fide game changer. One thing’s for sure, though: Adidas, PUMA, Reebok and the rest won’t be far behind with their next trick – and we, the trainer-buying public, will be ready to lap it up.