Hong Kong, faced with a double whammy of coronavirus infections and a divisive pro-democracy movement, is on the verge of an existential crisis. The mood amongst residents is sombre as many worry about their hometown’s future. Still, there’s no place local record label Absurd TRAX would rather be.

“It's this constant tension between us and the city’s oppressive, antagonistic and chaotic environment and being able to correspond to it with sound that makes me feel excited,” describes co-founder Gavin Wong, whose DJ name is T0C1S. “I wouldn’t want to do this label anywhere else in the world.” 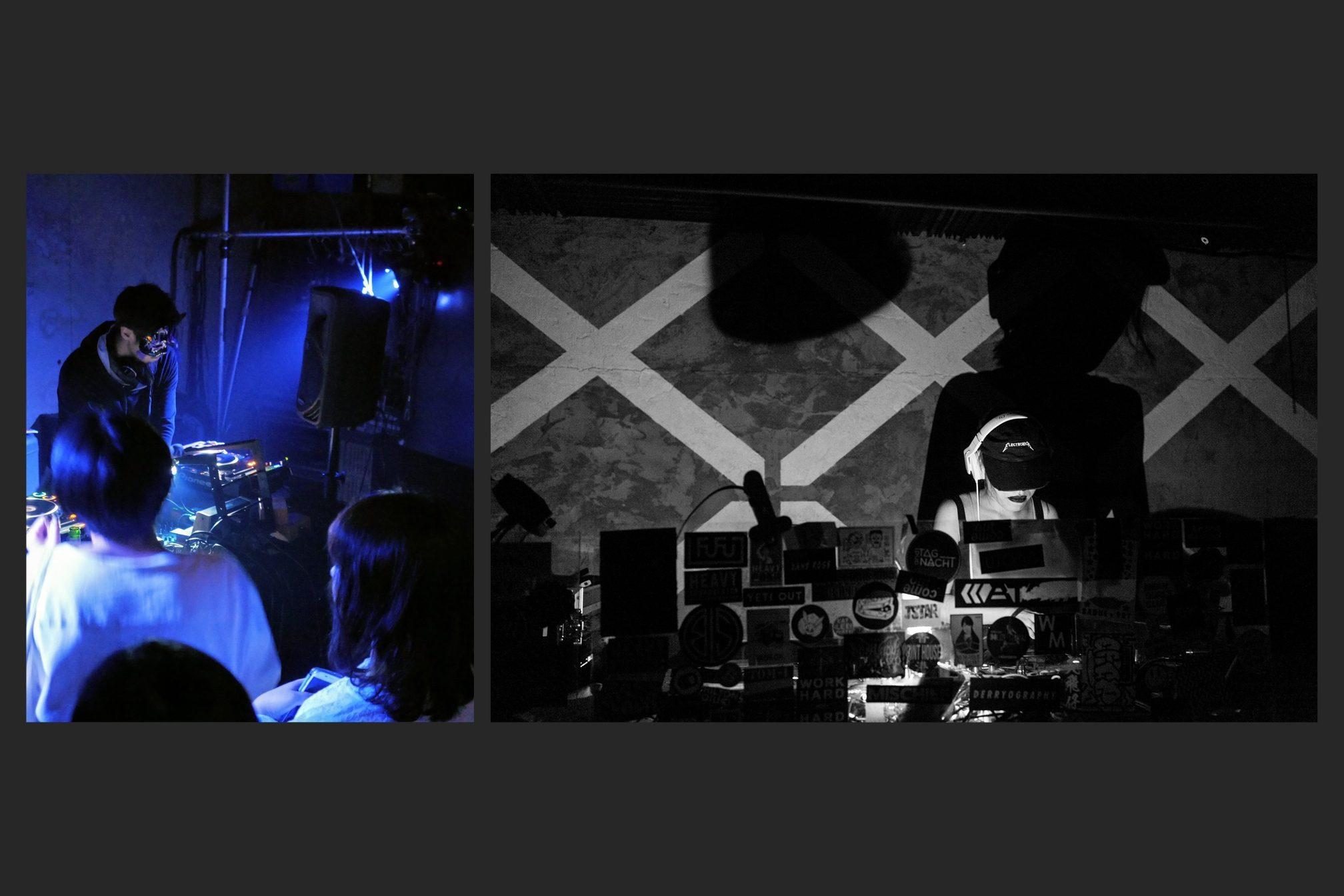 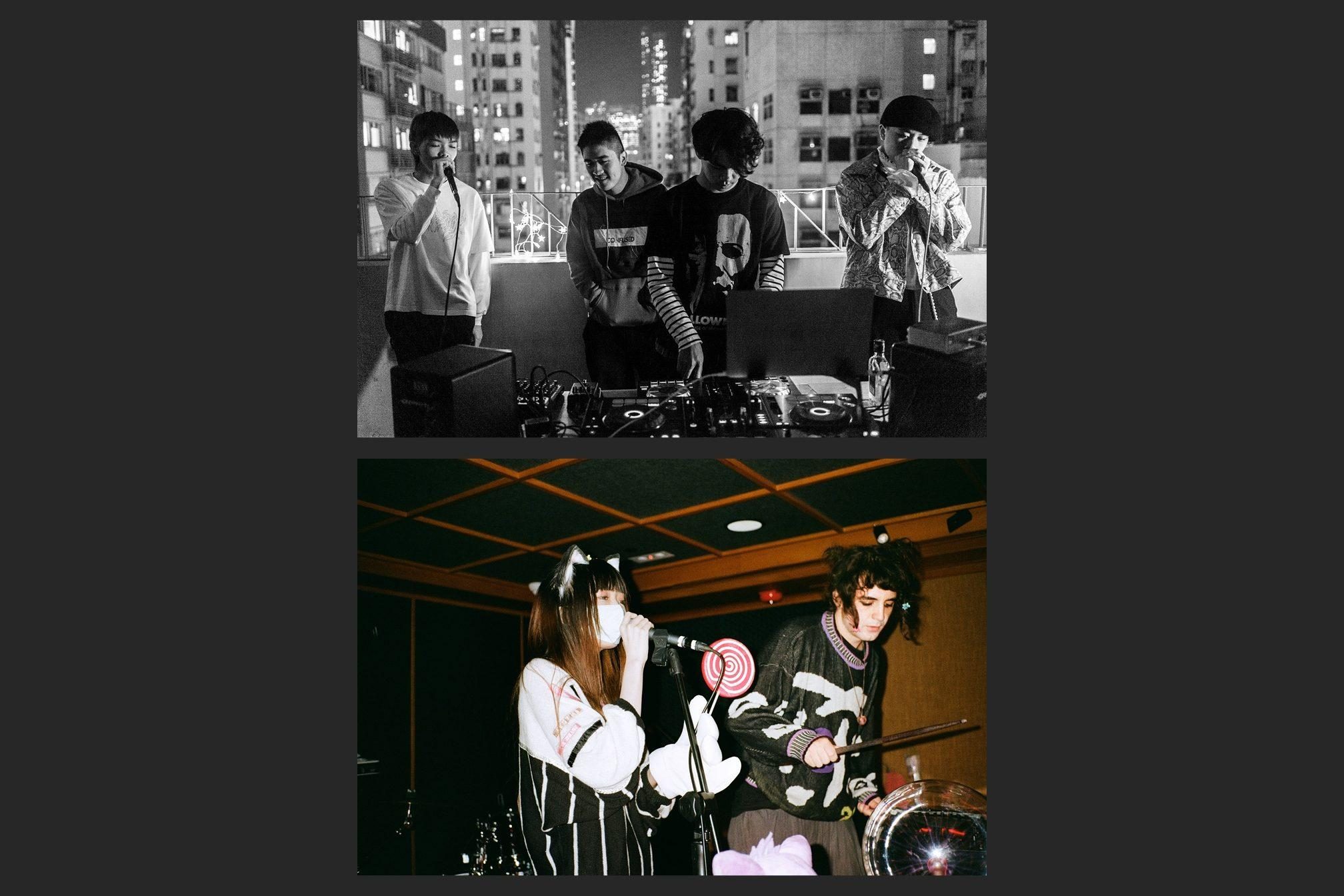 As one of the world’s most densely populated places, Hong Kong offers limited real estate for creative ventures. Yet, the experimental club music of Absurd TRAX occupies a space of its own within the city’s crowded streets. Its futuristic releases, which range from industrial bass to dark ambient, stand out in the dance landscape for their unpredictability, self-assurance and unabashed freedom—characteristics born from the label’s freeform philosophy.

“I don’t think we’re actively trying to cultivate an aesthetic, we just embrace and accept our own being,” Wong, who is also the founder of web station Hong Kong Community Radio, tells Mixmag. “It’s really about exploring our own identity and being in that process without having to conform.”

“We never felt shaped by pre-existing ideas of club music because there aren’t any [clubs] we would go to here,” he continues. “We don’t feel the need to make any particular kind of music to fit in.” 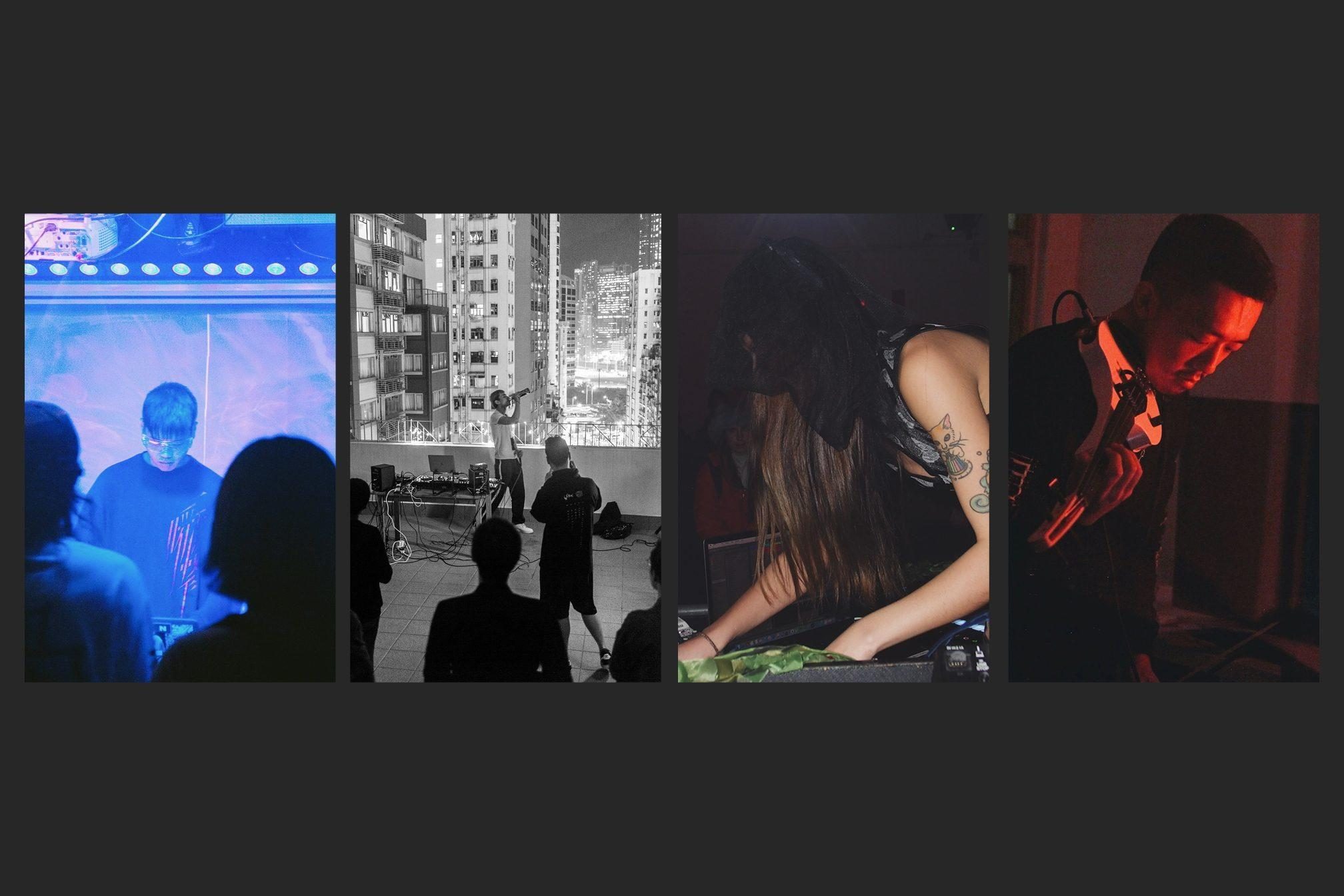 The collective, which has a core team in Hong Kong as well as a regional network of collaborators, may see itself as an outsider but its been welcomed by the international community. After playing Boiler Room’s first Hong Kong show in 2018, Absurd TRAX made its debut at Berghain early this year as part of CTM Festival. Their high-octane performance—a joint effort featuring live visuals from radical design studio Selam X— spanned the full spectrum of rave with elements of sinister noise and glitchy techno. Nerve travelled from rumbling textures to an intense and ravey climax, ASJ propelled through pacey, trance-fuelled melodies, FOTAN LAIKI unleashed a heart palpitating slew of impactful club sounds and sharp rap bars: the night was a pulsating pit of delirium from start to finish.

Read this next: "Trying to communicate": Dis Fig is baring her soul through music

It was like “a roundtable talk between the performers and audience and each other, and by roundtable talk I mean mosh pit,” describes the Berlin-based producer Dis Fig. “It’s pretty rare to get so much physical interaction from a crowd in Berlin, especially at a club night. People tend to keep to themselves here [but] at Saüle that night, I saw so much participation from the crowd … The energy in the entire room was so wild, and the whole crew brought that.” 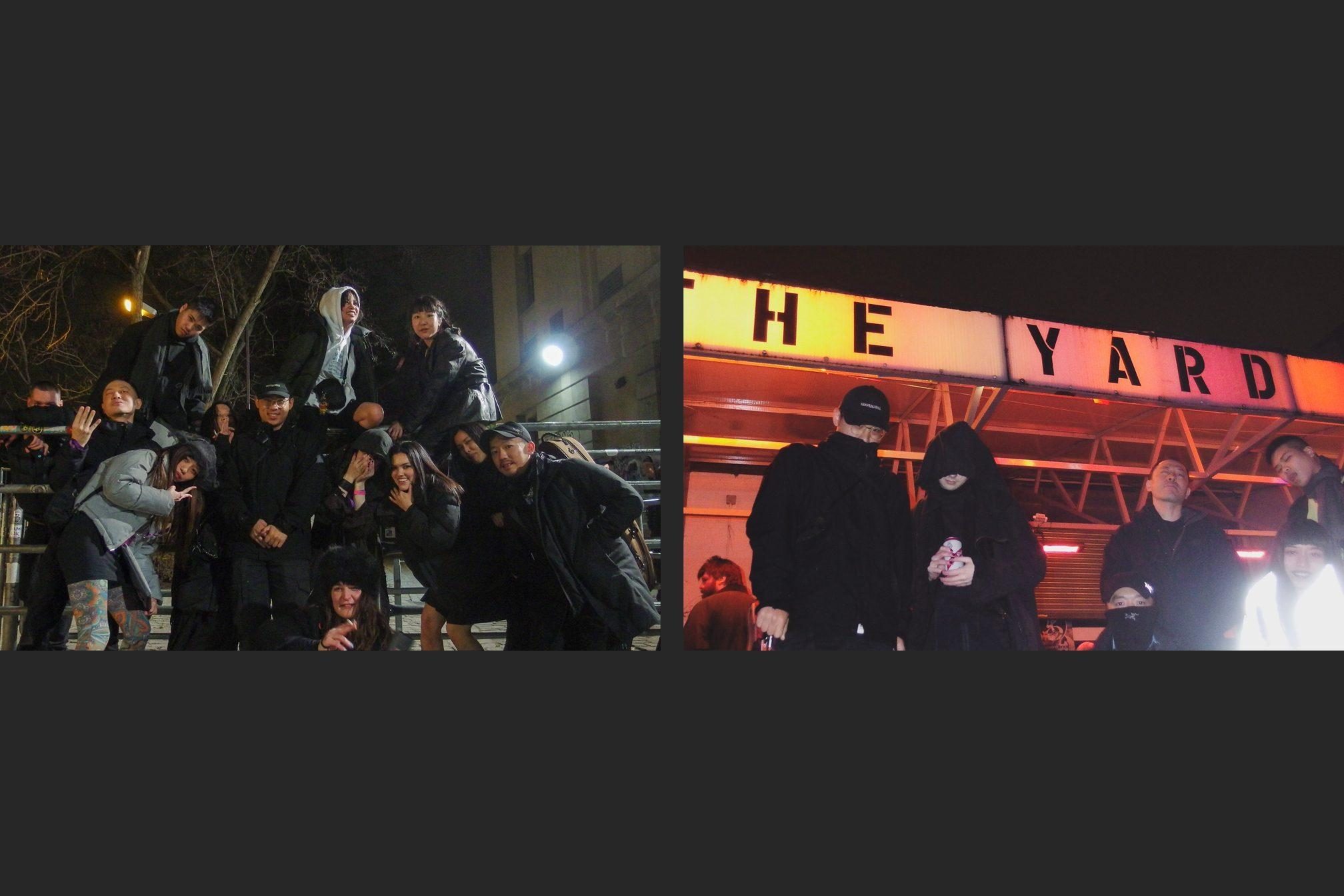 That riotous zeal can also be felt on the Absurd TRAX roster. Raw emotion, inhibition and conceptual depth characterize each of the fourteen releases, the latest of which comes from Hong Kong native Kelvin T. His sophomore album 'Aerate' dropped in late February and aims to “mimic a hallucinogenic state of mind,” according to the liner notes. The standout track ‘Be Air Be Air’ certainly does the job as swirling synths and hard drums disorient a listener’s sense of space and time.

'Aerate' follows ‘10 Years’, a stinging mixtape by the Tokyo-based NAAFI affiliate WRACK, who neatly wraps drill-laced beats with Afro-Latin flavours into a cybernetic package. Thegn’s ‘Loss’, meanwhile, is a sonic exploration of grief that channels lo-fi punk and metallic noise into violent intensity.

Read this next: Mean Gurls is the party for Hong Kong's free-spirited club kids

When listening to demos, Gavin looks out for what he calls “the absurd.” He defines it as “a quality that essentially contradicts itself, it is as inharmonious as it is resonating, and it is as alienating as it is familiar … It should pose a challenge to me and the listeners.”

The music, however different, “evokes a sense of intimacy and kinship, a shared catharsis,” according to Nin Chan, the crew’s eldest member who DJs as Tsalal. “Even when the music is very harsh or very cruel or very loud, what permeates everything is tenderness, mutual regard and concern.”

“The best of our parties have felt like we are passing through purgatory hand in hand,” he continued. 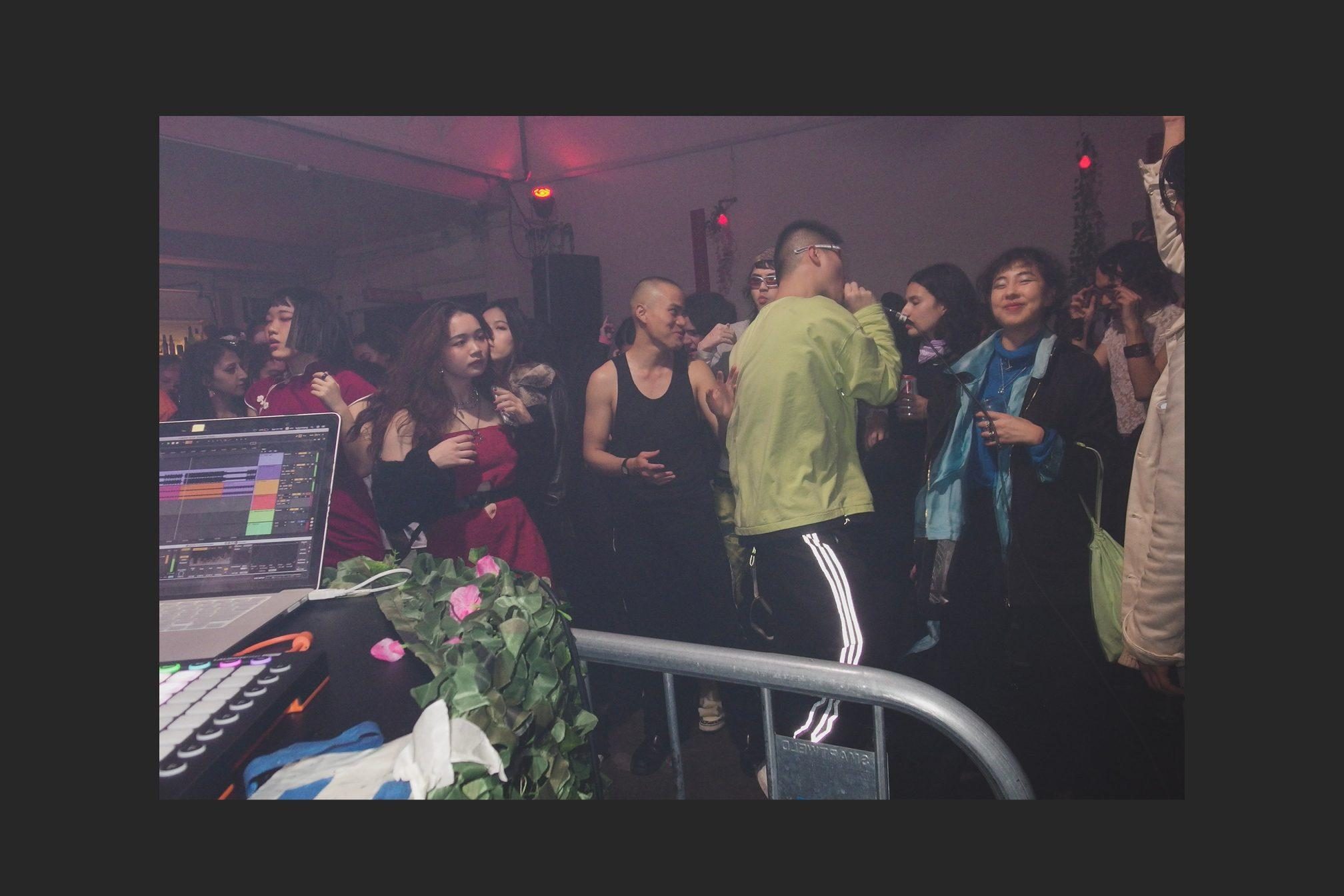 Absurd TRAX is best described as a sum of its parts. Core members come from different schools of thought and backgrounds—Fotan Laiki is a rapper whilst producer Alexmalism is a classically-trained violinist—but rather than unify the crew under a particular vision, the label acts as a shared vehicle for artists to showcase their singular styles. “It’s the effort that we put into communication and tolerance that bonds us as a group and the time we spent together allowing us to understand what the others need and think,” sums up Alexmalism.

The platform was first conceived in 2015 when Wong and a few friends, inspired by webzines like Tiny Mix Tapes, launched a Cantonese blog called Absurd Creation. A year later, Wong started Hong Kong Community Radio on streaming sites and in 2017, the record label was officially launched.

Organic methodology is integral to the group’s modus operandi, says Tsalal: “We are not intent on belonging to any established lineage, heritage or community but in opening a space for different things to happen, things that can surprise and astonish us … If we don't have any ideas, we won't do any shows, it's as simple as that.” 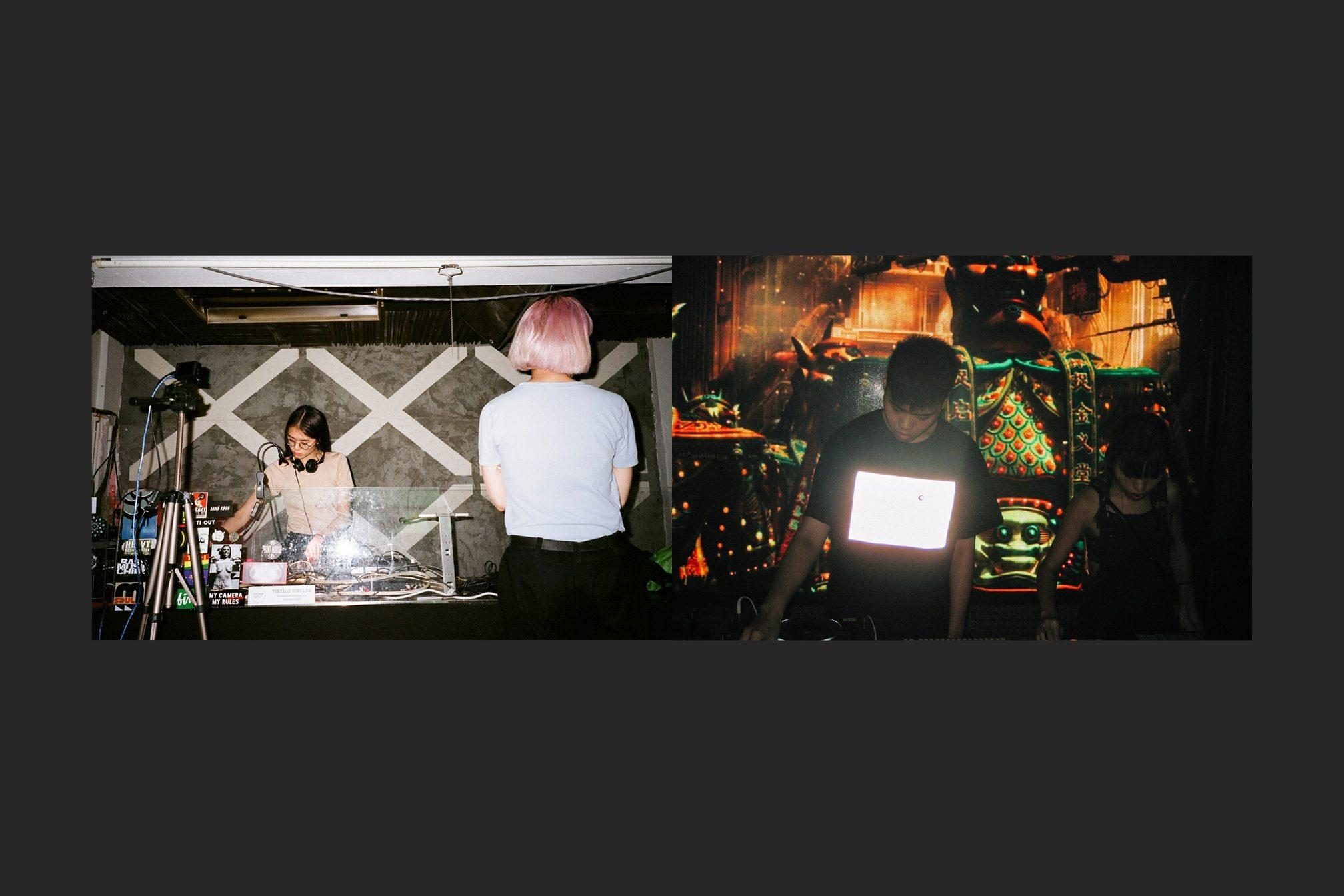 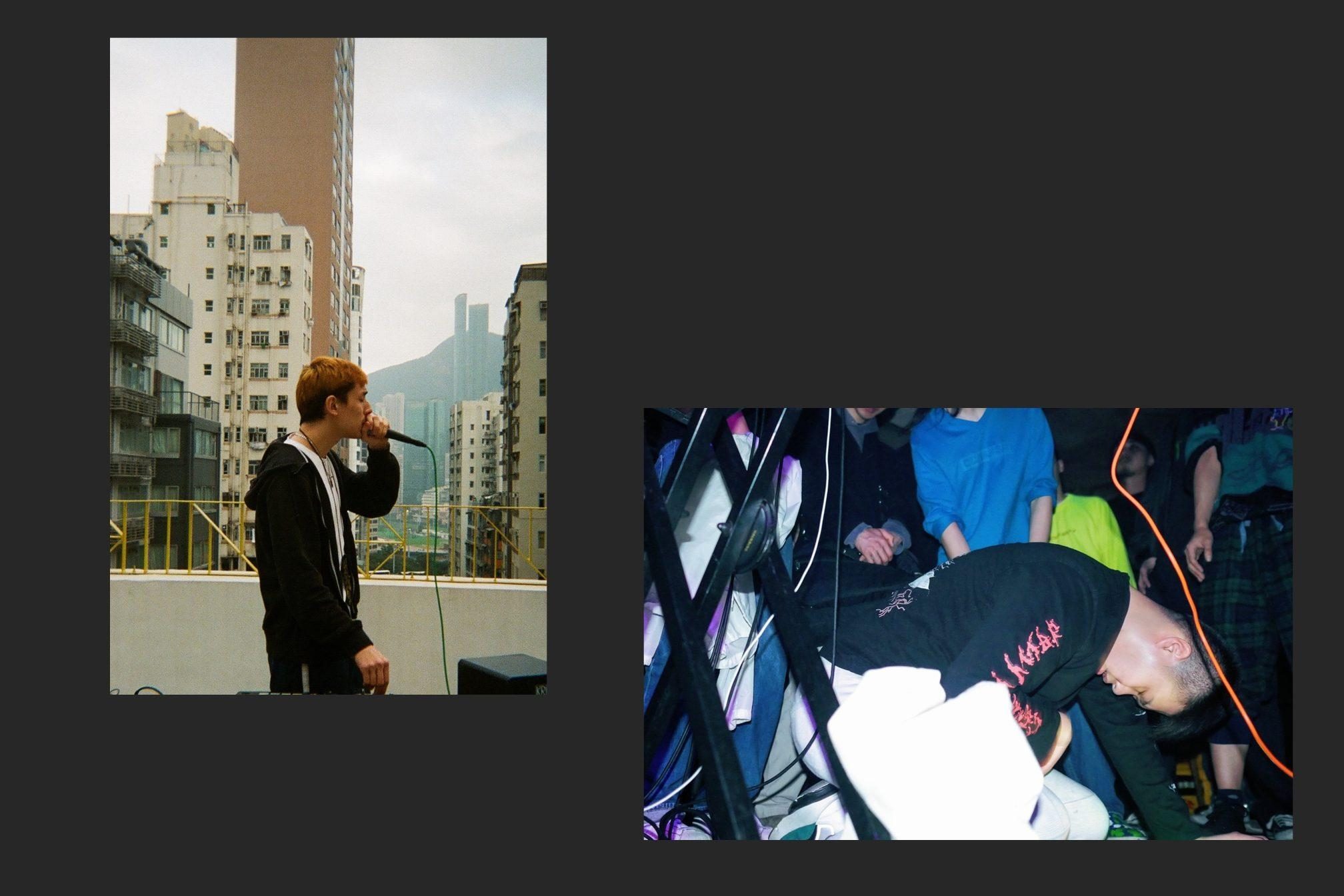 Undeterred, Absurd TRAX is quietly forging its own future amidst the chaos. “The energy of the local scene is pretty weak at the moment,” says Gavin. Neither dance music nor label culture have roots here so there’s not much of a foundation to build upon, he tells Mixmag. “They are imported cultures and we have been consumers, but it’s time we find ways to produce our own.” He hopes the collective and radio station can help “create our own network for our community, our own history and timeline.”

As the Asian metropolis struggles to define its identity during these turbulent times, locals are left wondering what it means to be a Hong Konger. Chinese roots, years of British and Japanese colonial rule as well as international exposure from a trade-based economy have produced a hybrid culture that can often be problematic for creatives. 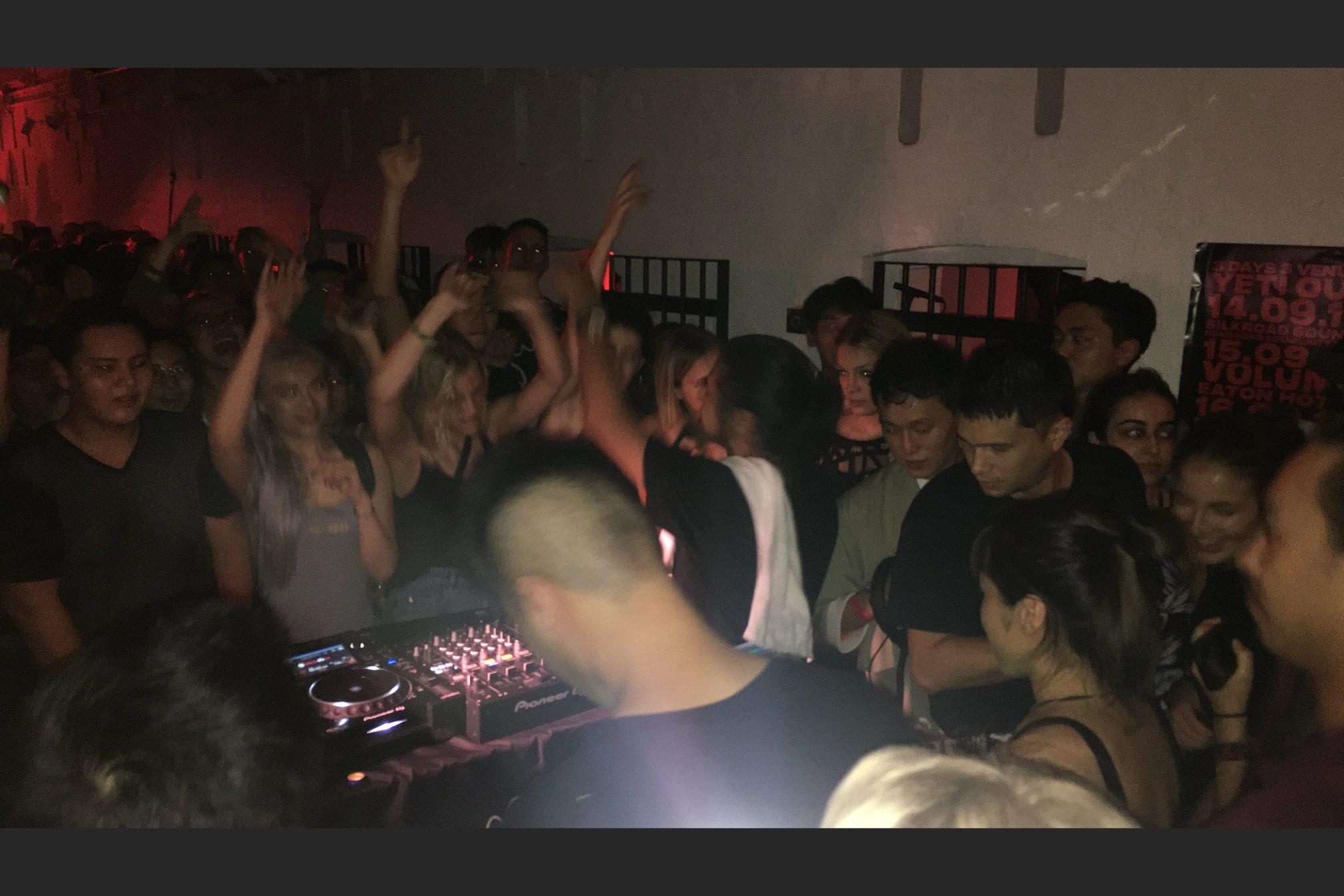 According to Alexmalism, who is currently pursuing a PhD on music and sound, “being a Hong Kong musician means one shouldn’t be tying oneself with any constraints.”

Sick of his hometown constantly being portrayed as an East-meets-West melting pot, he set out to explore new narratives in his 2018 debut album ‘TKO’. Built around the theories of Marxist geographer David Harvey, ‘TKO’ addresses socio-economic issues that are critical to Hong Kong yet also resonate globally. These include consumerism, suburban anxiety and industrial production. Snippets of improvised violin playing can be heard on the album as well as “a highly minimalistic yet almost plasticky sound,” as the liner notes put it.

“There is a mood in ‘TKO’ that predates the protests, it’s like a kind of angst,” Alex describes.

He believes the city’s current turmoil, no matter how bad, can eventually produce a silver lining. The coronavirus outbreak has paused club culture and protests are still on-going but all this could “allow the city to build up a stronger immune system no matter how many more PTSD moments” are in store ahead, he notes. “After all, I don’t think it’s the end of everything.”

Nyshka Chandran is a journalist covering music, culture and politics in Southeast Asia, follow her on Twitter