Earlier this summer, I was given the pleasure of attending a female-focused live coding workshop at No Bounds festival in Sheffield. A small group of women sat on laptops in a stripped-back, whitewashed room on the top floor of Trafalgar Warehouse. Dorien Schampaert and Lucy Cheesman began the session with a classic installation party, guiding us with fairly simple instructions on how to run coding software Supercollider and Ixi Lang on our systems.

As a woman who has never attempted coding before, the language was all pretty alien to myself and others around me. This language barrier was quickly broken by Dorien, a music teacher at the University of Leeds, as she explained how she first got into the Algorave scene in a similar beginners coding workshop. The emphasis on the workshop as female-orientated was a reminder that as a girl, throughout my school years I was hardly encouraged to choose I.C.T as an option or career pathway, and I still recall how these classes strangely manifested as "male" rather than "female" subjects.

The Algorave scene is a progressive movement that places emphasis on live improvisation and spontaneous electronic sounds. I've attended many live electronic performances that have left me in awe of the artist surrounded by intimidating synthersiser setups, but there is something endearing about the minimalism of live coding. Samples and songs can be made by simple codes that the artist writes into their coding provider of choice. There are numerous coding languages that can be learnt: Python, TidalCycles, Supercollier and Ixi Lang, but as a beginner I felt comfortable starting out on Ixi Lang due to its unambiguous instructions. Coding is an accessible platform for anyone interested in making electronic beats of any genre, and it's an exciting and unpredictable way of producing audio. As well as enabling the user to create sounds immediately from their laptop, sounds made on Ixi Lang can be recorded and transferred into programs such as Ableton, or recorded samples can be transferred back into the coding software. It's easy to see why live coding communities and Algoraves are getting more and more popular.

Dorien Schampaert and Lucy Cheesman are clearly progressing in this field, and later on in the day we witnessed them performing as OFFAL – Orchestra For Females And Laptops – a live coding performance by a number of people connected over the internet transnationally. Created in 2015, the group represents part of the international community of female laptop performers, and it's inspiring to see women creating these networks and communities together. Emerging female-focused movements and accessible opportunities are a promising sign that a traditionally male-dominated industry is becoming more equalised.

"Algorave has made a deliberate and concerted effort to increase the number of female performers; myself and Dorien both started playing as part of this push after attending all-women workshops," says Lucy. "I think the real beauty of this is that it is a growing movement, and to include a good gender balance from the start helps sustain the numbers of women involved in these events longterm. The more role models we have the better!' 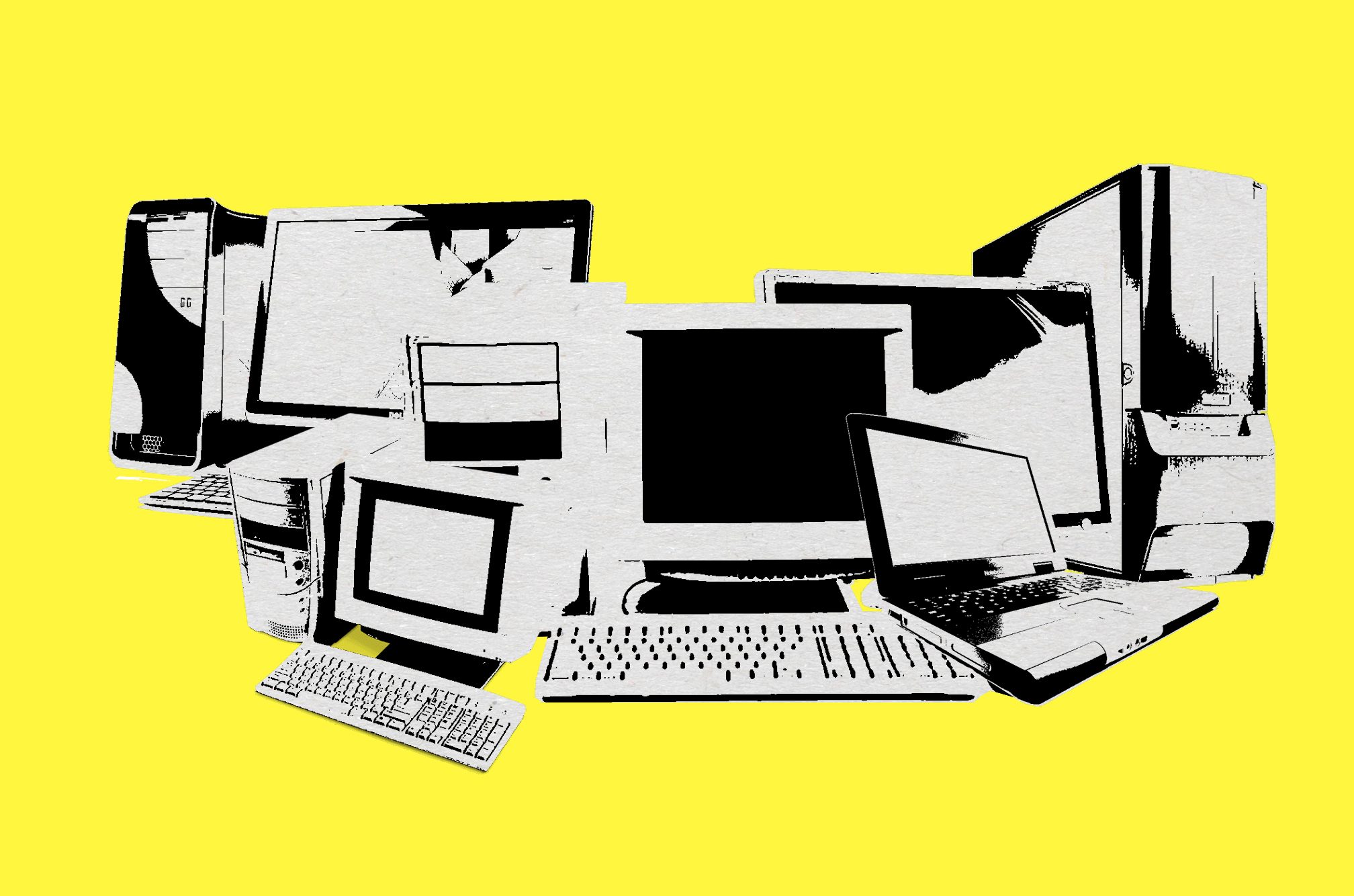 Norah Lorway is an expert in her field. In 2014, she deservingly won the Robert Fleming Prize for Outstanding Canadian Composer. She moved to the UK from Canada after finishing her studies to pursue a PhD, and now teaches creative music technology at Falmouth University. Her quality live coding sets and attention to electronic composition have brought her to many festivals and Algoraves across the world. She's recently released bleak, spikey techno tracks which roll seamlessly into light breaths of drone...

Dorien Schampaert performs live code as Belisha Beacon and also teaches Music at the University of Leeds, specialising in electronic and computer music contexts. She studied Art Science at the University of Ghent, Belgium, and majored in musicology. Her research interests include gender and popular music and electronic music. As a member of the OFFAL collective, she contributes her minimal algorithmic live coding sets, which you can listen to below.

Another Leeds-based algorithmic composer, Joanne Armitage makes up part of the OFFAL collective, and experiments with live computerised coding at Algoraves across the UK. Professionally, she lectures at the University of Leeds in Digital/New Media and Computer Music. Listening to her live sets, her stripped-back, basic beats lay foundations for her to build upon using rare, off-kilter sounds.

Columbian-born composer, programmer and live coder Alexandra Cardenas has been granted an abundance of residencies since studying Composition at Los Andes University. As a result, her intricate composition springs from her extensive personal exploration of musical behaviour. Residing in Berlin to continue her musical education, her electroacoustic sets have earned attention and deliver endearing melodic delight. 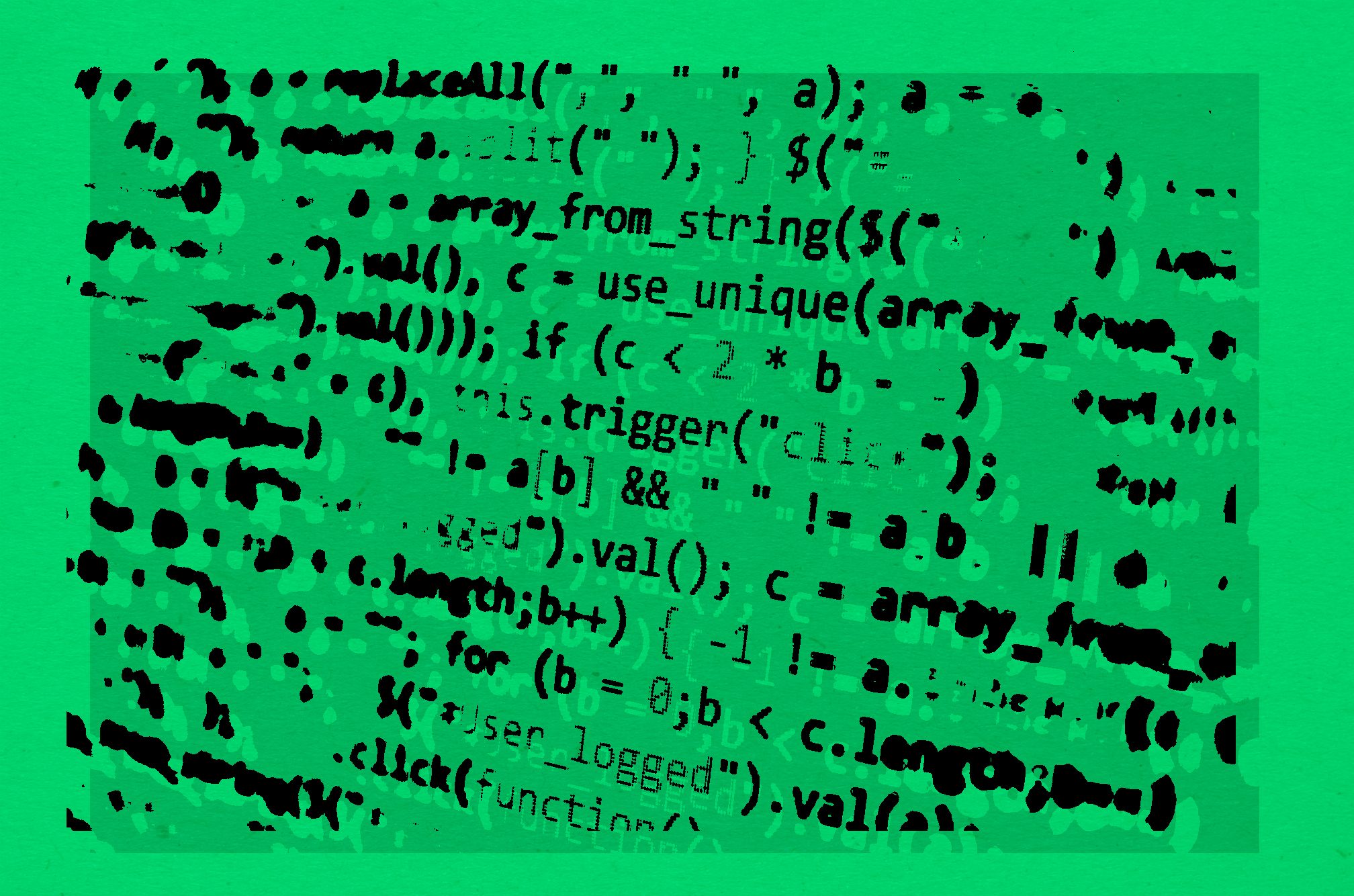 Lina Bautista is a Columbian musician working on a continuous experimental and electronic project. She lives and works in Barcelona, where she curates DIY workshops with Familiar, and collaborates with The Orquesta Del Caos, a research project dedicated to studying the relationship between sound and art. She's performed at numerous live coding festivals around Europe and works with other artists to create novel sensory speculations. Her dazzling audiovisual live set with artist NotMe provokes emotional sensations...

As a data musician, Shelly Knotts' fascination with interfaces and data improvisation has taken her far. She performs at Algoraves internationally as a solo artist, as part of algo-pop duo ALGOBABEZ and as part of the OFFAL collective. She has a PhD from Durham University in Live Computer Music and, following this, has relocated to Melbourne, Australia, to conduct research exploring improvisational interfaces at SensiLab, Monash University. Her background in research manifests in her energetic live coding performances.

Female coding dream team Shelly Knotts and Joanne Armitage work collaboratively in this algorithmic duo. They first performed together in Leeds last year. Since then, they've released the 'Burning Circuits' album, which includes a track titled 'Bedroom Sessions', a reminder of what is possible through token reactions on a computer. While their sound relates to the dancefloor, their tremulous, static electricity transmissions are unconventional and novel. Keep an eye out for their future performances...

A new, rising talent. Sheffield-based Lucy Cheesman, a member of the OFFAL collective, partakes in computerised music workshops around the UK such as the one she curated for No Bounds. She's been busy sharing live coding sets across the UK and experimenting with noises created through communication with computers. Lucy's been part of the scene for over a year now, and has already had an impressive and frequent string of performances. Links to her sound installations, live sets, and Soundcloud can be found on her blog and her set from the Algorave 5th birthday is particularly captivating...

AV noise artist Miri Kat utilises live code to create audio responsive visual art and playful, break-y tracks. Her visually exciting, high energy sets, produced by MaxMSP and TidalCycles, make a distinctive artistic statement. After completing her degree in Game Design at Durham University, she's now residing in London, and has performed at Algoraves across the country. Earlier this year, she made appearances at Supersonic Festival, CTM Festival and Transmediale Festival. Glitchy and avant garde, she tests the boundaries of electronic music by producing extraordinary soundscapes, using vocal samples and code to produce her unique sound. See her perform along with Dorien Schampaert and Alex McLean at the upcoming Algorave on September 1, hosted at Sheffield's Access Space.

More information on the Sheffield Algorave this Friday is here

Isabelle Bolt is a freelance journalist

Lawrence Abbott is a freelance artist. Check his website here