Floating through the cool, clear, aqua-colored water of the Yautepec river while the hot golden sun is shining overhead, Mixmag finds itself at Carnaval de Bahidorá on the final day of the festival as the Common and Glastonbury crews are delivering roots dub and reggae jams. For the past three days the music has been cranking out non-stop across five stages, with standout sets from Jayda G, Kevin Saunderson, Fred P, Axel Boman, Shigeto, HVOB and more satisfying the thirst for a proper dance. Yet here, as the festival is coming to a close, it’s become apparent that this may have been one of Mexico’s best kept secrets. That being said, judging by the crowd of nearly 10,000 people, it isn’t much of a secret anymore.

Tucked away in the middle of the Mexican jungle, just over two hours outside of Mexico City, Bahidorá is quickly becoming Mexico’s premiere music festival. Now in its sixth year, it boasts an electric atmosphere surrounded by lush palm trees and greenery. This beautiful oasis is a major draw, as it is the only large-scale event to take place within the Las Estacas grounds. Yet the music, which showcases top international and local acts, delivered a raucous party from sunset to sunrise that ignited everyone's spirits.

With a focus on the music, here are ten tracks from ten captivating moments that made Bahidorá 2018 Mexico's leading party festival.

One of the most awe-inspiring performances of the entire festival was that of the talented Detroit-based musician and producer Shigeto. Seamlessly traversing through ambient jazz, electronica, hip hop, house and everything in between was a marvel to witness as immersive and psychedelic visuals took over the atmosphere. An undoubtedly special moment was when he dropped ‘Don’t Trip’, a track off his latest album 'The New Monday' released via Ghostly International. The rhythm assault was on full display as Shigeto’s drum performance left the crowd speechless.

Your Planet Is Next ‘Youngman’

Axel Boman’s DJ set injected the crowd with energy as the festival turned from day to night on Saturday. IDs during the performance escaped our focus as we got lost in the bumping mix of dancefloor gems. That said, when we linked with the Studio Barnhus boss later that night we connected to discuss a recent offering off his label from Your Planet Is Next titled ‘Youngman’. The acid jam is a captivating mix of breakbeat rhythms, gripping vocals and mesmerizing synth tones. Big up Axel for continuing to supply the scene with unique and creative offerings.

As the festival was picking back up following Saturday’s all-nighter and patrons were slowly coming back to life to enjoy the final day in the sun, admired British tastemaker Gilles Peterson was taking Le Estacion stage. With a giant blue train car as the backdrop while a pool of water flows between the stage and the crowd, Gilles took us on a journey through latin inspired rhythms with a new gem from Peggy Gou titled ‘It Makes You Forget’ standing out as a necessary ID. 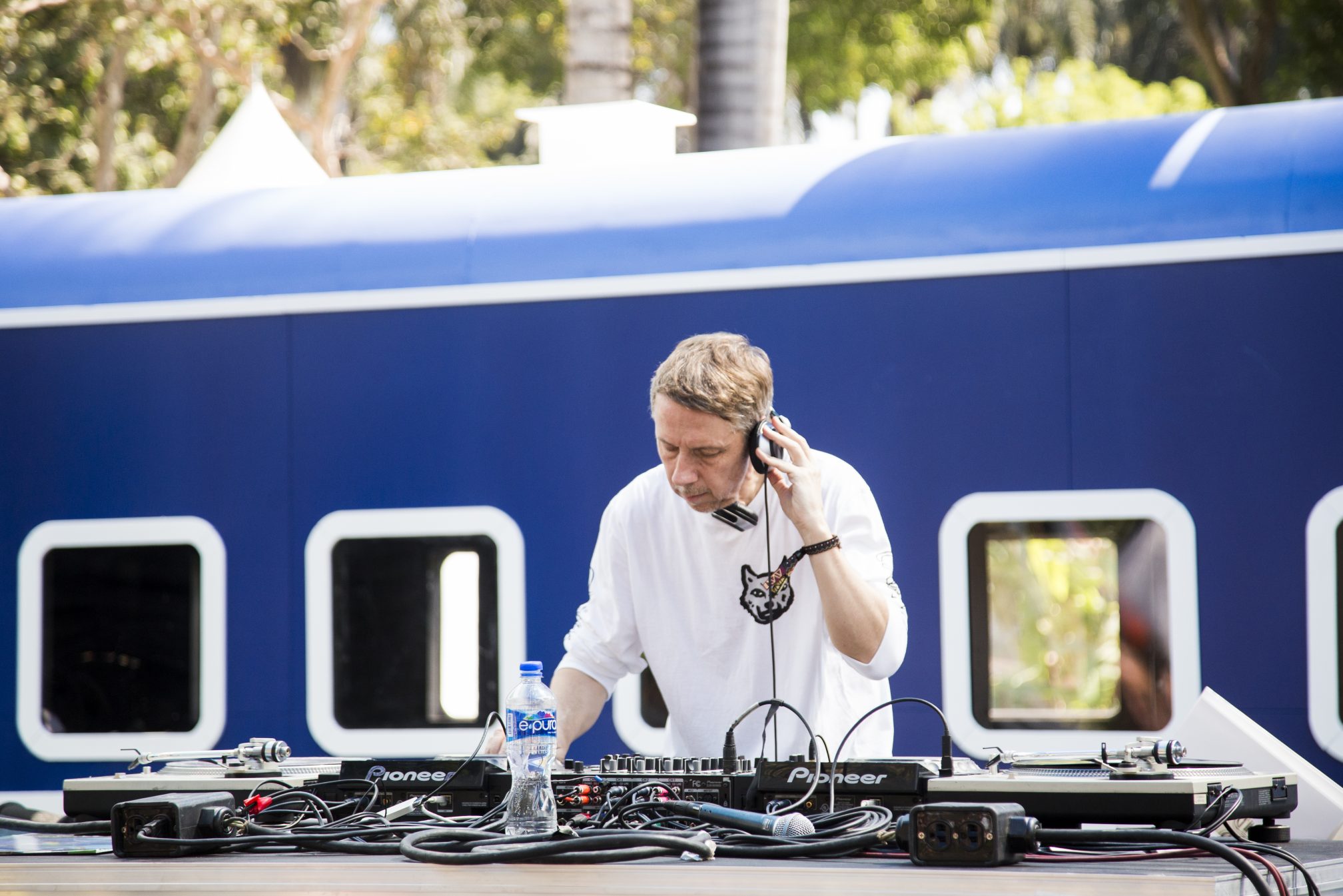 After Floorplan’s booming and fast-paced techno set brought the Bunker crowd to a climax, it was Robag Wrume’s job to keep the party going and he delivered a relentless set spanning through techno, house, breakbeat and various dancefloor cuts. Revelers were given a chance to open up their stride as he dropped Bicep’s epic breakbeat remix of Isaac Tichauer’s ‘Higher Level’. The tune’s been making the rounds at festival stages and clubs for the past few years it tends to work magic on the dancefloor. Out in the Mexican jungle was no different.

With a 6pm performance on Saturday, Telephones was given the task of building the crowd at the Bunker stage. Laying the foundation for the evening’s lineup of house and techno DJs, he showcased the dreamier side of dance music with a mixture of vinyl and digital releases. Mixmag picked up on one of his recent remixes of Chmmr’s track ‘Pretty Space’. With it’s deep and rugged synth tones layered over cosmic atmospherics and a steady house beat, this track seemed to be one that represents the direction and tone of the exquisite set. Unforgettable.

It would be doing Telephones a disservice to not include another gem from his standout set, which had to be the in-demand track ‘Paraíso '89’ by AZURA, released just a few months ago on World Building. An other-worldly and masterful production.

With a soft opening on Friday night, Bahidorá hosted the NYC label Fania for a full showcase of label favorites. Headlining the evening was none other than Kenny Dope of the legendary duo Masters At Work. His style of fusing a latin motif with influences of jazz, soul, funk and house was the ideal to kick off the festivities for the predominantly Mexican audience and the dancefloor was bumping at peak until the night ended in the late morning hours. 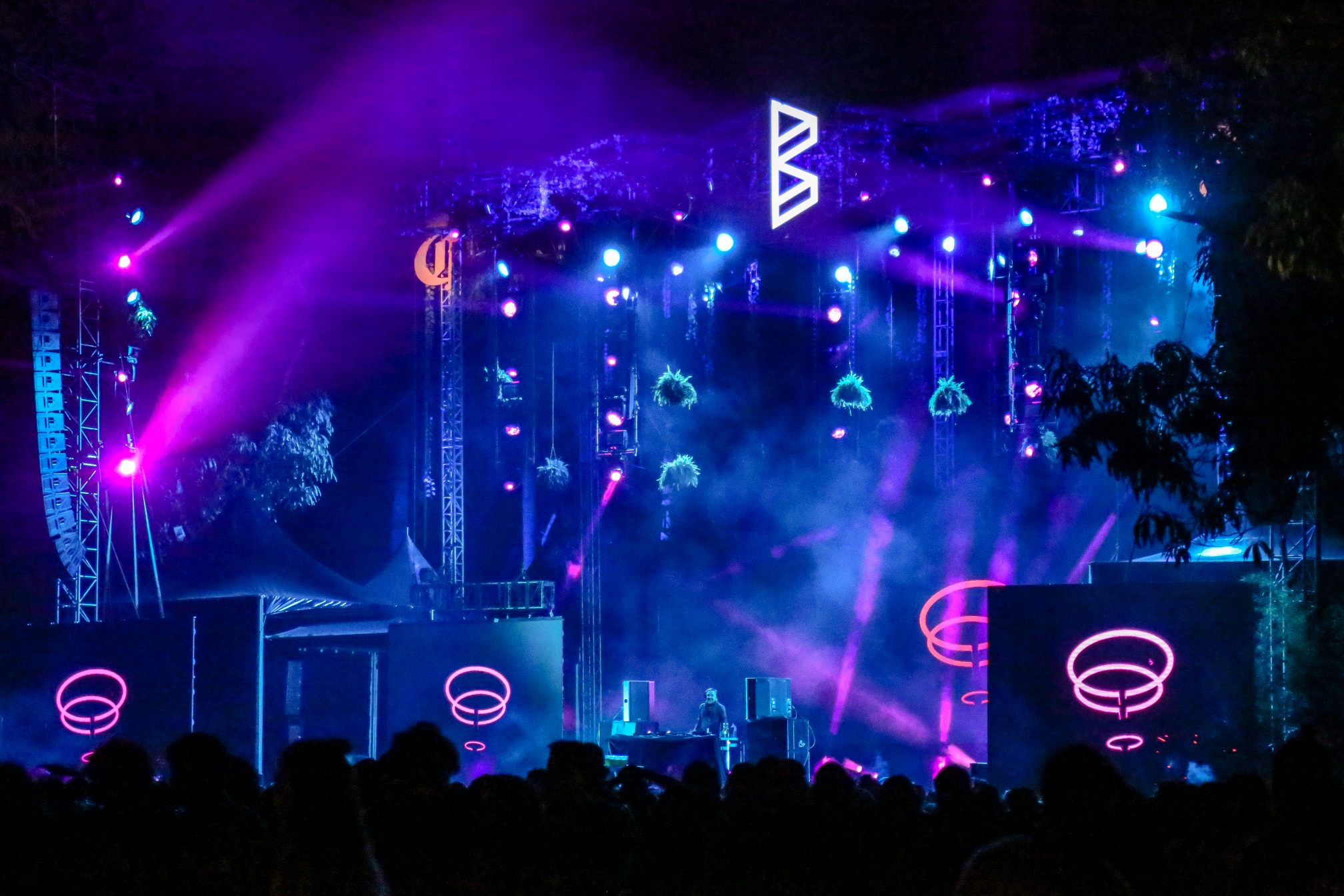 Before Kenny Dope could take the reigns of the Fania showcase on Friday night, fellow label-mate Sabine Blaizin had the crowd under her control. The Haitian-born, Brooklyn-based artist dropped the classic Shelter remix of the Roland Clarke classic ‘I Get Deep’, released in 2000, and the organic textures, soulful vocal and driving beat provoked cheers and waving hands abound. Many in the crowd didn’t realize the party would get started so early, before the festival officially started, so this was a welcomed surprise that could even go down as the best set of the entire festival.

Jayda G’s ascent to the top tier of DJs on the global circuit is astounding and very well deserved. She has a masterful way of working a crowd and her selection, paired with her energy behind the decks is utterly infectious. As this was her first time performing in Mexico Jayda G brought her best to Bahidorá and the classic tune ‘Dancer’ by Gino Soccio was one that left a lasting impression from her set. NO doubt the people of Mexico will be wanting to see her return very soon after that performance.

With what was the biggest crowd at the main stage throughout the festival, HVOB’s live performance brought Bahidorá to new heights at peak hour on Saturday night. Many of the other sets at the weekend had somewhat of a latin influence, with DJs tailoring their sets to the Mexican crowd, but HVOB’s originals were more than well received. We could put any track from their catalogue in this list, but the live version of ‘Azreal’ seemed to have an increase of power from the original version and a profound effect on the crowd, dancing as hard as ever.