Mixmag is running across the sand. Our flight was separate to Ben’s and delayed. We follow Enriquo, a promoter-turned-emergency driver, and go up over a concrete wall, through a back curtain, inadvertently bodycheck a hanger-on and we’re in. Randy sees us, whispers to Ben, who’s mid-set. He whips around. “You made it!” he grins, handing us some Champagne. The crowd is around 1,000-strong, and young. “It’s a different set up in Italy. Even kids, they don’t do pop. They do techno,” Enriquo yells. Ben looks looser, taking more risks, working the upfaders harder than he did in Serbia. Into his flow. Four decks throw hot blue lights up into hot sea air. Ben shifts between all four: from a distance at random, but on closer inspection curating a nervous stable of loops and percussion stabs, cueing here, fading there, teasing a rampant crowd with judders and hints as the sky around us starts to fuzz pink. The sound dives between wide spaces and low bypasses, Ben low-key flirting with girls side-stage as Void monitors release eye-watering audio and the sun comes up over the sea that’s literally lapping at the back of the crowd.

“If we’re not in Amsterdam in five hours, we are fucked.”

We’re in the back of a Mercedes. Ben has slept in. Randy is losing his shit. Mixmag has lost our primary toothbrush. It’s all falling apart. Eventually, Ben arrives. He hasn’t slept more than twenty minutes. “I went to bed. But, you know. Dekmantel is today, so...”

The airport was rammed. So rammed, in fact, that it was remarkably easy to get through security. Despite Mixmag’s boarding pass not working, despite the bag scanner’s buzzing we sort of, just, kept walking. Now we’re on the plane. Ben has immediately sat down, working through Ableton edits for tracks. Eight hours until Dekmantel. Oh, and the whole rest of the tour. We can’t keep our eyes open, but even nodding off we see Ben, laptop open, game face on, waving off the offers of free coffee and breakfast. None of us have eaten since the airport in Rome.

Ben bounces down the stairs backstage, the way an athlete limbers up. He’s done the same with every set of steps since getting off the plane. “Yeah, I’m pretty nervous,” he says. “You play to ten thousand and you’re not nervous, because it’s just one moment. But with this, you’re playing to hundreds of thousands of people, forever, and every second of the mix can be analysed, and checked, and commented on.” 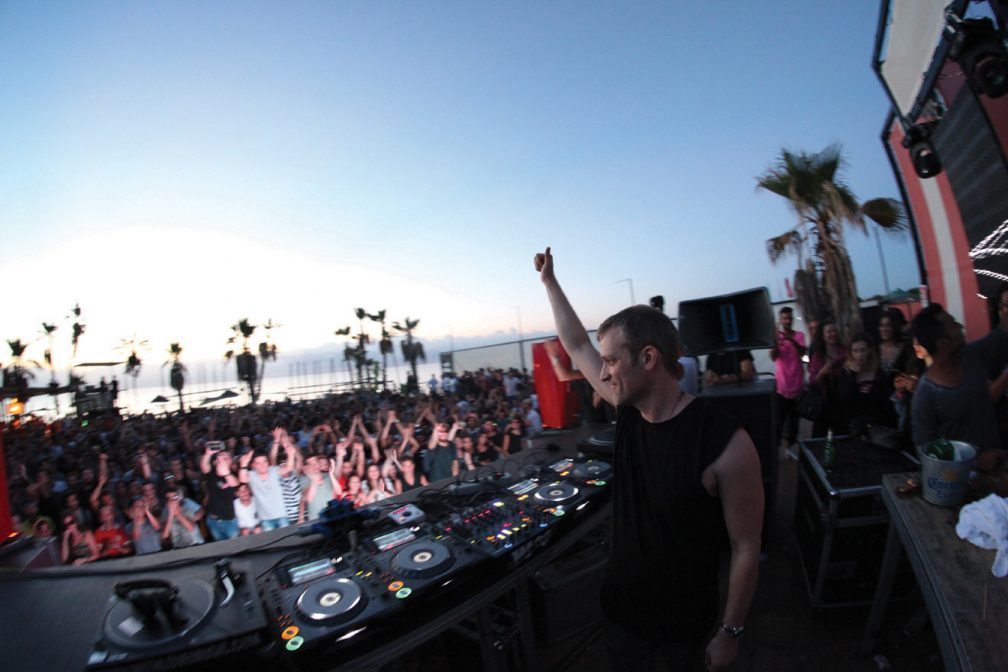 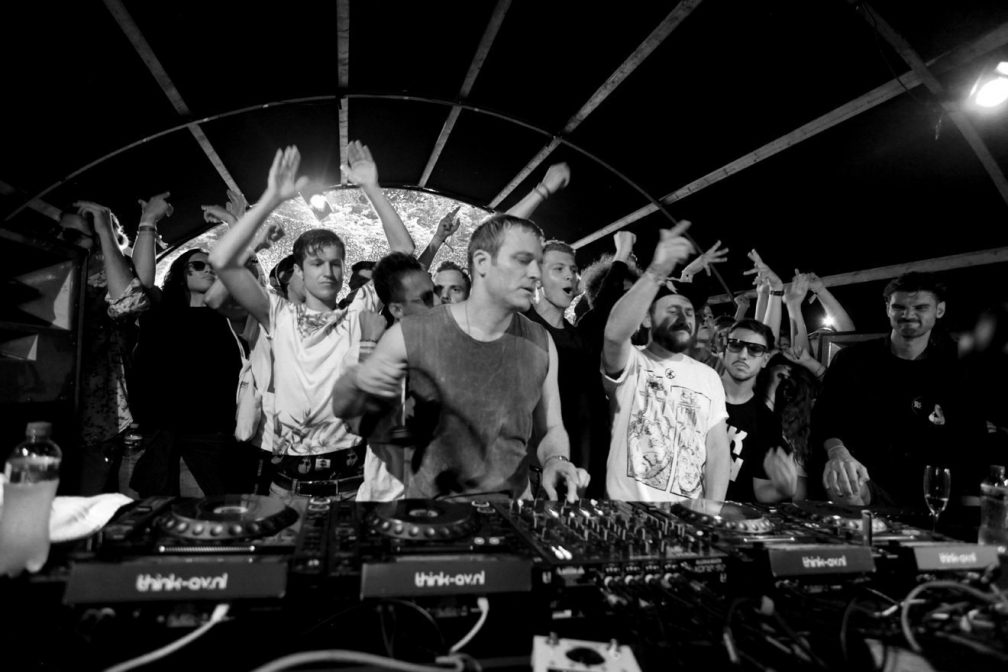 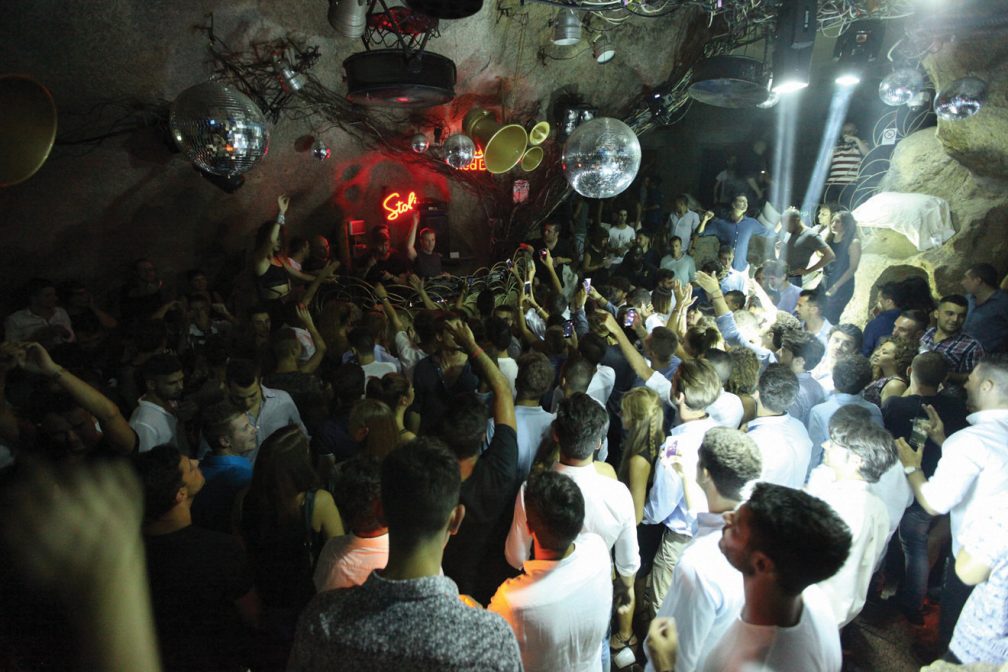 Ben is handed a black towel for the heat on the decks, but declines it for his now familiar white one. “It’s my lucky towel but it’s always different. It’s just a towel from whichever hotel I’ve stayed in.” Ben’s all nerves as he gets on the decks. There are cameras everywhere. Tactical ravers in the back, armchair pundits in the front, directors off to the side. Hot downlights. A crowd that cheers and goes silent on visual command. DJing as a competitive sport. Ben shakes his neck, snaps his shoulders back-stage. Round One. Cue. Fight.

He needn’t have worried. His set is a 90-minute compression of everything we’ve seen so far. He starts hard, then in 15 minutes eases into a supercruise, hopping effortlessly between techno, and flashes of straight house. It gets progressively hotter backstage. The terse nods become genuine shoulder-rolls. Ben’s sweating but his mixing stays tight, signature snares and the kind of basslines your mother warned you not to talk to jostling for room in the tight, hot air of the theatrical stage. With 30 minutes to go, he looks like he’s finally enjoying himself. On the home straight. Taking a few more liberties here and there. Looking a bit more spontaneous on the decks.

It ends, and there’s some form of lengthy monologue about Berlin, or techno, or Ben, or something – but the prizefighter isn’t listening. He’s closing Dekmantel on another stage in 20 minutes.

All smiles now. Rolling through tunes, trying things out, experimenting, bro-hugging Marcel Dettmann who hangs around briefly after his own set. “Yeah, I’m pretty relieved
it’s over. Grab a drink!”

“I was into Pokémon, sure. But in the 90s, back when it was cooler,” Marcel Dettmann states solemnly. We’re one of perhaps a 16-strong Klock and Dettmann entourage in a seafront restaurant. Ben’s spent most of the evening laughing and cracking jokes. Any final post-set doubts about his performance were put to bed an hour ago during the airport hotel transfer, when Randy showed us a meme taken from the comments left on Boiler Room’s Facebook page. “Just Fuck Me As Hard As Ben Klock’s Boiler Room Set” it reads.

Now Ben’s interchanging between topping up wine glasses, talking about everything from the merits of cooked vs raw seafood to the way his home town of Berlin has changed to become more outward-looking, and learning new words. He professes open amazement that ‘porcupine’ in Italian means something roughly along the lines of “land-sea urchin” (though his enthusiasm may be vaguely linked to the fact that the information comes from a tall, tattooed Italian supermodel parked next to him at dinner). Eventually, the group piles into three cars and is driven around the corner to Cave Gallipoli.

Marcel & Ben take the stage for a B2B set. Perhaps 1,500 people are jammed into the space. An interesting dynamic emerges on the decks: Marcel the extrovert, setting up camp at the mixer, flashing up faders and allowing heavy drops; Ben off to the side, even when it’s his cue, working the EQs, the effects, all precision. From 02:30 Ben stops playing reactively to Marcel’s cues, however, and takes matters up a notch with a series of deft track switches. The crowd surges in response. Marcel waves in a wall of snares. The two are now shoulder to shoulder, grinning. Competitive schoolboys. Marcel the jock; Ben the chess player. The two run up a Jenga tower of synths and risers, Ben all the while running a fine line between letting the clutch all the way up and holding back: a frenzied sea below leaning on every hook, every change, waiting for the techno promise of another drop somewhere over the horizon. The crowd have lost their shit. At 05:30 Ben just manages to escape the people now clambering over the booth. We dive up a series of side passages behind a toilet block and emerge into a back room where an afterparty is kicking off. Phone stashed.

We’ve spent a vaguely hungover day drifting from boutique hotel to Rome’s airport, to Sardinia, and probably the most luxurious hotel Mixmag has ever seen. Now a group of slick Italian promoters are plying us with wine. What began as a polite conversation soon descends into laughter as the promoters and Ben swap stories about Naples.

Five bottles of wine and four kilos of raw fish later there’s a change in temperature as the promoter receives a phonecall. The Allen & Heath mixer has been swapped for a DJM 600. This is not good. Ben explains why, based on audio quality and EQ functions. But it’s not as simple as that. “The booth is the one constant on tour,” he tells us. “The one thing that stays the same, no matter where you are. That’s why you have a rider. The crowd can be huge, small, the audio can be thin, or booming, In order to connect with everyone I have to feel relaxed in my work-space, it has to feel comfortable. Because when you’re on tour, the booth is home.”