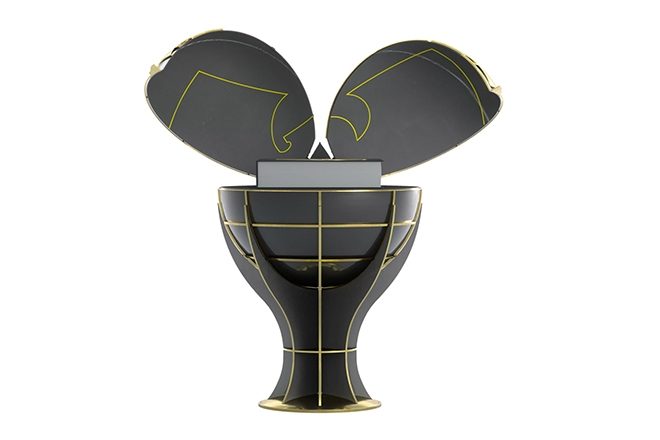 Wu-Tang are claiming it is the "biggest and rarest book in the history of hip hop". It's certainly unique, as it's made from a bronze-encrusted steel chamber and weighs a whopping 181 kilograms.

Read this next: Wu-Tang Clan's Ghostface Killah and Raekwon to battle on Verzuz

It's likely to be rare, too, as it's limited to just 36 copies. Any Wu-Tang or hip hop fan will know the 36 relates to their debut album 'Enter The Wu-Tang (36 Chambers)'. Each copy will be signed, dated and numbered with certificates of authenticity.

The book will feature unseen images of the Staten Island, New York group over 300 pages. Photographs by the likes of Danny Hastings, PROTIM PHOTO, Kyle Christie and Andy Cantillon all feature.

Artist Gethin Jones designed the chamber the book is housed in. The book's website reads: "Inspired by the ancient past and the bronze ritual bowls of the Zhou Dynasty whose first ruler was King Wu-Wang, the chambers consist of Spun Mild Steel bowls while the raised ridges, base and logo are furnished in solid brushed brass."

On the book, Wu-Tang's manager John 'Mook' Gibbons said: "From conception to the present day, this is the story of the undisputed greatest hip hop group of all time being unveiled through rare and never before seen photos."