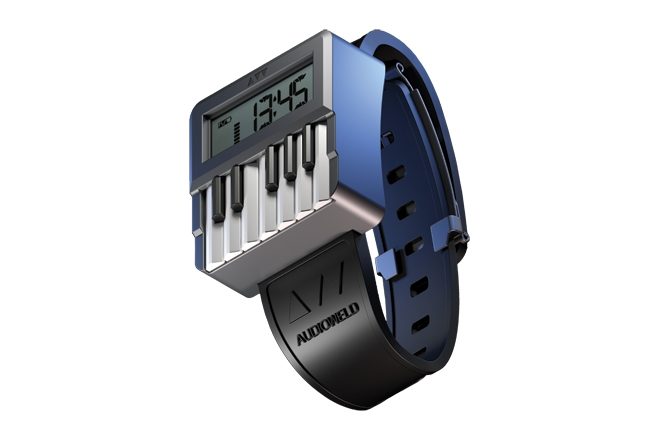 First we had Korg’s Volca range of mini-synths; then Teenage Engineering upped the ante with their range of Pocket Operator compact devices. And now, the rush to create itsy-bitsy, teeny-weeny music-making machines has reached a whole new level of absurdity with the arrival of the Synthwatch.

The wrist-borne keyboard features seven monophonic keys and a palette of 200 sounds to play with, although the company is also working on a chord-playing, polyphonic version. It has in-built wireless connectivity, and works alongside an iOS app with a built-in sequencer that allows you to control, record and tweak the sounds. It’s being developed by Audioweld, an Italian watch-making company with designs on the music industry.

The Audioweld Synthwatch has been in development for two years, and funds are currently being raised on Kickstarter. Backers pledging £425 will get a discounted version if the project reaches its target of £68,356 and goes into production. It charges via USB C, and has a 3.5mm jack and line out for hooking up to an amp or speaker. It’s splash-proof too, for those all-important jam sessions when you’re waiting for a bus in the rain. And yes: it does also tell the time.