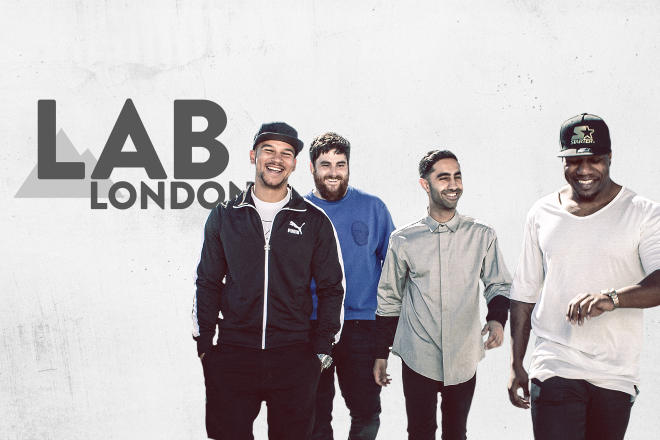 On Thursday April 20 we welcome Rudimental into The Lab LND for a special WILD LIFE takeover.

The UK band, who will be playing a DJ set, have been highly revered as one of Britain’s most prominent electronic crossover groups. Made up of Piers Agget, Amir Amor, Kesi Dryden and DJ Locksmith, Rudimental have received multiple Brit Awards, have gone platinum across the world and even snagged a Mercury Award nomination for their 2013 album ‘Home’.

WILD LIFE was launched by Rudimental and Disclosure in 2015 and stood as an impressively curated showcase that expanded internationally within its first year.

This year’s WILD LIFE Festival will be headlined by Fatboy Slim and held at the oldest running UK airport, Brighton City Airport. The event will hold massive installations and exceptional features like The Terminal Stage modelled after the airport’s historic Art Deco building and Jess Glynne returning as a headliner after her performance at the inaugural WILD LIFE.

The live stream starts at 5.30pm BST. You can tune in live over on our Facebook page and re-watch on MixmagTV from 6.30pm BST or below.