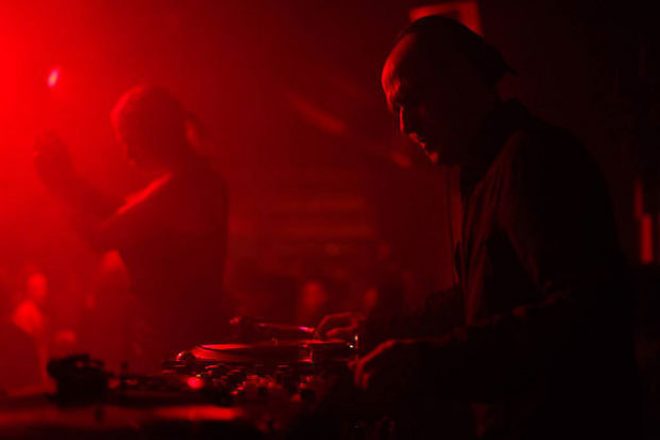 Tech-house is some 20 years old but over the last couple of years it's enjoyed a renaissance, with clubs across the world emphatically embracing the rolling, rhythmic, bassy hybrid.

But last year things came to a head when the revival got so popular that it seemed like the sound was everywhere, but not in a good way. A wave of copycat producers emerged, taking control of dancefloors and flooding them with insipid productions.

Now that's calmed down it seems fitting that Wiggle, the London party where tech-house was invented, and the label of the same name, which nurtured the sound, is celebrating hitting the two decade mark. Though Wiggle is still very much in operation, the anniversary is a fine excuse to look back at the birth of a UK sound that went worldwide and is subsequently thriving today.

Back in 1994, plucky young promoter Nathan Coles linked up with rising DJ Terry Francis to put on a party that showcased their love of bass-heavy, rough-hewn four-to-the-floor. They got another burgeoning talent, Eddie Richards, on board as a resident and Wiggle was born, taking place in off-the-map locations with a music policy that brought together the toughness of techno and the swing of house. Tech-house was synthesised right there, on Wiggle's dancefloor. We got Nathan, Terry and Eddie to tell us how it happened.

Nathan: "There wasn't anything going on with the sound that we liked; we were looking for stuff with a groovy bassline, that had techno elements as well as a house swing. There were people playing it but there wasn't a night dedicated to it, that's why we started Wiggle."

Terry: "There was a hole in the scene that allowed it to happen and it was nice to do something that was serious [about music], something where people weren't being mugged off with the same old cheesy tunes."

Eddie: "When Nathan and Terry got something together, they asked me to play for them and it was my kind of music so I decided to join those guys. I ended up being a resident and at Wiggle I could play what I wanted. I've always been playing the same kind of music: bass-driven, rough, house music. At the time it wasn't called tech-house, there wasn't a genre."

Nathan: "We were playing that sound even though the genre hadn't been created. A lot of us were producing, we started the Wiggle label and there were some producers around who were making music of that ilk, like Mr C. We were all chatting about how it needed a name and tech-house came out of that, us all doing this mid-ground between house and techno. It spawned from that."

Terry: "It was just a name that came from Swag Records, really. People would come in [to the now defunct Croydon shop, where Terry worked for 7 years] and ask for house but with a techno influence. Then the journalists got hold of it!"

Eddie: "Everyone seemed to work at Swag Records at one point. They started to make music and it had a particular, tribal feel about it and that became tech-house. It became a genre after all this music was released."

Terry: "Colin Dale, Carl Cox, Jazzy M, Richard Grey... They all worked at Swag at some point. Gideon Jackson would be upstairs in the studio making music... It was a centre point, a community hub for people in that scene. A lot of people were a bit bored of house music and wanted something a bit more punky, a bit more quirky."

Nathan: "There was music out there like it but we were funnelling it, we were pushing it forward and making records and getting it out there. We were doing our thing, doing the parties, making music and it was getting attention. Wiggle was somewhere that people could come to and they knew what they were getting. At that point you'd go to a club and get a bit of this and that but we gave people something consistent. That was the plan, really."

Eddie: "The venues we chose weren't really places you could use again. A car park or a warehouse that was temporarily empty."

Nathan: "There weren't a great deal of illegal parties at the time. We started trying to find spaces where we could do what we wanted and not be ruled by the laws of society."

Terry: "We never had a party stopped. We had a few ones where silver-tongued Nathan had to calm the Police down! It was exciting. It brought back the vibe of the acid house days, breaking the law, being a rebel. Dancing around in a dirty old warehouse. People wanted to do that, they didn't want to go to a club where a bouncer would shine a big torch in your face and search you for drugs and tell you to stop smoking."

Nathan: "We used to get bored of the same spaces! If you come across a new venue and you like the look of it then you can't wait for people to walk in and enjoy it. That's part of the buzz, seeing people's faces light up as they walk in, being part of creating a night for people to have a good time at."

Eddie: "Nathan and Terry would just to take people's addresses and send them invites and ask them if they wanted to invite their friends. It was a friends of friends thing and word just got around."

Nathan: "That created a great atmosphere, people felt safe in that environment. Everyone knew each other and people let their hair down."

Terry: "We'd go to a hairdressing wholesalers and buy a load of polystyrene heads and paint them up and hang them from the ceiling. We made the effort, just silly things!"

Eddie: "For me, Wiggle was [and still is] all about that big sound. A lot of it was just going in there and smiling because of the bass, that's what people wanted. If you want a really good night, just get a really good soundsystem and hire some DJs who know what they're doing. That was the formula for Wiggle. The music we play, the subtleties come out from the soundsystem. You couldn't hear that if it was on a small system."

Nathan: "It felt great to be a part of it. A part of something that was starting, something you'd been a part of making. It was a powerful thing. Good times, really good times."

Eddie: "The editor of Muzik magazine liked what we were doing and was coming to all of the parties. It got awarded 'number one club' [in Muzik]. That helped spread it to other parts of the world, like the US. Lots of little labels sprang up with a tribal-y sound, copying what we were doing in London."

Nathan: "The sound started spreading and before we knew it there were other great producers out there making it."

Eddie: "We were doing our thing, putting on parties in places we liked. But then it grew into people releasing music we could play. It felt like it became a movement after that."

Nathan: "The name was getting bandied around and we were doing interviews about it and people did say 'don't pigeon hole yourself' but it was good to be involved in something new. We were being labeled as responsible for this tech-house sound."

'Wiggle for 20 Years' is out now via Wiggle/Fabric