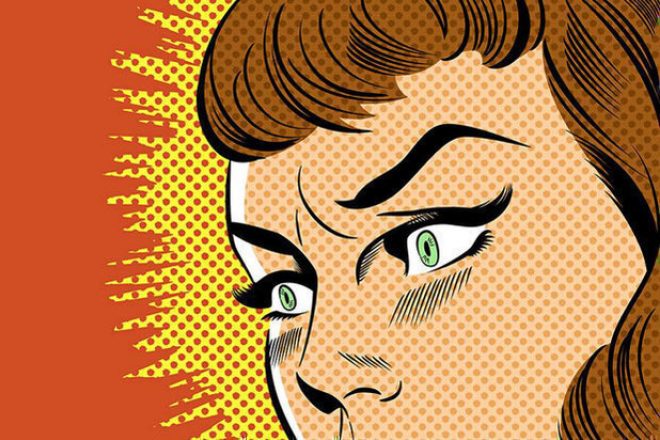 It's peak time in a club near you. The place is packed and the music is perfect. Holly, 27, is out with her mates and enjoying herself when suddenly she feels a hand between her legs. "I had nowhere to move, and couldn't shout for help – as if anyone would have been able to hear me," she tells us. "After I pushed [the man] away he tried it again, before getting abusive – which is when I made the call to leave. When I found my friends, what scared me the most was how many of them had experienced something similar."

If you're a woman and a regular clubber, this story will be horribly familiar. It seems that for every mind-blowing DJ set we witness, women are also often subject to the roaming hands of men who feel entitled to grope or molest us. Sunday morning war stories are so ubiquitous that it's souring our experience of club culture and having an effect on which venues and parties many of us choose to go to. Is a night out without fear of who might be lurking next to the bass-bin really too much to ask?

Misogyny, sexism and chauvinism are still entrenched and ignored (often by women, too) in everyday life. But as ravers proud of dance music's decades-old sense of freedom and equality, we should all be embarrassed by the low standards we've come to expect – and ashamed of the disgusting behavior we're turning a blind eye to. While the music moves forwards, attitudes toward women in the rave remain archaic.

Last year, a study by the alcohol education organisation Drinkaware found that of 1,198 women it surveyed who were aged 18-24, nearly a third had been groped or received unwanted physical attention during a boozy night out. Sadly, only 19 per cent of these women were at all surprised by what had happened. Meanwhile, research published by the NUS (National Union of Students) in 2013 revealed that 50 per cent of participants identified prevailing laddism and a culture of harassment at their universities. Nights out were described as key spaces in which this 'lad culture' was in evidence, with participants highlighting the fact that promoters themselves were engaged in 'lad culture' as part of their business model. Sexist promotion of student nights and disturbing initiation practices that featured homophobia and misogyny were cited as a matter of course.

Not that sexual harassment at clubs is confined to student nights – far from it. This is something that goes on throughout club culture, top to bottom; from commercial big rooms to dim-lit underground parties. It happens so often that women are made to feel like it's part of an normal night out; there's a sense that complaining is futile, and we should all just wince and bear it. This is partly due to the sheer frequency of unacceptable behaviour – but also the more subtle ways in which it can happen, as Tabitha, who also lives in London and is 25, explains.

"It's difficult to report unwanted groping, as it's often a case of a guy deliberately but subtly touching you as he tries to get past you in the crowd. It's a truly horrible experience, but as it happens really quickly you feel that you can't report it. I've called guys out on it before and they've tried to pretend that it was unintentional. This is so often the case that you feel it's not worth spoiling your night by reporting it or arguing with the guy – especially as it'll happen several times in a night, and you're there to dance, not argue with misogynist idiots."

This isn't an issue confined to the floors of London, or indeed the UK. Bailey, 26, lives in Los Angeles and says she's subject to sexual harassment every time she goes to a club "without male accompaniment".

"For some reason, men assume that women dancing alone are in need of attention in the form of groping and groin-rubbing into your back and butt. Luckily, my girlfriends' boyfriends' presence usually deters this, but not always."

Things aren't any better behind the scenes. I briefly worked as a promoter in the early 00s, and one memory in particular taints the many highlights: a punter, keen to make his intentions known, pushed me up against a wall, groping me in the process. Thankfully a bouncer dealt with the bloke and he got turfed out of 333, his own expletives falling around him in the cold. I was also spiked with Rohypnol while working in a West End club back in the day, and not long after that I concluded that wearing trousers to a club was a far safer bet when trying to avoid the idiots – though shouldn't it be their behaviour that has to change, not mine?

A decade later, under my alternative guise as a tour manager, I've been asked to pour drinks for DJs who clearly didn't have the wrist muscles to do it themselves, and have also had to put up with the ego of one up-and-coming artist who assumed that one of my breasts could be used as an air-horn, a free-for-all ball of fun ready and waiting to be honked. Funny? Not really. It's actually sexual assault.

Female DJs aren't escaping the bullshit either: Janus crew member and Berlin resident Kablam recently tweeted after her debut UK show: "Last night was special… Thx London… Except all these dudes groping women in the club." It's embarrassing that this is the lasting impression British clubland is having on visiting DJs.

A constant among my female friends is the lack of desire to go to nightclubs because of the likely hassle from members of the opposite sex. Unwanted sexual advances are very much the norm.

"We spent our 20s fighting off guys trying to hold us by the waist for a dance and grinding their manhood into our backs, and our 30s worrying about getting drugged – where did the fun go?" says Rhiann, 36, who lives in Brighton and is essentially a case study for many young, professional women. She now opts to take MDMA at home or at private events as a direct consequence of her fear. Not fear of taking the drug ¬¬– but fear of being in proximity of too many men who are on it, too.

"In my experience, while smash-drunk guys are more verbal, guys on drink and drugs are a different ball game," Rhiann, who is a seasoned clubber, adds. "But we shouldn't make drugs an excuse for what's going on."

In the dance, on a night out among our friends, we shouldn't have to put up with sexual harassment – and nor should we shut up about it, as Tabitha points out: "I think women should call men out on sexual harassment, no matter how insignificant it might seem. And report it to the venue's staff rather than only complain to our friends. I think a lot of women would be surprised at how willing venue staff are to sort these situations out quickly."

That can be easier said than done, though; too often, women feel they shouldn't 'make a fuss'. Rachel, 29, from San Francisco told us: "I've never reported it. I suppose it's from growing up in a society where it's ingrained in me that men groping and harassing women in clubs is normal. I feel like if I reported it, I would get a response like, "men will be men, and you're in a club."

But the belief that 'men will be men' seems to suggest that guys just can't help it – when in fact, so many choose not to act like that. Perhaps what really needs to change isn't how women respond to harassment, but how some guys behave towards women in the first place. It seems like too many men see women on a night out as potential targets or conquests, rather than people in their own right. It's easy to tell from things like eye contact and smiling whether someone's up for chatting or dancing; if a girl's just doing her own thing, persistently inflicting yourself on her suggests you think your priorities automatically override hers. And that's just dickish.

Men could also be a lot better at calling out their friends if they see them behaving unacceptably; for one thing, nobody wants to be seen as the best mate of that creepy guy all the girls try to avoid. But as for stepping in when you see a stranger harassing someone, think first. Ask the woman whether she'd like your support – and respect her answer; she may well prefer to deal with it herself. Sometimes, the fact that the incident has been noticed is all it takes for the offender to mend his ways – and for the club to feel safer and more friendly for everyone.

Beyond that, tread lightly. "Trying to take control – and usually silencing the woman – just because you happen to be a man only reinforces how pervasive misogyny is," says Tabitha. "Helping is one thing, turning your female friends into damsels in distress rather than people who can stand up for themselves is another thing altogether."

Away from the dancefloor, initiatives are being tried and tested: in London, the Women's Safety Charter is Southwark Council's attempt to work with licensed venues to take a zero-tolerance attitude towards sexual harassment and intimidation and give women the confidence to report incidents to venue managers and staff. Ministry Of Sound and The Coronet are among the clubs that have signed up and pledged to encourage reporting, taking appropriate action, supporting people who come forward and training front-of-house staff in addressing women's safety.

We all know that it's harder than it should be for women to break into the scene. Disproportionally male line-ups and far fewer visible female role models (in the form of producers, promoters, managers, and agents etc) make dance music an uneven playing field from the off. But if women can't even achieve respect on the dancefloor, how is club culture ever going to change?

Many men need to think hard about how they act towards women, and as women we need to understand that being touched or groped isn't just 'par for the course' but something we don't have to put up with any more. Promoters, clubbers, DJs and dance music fans alike should unite against unacceptable and misogynistic behaviour. So if you experience harassment or see someone stepping out of line, find an amiable bouncer or staff member, call it out, name and shame, share your stories and remember: please keep your hands to yourself.