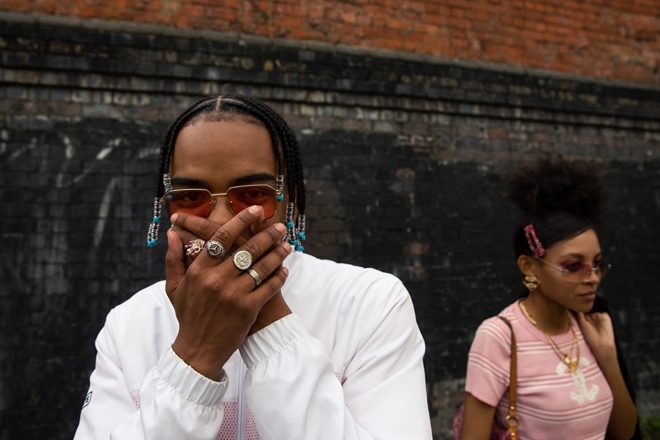 Wavey Garms – the platform which started in 2013 as a Facebook group by teenage entrepreneurs for buying and re-selling vintage streetwear and has now established itself as an influential fashion site – has released a short film called Out There.

The short takes the audience through a day in the life of the people integral to the rise of Wavey Garms: clued up teenagers with an eye for a striking piece of clothing and a lust for the underground rave scene.

Read this next: Louise Chen on fashion investments and DJing for the Beckhams

With Wavey Garms being inspired by rave culture, the music was always going to be a fundamental element to the film. Andres Branco, founder of the platform, approached Saul Milton of Chase & Status to help on the soundtrack, resulting in the selection of drum ‘n’ bass track ‘Original Business’ from Chase & Status’s latest album.

Andres tells us: “It’s a reminder of what it’s like to make your own fun, instead of staying at home on Instagram. It predates our complicated social media age, and will resonate with ages of old, and hopefully somewhat inspire the younger to communicate and enjoy the physical world”.

This project is a collaboration between director Cleo Samoles Little, Creative Producer Janina Samoles and the Wavey Garms founder Andres Branco. Paying homage to iconic films from the 90s such as Harmony Korine and Larry Clark’s Kids, Out There is a nostalgic piece exploring themes of childhood, companionship and, of course, fashion.