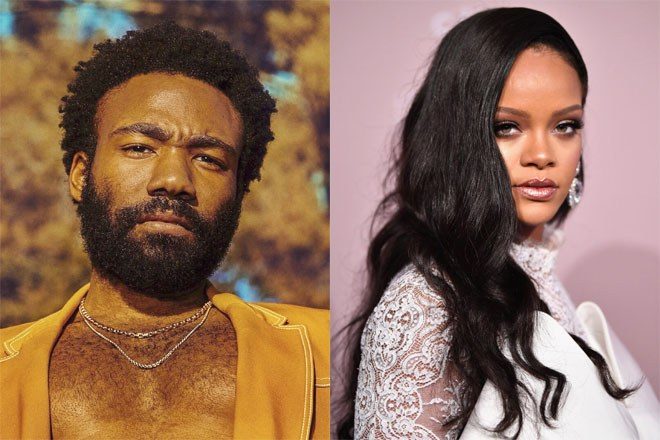 The trailer for the new film from Donald Glover starring Rihanna has surfaced online.

A fan captured video footage of the trailer for Guava Island during its premiere at Glover's Pharos festival in New Zealand and later posted it to Twitter.

Pharos is a three-day festival curated by Donald Glover, featuring various unannounced guests, including a performance from his alter ego, Childish Gambino.

Glover's character hints at the subject matter of Guava island, stating "we live in paradise but none of us actually have the time of the means to live here" following a scene where Glover is threatened by three armed children in a back alley.

Hire Murai is thought to be the director, the man behind Childish Gambino's 'Sober' and 'This is America' music videos, as well as Glover's TV show Atlanta.

Shots of Rihanna and Glover on set were leaked on Instagram from a fan account yesterday, without labelling of location.