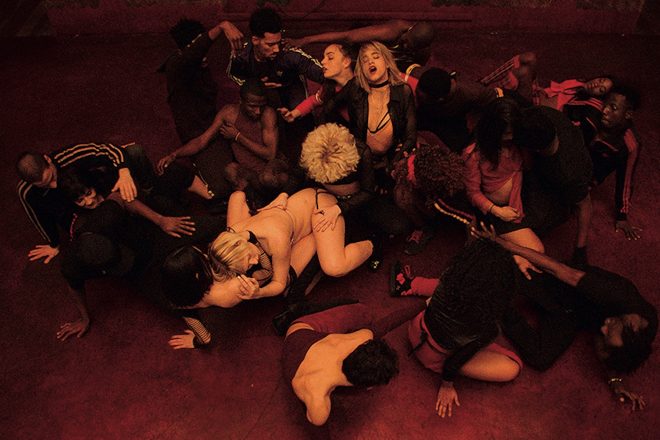 Argentine director Gaspar Noé has shared the debut trailer for his highly-anticipated film Climax, which reveals what the mystery surrounding what takes place during an LSD-fueled dance party.

Originally premiered at Cannes this year, where it won the Art Cinema Award out of the Cannes' Directors’ Fortnight lineup, Climax has been getting increased attention due to Gaspar Noé's unique storytelling.

According to The Telegraph, Climax stars Sofia Boutella and "follows a group of dancers on an intensive residential course at a school on the outskirts of Paris, whose post-rehearsal punchbowl is spiked with some unknown hallucinatory substance, bringing on a speedy mass descent into Noéan psychosis. Graphic self-mutilation and orgiastic sex ensue, all captured in the director’s trademark undulating camera moves, punctuated by title cards which offer mottos such as 'death is a unique opportunity', and set to a throbbing backing track of vintage techno, house and electronic music."


Daft Punk's Thomas Bangalter has also contributed a new track to Climax titled 'Sangria'. Bangalter's track is joined by his previously released music 'What to Do' as well as Daft Punk’s 'Rollin’ and Scratchin’. Bangalter has worked with Noé in the past, contributing to his 2002 film Irreversible and Enter the Void in 2009.

Watch the full trailer for Climax below, as well as the teaser of Bangalter's track, and look for the film to be released September 28 via A24.