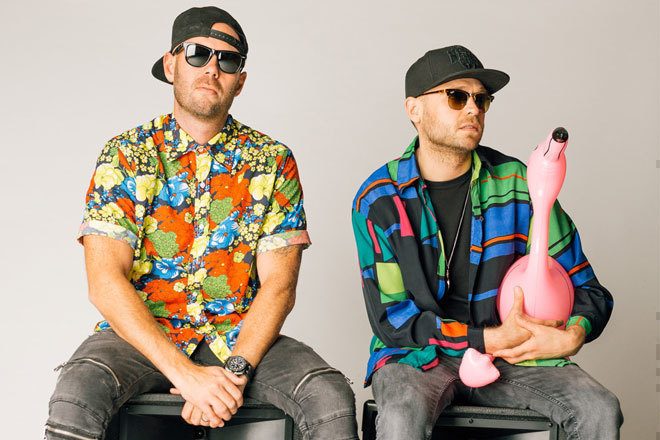 After the incredible time we had last summer streaming Sonny Fodera, Riton and Eton Messy on the crystal waters of the Adriatic Sea at Hideout festival, we had to return this summer.

We’re linking up with the Smirnoff Sound Collective for the second year running to throw wavy parties on the Smirnoff House Boat, with Solardo (pictured), Dreem Teem and Danny Howard locked in to provide party-starting selections.

There’s no genre better for enjoying with sunshine than UK garage, and Dreem Teem will bring the old-skool vibes in abundance to the Croatian coastline.

Solardo’s irresistible sets of raucous tech house have seen the Manchester-hailing duo rise meteorically over the past 12 months and establish themselves among the UK’s most sought after selectors. And as a leading figure in the dance ranks of BBC Radio 1, Danny Howard also stands among the best in the business for kicking dancefloors into action.

Each set will be filmed and available to watch across July 3 and 4. To whet your appetite, check out Sonny Fodera’s lively session from 2016 below.