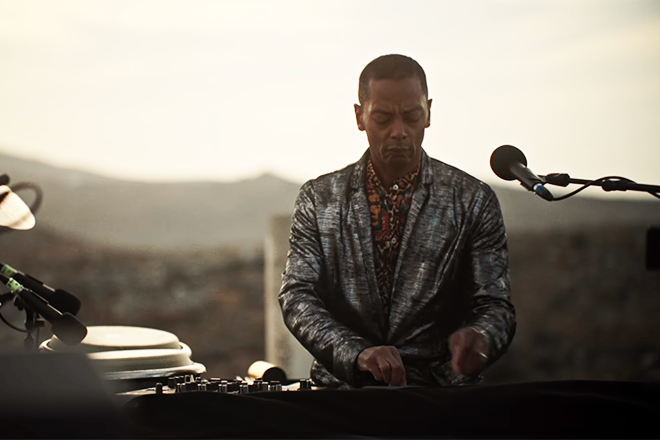 Over the weekend, Jeff Mills took to the UNESCO World Heritage Site of Delos near Mykonos, Greece — where he performed a live set against the backdrop of the 2500-year-old ruins.

Together, the three musicians form the music ensemble Tomorrow Comes The Harvest, a project aiming to go above and beyond the normal imagining of a live performance.

“Live at Delos Island was a dream-like experience. The geographical location, the situation and the goal are not things that I would consider normal,” Mills said on the show.

Entirely improvised, the show “accumulated in something poetic”, according to Mills, “which was until this occasion, only imagined as an extension of what the late great drummer Tony Allen and I initiated.”

The sunset performance took place right in the heart of an archaeological UNESCO World Heritage Site in Delos, the mythological birthplace of Apollo. The island homes an amphitheatre, statues, and ancient market ruins that are thought to have been built around 600 BC.

Read this next: Jeff Mills has created an electronic music magazine

The set took place “without a live audience, but filled with the light and air of the Mediterranean – at the Temple of Isis.

“After this experience, it is hard to imagine that each of us are the same people (mentally) we were before we travelled to Delos. I’m not sure exactly what, but I have the sense that something was advanced and elevated,” said Mills.

The film created of the performance was directed by Christos Sarris, and was aired live by the Onassis Foundation. Watch Jeff Mills, Prabhu Edouard, and Jean-Phi Dary perform the improvised live set below.