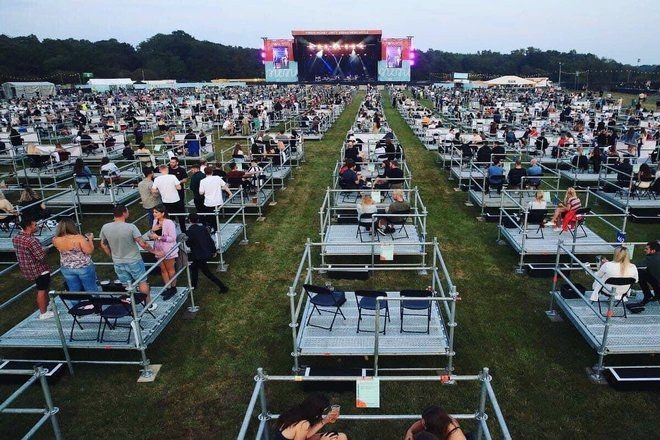 The UK's first socially distanced gig has taken place and footage and photos from it are doing the rounds.

A far cry from the illegal raves that have been happening over the past few months, singer Sam Fender headlined the sold-out outdoor gig at the Virgin Money Unity Arena in Newcastle.

Groups had their own viewing platforms - all two metres apart - with a table, chairs and their own food and drinks.

The UK’s first socially distanced gig is happening now in Newcastle with @samfendermusic headlining, and where attendees have their own private viewing area with 2m of space between them. Here’s what it looks like #samfender #unityarena pic.twitter.com/YBdxpAjYyi

2,500 people flocked for a socially distanced concert in Newcastle, UK. Each set of concert-goers had their own private viewing platform, table, chairs & a fridge. #CoronaInnovationpic.twitter.com/TQY1SNCSbl

COVID-19 restrictions have had a huge impact on UK nightclubs and venues, which haven't been able to open for months. It's still unclear when they will be able to do so.