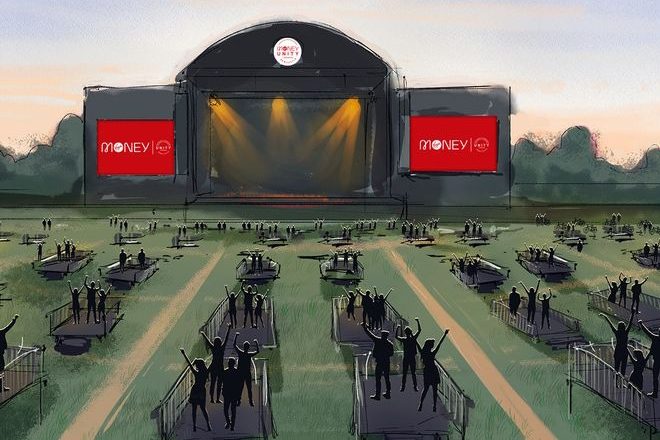 It was only a matter of time. The UK's first socially distanced music venue is opening this summer.

The venue - the Virgin Money Unity Arena - will be located at Newcastle Racecourse and will host everything from DJ sets and live music to entertainment and comedy. All line-ups will be announced on Tuesday, July 7.

Ticket holders will have their own viewing areas which will be located two metres apart, to stay in line with measures due to Covid-19. There will be one-way access to toilets and food and drink will also be able to be pre-ordered.

SSD Concerts, alongside the organisers of Newcastle's This Is Tomorrow Festival, are behind the venue.

SSD managing director Steve Davis said: “Since all of our scheduled concerts have been postponed to later in the year and all venues in the city closed, the staff at SSD had a willingness to continue.

“We can’t be without music during these times so our only thought has been how can we bring music back to the British public safely and responsibly.

“We have been hosting loads of live sessions and DJ sets across our social media, supporting local artists and raising money for the NHS. Now, we’re taking it one step further as the UK slowly comes out of Lockdown."

He added there will be several "high-profile" artists being announced.

News of the venue comes after a series of UK drive-in shows and socially distanced events in Northern Ireland were announced. Drive-in raves also took place in Germany in May.