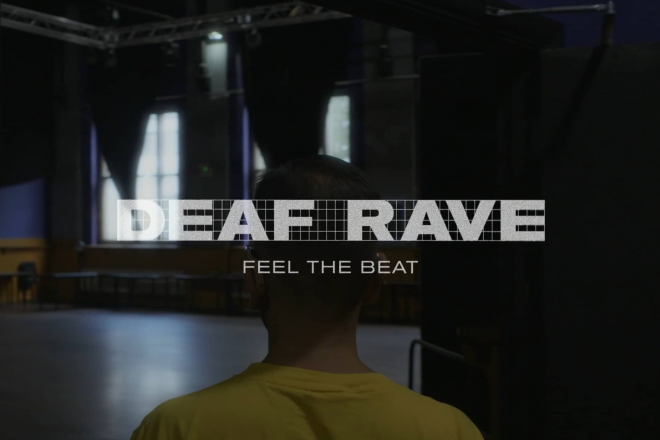 The four-minute short was directed by filmmaker Coral Brown, and shines a light on Troi Lee and his pioneering event Deaf Rave.

Hackney-based DJ Lee founded Deaf Rave in 2003, and over the years he has cultivated a close-knit community of passionate partiers who share his love of music.

"When I communicate with people I lip-read, but when it comes to music as soon as it comes out of the speakers, my body just responds to it," says Lee in the film. Adding, "There are very few places for deaf people to meet and socialise."

As explained in the film's description, individuals who suffer from deafness are twice as likely to suffer from depression in comparison to those without hearing loss. The description and indeed the film also addresses the stigma attached to being a deaf music fan.

Deaf Rave features in ‘Beyond the Screen’, a series of six short films which shine a light on the inspirational young people who have connected through Facebook to take action in the real world.

Check out the film below, and to find out more about Lee's work or his Deaf Rave events take a look here.

Last year we shared a feature explaining why nightclubs need to be more accessible for disabled clubbers. Read it here.