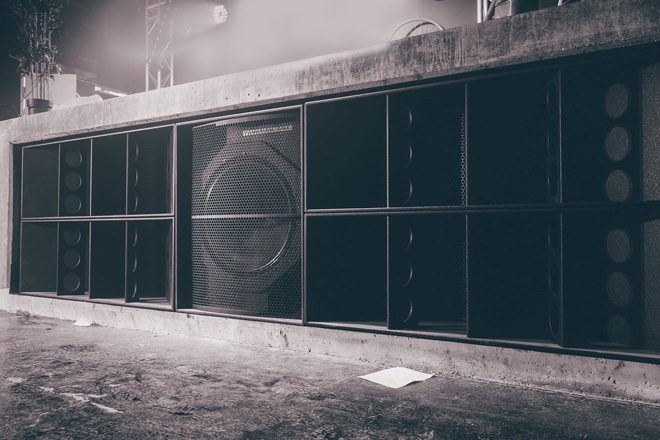 Undivide is the brand new event series bringing a slew of carefully curated bass-driven parties and showcases to some of London's most beloved venues.

The concept first emerged out of London’s Printworks on New Year’s Day 2018, and was curated by a trio of trusted UK music and event promoters.

The crew behind Undivide aim to showcase, “the supreme of UK and global underground music culture”, according to a press release. Adding that they hope to, “provide a platform for a plethora of artists to deliver an assorted portrayal of bass-driven music encompassed within dance music.”

With four shows lined up for the rest of the year, Undivide’s first event will be hosted alongside 20/20 LDN, who are bringing their namesake party back to South London's Corsica Studios for an autumn edition on October 20. Hosted by the label’s founders Ivy Lab, the night is set to merge futuristic hip hop with weighty dubstep and other low-end heavy sounds. Other names on the bill include Joker, Rocks FOE and Nervous Horizon crew members TSVI and Wallwork.

On October 26 S.P.Y will bring his Dubplate Style to Studio 338 for a Halloween special, which will also play host to the likes of High Contrast, Nu:Tone, Shadow Child and The Blast.

Undivide is also linking up with Jungle Jam and Hospital Records to host a night at E1 on November 2. The likes of Congo Natty, Dillinja and Benny Page will be taking the reins in Room One for Jungle Jam's takeover while over in E1's Black Studio (pictured) Danny Byrd is set to celebrate the launch of his new Hospital Records release 'Atomic Funk'.

The final event this quarter will be hosted alongside Critical Sound at E1 on December 8.

For more information about Undivide and any of the forthcoming events head over to Undivide’s Facebook. Grab tickets to any of the parties here.