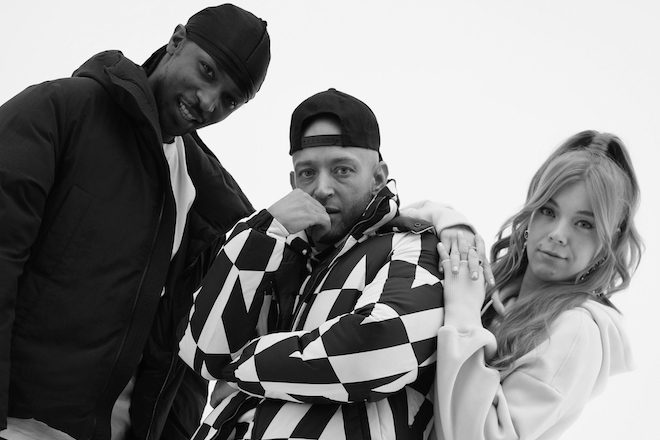 North London’s B Live has released his latest single, ‘Don’t Know About You’. It features Becky Hill and JME, marking B Live’s comeback into the UKG world.

‘Don’t Know About You’ is produced by Sticky and Champion, with the track emerging after B Live was featured on friend Skepta’s ‘Love Me Not’.

Read this next: Listen to popstar Becky Hill’s new podcast on ‘The Art Of Rave’

The single is a bass-heavy, percussive cut. Hill’s vocals add elements of feel-good, whilst B Live’s explosive energy and flow is joined by JME’s penmanship to tie the tune together.

‘Don’t Know About You’’s production involved Hill being joined by MNEK to pen the vocal hook, which has since been paired with futuristic visuals.

B Live hasn’t only dipped his toe into the waters of UKG. Over the years, he’s ventured into grime, dubstep, bassline and drum ‘n’ bass, being discovered by DJ EZ.

Read this next: DJ EZ has announced a house and techno alias

You can stream ‘Don’t Know About You’ now - check it out here.