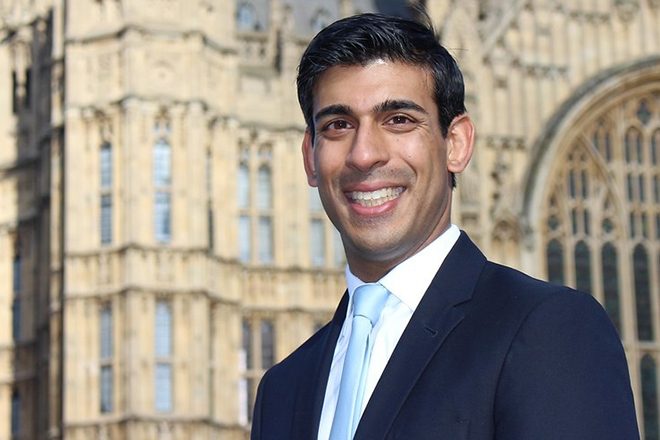 In a new interview with ITV News, UK chancellor Rishi Sunak has suggested that musicians and people working in the arts impacted by the pandemic should retrain or find other jobs.

People working in the arts and nightlife have been urging the government to provide greater support to the industry, including a petition that has received more than 100,000 signatures and will now be considered for a debate in parliament.

Sunak gave little indication that any more support would be coming, saying: "I can't pretend that everyone can do exactly the same job that they were doing at the beginning of this crisis.”

“My simple message is we’re trying to do as much as we can to protect as many jobs as possible … Three quarters of a million people have already lost their jobs, we know that, and that is likely to increase.”

Sunak also said: “We’ve put a lot of our extra resource into trying to create new opportunities for people”, referencing the £1.5 billion cultural recovery program, the self-employed support scheme, and the Kickstart Scheme that is providing funding to employers to create job placements for 16 to 24 year olds.

When asked “but that’s a different job isn’t it? That’s you saying go and get a different job?”, Sunak replies: “That is fresh and new opportunity for people, that’s exactly what we should be doing.”

The ITV News interviewer states: “We’re a country that has created so many fabulous musicians and artists and actors, and you’re effectively saying ‘I know it’s hard, but maybe go and get another job’.”

In response, Sunak said businesses have to adapt: “Can things happen in exactly the way they did? No. Everyone is having to find ways to adapt and adjust to the new reality.”

What's Rishi Sunak's message to musicians, actors, freelancers in the arts who don't feel govt is supporting them? Should they get a different job?

The Chancellor told me it's "not right that there's no work available...and everyone is having to adapt." @ITVNewsPolitics pic.twitter.com/ewrQixpAne

Nightclubs are unable to run as normal currently, and the current 10pm curfew on business hours is earlier than most nightclubs tend to open.

Labour’s Deputy Leader Angela Rayner said the government should be supporting industries that would be viable were it not for the pandemic.

She said: "Some of those businesses that are going to go to the wall under the chancellor's watch are viable businesses had it not been for the covid restrictions that they're facing.

"People are feeling incredibly disappointed, they've got local restrictions and yet they're not getting the support package to support those businesses to survive the COVID crisis.”

'We're not Captain Hindsight at all, we've had plenty of foresight - we've just seen a huge amount of incompetence from the government'@AngelaRayner says ministers are 'not accepting responsibility for the disaster that they've made' of #coronavirus https://t.co/6Y9xMaxl1I pic.twitter.com/ZkCEif2yDW