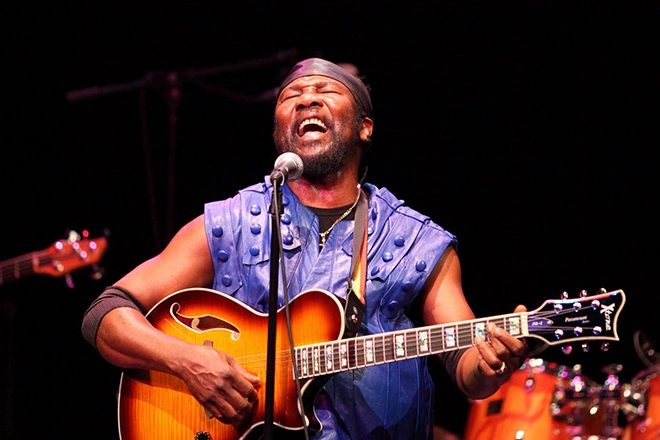 He was admitted to a private hospital in Kingston, Jamaica towards the end of last month for suspected COVID-19, although the cause of his death has not been mentioned in the official statement given by his family.

In this statement, his family has said: ‘It is with the heaviest of hearts to announce that Frederick Nathaniel “Toots” Hibbert passed away peacefully tonight, surrounded by his family at the University Hospital of the West Indies in Kingston, Jamaica

‘The family and his management team would like to thank the medical teams and professionals for their care and diligence, and ask that you respect their privacy during this time of grief.

‘Mr Hibbert is survived by his wife of 39 years, Miss D, and his seven of eight children.’