TONI is on a 'No Thoughts, Just Vibes' flex on her latest single - News - Mixmag
Home Latest News Menu 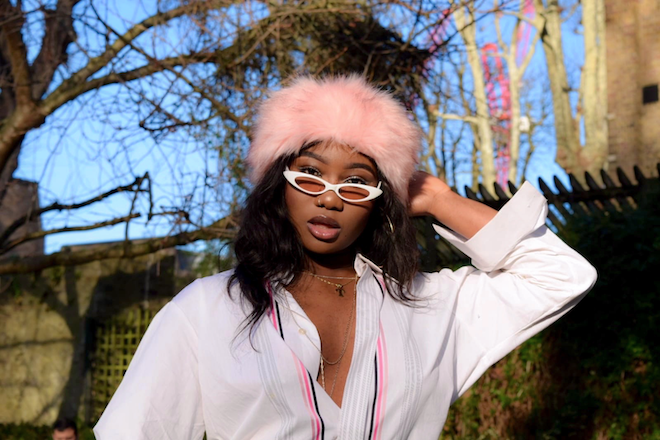 TONI has this week released her latest single ‘No Thoughts, Just Vibes’, a mood to set the tone for the whole of 2021.

The track is laid back, muted, the musical equivalent of ‘moisturised and unbothered’.

TONI spent most of 2020 working on the forthcoming release of her visual EP ‘Black Girls Don’t Cry’, which was postponed due to the third UK lockdown.

‘No Thoughts, Just Vibes’ was conceived as a way to break a cycle of not releasing music and to keep TONI’s mind busy. It is the start of a series of monthly single releases, a challenge that TONI has set herself, that she will accompany with self-made visuals.

‘It’s liberating to go back to just being carefree about creativity. As a full-time independent artist, I have had to be more in tune with the business aspect,’ TONI says.

‘‘No Thoughts, Just Vibes’ is the single for January but also my mood for the rest of the year, as this strange time of so much uncertainty, in a weird way, has really helped me with my anxiety. As a chronic overthinker and over-planner, it’s made me accept that not everything is in my control, and after spending the last year working on a very personal intense project, I’m excited to just talk shit and have fun. I’ve decided to give up thoughts and go with the flow of everything.

‘The song was freestyle, mixed and mastered on the same day, and the video shot and recorded the day after with a bottle of Prosecco at 3am. Literally no thoughts, just vibes.’

Watch the video for ‘No Thoughts, Just Vibes’ below.