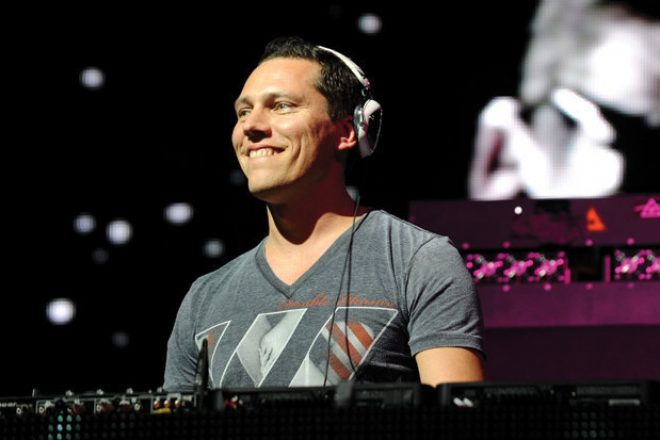 A Tiësto fan who passed away in July was commemorated at Creamfields this weekend, where his ashes were scattered from confetti cannons.

Stuart Mitchell took his own life in July. His family sold his Creamfields tickets which he’d booked ahead of the bank holiday weekender in order to help pay for his funeral.

Cousins Ryan and Liam Millen bought the tickets from Mitchell’s family, who then asked if they could scatter some of Stewart’s ashes at the festival so “he truly went there one last time”.

Read this next: Creamfields announces new festival in Chelmsford

In a letter to the cousins, Stuart’s family member wrote: “This is a little of my son Stuart’s ashes. I would be most grateful if you would be able to scatter them somewhere at Creamfields.”

The cousins then decided to dedicate their weekend at Creamfields to Stuart, having two banners printed with a picture of him and his son, reading “this last dance is for you mate”.

Asking the event organisers if they could take the banner onto the main stage, staff responded that they were “absolutely bowled over” by the request and helped to get DJs to hold it up during sets across the weekend.

Staff then suggested that they put Stuart’s ashes into a confetti cannon for Tiësto’s closing set on Sunday night. When they agreed, his family responded saying that it was the “first bit of good news” they’d received since Stuart passed away.

“I thought 'oh my goodness, he's going to Creamfields'," said one family member. "But I did not expect 'we blew him out of a cannon',” she added, saying that the cousin's efforts had "110% helped with the grieving process”.

Read this next: Tiësto: "EDM now just means all the music you're not supposed to play"

Stuart was a Tiësto superfan, who at his funeral, was celebrated with his favourite song ‘Adagio for Strings’. Ryan Miller said that the confetti tribute was "an unforgettable” homage to someone “who was taken from this earth far before his time".

Stuart Mitchell’s family are now advocating for awareness of youth suicide, raising money for charities such as Papyrus, where they’ve raised £1200 so far.