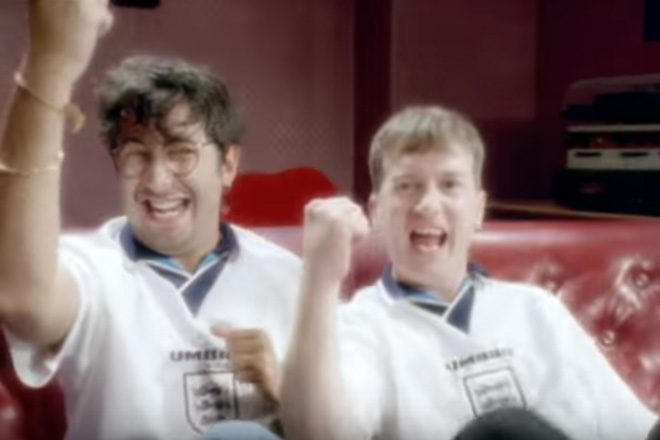 Following England’s victory over Sweden in the World Cup this weekend, it seems that the whole nation was in the spirit of things, with ‘Three Lions’ taking the number one spot on Spotify.

The Euro '96 anthem managed to topple Drake from the top spot, clocking up over one million streams in just one day.

If England manage to beat Croatia on Wednesday in the semi-finals, it's likely that Baddiel, Skinner and The Lightning Seeds won’t be going anywhere just yet.

Gareth Southgate and his England team aren't either for now.