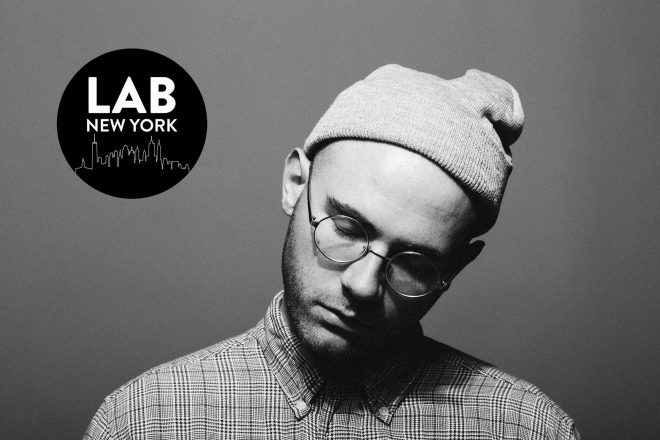 The Lab NYC is Mixmag and Smirnoff Sound Collective's weekly afterwork party where we stream the best American and international DJs from the intimate space connected to our Brooklyn office. Mixmag welcomed The Range to The Lab NYC for a genre-bending set in his home town.

Inspired by early ‘90s jungle, early ‘00s grime and mid ‘00s electronica, The Range, aka James Hinton, delivers an expansive sound that transcends classification. Spawned in Providence in 2011, around the time he finished schooling at Brown University and earned a degree in Physics, the musical project took off with early releases on Donky Pitch before signing to Domino Records. Now with the label’s support, he’s released his second album, ‘Potential’, which showcases intricate and complex arrangements, fusing hyper rhythms with an overall emotive and melodic motif.

2016 has been a busy year for The Range as his sound continues to reach a broader audience. He toured the world with acts like Rome Fortune, Phantogram, Empress Of and CHVRCHES, while also releasing a documentary about the unique production process of his recent album. Look for him to continue to push the boundaries as his career blossoms and don’t miss his Lab NYC set that is sure to put his sound profile on full display.

The Lab NYC is strongly powered by Void Acoustics. Subscribe to Mixmag TV and watch The Range live on Mixmag's Facebook page on Friday at 8pm EST